Kenneth Goh speaks to Creative Director of Maison Valentino, Pierpaolo Piccioli, in Rome after the fall/winter 2022 haute couture show where he brought a sense of community, inclusivity and ultimately, beauty, to the world right in the heart of the Eternal City. 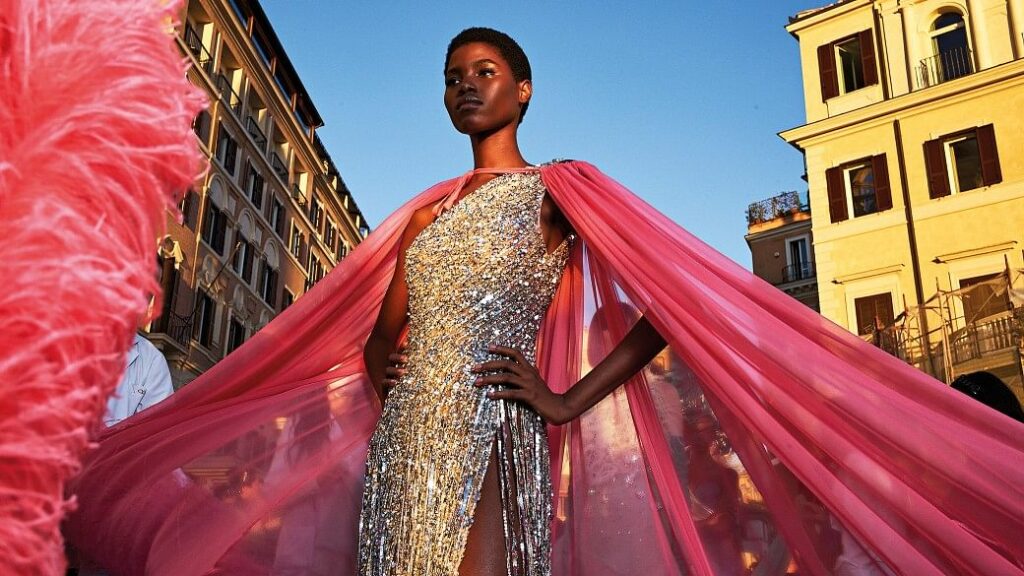 It’s the day after Valentino’s incredible fall/winter 2022 haute couture show. Having taken place at Rome’s famous Spanish Steps, it was one of Creative Director Pierpaolo Piccioli’s most extravagant presentations for a House that he’s been working with for over 23 years. After an exquisite Japanese lunch at Zuma, I’m walking down Via dei Condotti, to the Valentino headquarters located not too far away, for my interview with Piccioli.

The 40-degree summer heat is sweltering and the street is completely packed with gelato-consuming tourists. The mile-long runway from the night before— which cascaded down the Spanish Steps onto a street lined with rows of seats for guests—has already been dismantled, the barricades broken down, so that everyone is able to take their obligatory shots of the famous 174-step structure, with the majestic Santissima Trinità dei Monti church perched at the top, outlined against clear, blue skies. 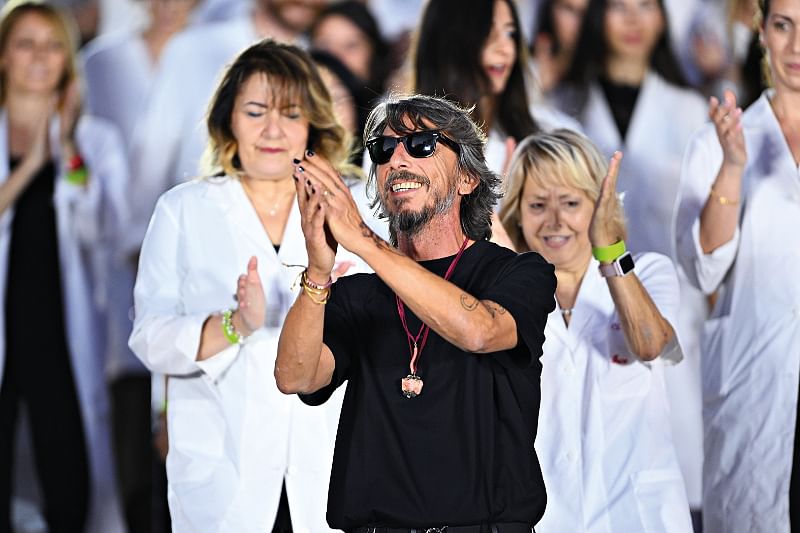 Creative Director Pierpaolo Piccioli with the Maison’s petite mains at the end of the runway show. Photo: Valentino

I am very excited to meet Piccioli—especially after having come off such an emotional high from the night before; and at Piazza di Spagna, the very place where the Maison started its journey, no less. Justifiably called “The Beginning”, the collection reflects Piccioli’s “hope, freedom and promise” and a deeply personal sentiment about how it is a conversation with Valentino; of “how much of him is in me and how much I returned”, as the show notes read. The exchange, we learn, is “imagined and real, around shapes, proportions, colours”. And what manifested on the runway was over 100 looks that traversed time, space, colour, size, gender and age.

Piccioli, in a brown silk pyjama suit that complements his olive complexion beautifully, is thoroughly at ease and in a languid mood, with the stresses of just hours before clearly behind him. The sun-soaked room in his atelier is everything you’d imagine his personal work space to be. It’s filled with books, vases of congratulatory flowers and lots of wooden furniture and matching floors that echo the antiquity of the space we call the Eternal City. And it is here that we speak of the importance of diversity, communities and the power of fashion.

What’s the most fulfilling thing about creating couture?

It’s an experience, even for me. I called this collection “The Beginning”. Because in couture, you don’t have paper or road maps. Every time, you start from a new point; from the beginning. It’s a process that makes me feel very open; open to a new project and a new experience. Couture is an outward reflection on myself, my identity, the brand, and managing what we are and who we are. 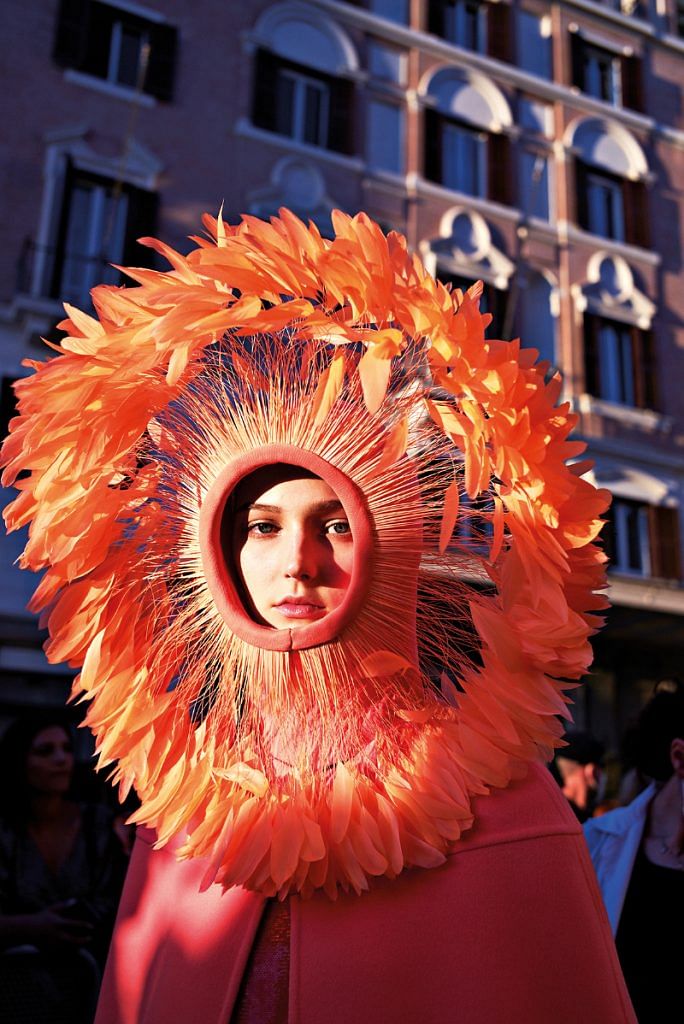 And is fashion your way of communicating this dialogue?

Yes. I think that true beauty can empower people, you can give hope, lightness and creativity. This collection is a reaction to the times that we are living in—to fight dictatorial governments, beauty can be much more powerful than any weapon we hold. In my conversations with Mr. Valentino, we talk about the beginning of the fiesta dress from 1959, the ghosts of his past, the colour red and its lightness, and the extraction of the shape. And through these conversations, I feel a responsibility to depict the world I hope we live in. So you see the casting of black girls, Asian girls, different cultures, different proportions and different ages. There is no gender actually because there are guys wearing feminine clothes and romantic clothes. You don’t feel there are boxes that people must stay within. I wanted people to see the world as it should be.

Why the Spanish Steps? Is it because it’s almost like a meeting place; a melting pot of many cultures and influences?

The Spanish Steps are a symbol of all the above. I wanted to use the power of imagery to deliver a message with resonance. I wanted to show the sense of community, and the shift away from the perfect lifestyle and success stories of the ’80s and ’90s. I’m moving the brand away from that fairytale to one for people who share the same values and dreams: Equality, freedom and being one of a kind.

You’ve been with the House for 23 years. What do you think has been the greatest shift in terms of your thought processes about fashion, and of course, your message?

I’ve never denied the past and have never had the need to destroy it in order to be the future. I feel that the past is part of the memories. We have to be aware of our roots, and I did it in a very flowing, natural way. So, the DNA of the House is kept by using satin bows, red roses, similar colours and lightness. The big shift was to move from that idea of lifestyle and perfection to an idea of community. That’s the main issue I wanted to manage. And I feel that the show made that shift apparent. 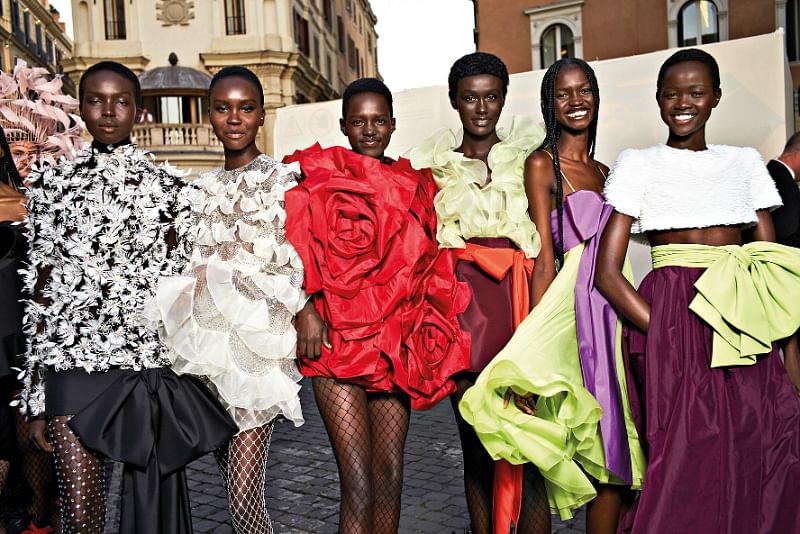 The models after the runway show. Photo: Valentino

“COUTURE IS AN OUTWARD REFLECTION ON MYSELF, THE  BRAND, AND MANAGING WHAT WE ARE AND WHO WE ARE.” 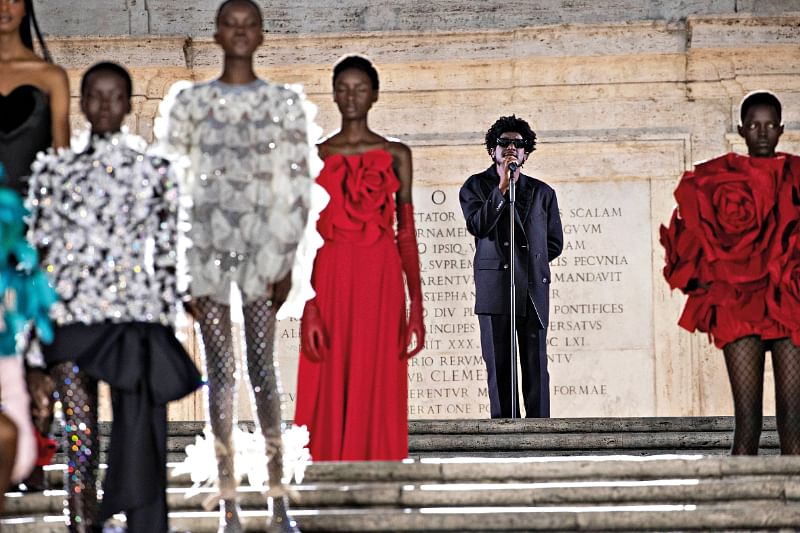 I was looking at your front row and seeing the diverse communities that you had there. I think that it was really beautiful to see all that represented—both on the runway and off the runway. Now, you brought menswear into couture. The traditional idea of menswear, and what designers seem to gravitate towards, has always revolved around tailoring. And you’ve completely changed that discourse. Why did you do so and why do you feel it’s time to change that?

I feel that tailoring is the exact opposite of the future. In terms of fashion, couture means femininity, and tailoring means extreme masculinity—an exhibition of power and self as a means of empowerment for men. The ritual of tailoring and made-to-measure have something in common with the values of couture. But the representation of couture and masculinity are completely opposite. I wanted to connect the idea of tailoring and couture, which is almost revolutionary, I think. And what I really want is the freedom to be whoever you want to be. A wardrobe can be shared, with guys wearing feminine clothes or girls wearing trousers. In the last three decades, the traditional roles of men and women have changed dramatically and I wanted to reflect that on the runway. I think we succeeded. 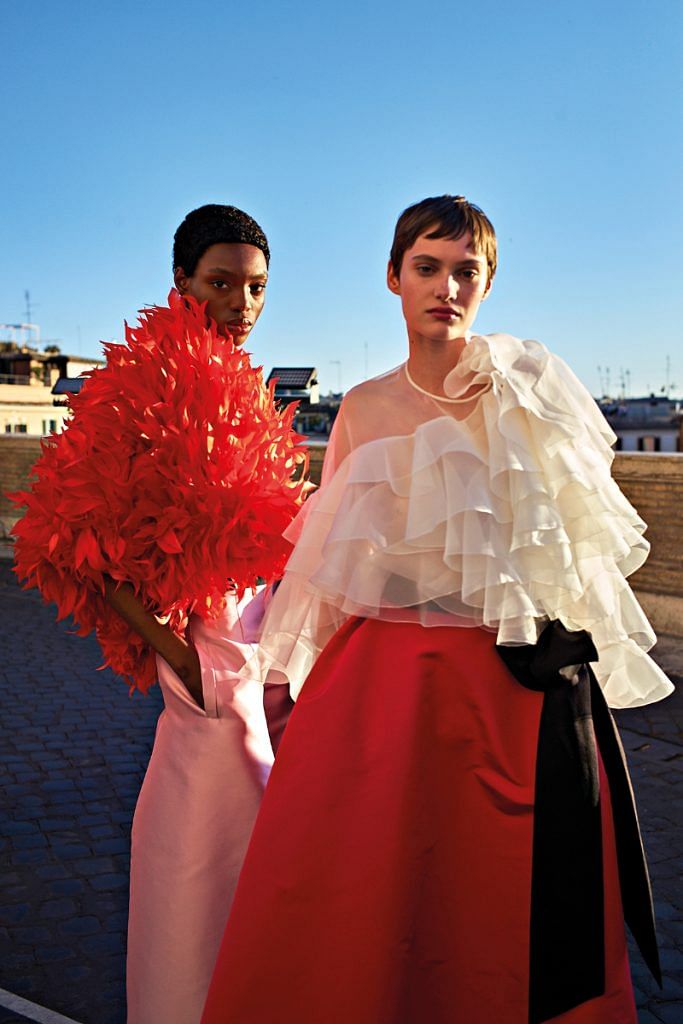 Having been brought up as an Italian Catholic, does religion ever play into your design?

Not at all. I’m probably more influenced by the artists from the Renaissance or Middle Ages. They were commissioned by the church because it was the most powerful organisation in Italy. But I’m more fascinated by the artists themselves than by Catholic figures or the Catholic spirit.

What do you think is the most exciting thing in fashion today?

What makes you happy?

– – – – –
This article first appeared on harpersbazaar.com.sg