How The Fashion World Is Staying Woke 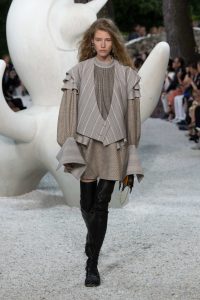 It's official: fashion has reached peak #fitspiration, culminating at the Victoria's Secret show last November. The popularity of the thigh gap and Toblerone Tunnel--the ones that Bella, Gigi, and Kendall are blessed with--have resulted in the onslaught of gimmicky teatoxes, controversial waist trainers, and overhyped juice cleanses, while Instagram feeds are bombarded with the hashtag #BodyGoals. But in today's age of body diversity and empowerment, how is Victoria's Secret's million-dollar Fantasy Bra and the hyper-sexy image of the lingerie brand relevant to the average woman at large? 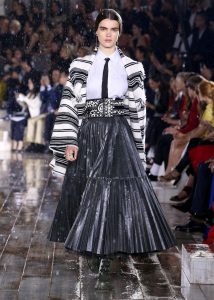 For quite some time now, the female body has been and continues to be subject to the whimsies of male gaze–more often than not surveyed on a superficial level. In the 18th century, corsets were worn to the extremes–bodices were squeezed, pinched, and crushes–all in the name of a 17-inch waist and pure vanity. In modern–and less torturous–times, Kate Moss’s heroin-chic fronted Calvin Klein’s Obsession fragrances campaign, while Carmen Kass’s “G”-shaped pubic hair became the star of Tom Ford’s 2004 ad campaign at Gucci, photographed by Mario Testino.

The reality check? The power of the feminine physique is, indeed, woke, and no longer requires an R rating prerequisite to get its message across.