The BAZAAR Snapchat Directory, All you Need to Know 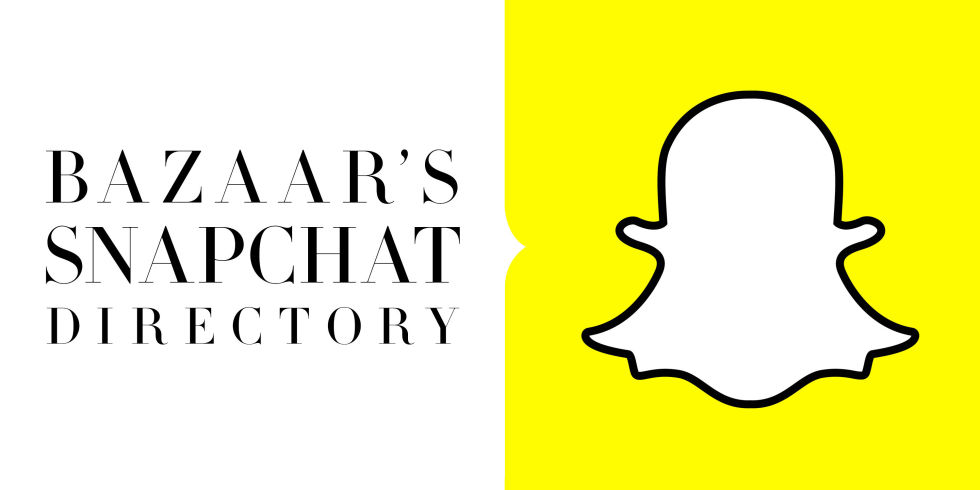 From the proliferation of Snapcodes on Instagram to the mass pilgrimage of celebs to the app (even Hillary Clinton’s on it!), there’s no denying that Snapchat is the biggest social media platform of the day. Here, we’re covering everything there is to know about the app, from the basics to hacks that’ll your Snaps to the next level. Celebrities are hopping on the Snapchat bandwagon by the dozens lately, with innumerable A-listers joining the app since our last update. Here, an upgraded list of the ones you need to be following:

chrissyteigen: From cooking lessons to peeks at baby Luna, life is never boring for Teigen and husband John Legend.

jenatkinhair: The hairstylist for the likes of the Kardashians and Chrissy Teigen shares her adventures with her clients around the world.

KimKardashian: Just when you thought the social media maven couldn’t share any more of her life, Kardashian offers an inside look at her beauty routine, exclusive events like the Met Gala and adorable moments with baby North.

ladygaga: Follow for an inside look at the pop star’s life—watch out for cameos from fiancé Taylor Kinney and her pups Asia and Koji.

khudsnaps: Kate Hudson’s masterful impressions and slew of silly voices will put you in a good mood no matter what.

theoliverhudson: Kate Hudson’s little brother has no filter or self-consciousness and the wildest imagination we’ve seen in someone past the age of seven.

Rickthesizzler: Mega-star Justin Bieber finally gave in last month and shared his Snapchat account with the world—giving all the Bieliebers a firsthand look at his life, from riding around in his custom Maybach, goofing around with his best friends to spending quality time with his little brother Jaxson.

Kylizzlmynizzl: The youngest Jenner, Kylie loves a good Snapchat singalong, you’ll find her lip-synching to her favorite tunes while riding around Calabasas, and also glimpses of her supermodel sister Kendall Jenner.

Rihanna: The account is run by Rihanna’s best friend, Leandra Simone, which gives us a real behind-the-scenes look at the pop diva, from her late-night munchie runs to bathing her new puppy.

CalvinHarris: While we’re still waiting for a glimpse of life with superstar girlfriend Taylor Swift, for now Harris shows off his funny side, recording humorous moments from a life on the go.

Haileybisboring: Quite the contrary, Hailey Baldwin’s snapchat records hilarious moments with her movie-star dad Stephen Baldwin, and dance parties with her crew including Kendall Jenner, Jayden Smith and more.

ChiaraFerragni: It’s true the #BlondeSaladNeverStops, see what it’s really like to be a blogger, country hopping, attending fabulous parties, and working on photo shoots with major brands and magazines.

Joan_Smalls: From the perfect supermodel selfies, to peeks at life on-set, you won’t want to miss a minute of her story.

KellyBellyBoom1: Want to know what it’s like to be one of the newest Victoria’s Secret angels? Follow the Swedish-born stunner, Kelly Gale, for a look at her workouts and photo shoots with the legendary lingerie brand.

ChelseaLeyland: From working the party circuit and constant travels, get an inside peek as life as a DJ-about-town, plus you can’t help but be entertained by her American accent impersonations.

DevWindsor: Top model, Devon Windsor, who splits her time between New York and Los Angeles, loves to bring her Snapchat followers along for the ride.

ShaninaMShaik: The Aussie model also shares a behind-the-scenes look at life on set, where she always has her bulldog, Chopper, by her side.

Jas: She may smize for the camera, but Victoria’s Secret angel Jasmine Tookes shows off her fun and goofy side on the app, whether she’s hanging at home with model boyfriend Tobias Sorenson (thesorenson87) or girl’s night out with Victoria’s Secret babes.

#1. When you open the Snapchat app, it immediately takes you to the camera. You can either take a photo (hit the button once) or a video (hold the button down—you get up to 10 seconds).

#2. If you want, write a short message on your snap by clicking the image. A semi-opaque black bar will appear, on which you can type.

Diplo- Who doesn’t fantasize about hanging with Diplo as their best friend or permanent companion? The swaggy DJ takes insider videos into his jet-setting life where users are able to see him changing (ahem, while shirtless) into his Grammys outfit, to listening to exclusive beats he’s working on. Whatever the case, it’s obvious that it’s Diplo’s world, we’re only watching (avidly on Snapchat).

Editors across the disciples took up the challenge and have created their own snapchat identities. But how far do we want to take the Snapchat debate and its relevance in the publishing industry as a form of medium – be it in the world of print, digital or social? 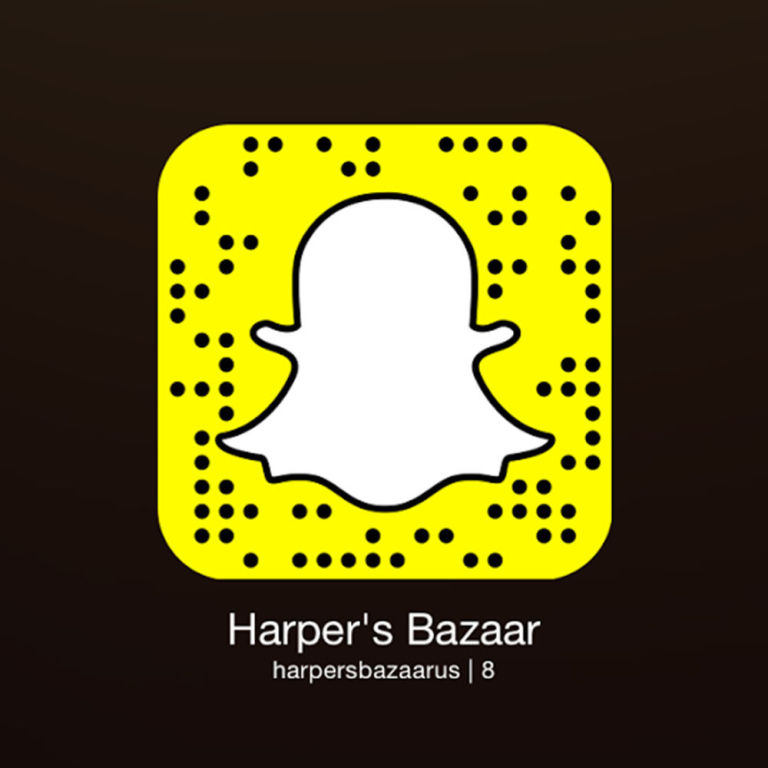 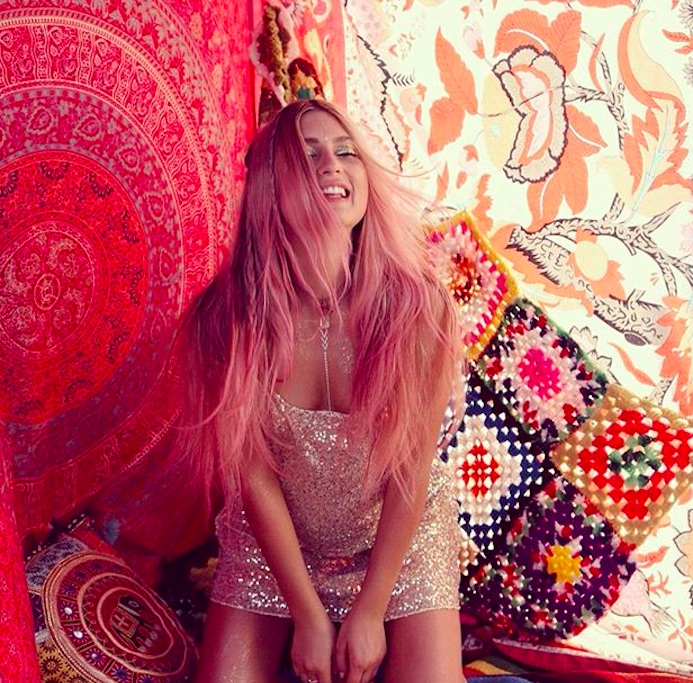 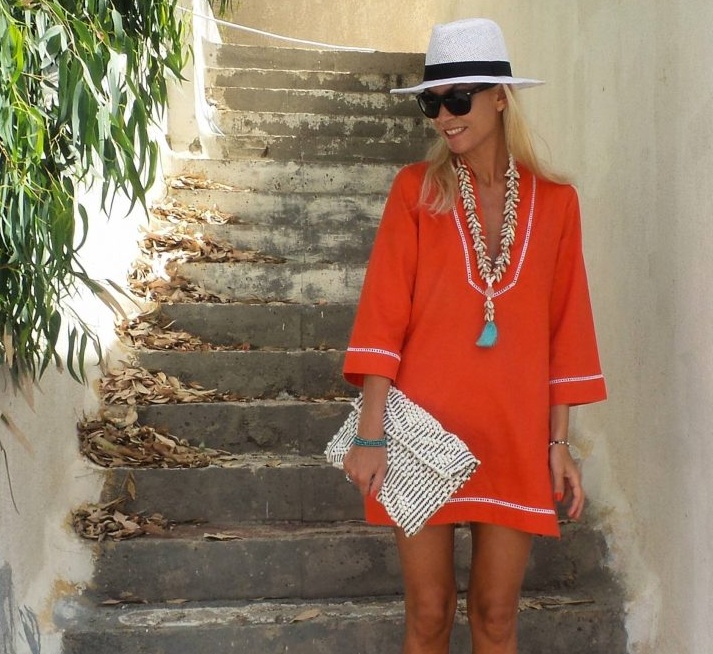 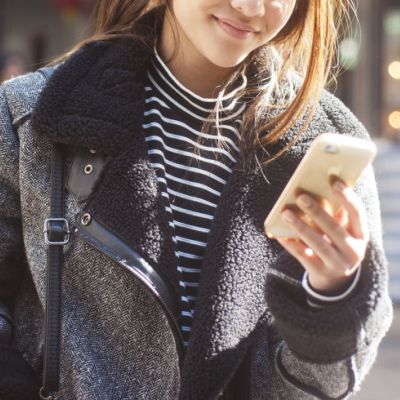