Here's what we know. Minor spoilers ahead. 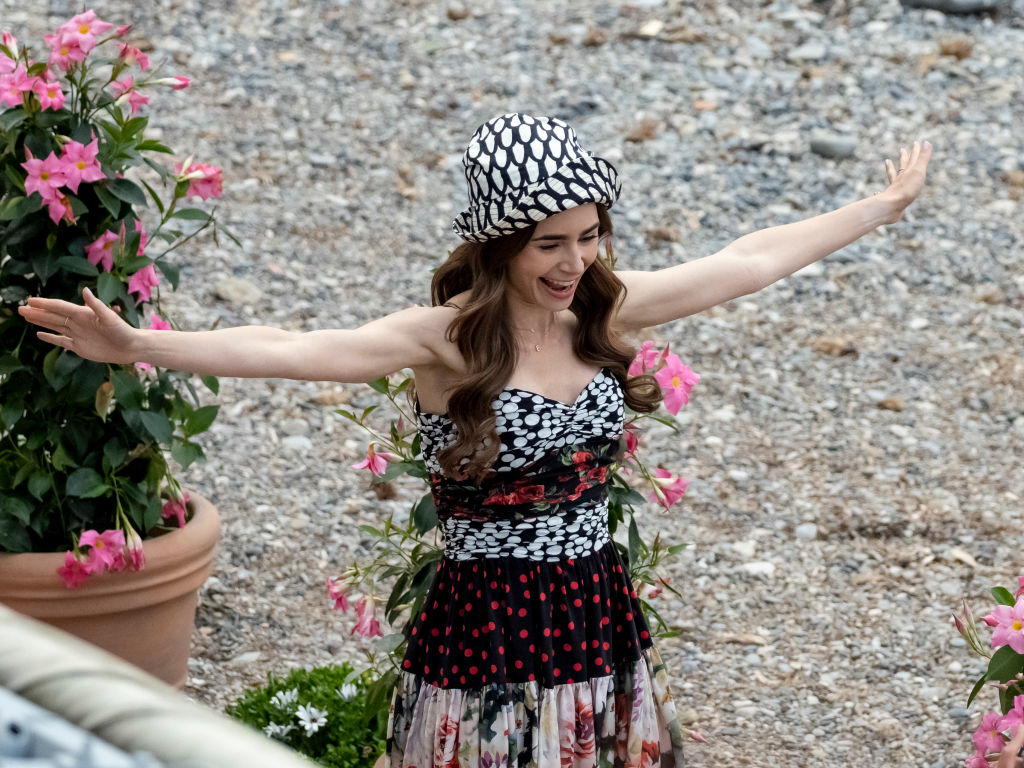 Lily Collins on set of series two of 'Emily in Paris'. Photo by Arnold Jerocki/GC Images

Netflix's Emily in Paris is the frilly, sexy, and ridiculous escape the Internet can't stop talking about—for better or worse.

By the end of the 10-episode series—spoiler alert!—Emily and Gabriel finally spend the night together after he breaks things off with his girlfriend, Camille (Camille Razat). But, he's set to leave for Normandy to start his own restaurant. In the final scenes, though, the plans change and Gabriel is able to continue working at his bistro in Paris, which is great news for Emily ... until Camille finds out and seems to want to reunite with her old flame. "Can we talk?" she texts Emily in a cliffhanger ending.

Here's what we know about Emily's next chapter.

Season 2 has begun filming, the cast of Emily in Paris revealed in a video montage. Collins and her costars appear in selfie clips announcing their return to the set. A press release from the series revealed that cameras started rolling again on May 3.