The queen has spoken.

Five days after the Duke and Duchess of Sussex announced they intend to “step back as ‘senior’ members of the Royal Family,” Queen Elizabeth II released a statement expressing her support for her grandson and granddaughter-in-law.

Her Majesty’s comments were released after she had “very constructive discussions” with her heir, Prince Charles; the second in line for the throne, Prince William; and Prince Harry himself at Sandringham Estate. Duchess Meghan is believed to have joined via phone call from Canada, where she is staying with her and Harry’s son, Archie Mountbatten-Windsor, but that remains unconfirmed. 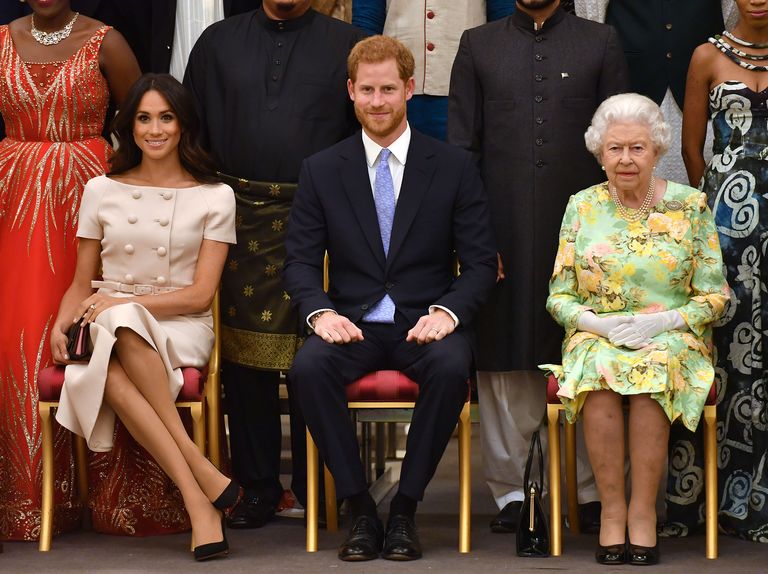 Meghan, Harry, and the queen at Buckingham Palace in June 2018.

“My family and I are entirely supportive of Harry and Meghan’s desire to create a new life as a young family,” part of the queen’s statement read. “Although we would have preferred them to remain full-time working Members of the Royal Family, we respect and understand their wish to live a more independent life as a family while remaining a valued part of my family.”

She also reiterated the couple’s plans to become financially independent and possibly make their own professional incomes. “Harry and Meghan have made clear that they do not want to be reliant on public funds in their new lives,” her statement continued.

“It has therefore been agreed that there will be a period of transition in which the Sussexes will spend time in Canada and the UK,” she added, echoing the couple’s plans to split their time between North America and the United Kingdom, which they expressed in their original announcement.

The “geographic balance” would help the couple raise their son “with an appreciation for the royal tradition into which he was born,” while also offering the family space to focus on their next steps, which includes ongoing charity work, Harry and Meghan explained last week. Meghan reportedly already flew from London to Canada on Thursday night to reunite with Archie, who was being cared for by her friend Jessica Mulroney and a nanny. Harry is expected to follow soon.

The queen concluded, “These are complex matters for my family to resolve, and there is some more work to be done, but I have asked for final decisions to be reached in the coming days.”

Read Her Majesty’s full statement below.

A statement from the Queen: pic.twitter.com/OH83vneXvQ