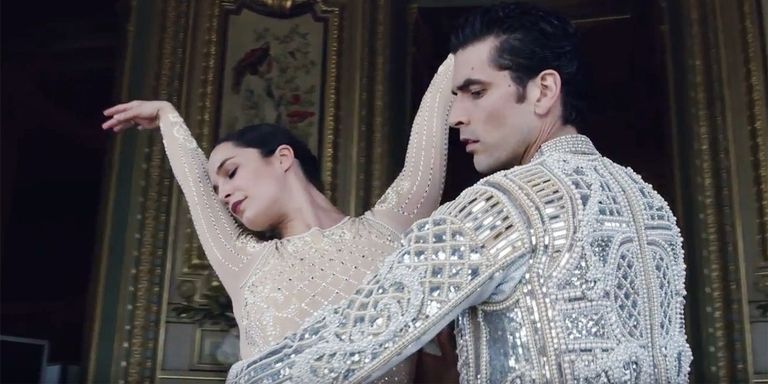 Olivier Rousteing and Balmain may be synonymous with sexy clothes that work as well on the red carpet as they do at the club, but all of those intricately crafted pieces translate perfectly to the Parisian stage as well. Balmain and l’Opéra de Paris have joined sartorial forces around the costuming of the “Renaissance” ballet by dancer Sébastien Bertaud, showing at the Opera Garnier—set to German composer Felix Mendelssohn’s moving allegro, Violin Concerto No. 2.

In honor of the partnership between French establishments , Jason Bort has filmed a short video. Étoile dancers are featured in the clip preforming a series of pas de deux from the up-and-coming ballet.

Creative Director for Balmain, Olivier Rousteing, was an easy choice for Bertaud.

Since his creation celebrates the elegance, sophistication and opulence of the legendary French dance academy, Bertaud believed that a collaboration with Balmain was a natural fit,” the French house explains via a press release.

The bejeweled pieces come alive in the moving sequence—with Rousteing’s delicate designs bringing that extra bit of luxury, plus pearls and rhinestones, to the classic dancer’s bodysuit. 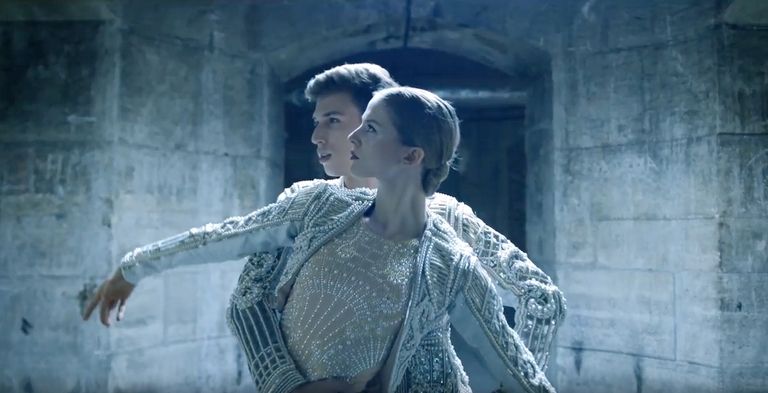 The ballet was created by Bertaud to honor and update the Ecole de Danse Française, from Versailles of Louis XIV. Rousteing ultra-luxe designs recall that same period of well-adorned French dressing.

“Renaissance” will be at the Opéra de Paris from June 13th to June 18th.