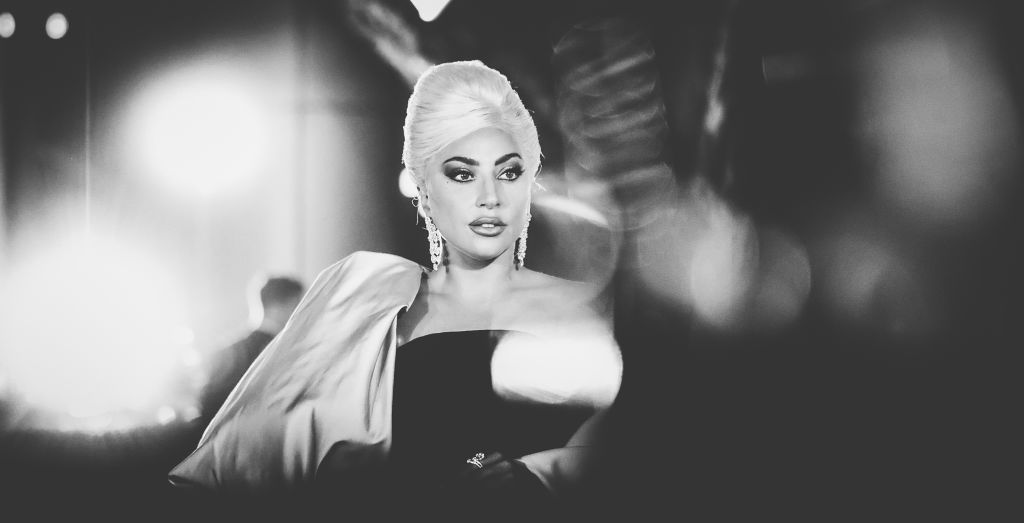 Lindsey Weber and Bobby Finger, hosts of pop culture podcast Who? Weekly, break down the enduring appeal of one of the defining adjectives of our age.

In the breathless parlance of a certain section of the internet, iconic can mean anything and everything. It can describe the fleeting perfection of a Whitney Houston run and the niche obsession with a regional soda brand. What does this changing usage mean, and where does it come from? To find out, we speak to the hosts of the pop culture podcast Who? Weekly, Lindsey Weber and Bobby Finger, experts on dissecting cultural minutia and tracing how it all links together to describe our current moment.

When did you first notice entertainment press and/or fandoms using the word iconic?

Bobby Finger: I think of it as a Tumblr thing. Lindsey and I both were on Tumblr a lot in the early 2010s, the late aughts. That’s actually how we met. I think of it as a one-word re-blog of a Tumblr post, where you just have almost nothing to say. It’s an easy way to encapsulate all of your thoughts. It’s just iconic, whether it’s a video, or a GIF, or whatever. But I think that the entertainment press started, maybe, doing it around the time that our podcasts started. So in 2016. What do you think, Lindsey?

Lindsey Weber: I remember it being something that I picked up from watching too much of RuPaul’s Drag Race. That was a word that got thrown around on that show a lot. And it’s a sticky word that I kind of took into my own lexicon. I mean, it’s certainly an Internet word. It blew up, I think, online as an exaggeration that now kind of means everything and also nothing. 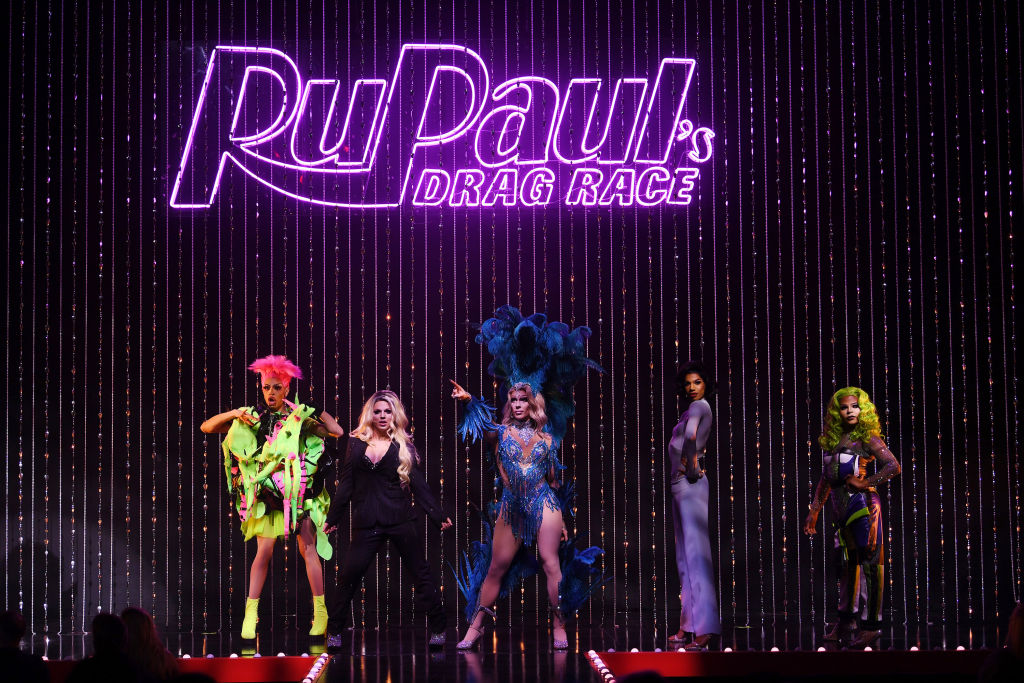 BF: I remember the word just seeping into every area online and there being backlash to it. I know that people were like, “Everyone says iconic too much. It doesn’t mean anything.” But that pops up with all sorts of words online. Words lose all meaning, and we use them anyway, because they’re fun, they’re easy.

LW: There is no way in hell the title track from Christina Aguilera’s Bionic is iconic, but in a way, isn’t it iconic, because it is so not liked? But, I don’t know, I think it has a nostalgic feel already embedded within it as if, kind of, the word is also meaning timeless, and legendary, and long-lasting, impactful, you know?

It is so much fun. I feel like iconic is the litmus test of that.

LW:I think also, kind of, icon and iconic are two very different things too. Calling somebody an icon, a legend, she is the moment, et cetera, that quote, that is its own world. But iconic has become kind of the throwaway word for something that may be otherwise wouldn’t be recognized as such, even though the word you’re throwing at it feels like this word, where everybody recognizes it’s iconic, but it’s almost like not that.

BF: That’s what makes it funny. When Ziwe is like, “You’d be an iconic guest,” it’s like— 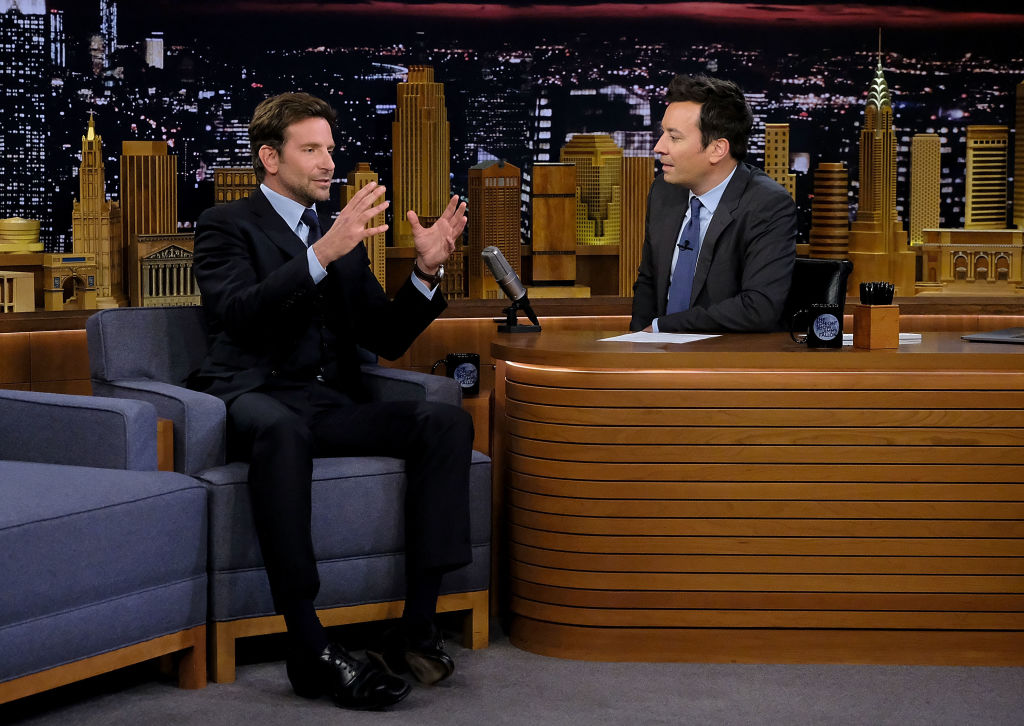 Bradley Cooper and host Jimmy Fallon during a segment on “The Tonight Show Starring Jimmy Fallon”. Photo by Jamie McCarthy/Getty Images for NBC

BF: And it’s also cheeky. And for Lindsey and I, as two people who podcast for a living, who basically talk forever for a living, iconic is a fun word to use, because you always have to unpack it. It’s like, “Well, show your work. What do you mean by iconic?” It’s like, “Well, our job is to talk for an hour, four times a week. So I’ll tell you why some things are iconic, or why it isn’t. And it might not make any sense, but I have to babble for a living, and iconic’s a fun starting point.

Does iconic translate into speech offline?

LW: I think I’ll use it ironically to somebody’s face too. They know. Usually, it’s with culture.

BF: If I’ve said X is iconic around my sister, she would be confused, because she would think of it as a very dictionary definition of the word iconic. She would wonder why I was saying that and be rude about me using it casually. Ever since I was a kid, my brother and sister have made fun of me for exaggerating my love or hatred of things, like, make fun of my hyperbole usage. But … they don’t listen to podcasts, they’re not on the Internet, they don’t watch those things that would make iconic a funny word for them. I think it has a nostalgic feel already embedded within it.

LW: The word kind of does embody the idea of ironic exaggeration that I think we, as a culture, are very much obsessed with. The idea that something is the frigging best of all time, the best song I’ve ever heard, the best movie I’ve ever seen, when it’s like, “I just saw it. It’s really not. I will never be seeing it again.” I think that’s the … that word may be swallowed up. That kind of fun practice in the exaggeration that Bobby’s talking about, where his brother and his sister are like, “You don’t think that.” It’s like, “Well, at the time, I do think that ‘Grigio Girls’ is the best song I’ve ever heard. It is iconic.” And it’s like, “Right now, it is. It doesn’t matter whether it will be.” Which I guess kind of goes against the entire definition of the word, which is supposed to be long-lasting, you know? But not anymore.

BF: But I think it only works if the word is hyperbolic to begin with. If the word really is the most. I don’t think this is happening, but when you said “greatest of all time,” I was thinking about the GOAT. People don’t really use the GOAT ironically. Sometimes, but usually, they really mean it when they say it. They mean this athlete is the GOAT. They mean this artist is the GOAT. But at some point, that’s going to evolve into something you’ll never be able to fully understand.

That feels like it came from a different world of sports and hip-hop. And the corner of those worlds that take themselves extremely seriously and take those debates to the death.

LW: Right. Very much like, rank your top five rappers of all time. And that list, whether you have Nas or Jay-Z at the top, is the be all, end-all of your reputation, or whatever.

Right. You’ve lost forever if your list is wrong.

LW: I don’t think we’ve ever been serious in our lives about anything we say. And I think that the idea of GOAT, it would go against that completely. I’m not in a place to even call anything the best or the worst.

BF: But at some point, someone on TikTok is going to turn that into a meme that will just filter down into everyday common usage on the Internet. Something will replace iconic at some point. What’s it going to be? I don’t know. I can’t wait to start using it, I guess.