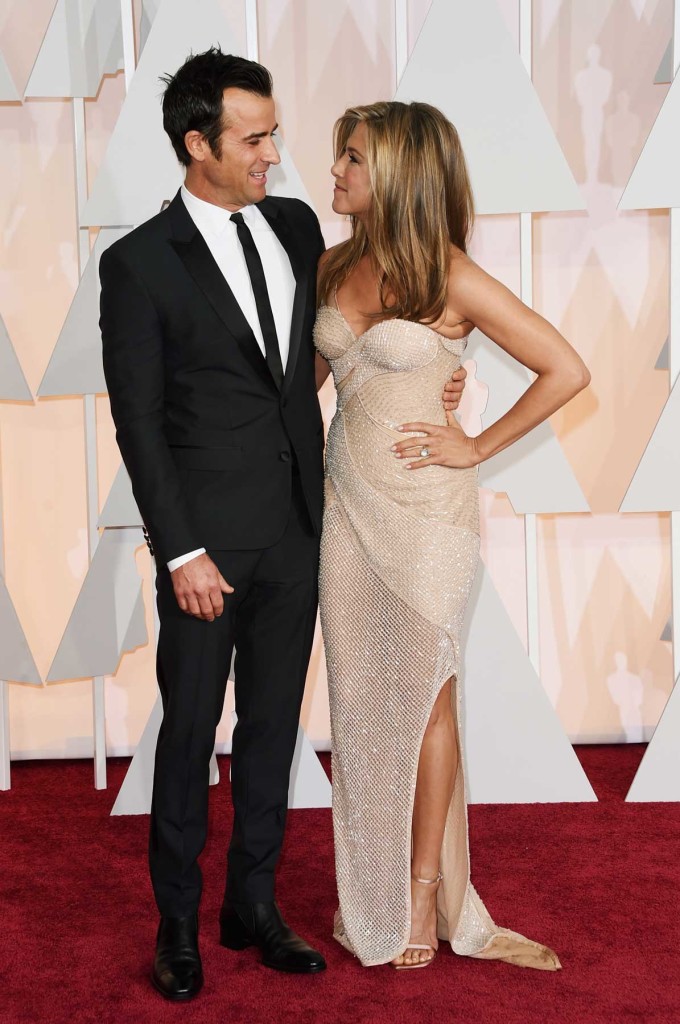 Update, 8/7:​ ​More details from the Aniston-Theroux wedding have emerged, from the TK to the TK. ​People​ reports that Courtney Cox and tattoo artist Scott Campbell played the roles of maid of honor and best man, respectively, while Sia performed “Chandelier” following the ceremony. The couple’s rings were designed by jewelry designer Jennifer Meyer, who attended the c with husband Toby Maguire. Other guests included Ellen DeGeneres and Portia de Rossi, Will Arnett​ and Jimmy Kimmel. The newlyweds are set to honeymoon in Bora Bora on Thursday.

​Original Post, 8/6: ​After a three-year engagement, Jennifer Aniston and Justin Theroux married at their Bel Air home yesterday, ​People​ reports. The couple tied the knot in front of a crowd of more than 70 guests, including Lisa Kudrow, Emily Blunt and Chelsea Handler, E! reports​​.

​Just last year, Aniston appeared on the cover of BAZAAR and gushed about her then-fiancé: “He’s one of the most humble, decent human beings.​..it’s almost impossible to get bored with one another. We’ve tried so hard!”

Congratulations to the newlyweds!