North West has stepped behind the camera to direct a kid-friendly music video for Lil Nas X’s remix of “Old Town Road.” The five-year-old daughter of Kim Kardashian and Kanye West not only helmed the precious video but also choreographed and stars in the visuals, which opens up with her mother walking towards the camera.

“That is not how we do it,” West tells Kim, who holds a guitar and wears a wide-brimmed red hat and a brown tracksuit. Kim immediately turns around and West’s film credit supercuts in, letting the viewers know this is undoubtedly her creative venture.

West’s sartorial inspiration for the film appears to be Jessie, the animated cowgirl from Pixar’s Toy Story 2 and Toy Story 3. She has on a white button-up with gold tassel accents over a white t-shirt that looks like she decorated it with a black permanent marker.

No cowgirl’s outfit is complete without comfortable trousers, and West went full yeehaw with her black and white cow-printed number with gold fringe detailing. She also added the same hat her mother sported at the beginning of the video. 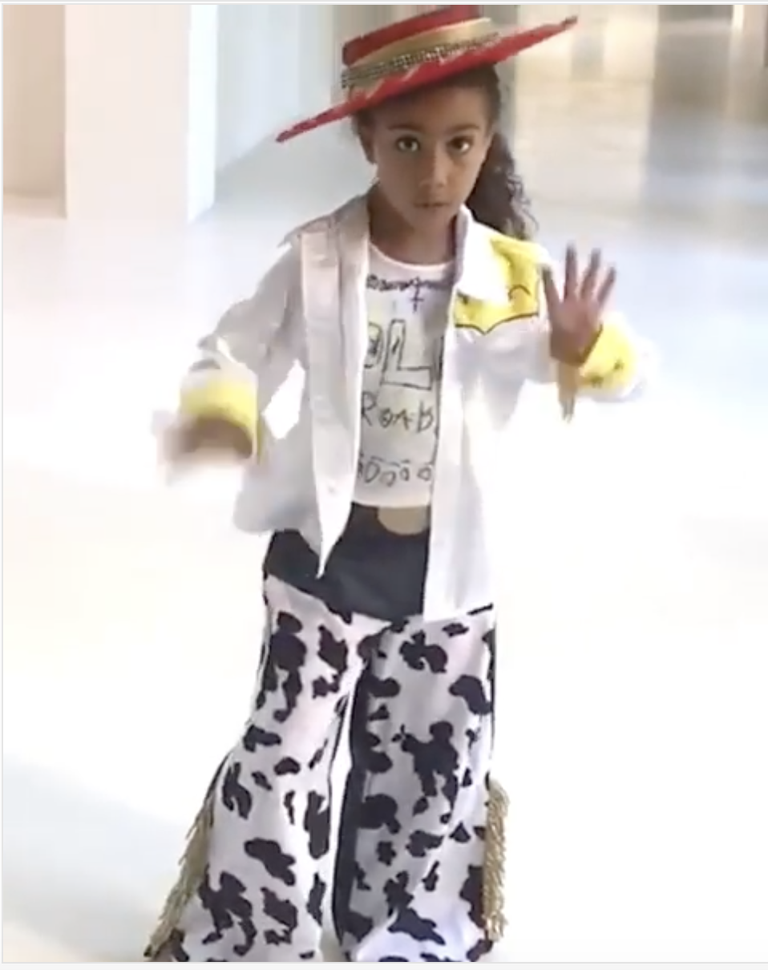 With Billy Ray Cyrus’s vocals blasting in the background, West flexes her dance moves while singing along to the track. Technicolor filters flash across the scene while West is on the ground high-kicking the air and smizing at the camera. West looks nothing short of a mini rockstar in the making as she grabs her guitar and confidently gazes into the camera.

It’s no surprise that West has gravitated towards directing and dancing, given she’s already proven that she’s comfortable singing in front of crowds. During one of her father’s weekly music-based Sunday service sessions in April, Kim couldn’t resist posting a few Twitter videos of West performing alongside her Kanye. At the time, Kim called her daughter “a star” who “had to move up front and center.”

I was going to post this earlier but couldn’t figure out how to flip the video. A little glimpse of Sunday Service 🎼 pic.twitter.com/4M7ISYZAkX

Had to move up front and center 😂⭐️ pic.twitter.com/VWBZuWEq2d

My videos of Sunday Service due it no justice of the vibe we feel in that room, but this little video shows How much North loves our Sunday mornings ✨💖 pic.twitter.com/bhVN2x97JK

Back in February, Kim also shared a video of North singing along to the music in one of ‘Ye’s Sunday services. “My videos of Sunday Service due [sic] it no justice of the vibe we feel in that room, but this little video shows How much North loves our Sunday mornings ✨💖,” the proud mom wrote on Twitter.

With the recent birth of Kimye’s fourth child, it’s probably only a matter of time before North’s three younger siblings are featured in her next music video project. 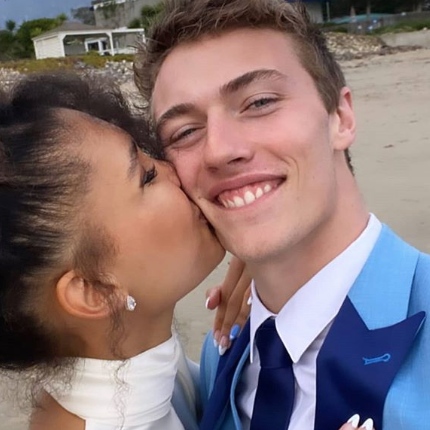