Rihanna Opens Up: On Being Single and the Truth about Men 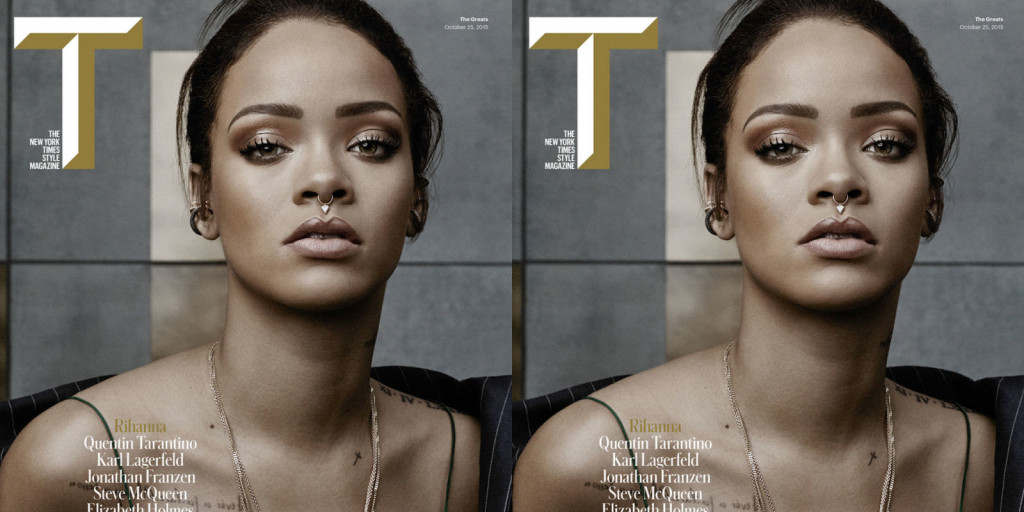 T Magazine—​The New York Times’ style periodical—​chose six cover stars for its “The Greats” issue. Rihanna is one of them, along with Karl Lagerfeld, Quentin Tarantino, and other trailblazers. In her feature, the singer talks to writer and filmmaker Miranda July about her massive success, what constitutes a good photo, and experiencing racism in the music industry.

​On what she searches on the Internet: “Oh, random things. Like I will be sitting around Googling childbirth.”

​​​On taking and editing her own Instagram pictures: “​​That’s the only way it’ll actually work. My fans can sniff the BS from very far away. I cannot trick them.”

On what makes a good picture: “There’s no rule about whether you have to be clothed or not. I want to see a naked woman who isn’t even aware of her nakedness.”

On realizing her own success: “​Only now are things hitting me, like I’m feeling them emotionally. I used to feel unsafe right in the moment of an accomplishment—I felt the ground fall from under my feet because this could be the end. And even now, while everyone is celebrating, I’m on to the next thing. I don’t want to get lost in this big cushion of success.​”

On what turns her on:​ “I’m turned on by guys who are cultured. That’ll keep me intrigued. They don’t have to have a single degree, but they should speak other languages or know things about other parts of the world or history or certain artists or musicians. I like to be taught.​”

On when she first learned about sex:  “By age 11, girls were talking about what they had and hadn’t done. I hadn’t even kissed a boy yet, so it always made me feel insecure, like I was never gonna be good or ready or know what to do—I didn’t even have boobs.”

​On what impresses her mother: ​”She’s always impressed when she sees me being a little sassy or sharp, when she sees me defending myself. It makes her feel safe, like she doesn’t have to worry about me.”

​On dealing with racism: ​​”You know, that never ends, by the way. It’s still a thing. And it’s the thing that makes me want to prove people wrong. It almost excites me; I know what they’re expecting and I can’t wait to show them that I’m here to exceed those expectations.”

You can read the full interview here.