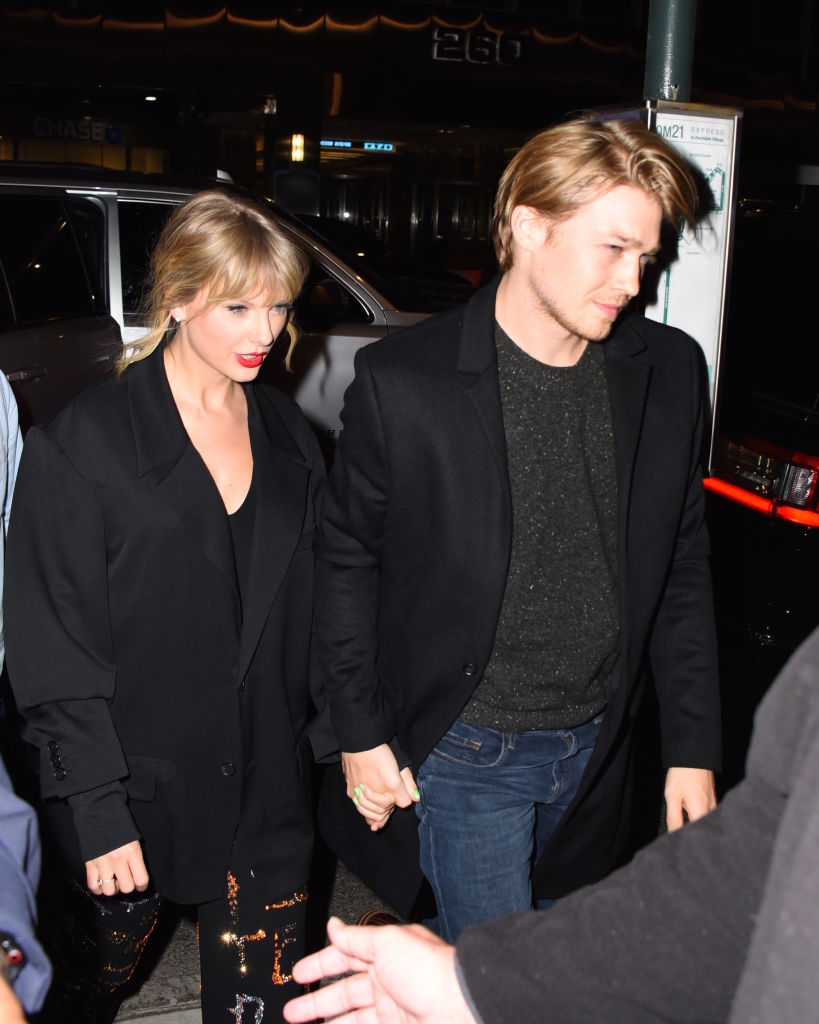 In a very on-brand move, Taylor Swift dropped her new album, Midnights, at the stroke of midnight today.

Among the tracks—track one, actually—there is a love song to her longtime boyfriend, Joe Alwyn. In the song, Swift gives fans a peek into her relationship with the actor and even addresses the engagements rumors that have recently followed them.

“All they keep asking me / Is if I’m gonna be your bride / The only kinda girl they see / Is a one-night or a wife,” she sings.

The singer also seems to reference her famous Hollywood feuds, which she initially sang about in her album Reputation. “I’m damned if I do give a damn what people say,” her lyrics read. “Talk your talk and go viral / I just need this love spiral.”

And she praises Alwyn for not taking part in the drama: “I find it dizzying / They’re bringing up my history / But you weren’t even listening.”

The pop star confirmed in an Instagram video earlier this month that “Lavender Haze” was inspired by her six-year relationship with Alwyn. “We’ve had to dodge weird rumors, tabloid stuff, and we just ignore it,” she said at the time. “And so, this song is sort of about the act of ignoring that stuff to protect the real stuff.”

She added that she first learned of the phrase while watching Mad Men, “and it turns out that it’s a common phrase used in the ’50s, where they would just describe being in love.”

The love song was co-written by one of Swift’s friends, actress Zoë Kravitz.