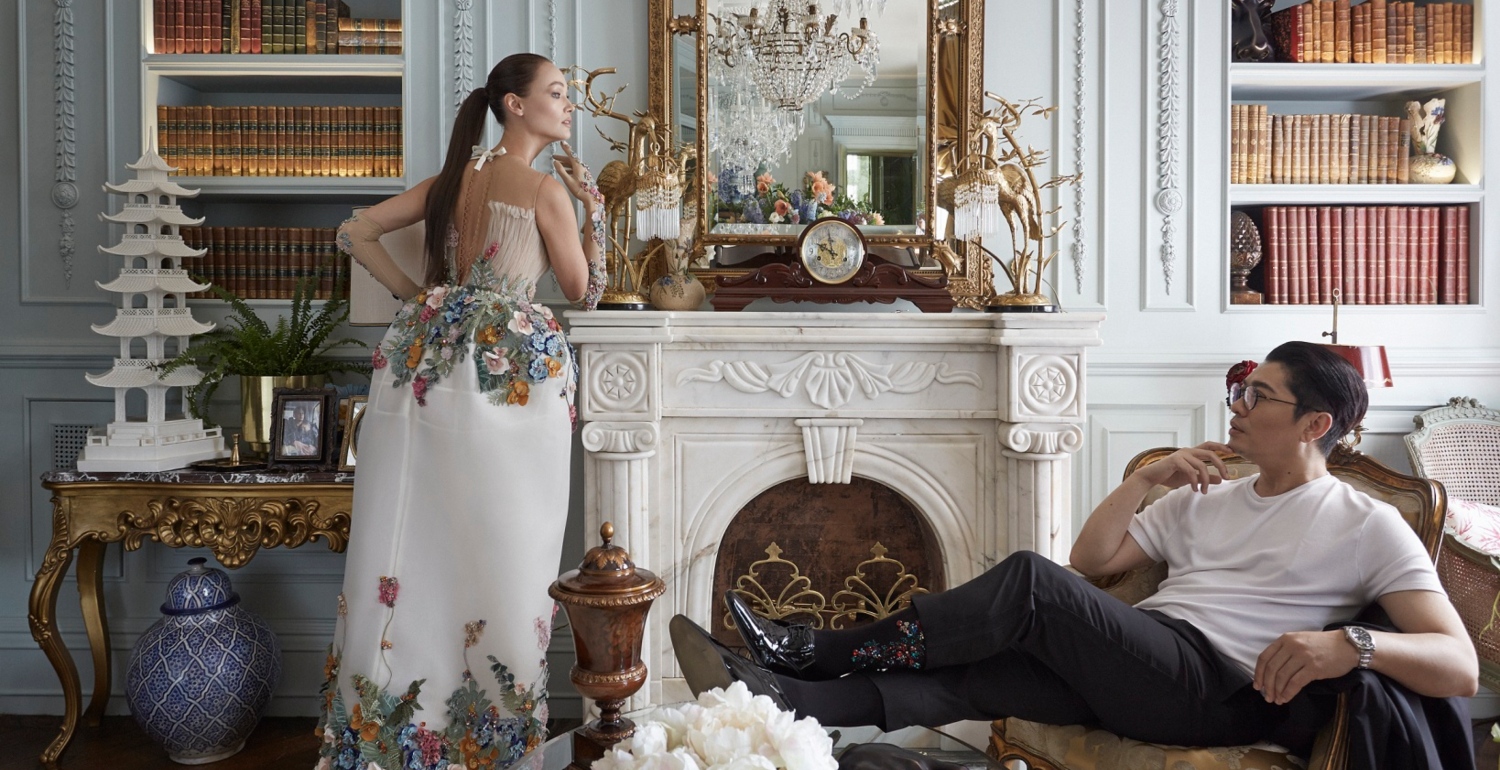 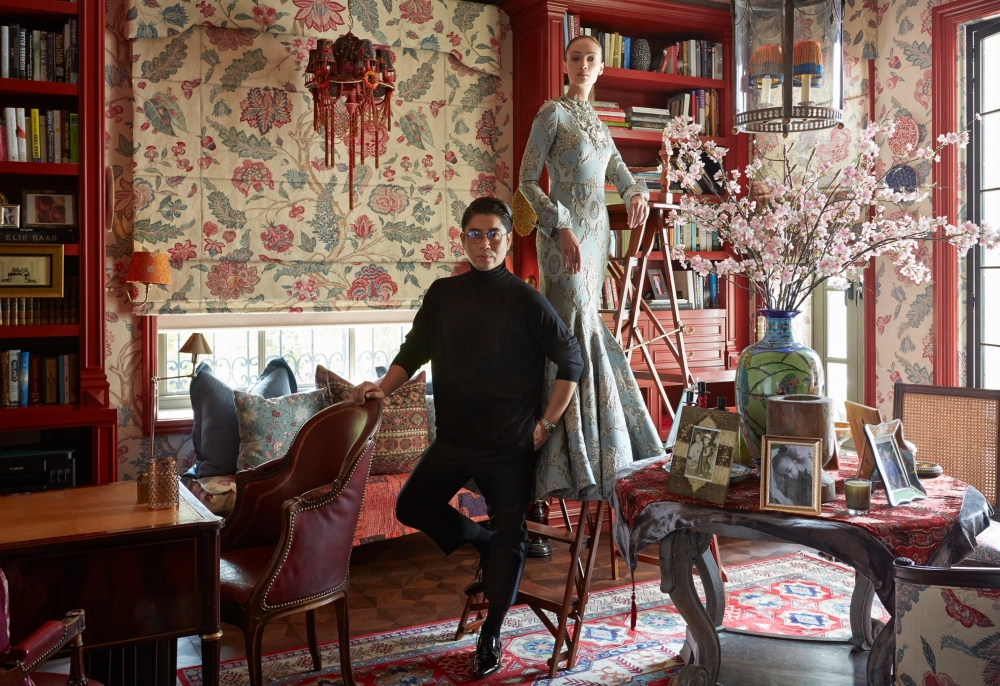 It’s 7.30am on a Monday morning, and I find myself wandering through a beautiful château hallway, discovering the grandeur of this space that absolutely takes my breath away. Surrounded by vintage Louis XVI-style wall appliqués, classic Belle Époque chandeliers, and 15th-century Ming dynasty vases that are as delicate as they are decorative, a mood is set. In the background, an instrumental version of Charles Trenet’s “La Mer” is playing, an exquisite brew of Earl Grey is pouring from a fine china teapot—tea first, milk second. Then, this perfect French idealism takes a turn, as triangles of nasi lemak are served from a silver platter.

This is decorated Malaysian fashion designer Dato’ Rizalman Ibrahim’s interpretation of “Parisian living”—a laissez-faire attitude enhanced with Malaysian humour. It should be noted that this would be my first time meeting Rizalman #IRL. It’s also fair to say that I’ve had a glimpse of his personality through episodes of his reality TV series on Life Inspired, and have spent many an hour ploughing through pages of Google searches, hoping for a recent update on his private life. Can I really say that I am surprised by this glamorous, over-the-top setting? I allow my mind to sneak in a small thought, “Are these little theatrics a prelude to today’s photo shoot, in which the iconic designer takes centre stage? Or could this be … an actual day in Rizalman’s life?”

Just as “La Mer” hits the bridge, I get my answer as the double doors to his bedroom slide open, and Rizalman struts out in a white T-shirt, tailored pants, embellished socks, and a sweeping black cloak, fit for a villain. It’s show time. 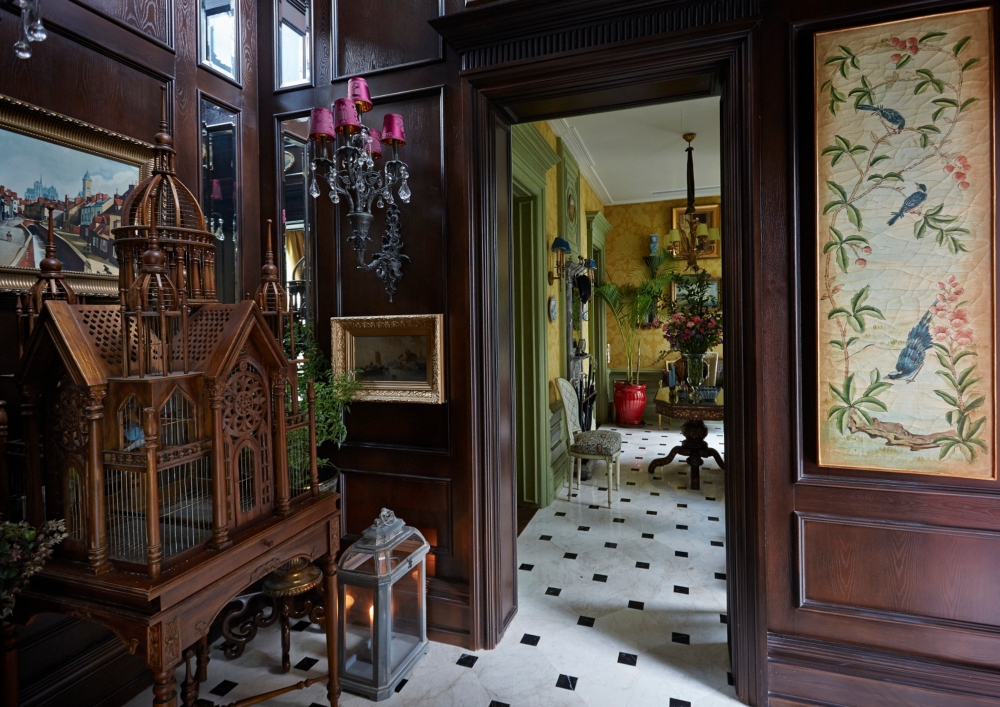 “I took the grand history of a 17th-century château and scaled it down to a livable 21st-century space,” Rizalman begins, as we move from his crimson Jaipur-esque study—inspired by a stay at The Suján Rajmahal Palace—to his rustic and charming French kitchen. Getting into character is nothing new for this flamboyant designer. A house more than eight years in the making, Rizalman is someone who believes in, “If you aren’t going all the way, why go at all?” His bold journey as an antique collector began from him rummaging through Porte de Clignancourt markets in Paris and other historically rich European cities such as Florence, to braving the bustling souks of Morocco and lively Indian bazaars. “When I look at these pieces, I imagine the spirit of these artisans, in a time when technology did not exist, and inspiration was as simple as looking at your surroundings,” he muses. 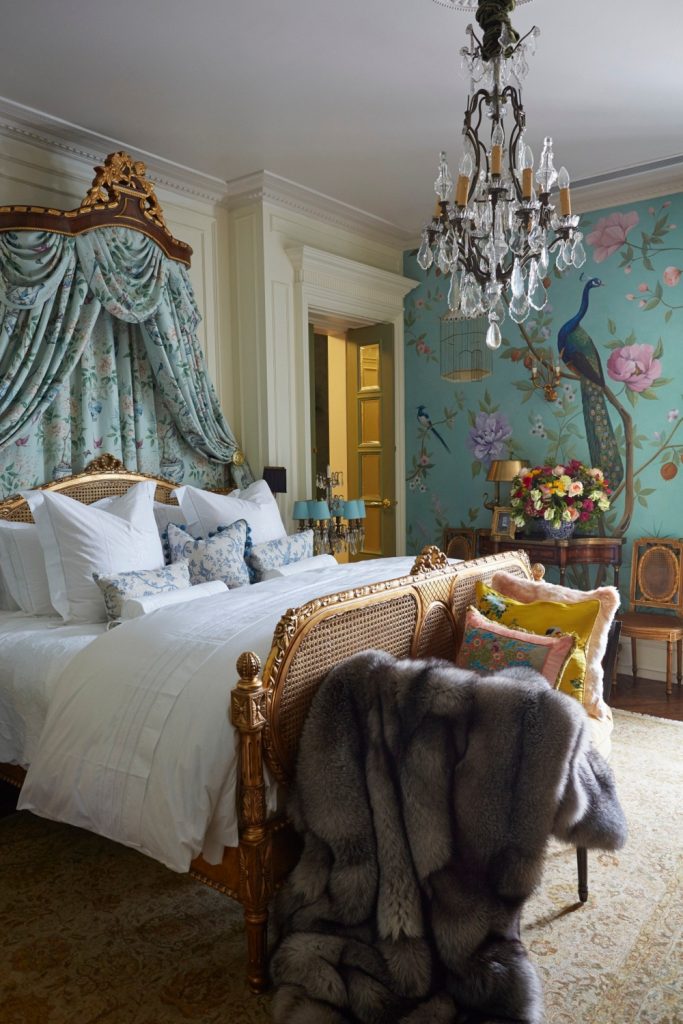 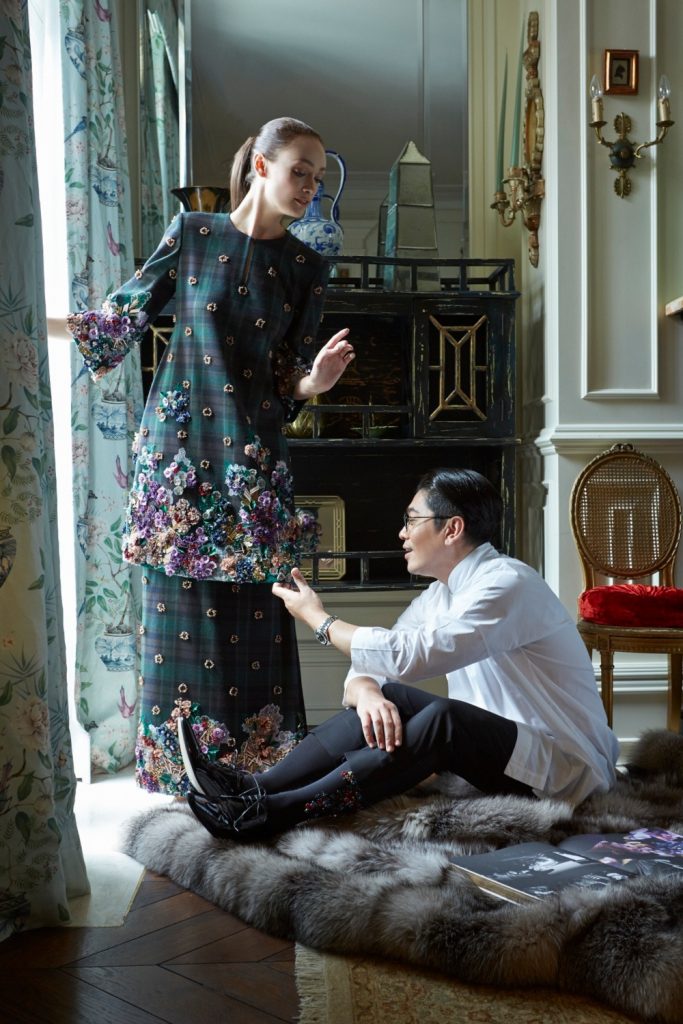 Elena wearing one of Rizalman’s creations

His passion speaks volumes of the decadent and curated neoclassical space that we’re in right now. We turn a corner, and spot a taxidermied peacock perched on top of a wooden ladder, and insist he strokes it as if it were still alive, for a quick video montage—he obliges. Is there anything this man won’t do? “I refuse to meet people nowadays. It’s the way I detox,” he says, completely aware of how laughable this statement is, given a man of his stature. “Sometimes, I just lock myself in my bedroom, so that unwanted images don’t cloud my mind. With this house now, I can come home from work and pretend that it’s Paris.”

And we could have been in the beautiful City of Love, save for the stifling humidity and glaring blaze of the sweltering sunlight. But I, for one, am very comfortable in a vintage Rococo velvet chair, set against Baroque wallpaper in the hallway leading to the living room. On my right, a pair of lavish chandeliers glisten in the daylight, while gilded mirrors sit above marble fireplaces, giving the illusion of a wider, bigger space. 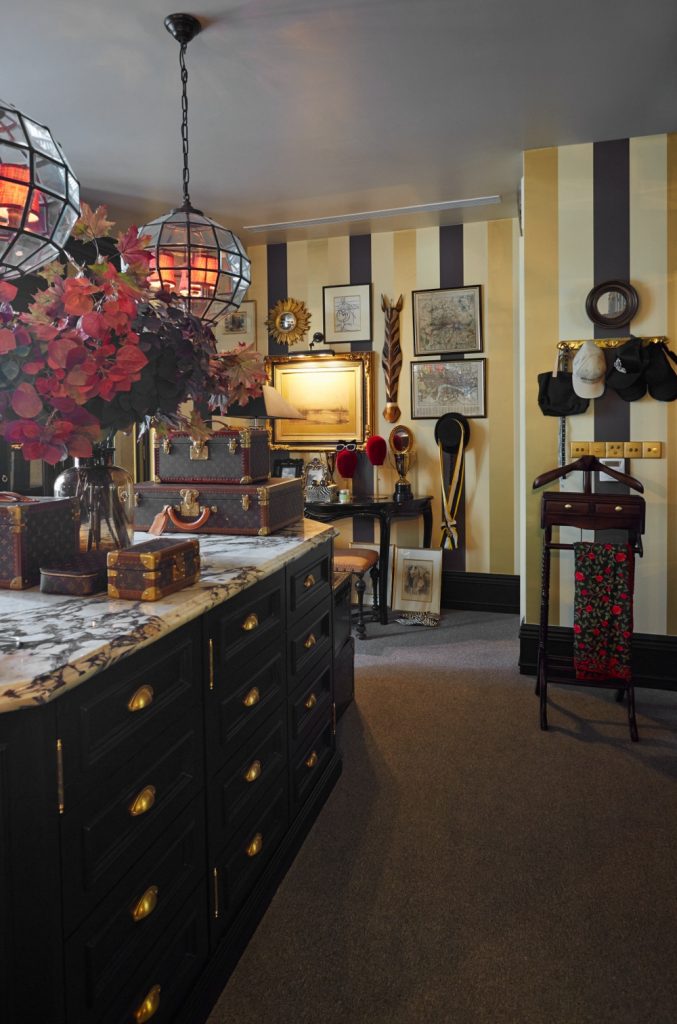 Walk-in wardrobe of the gentleman with class

Upstairs, bedrooms are decked in neutral shades of cream and grey, featuring metal spotlight lamps, mahogany floors, and clean lines that exude effortless Tom Ford sophistication. We’re talking about a madcap genius who has no qualms about placing a 1970s brass glass table by an 18th-century armoire. “I wanted to create a home that wouldn’t demand a redecoration project for a really, really long time,” he explains, when asked about his decision to combine Belle Époque glamour with contemporary flair. “My personality is obsessed with French culture and design. It took a lot of work, money, and research to locate special pieces from different centuries. I can live this way forever and ever.”

He fashions himself after the French—an air of arrogance upon first impression, yet the flinty ice queen façade melts away quite easily. “You have to open the window and discover what’s beyond”—his advice, on exploring the city of Paris and the other aspects of life. “I know it sounds extremely cliché to people, but the French are the epitome of perfection. I love going to marchés and watch the way they carry their baskets and buy their boulangerie,” he says. Rizalman gets increasingly animated as we zoom in on the smaller details of his favourite country in the world, talking department store windows and antique shops. 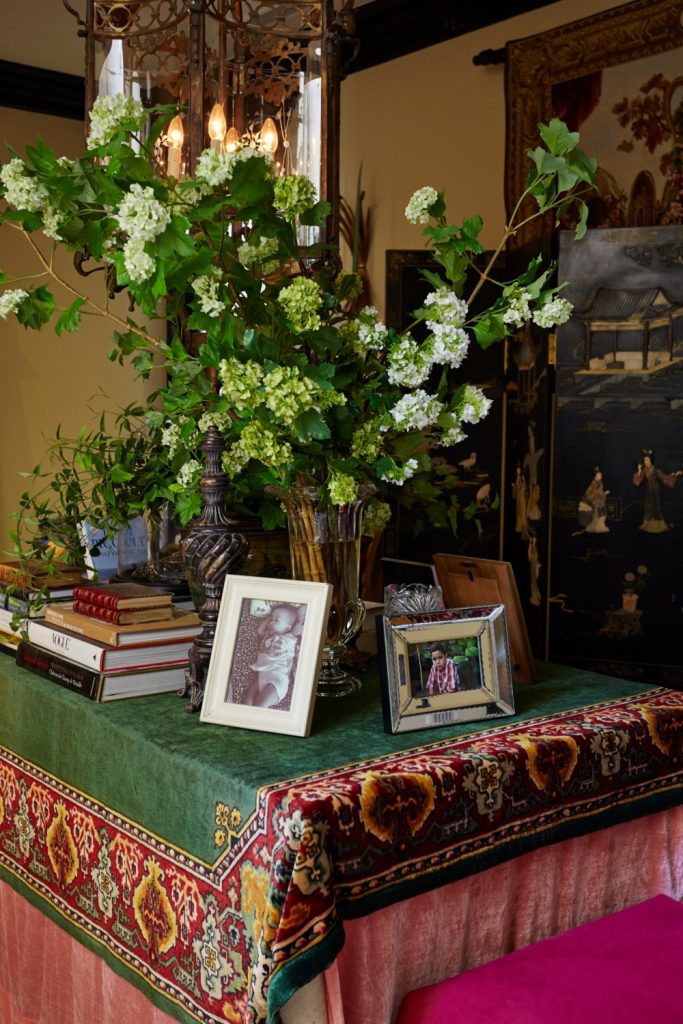 “I love having photos of my childhood around because they remind me of how far I’ve come.” – Rizalman Ibrahim

My next question—“If you could live life as someone else, who would you want to be?”—stops him in his tracks. “I was thinking perhaps an aristocrat or a noble …” he trails off, before saying, “Come to think of it, I would love to be a butler and work in a noble’s house; spend my days folding napkins, shining silver, colour coding plates, and managing a household. That’s the dream,” he enthuses.

Rizalman’s venture into the ever-evolving world of fashion began after he received a rejection letter to study architecture, which eventually led him to major in fashion design. “I draw similarities between interior design and fashion design. The medium varies, but the idea is about forming your own aesthetic with different colours and textures,” he muses. Perhaps, you could call this fate. Or perhaps, talent. But after hustling to establish his brand in the past two and a half decades, he took the plunge into the world of interior design, and has never looked back since. “I think this is my second chance at life. I see things very differently. I manage every project straight from the heart, and I immerse myself as the owner of the space,” he explains. “It’s about being a bit more daring and artistic. Be a legend or be forgotten.” 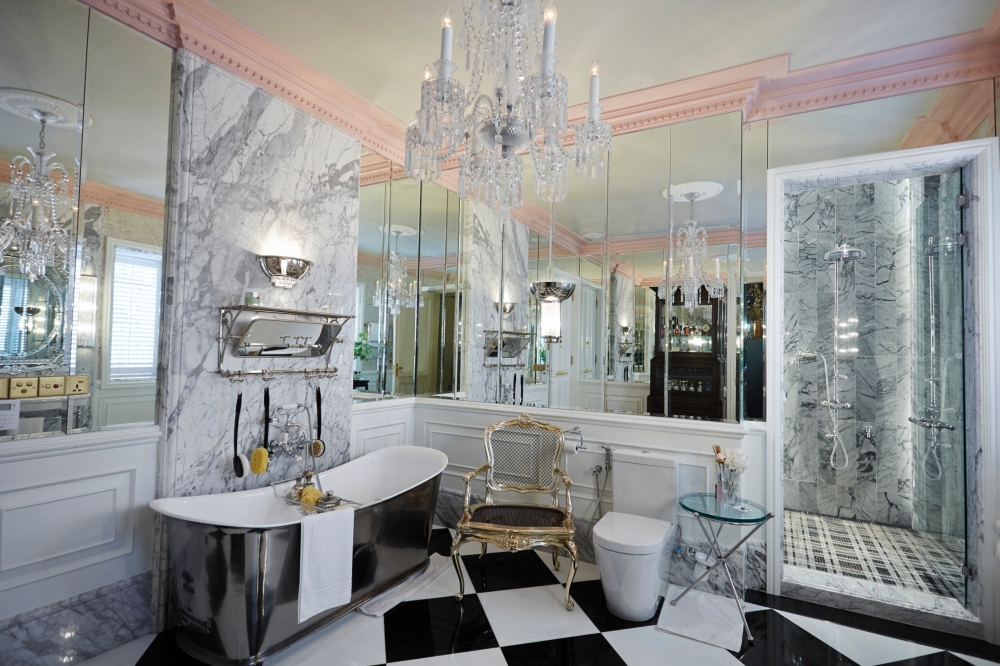 Bold diamond tiles and exquisite marble walls in the bathroom

It’s this quest for perfection that has cemented his standing as the couture king of Malaysia, but it’s also the freedom of expression as a couturier that has kept him going. He sees it as a very intimate relationship between the mind and the soul. “Couture is a conversation of dreams,” he says. “Being a designer means being able to dictate, and going the extra mile to create beautiful things.” 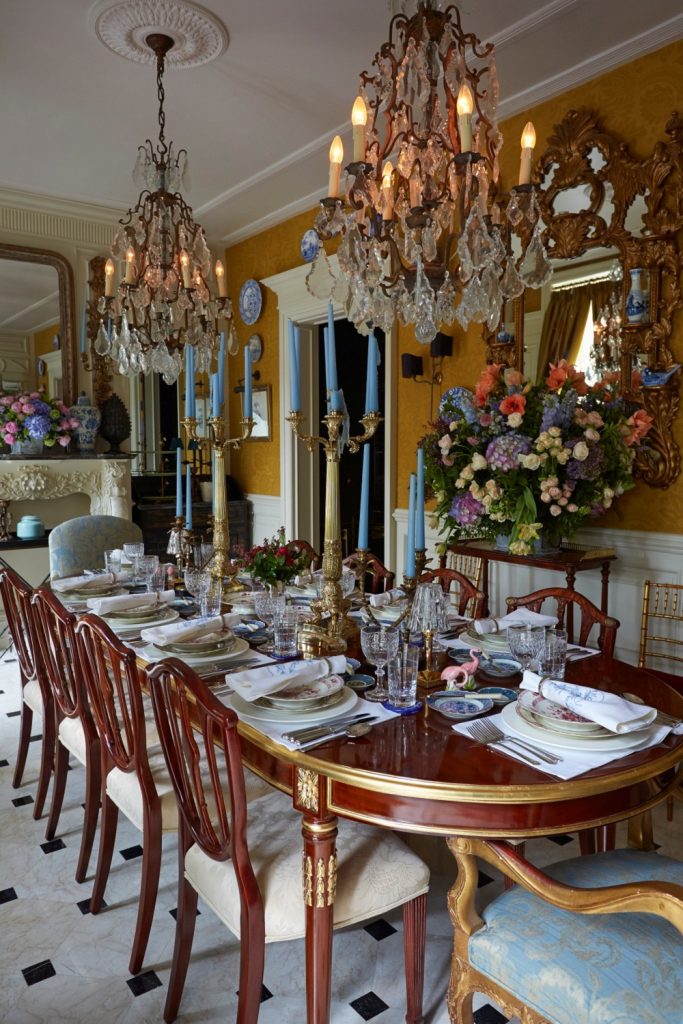 There’s something about Rizalman that I can’t quite place; the way he carries himself, how he commands presence in every room, or even the way he never smiles for more than two seconds. As a journalist, I’m drawn to the psychological enigma of this man. We end our interview with an unmasking of the real Rizalman, when the conversation starts veering towards him being a family man. His two beautiful sons, Umar and Aali Nail, he claims, are the peacekeepers of his imbalanced, creative mind. “I know I can never get married but by having children and starting a family, I feel like I can be a little bit normal … just like the story of the villain Maleficent,” he says. 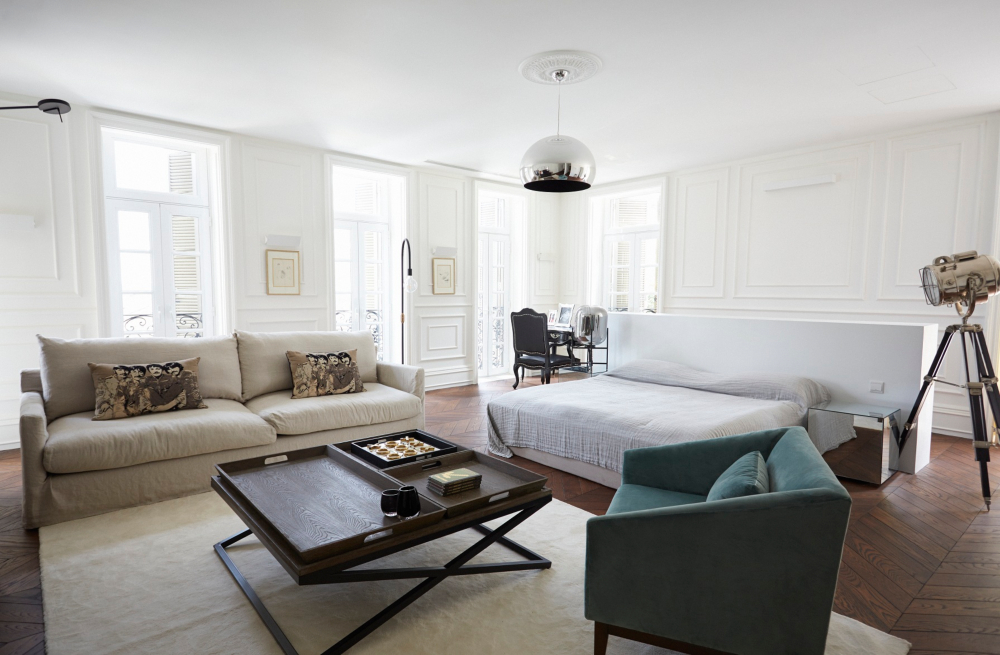 “One day this house could be a museum, and people can see how Rizalman Ibrahim has lived,” he continues. “It’s to immortalise my legacy and understand the choreography of this place.”

As a special treat, Rizalman whips out his iPad to show us the latest Rizalman for Zalora 2019 collection, also shot in this masterpiece mansion, that had us clutching our hearts—and wallets. Shortly after, we say our farewells and I mentally prepare to return home to reality, where chandeliers don’t exist in my bathroom and chaise lounges are simply called “sofas”. As I walk out the Victorian front door, I could have sworn I caught a glimpse of the designer, amused at my joke and breaking into a laugh … au revoir, Paris!