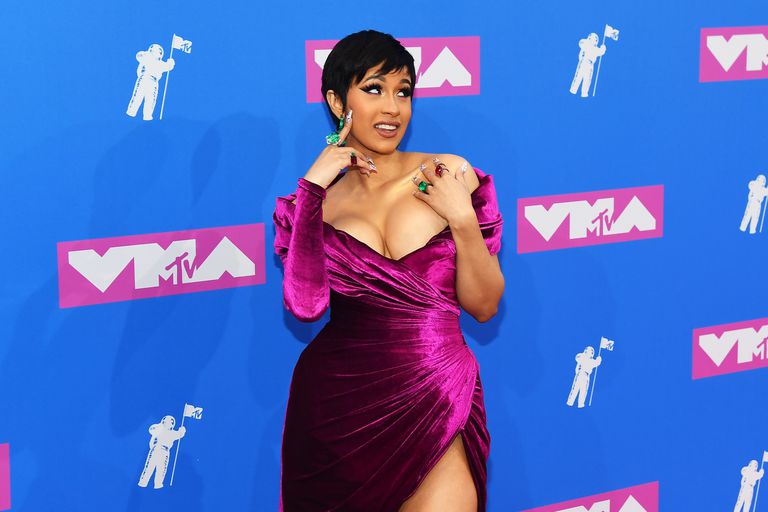 Cardi B arrived fashionably early to the VMAs and she is not playing around. The new mom—who just gave birth to a daughter last month—stepped onto the red carpet tonight in a body-hugging bright pink dress by Nicolas Jebran and a short, new feathery hairdo. The rapper hasn’t confirmed if she’s wearing a wig just yet, but she’s rocking the cut either way.

She accessorized with sizable emerald and purple rings, deep green earrings, and heeled fuchsia sandals that matched her velvety frock. With a plunging off-the-shoulder neckline and a thigh-high slit, Cardi proves that just because she’s a mom now, her style is still sexy. 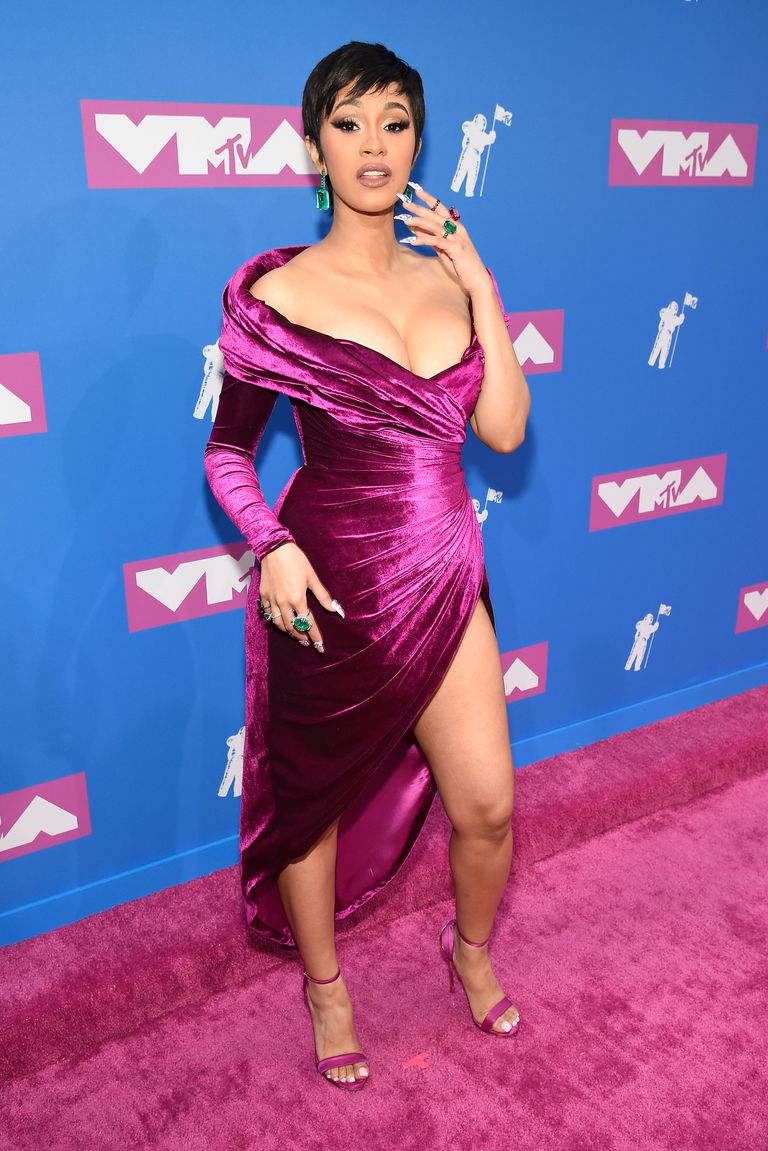 And she’s still goofy as ever. 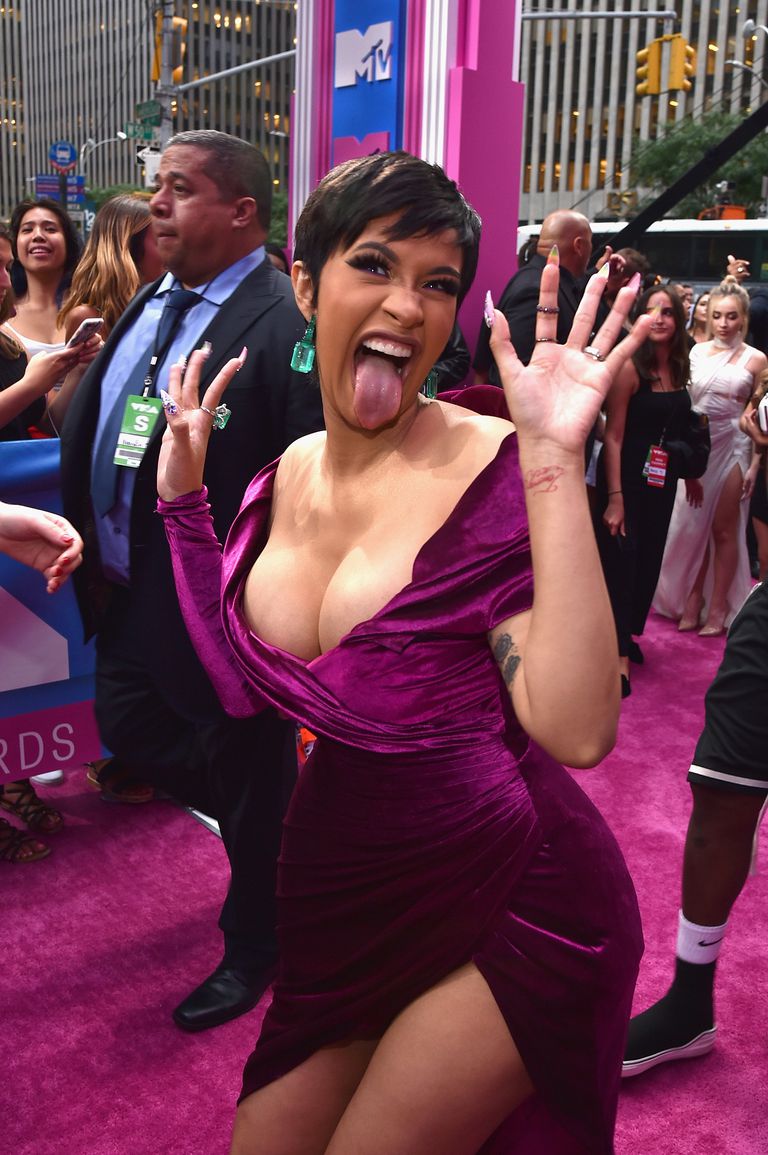 This marks Cardi’s first red carpet appearance since welcoming a daughter, Kulture Kiari Cephus, with her husband, Migos’ Offset, on July 10. The lovably bold rapper has surprisingly kept out of the spotlight since then, but she’s kept us posted on her journey into motherhood on social media. (She still hasn’t shared photos of baby Kulture yet, though.)

Cardi arrived solo, sans Offset, whom she secretly married in September in Atlanta. However, her hubby did arrive with Quavo repping two-thirds of Migos. 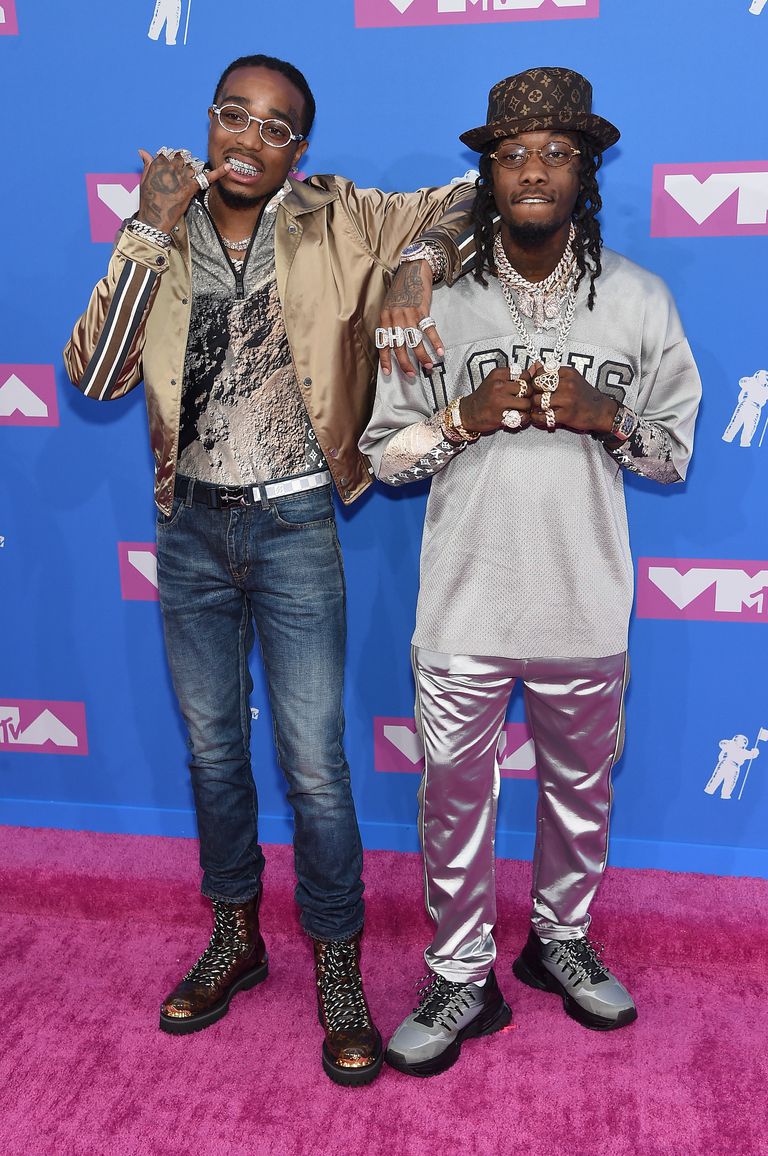 The “Bodak Yellow” rapper is set to open tonight’s awards ceremony, though she won’t be performing one of her songs. Instead, she’ll do a monologue or skit, TMZ reported earlier today.

In addition to returning to the red carpet, the Bronx native has another reason to celebrate today: she just released a new music video for “Ring,” her collab with Kehlani on Invasion of Privacy.

We missed you, Cardi!

Culture & Living
The singer has shared some of the first photos from the big day.
Type keyword(s) and press Enter
WordPress Lightbox Plugin