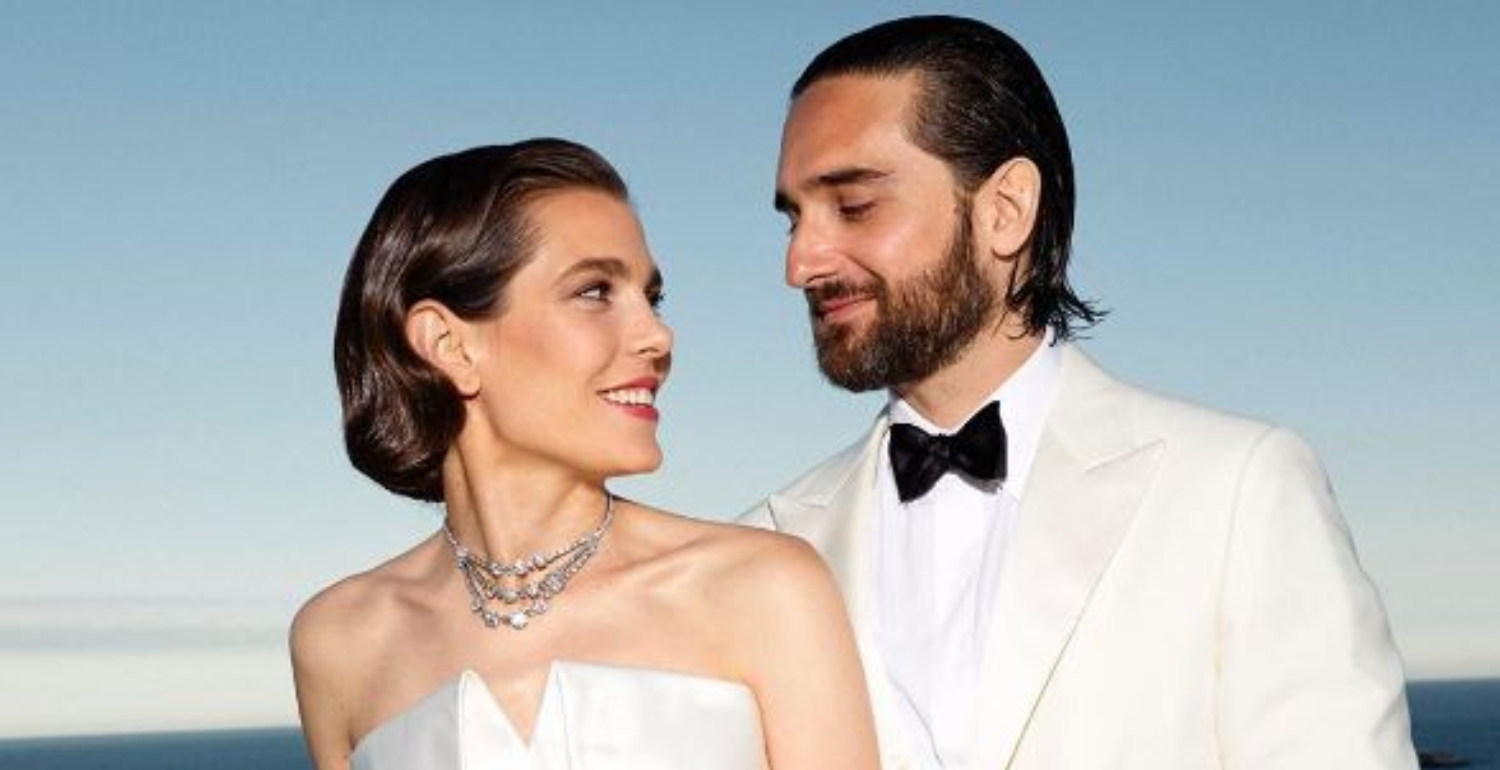 Congratulations are in order as Charlotte Casiraghi has married French film producer, Dimitri Rassam. The couple shares a son, seven-month-old Balthazar, and both Casiraghi and Rassam are also parents to one child each from previous relationships. All three of their children were allegedly present at the wedding ceremony.

Casiraghi is the daughter of Caroline, Princess of Hanover, making her Grace Kelly’s granddaughter. Her wedding to Rassam took place in a civil ceremony at The Prince’s Palace of Monaco, which is where Kelly married Prince Rainier in 1956.

For the happy occasion, Casiraghi wore a Saint Laurent mini-dress. The gray brocade design was created by Anthony Vaccarello for Saint Laurent, and was embroidered with bows. Paris-based PR extraordinaire, Françoise Dumas, shared a photo of Casiraghi‘s Saint Laurent wedding dress on Instagram:

According to Brides, the evening party took place at the Monte Carlo Beach Hotel.

A source revealed to People that Rassam and Casiraghi have “actually known one another for a while,” explaining that they apparently had “a remote friendship of many years.” Love blossomed when they “were reconnected” over Christmas 2016 in Paris.

Stylish Women
The creative director and co-founder of Yadotsa shares her journey as a fashion designer.

Beauty Buzz
The influencer behind The Blonde Salad is getting into the beauty business.
Type keyword(s) and press Enter
WordPress Lightbox Plugin