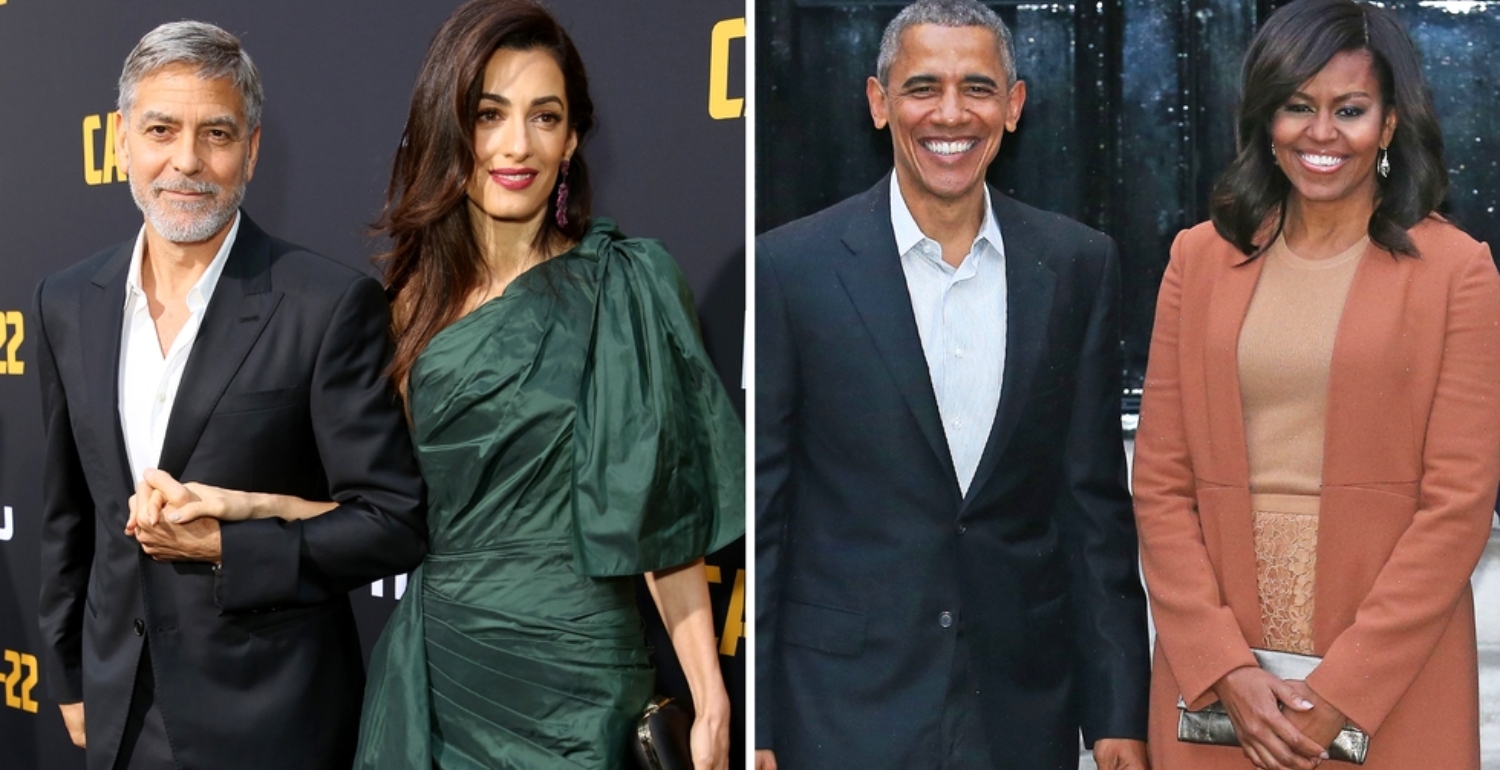 People /
Celebrity Watch
Put Michelle and Amal’s boat looks on your Summer ’19 mood board.
By Harper's BAZAAR US 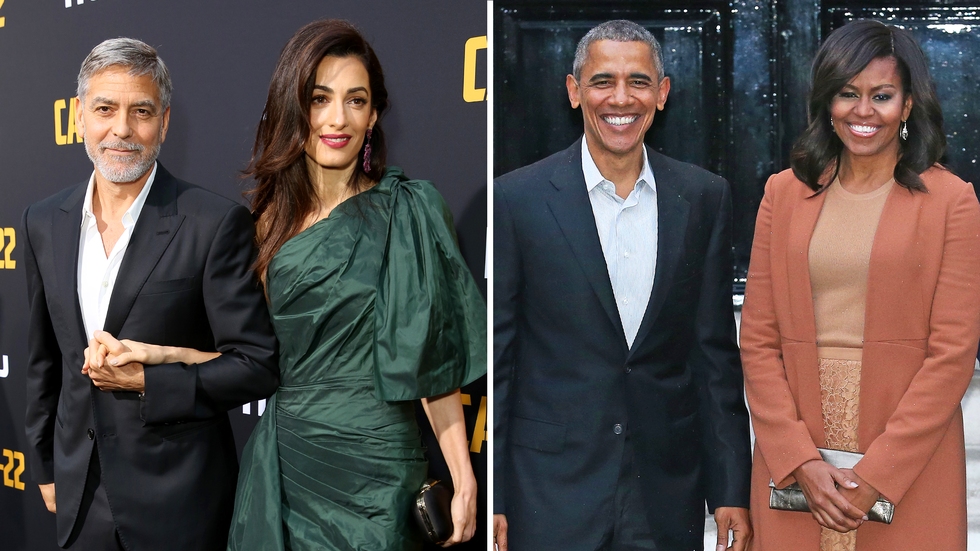 There are double dates and then there are DOUBLE DATES and today, the Obamas and the Clooneys joined forces for the all-caps version. Barack and Michelle joined George and Amal at their home in Lake Como, Italy this weekend—making for one of the most epic (and powerful) group dates of all time.

Serving up some major summer style inspo, Michelle Obama and Amal Clooney were spotted in chic vacation looks while on a private boat. The former First Lady donned a white top complete with billowy sleeves while the human rights attorney opted for a colorful dress with pink and orange prints by Gucci. 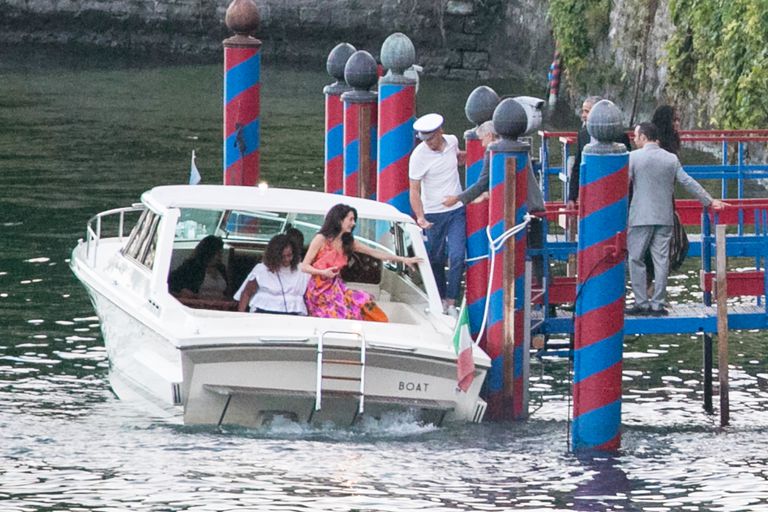 Their husbands joined the excursion as well, each wearing suits (Barack in black and George in gray) for the occasion. Though it’s likely the couples were on their way to a charity dinner for The Clooney Foundation for Justice, it’s unclear exactly what they were up to on their night out. 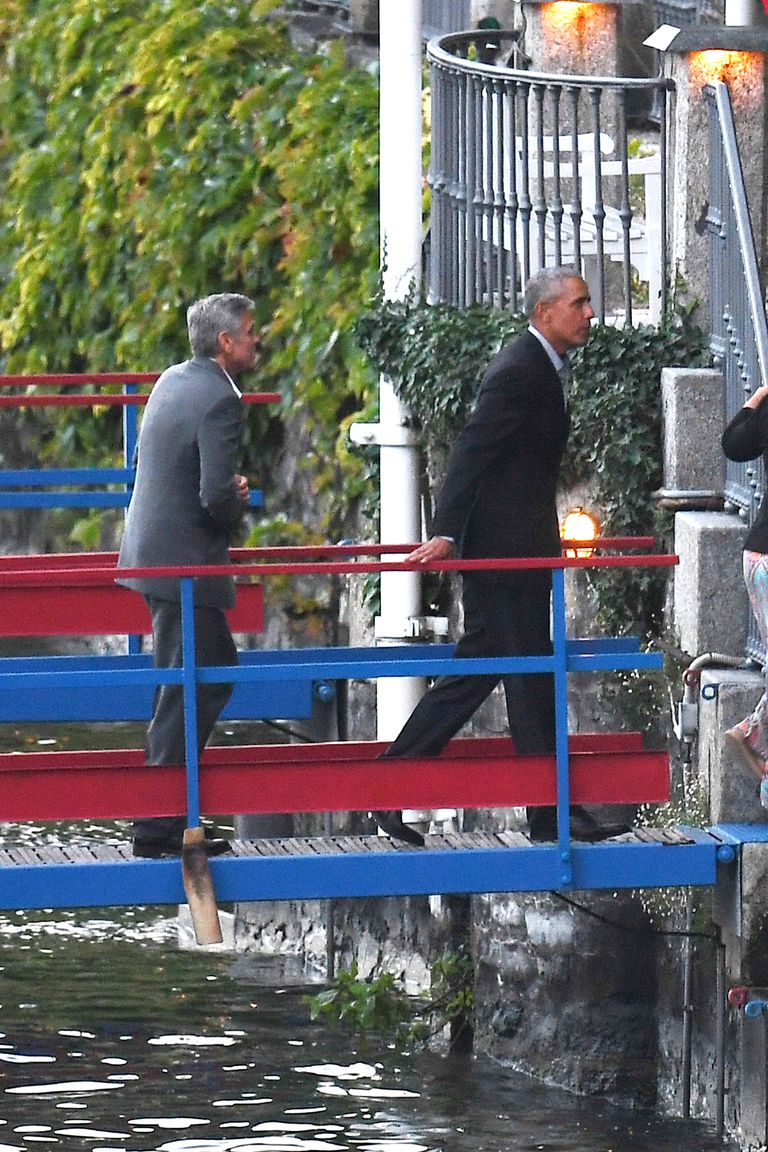 Barack Obama and George Clooney depart a boat in Lake Como, where the Clooneys have a home.
SPLASH NEWS

Obama and Clooney’s friendship dates back to before Obama was elected president in 2008. The two previously worked together to aid people in Darfur during Obama’s time as a senator, according to ET. They’ve since maintained a close relationship over the years, bonding over their charity work and humanitarian causes.

Barack and Michelle’s visit to the Clooneys’ Lake Como home follows their vacation to France last week. Just days after their youngest daughter Sasha’s graduation from high school, the family ventured to the South of France for a family getaway. Sasha, 18, and Malia, 20, delivered some A+ vacation looks during the trip. 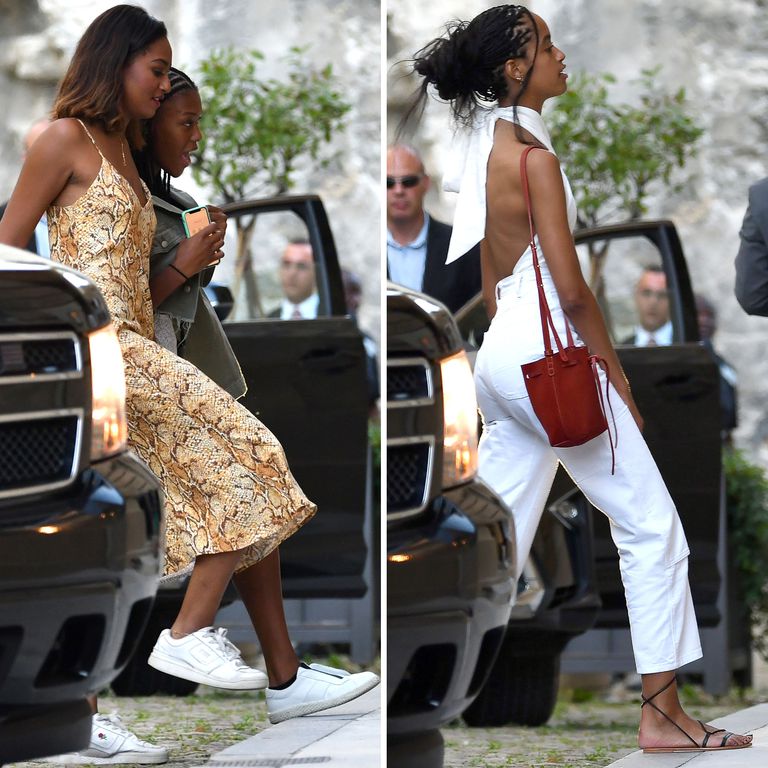 Sasha and Malia Obama on vacation with their parents in Provence, France last week.
MEGA

Fashion|Fashion News
Our world is in free fall. How is the industry navigating these troubled waters?
Type keyword(s) and press Enter
WordPress Lightbox Plugin