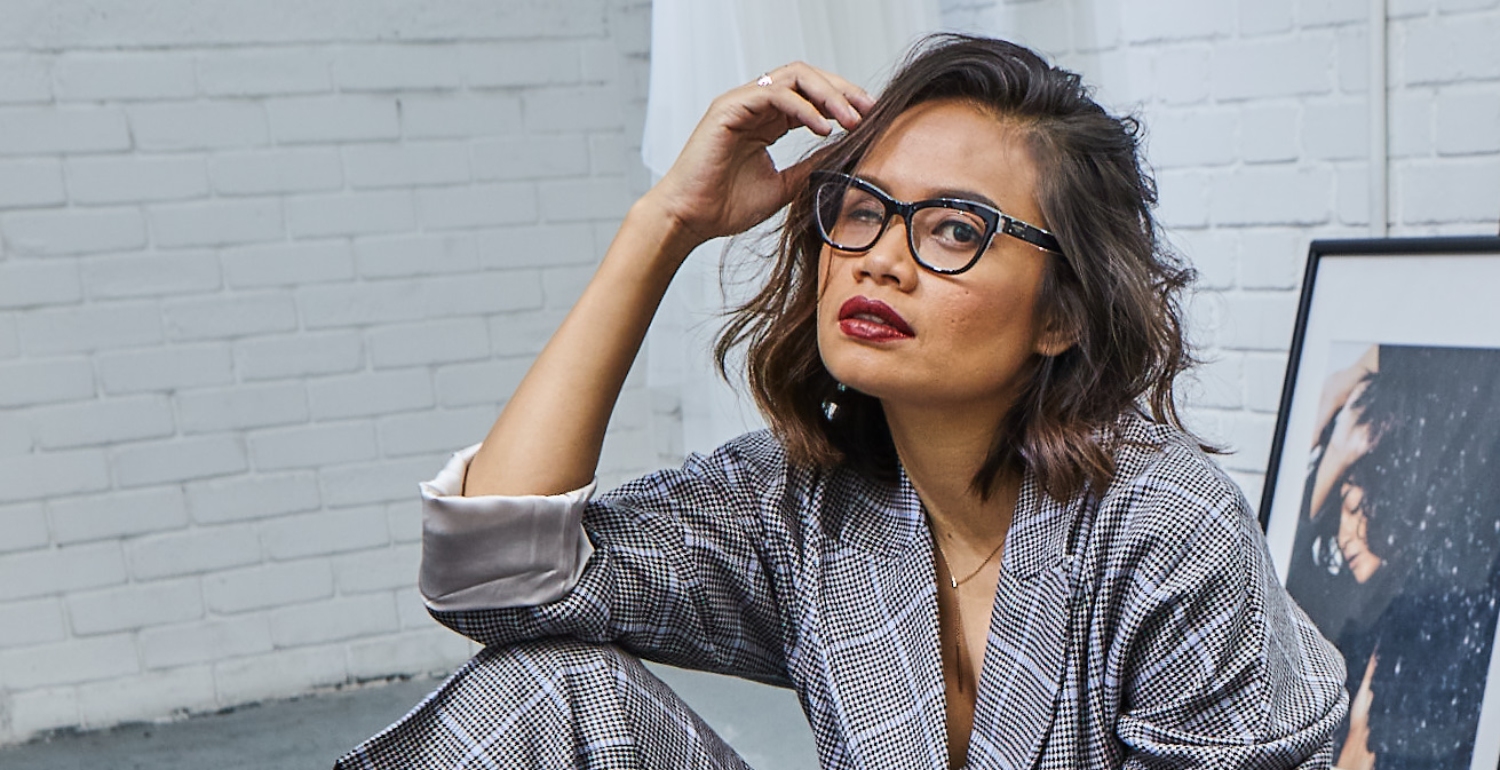 People /
A Fashionable Life
BAZAAR talks to this ad creative on her style journey and the Malaysian fashion landscape.
by Mughni Che Din 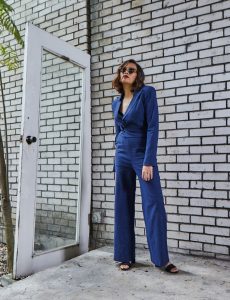 There is something about Jacky Hussein that captivates and draws people in. Her steely confidence, razor-sharp humour and uniquely bold style sets her apart from other personalities I have had the pleasure of working with in the past. Prior to taking up the role as senior creative at Leo Burnett Malaysia, Jacky spent 8 years working in fashion publishing, an industry that allowed her to express her fervor for writing. “At times, I do miss the rush of working for a publication, and my days working as an editor is something I continue to treasure to this day,” says Jacky, before continuing, “however, creating impactful advertising campaign strategies and implementing it from start to finish continue to challenge and satisfy my ever-growing creative hunger.”

Jacky possesses the irreverent swag of Bianca Jagger with her androgynous approach to dressing, and admits that she only fully embraced her mannish style signature in her 30s. “As a child, I’ve always been a bit of a tomboy. Back then, I used to hide behind feminine clothes to meet society’s perception on how a girl should act or dress,” she explains. “However, that all changed in my 30’s when I realised that I shouldn’t allow other people to influence the way I dress or conduct myself.” 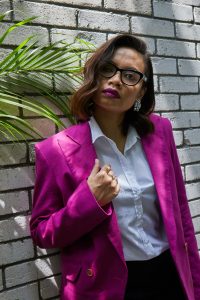 Unlike most style stars whose initial fashion exposure is due to their mother, Jacky’s father was her biggest role model growing up. “My father–an ex-army guy, always takes great care of his appearance and is always well-groomed and smartly dressed,” she divulges, while wearing a navy blue suit-like jumpsuit from Afiq M, Celine cat-eye sunglasses, and black strappyau courant sandals. “One of my earliest memories of fashion includes playing dress up in his bush jacket and pretending it was an oversized coat. Perhaps that’s how I developed an interest in menswear.”

Between shots, the conversation quickly shifts towards a topic that she is truly passionate about — the local fashion industry. “The Malaysian fashion scene has grown so much in the past decade, especially with the boom of e-tailers such as Zalora.com.my and FashionValet.com that help provide a platform for homegrown designers to promote and sell their designs,” says Jacky. High on the list of Malaysian designers is Afiq Mohamed and Ezzati Amira.

“I once wore a songket pantsuit by Ezzati Amira to the Chanel show at Paris Fashion Week. People took photos and showered me with compliments, and I remembered feeling so proud of our Malaysian talents,” Jacky reminisces. In addition, Jacky urges young Malaysian designers to continue to push their signature aesthetic, and to take it to a whole new level and expand their influence beyond Malaysian shores.

Having said that, Jacky believes that style is more than just the clothing; it’s about a person’s attitude and how they carry themselves. For instance, her favourite style icon, Emmanuelle Alt, is Parisian-chic personified. “There is something so appealing about the French girls, even if they are wearing something simple like a blazer, T-shirt and jeans. It’s that je ne sais quoi that make them so effortlessly stylish,” Jacky says.

Having gone through persistent hyperplastic primary vitreous (PHPV), a rare eye disease that caused her to go blind in her right eye, and having experienced all sorts of bullying growing up, Jacky emphasises the importance of self-love and acceptance on a regular basis. “We need to stop chasing the idea perfection and start embracing our imperfections and flaws, because beauty comes in all shapes, sizes and colours. Don’t let others tell you otherwise.” 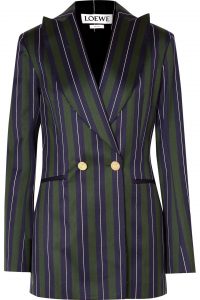