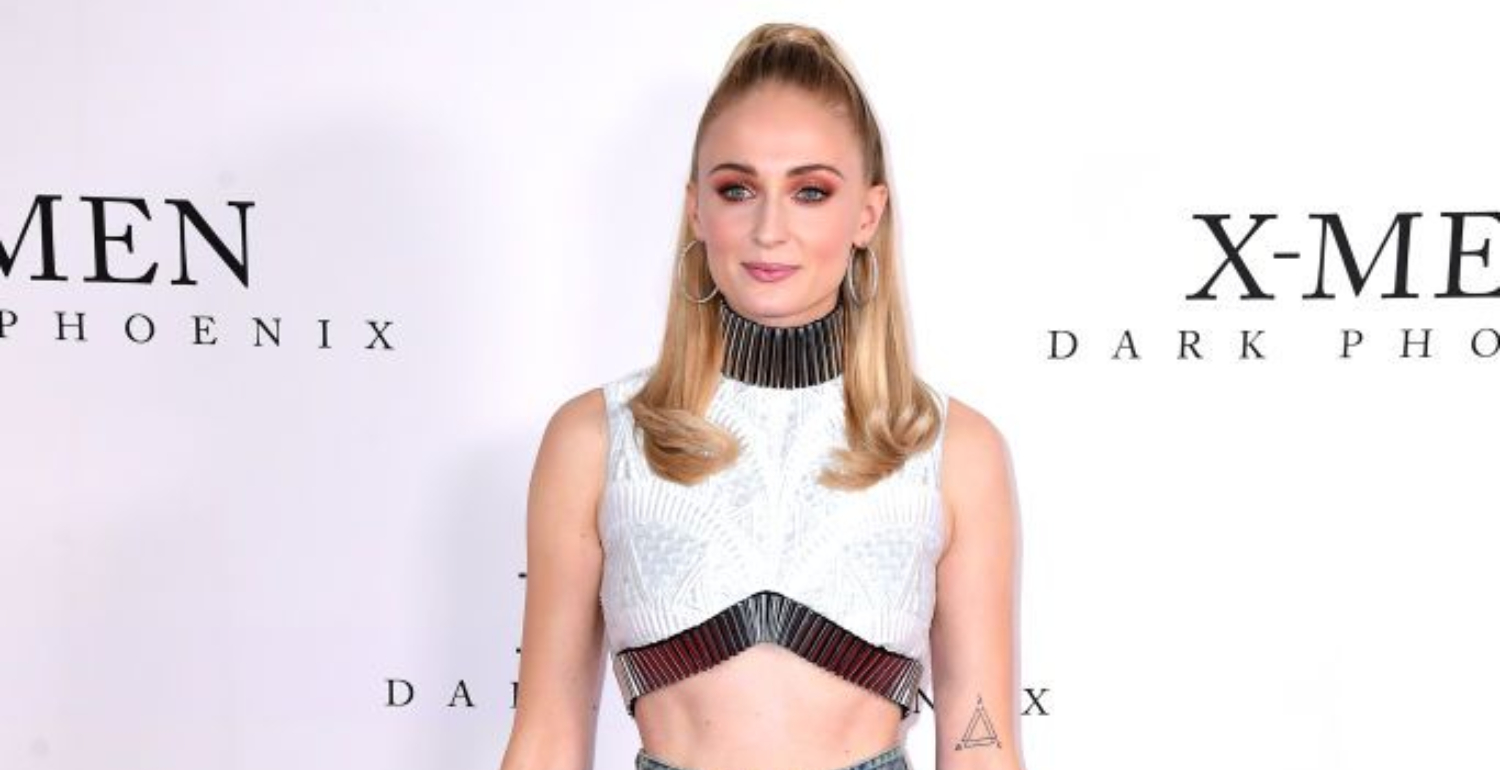 People /
Celebrity Watch
Is it possible to stan harder? (Spoiler alert: no.)
By Erica Gonzales

Sophie Turner is anything but basic. So when she steps out in your favorite Friday night outfit combo from college, you better believe she is going to make it look cool.

For a press appearance in London today, the Game of Thrones and X-Menstar donned an elevated crop top (those exist!) with a high metallic collar and matching silver detailing on the hem. She completed the ensemble with high-waist jeans, black and silver cap-toe pumps, and big hoop earrings. 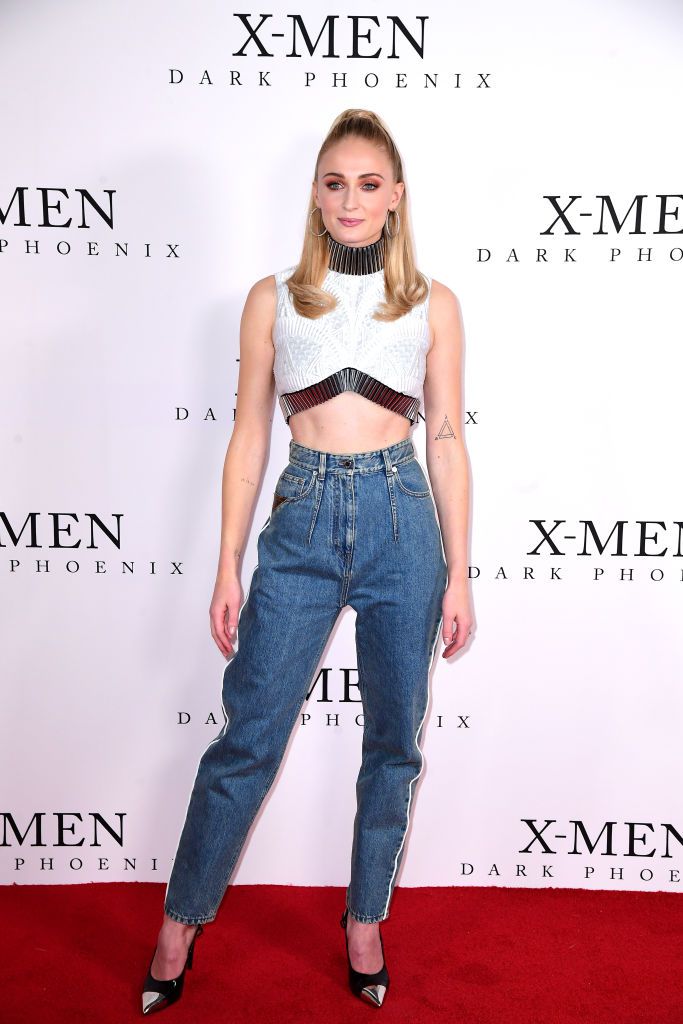 Turner rocked the look (styled by Kate Young) like a pro, and she posed with her arms forming an “X” as a nod to her new superhero film, Dark Phoenix, which premieres on June 7. (If you look closely, you’ll notice her House Stark-inspired “The Pack Survives” tattoo.) 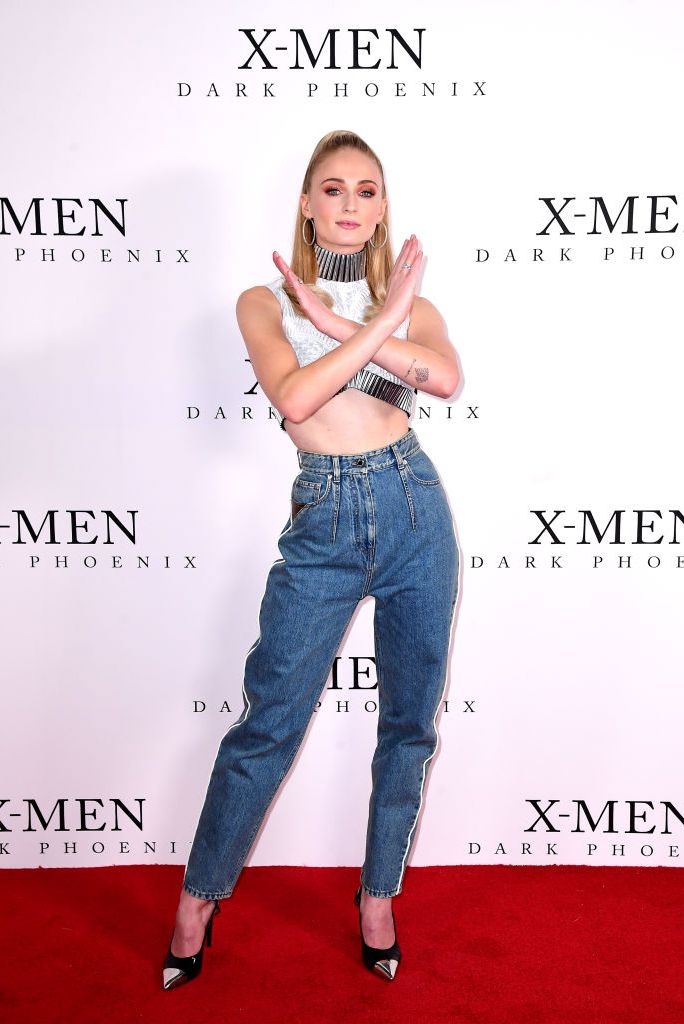 Her beauty look was just as impressive, with a posh high half-ponytail courtesy of hair stylist Christian Wood, and glam, glittery makeup by Georgie Isdell.

Turner, who stars as Jean Grey in the upcoming installment of the X-Men franchise, was later joined by her co-stars Michael Fassbender (Magneto), Jessica Chastain (Smith), and James McAvoy (Charles Xavier). 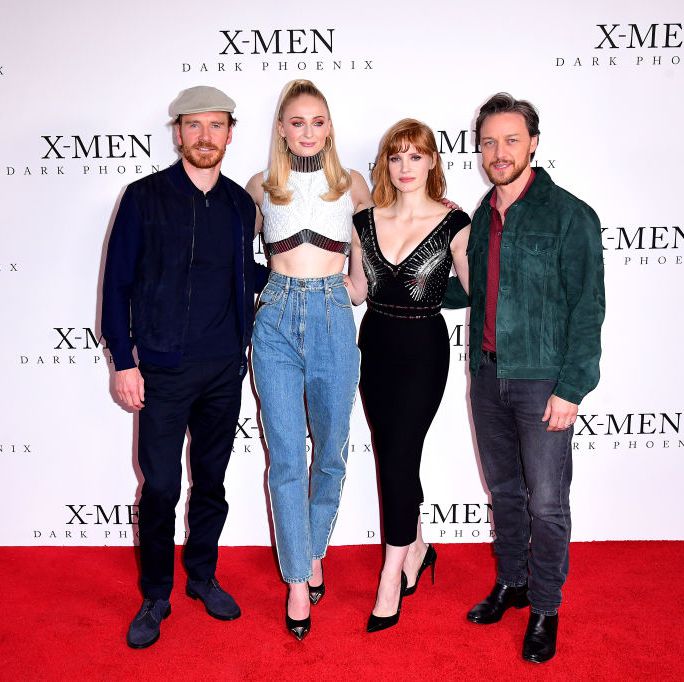 The Game of Thrones alum has been whipping out red carpet-ready outfits left and right in recent weeks for her X-Men press tour. Just yesterday, she wore a Louis Vuitton bubble dress from Nicolas Ghesquière’s Resort 2020 collection for another appearance with the cast in London. (She’s an ambassador for the French fashion house.) 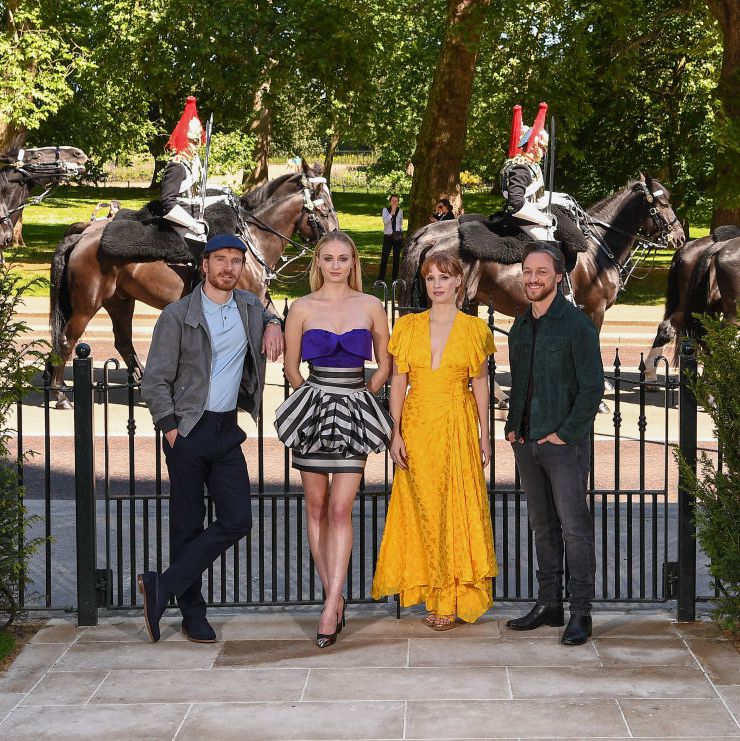 The X-Men: Dark Phoenix stars pose together in London on May 21.
JEFF SPICER GETTY IMAGES

A week prior, she rocked another from the same collection, this time a futuristic-meets-athletic ensemble for a fan event in Mexico. 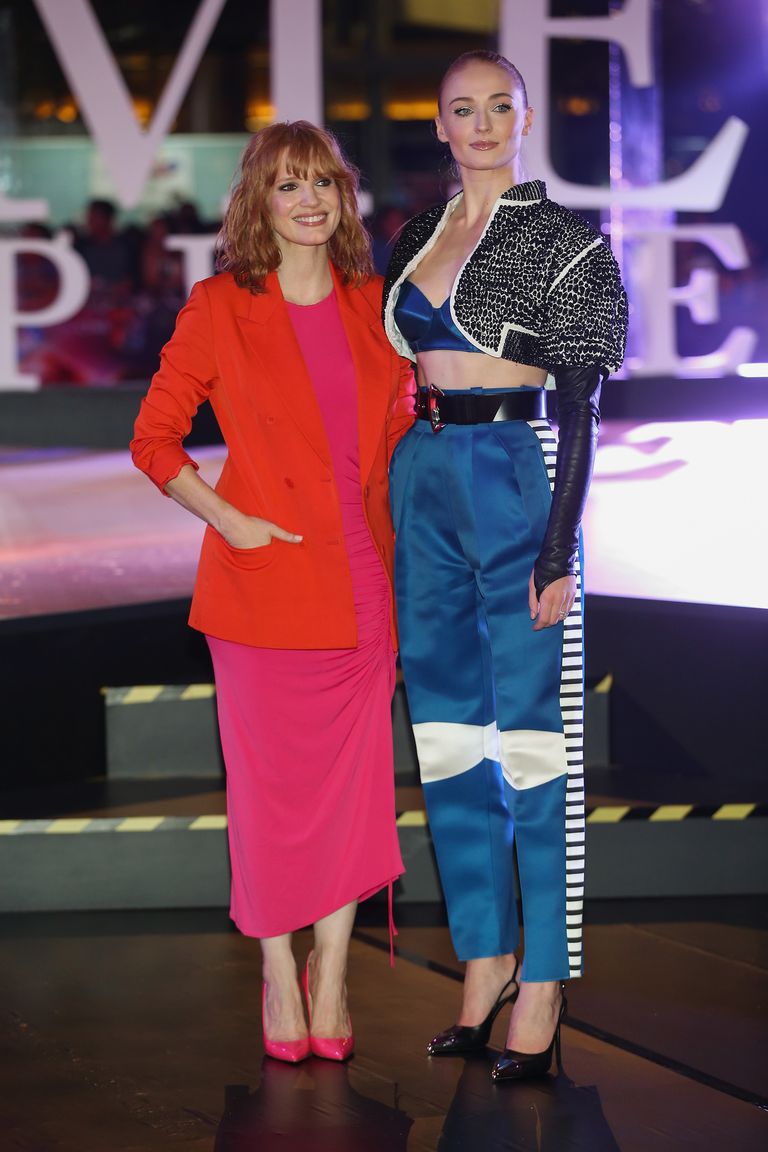 Even while promoting her first big project post-Game of Thrones, Turner has been unable to escape the hype surrounding the hit HBO show. Her co-star Jessica Chastian has been pressing her with theories in between press appearances, which Sophie could only shrug off before the finale aired.

Fashion News
The designer is one of four trustees chosen by the Prime Minister.
Type keyword(s) and press Enter
WordPress Lightbox Plugin