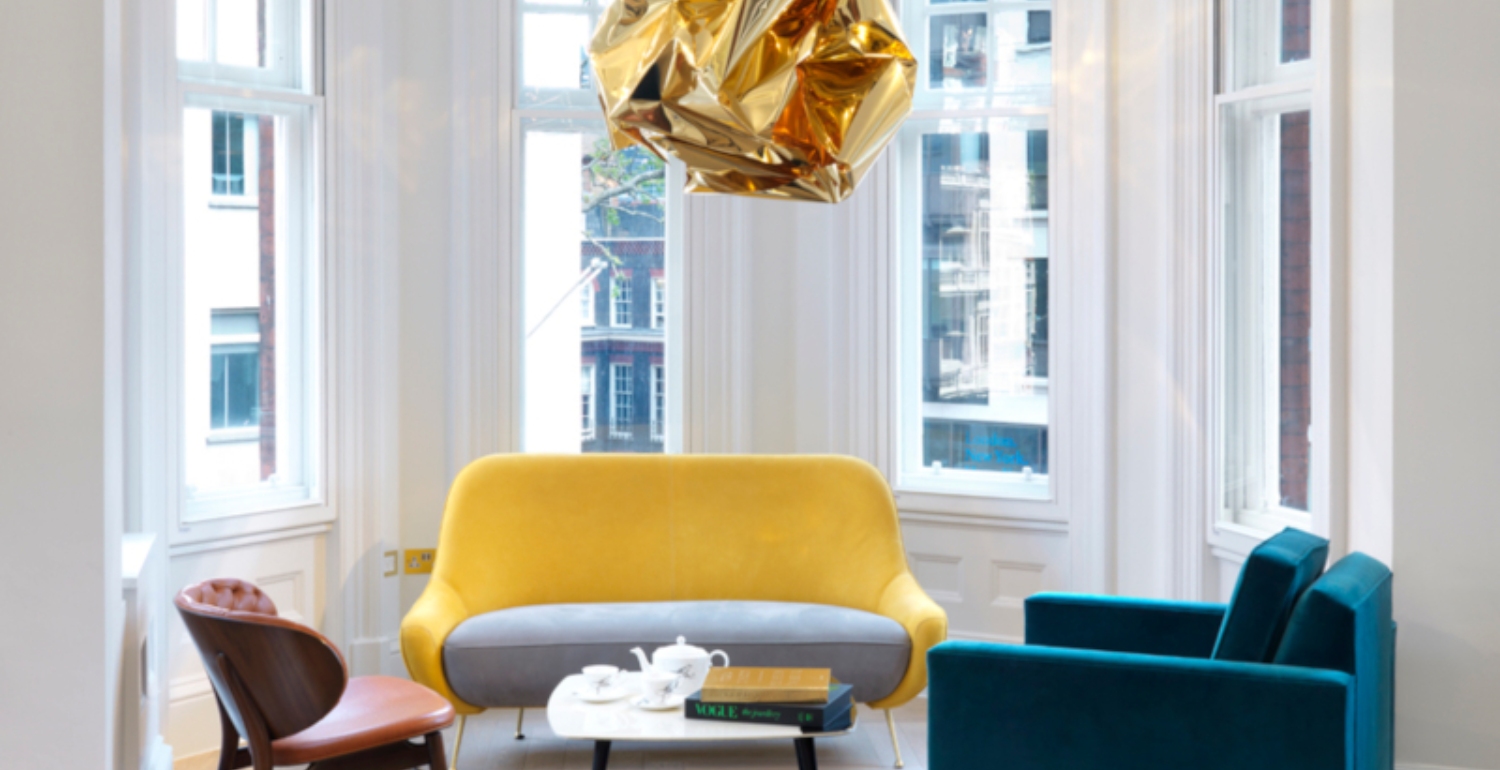 People /
Celebrity Watch
A day in the life of the rockstar jewellery designer.
By Amy Yasmine 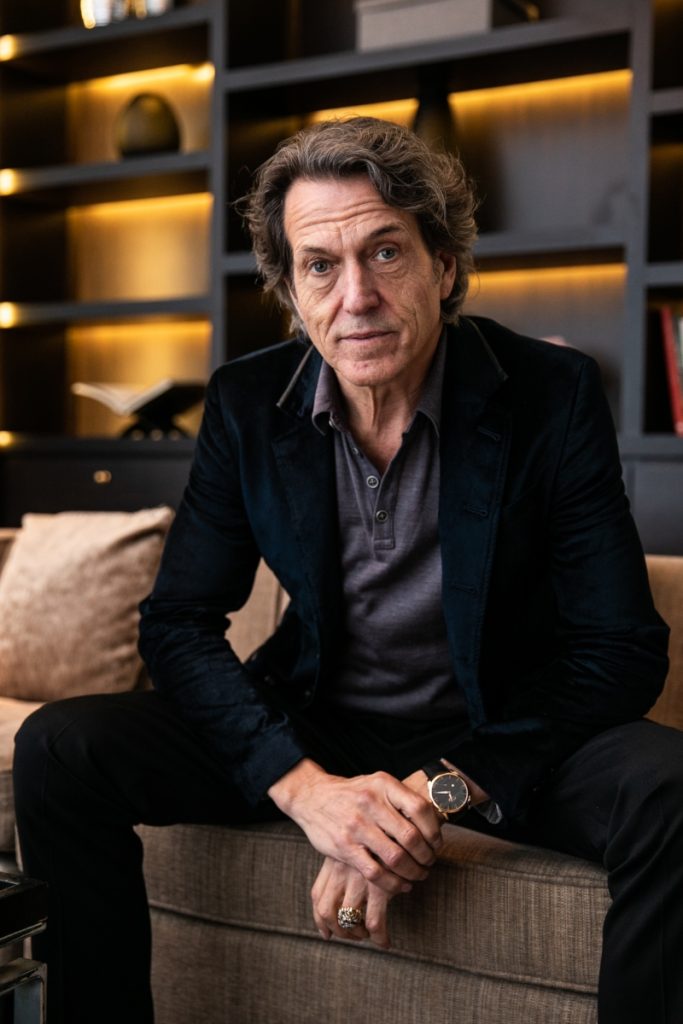 British designer Stephen Webster during his visit to Kuala Lumpur

8AM I reluctantly have a trainer who comes to the house, because if I had to go somewhere else, I just wouldn’t go. He comes around and knocks on my door—one of the few things I wake up to. I’m never really hungry in the morning. My youngest daughter is a foodie, and these days I tend to eat a little healthier because of her. She’d prepare cereal, fruit, and yogurt the night before, though the most I would have is a banana.

8.45AM I live by Hyde Park right now, and we just got into spring, which makes it beautiful to be out. My studio is just 20 minutes away from where I live, and I like to take a walk across the park to get to work. I used to feel like I needed to be the first one in because I had to set an example, but I’ve gotten over that now and I’m a little more relaxed about my morning because I am always the last one to leave. On the way, I’d stop for a cup of coffee depending on my route. Both of them are individual places, and not part of coffee chains. 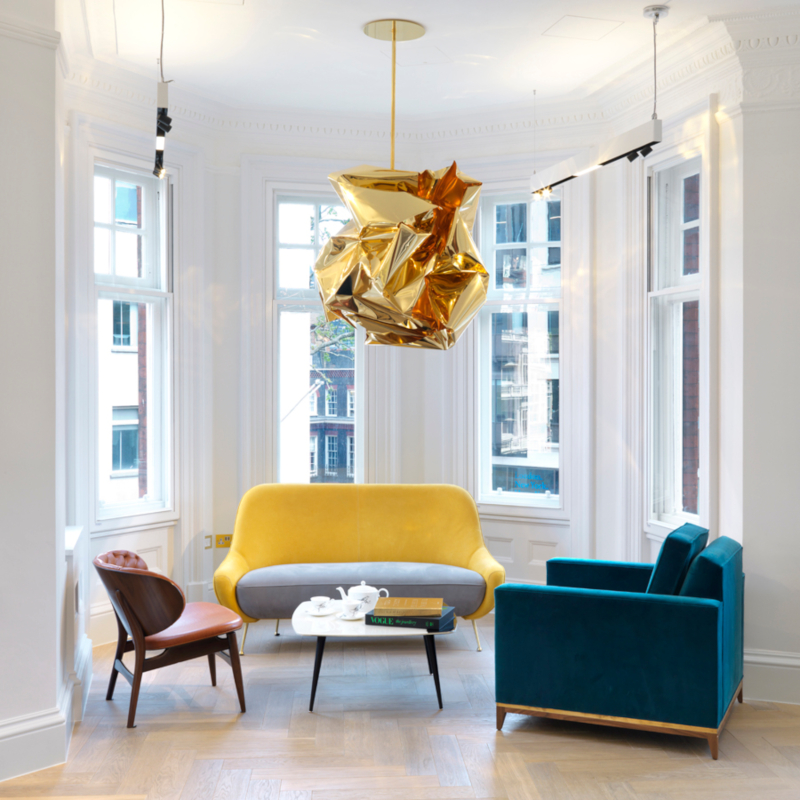 9.30AM As soon as I walk in the door, my head designer usually comes running to discuss a collection. We’ve been working together for 17 years, and there is never a moment when we are not working on something that has to have my input. Soon after, I’ll have my first meetings with my design team. From then on, it changes day to day, with the exception of production meetings, which never seem to stop.

12PM My close friend, Mark Hix, is a chef here in London. His restaurants are some of my favourites in town. We became partners for seven years, and I even have my artwork in his restaurant. We’ve now expanded into creative collaborations, like a shrimp door handle I designed for his restaurant, and being a sponsor for the Hix Award for young artists.

1.45PM While London is where I’m at during the weekdays, I spend the weekends in my country home on the coast of England. The view is of the English Channel, and you can actually see France. Otherwise, you’ll find me in other parts of the world, like Miami in Florida, or most recently, Kuala Lumpur, where my pieces are currently available at Habib Jewels. I also just got back from the Tucson Gem, Mineral & Fossil Showcase in Arizona—it’s my favourite thing to do, and I’ve been going since 1983. I usually go to source for unique gems and often end up buying things out of oil drums from miners who come out of the ground once a year. You can even find stones that are worth USD1 million. Because of my Crystal Haze technique, I’m always in need of rocks. This time, we are seeing a shift in big brands wanting people to feel what they are making has a connection to the earth; they all want to get a bit of the story.

3PM Every time I return from Tucson, I feel very inspired, and I start a whole new conversation with my head designer, whose team now includes my daughter. This is where the magic begins in the studio; raw gems will be cut into specific shapes and design by my stonecutter and my brother, who is currently our technical head of production. It is an extra layer that we have always done—I like the grubby part because it is where the mystery comes from. Once it is cut, there is no mystery left.

4.30PM If I have the time, I go out and immerse myself in art. The last exhibition I went to was really amazing; it was at the Guggenheim Museum in New York, where I discovered Danish artist Hilma af Klint. Otherwise, I like to visit the Royal Academy of Arts in London. I go as much as I can, but when you are busy, you feel like the only time you can do something is in the working day, as it is for me. It is part of my interest, but it is also part of this inspiration from what is going on out there. 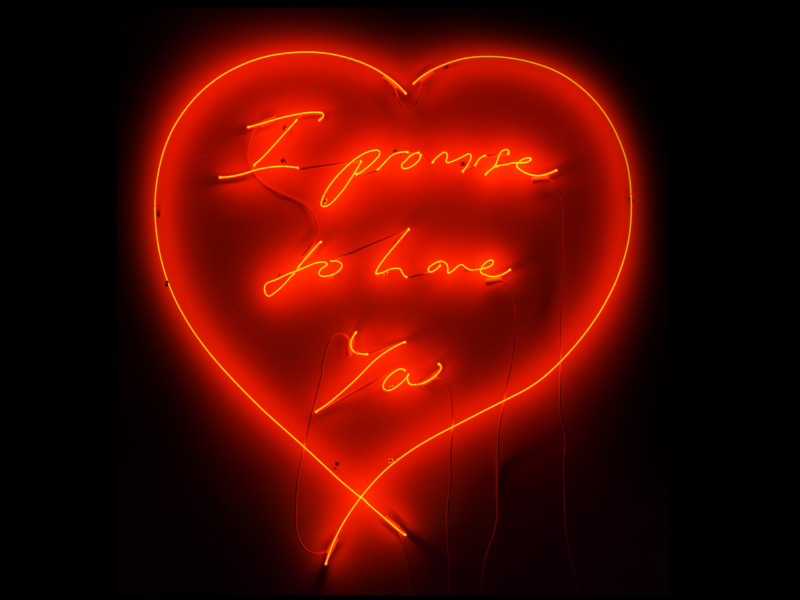 6PM I am lucky enough to know a lot of artists, and I had a gallery. Damien Hirst and Tracey Emin are two of my oldest friends; the latter has done portraits of me. She loves my jewellery, and we even have a collection together called I Promise To Love You, which was inspired by an art piece of hers that I coincidentally own. When I opened my gallery, I bought the office space above it and turned it into the No Regrets Lounge, to showcase some of the things I loved. Some of it were art, some had to do with cooking. There was also sculpture. It was not my work, but I wanted to share what I like with my friends and clients. It is now closed, but it will be relocated to Bergdorf Goodman in New York, where I have sold my jewellery for 20 years, instead. They told me, “You are the only brand in the jewellery world that can do that,” and I realised that there is something that surrounds us that people want to be part of.

9.30PM My evenings usually involve some sort of social activity. There is never an evening where we are in. If there is, then my family and I will do nothing because I rarely have time to watch television. I watch so many box sets, I forget what I’m watching. My family and I enjoy entertaining guests, and even host tequila nights. Mainly, it would be something connected to work but we like to make it fun.

2AM With everything that happens in a day, I usually come home exhausted and go straight to bed. We have two types of tea in the house, either a detox or “sleepy tea”—I am always torn between the two. I am a night owl, after all.

Hotel Reviews
Experience the best of land and sea.

Fashion News
The designer is one of four trustees chosen by the Prime Minister.