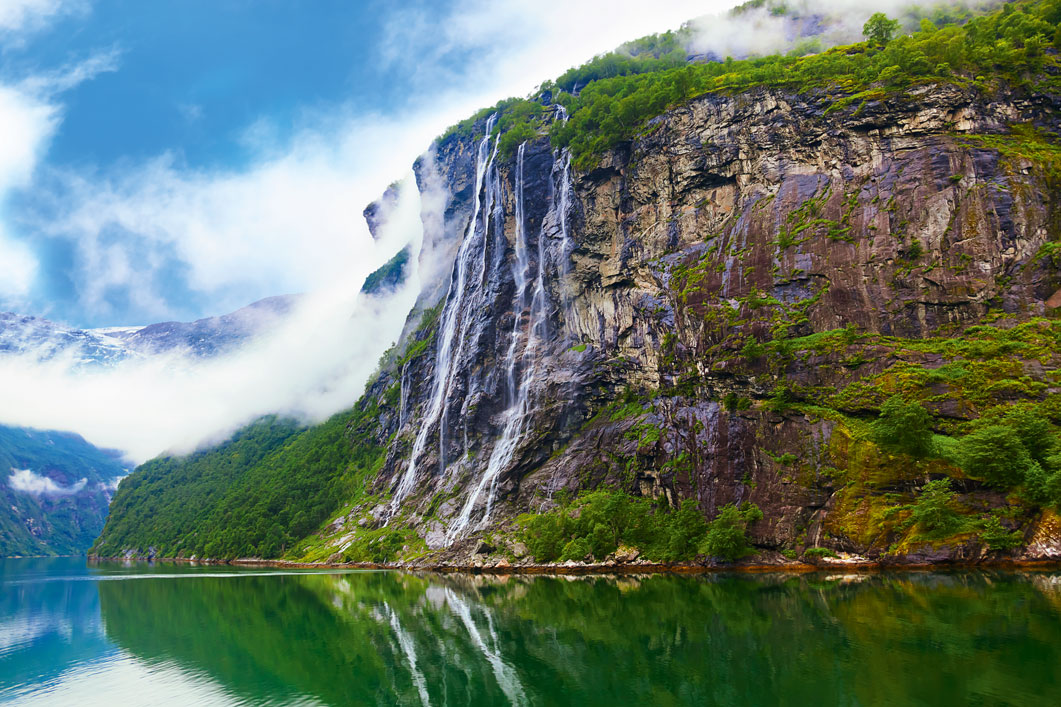 Kayak your way through Geirangerfjord, which was created by a glacier. Image: Shutterstock

Known as the jewel of Norwegian fjords, the unique “S” shape of Geirangerfjord greets you upon arrival, followed by a breathtaking scenic view of snow-capped mountains—it is almost impossible to take a bad shot here. Three magnificent waterfalls lies within this peaceful nature-filled sanctum. The perfect tranquil getaway for those in need of a wilderness retreat, why not stop by at the viewpoint on the steep Ørnevegen, also known as the Eagle Road, and take in a bird’s-eye perspective of the fjord? 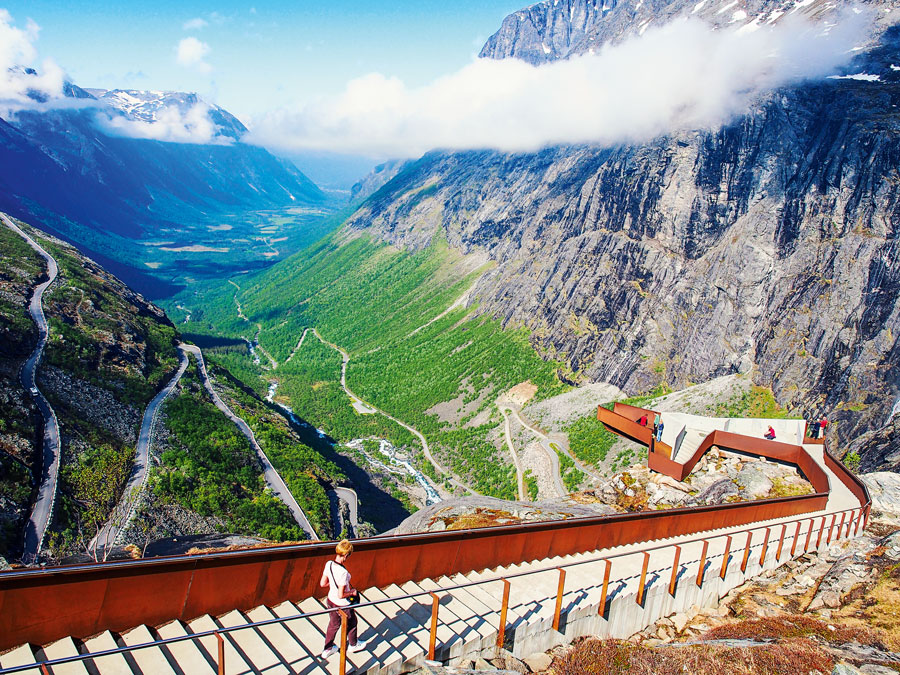 Steeped in Norwegian folklore, Trollstigen, also known as Trolls’ Path, got its name from a legendary story about trolls roaming through the mountains every night, turning into stones when the sunlight hits them; supposedly creating these stunning cliffs with their bodies that make sunrise and sunsets incredibly mesmerising. This dramatic mountain path has a steep 9 percent incline, features 11 hairpin turns and a drive that crosses a quaint stone bridge with the thundering 180-metre Stigfossen waterfall. 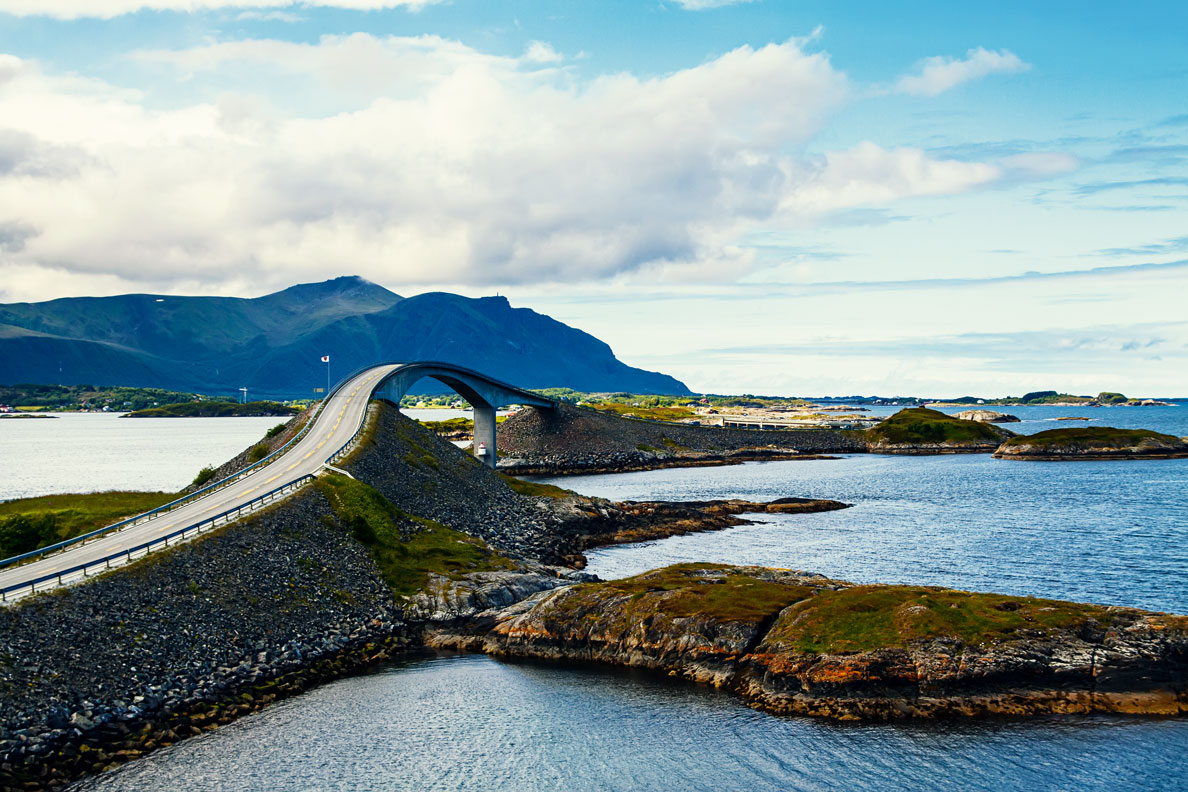 One of the many fascinating bridges of Norway that connects various islands. Image: Shutterstock

An infamous route that spans across multiple islands, some of which are home to jazz festivals, the Atlantic Ocean Road is connected by extraordinary bridges such as the Storseisundet. A play of optical illusion will make this bridge seem more like a diving platform rather than a bridge, making for the ultimate roadtrip experience. Zigzag through the roads and stop along the way for some whale spottinge. If that does not quench your adrenaline-fuelled thirst, spend a night or two at a scuba-diving resort and experience a whole new world below the surface of the ocean in sub-zero temperatures. 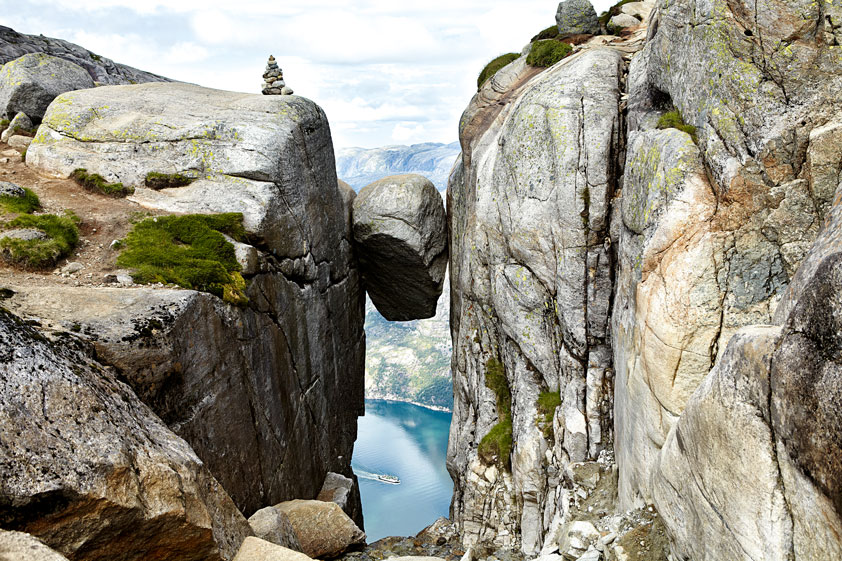 The famous Kjeragbolten wedged in between cliffs makes for the perfect platform to base jump. Image: Shutterstock

Stavanger in all its natural splendour played host to the set of Oscar-winning Ex Machina, and was once a Viking settlement. A destination for curious minds, Stavanger is one of the oldest cities in Norway, decked with archaelogical sites, and is home to the largest collection of  famous landscape artist Lars Hertervig’s work. When done with all things of the yesteryear, take it up a notch by base jumping off Kjeragbolten, the famous large rock wedged in between a cliff that is popular for extreme photography or jumping off, all in the name of adventure. 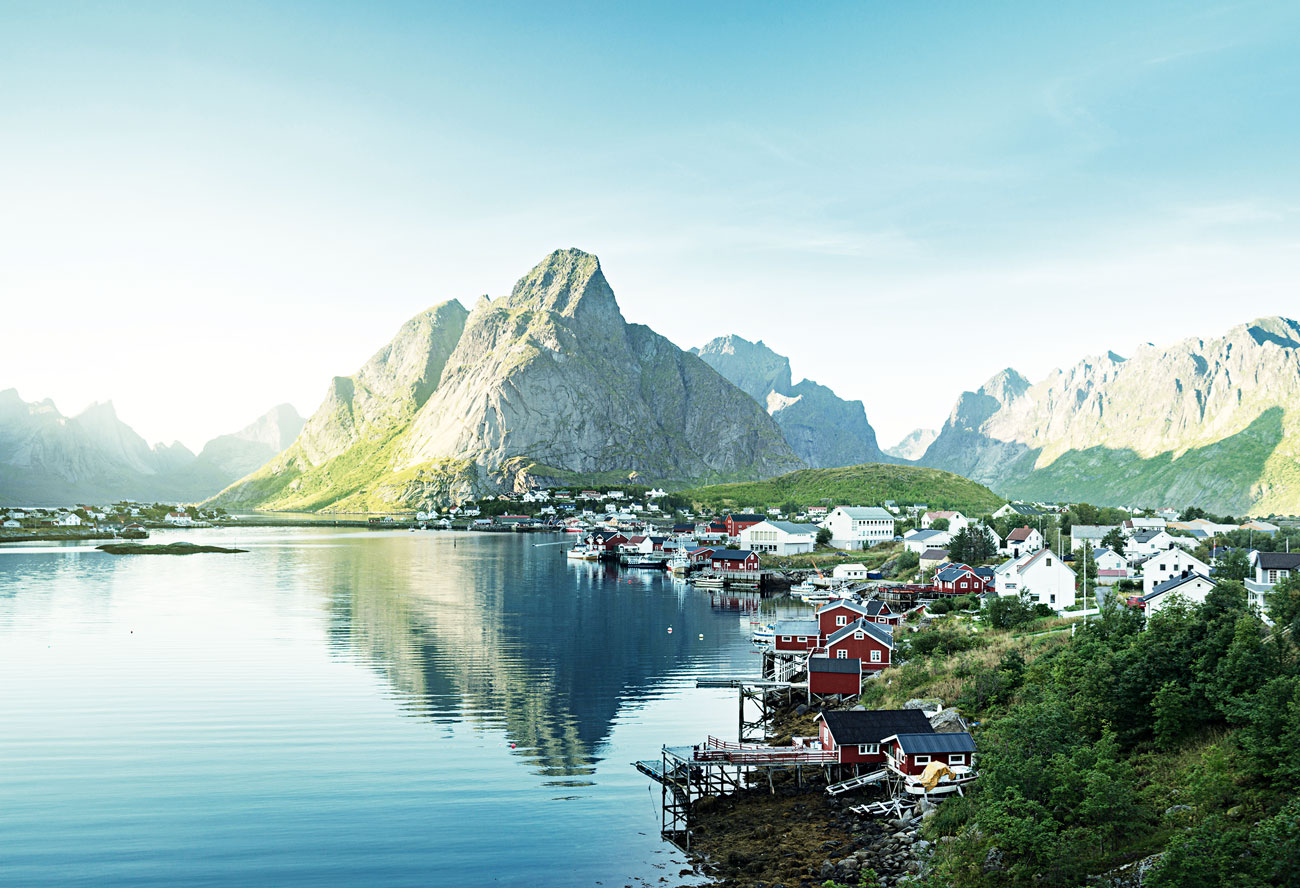 Voted as one of the most beautiful archipelagos, Lofoten is a landscape photographer’s dream come true. Visitors will be spoilt for choice with unforgettable nature experiences such as hiking, skiing, fishing, kayaking, and ocean rafting. Relive the days of the Vikings at the Lofotr Viking Museum—the largest Viking longhouse ever discovered, now reconstructed into a permanent exhibit. Then, sail out on a boat to neighbouring archipelagos, stumble upon whales, and schools of Atlantic salmons. The Lofoten Islands is where you can realise the true spirit of adventure.

News|People
The singer has opened up about the devastating reason she disappeared from public life.