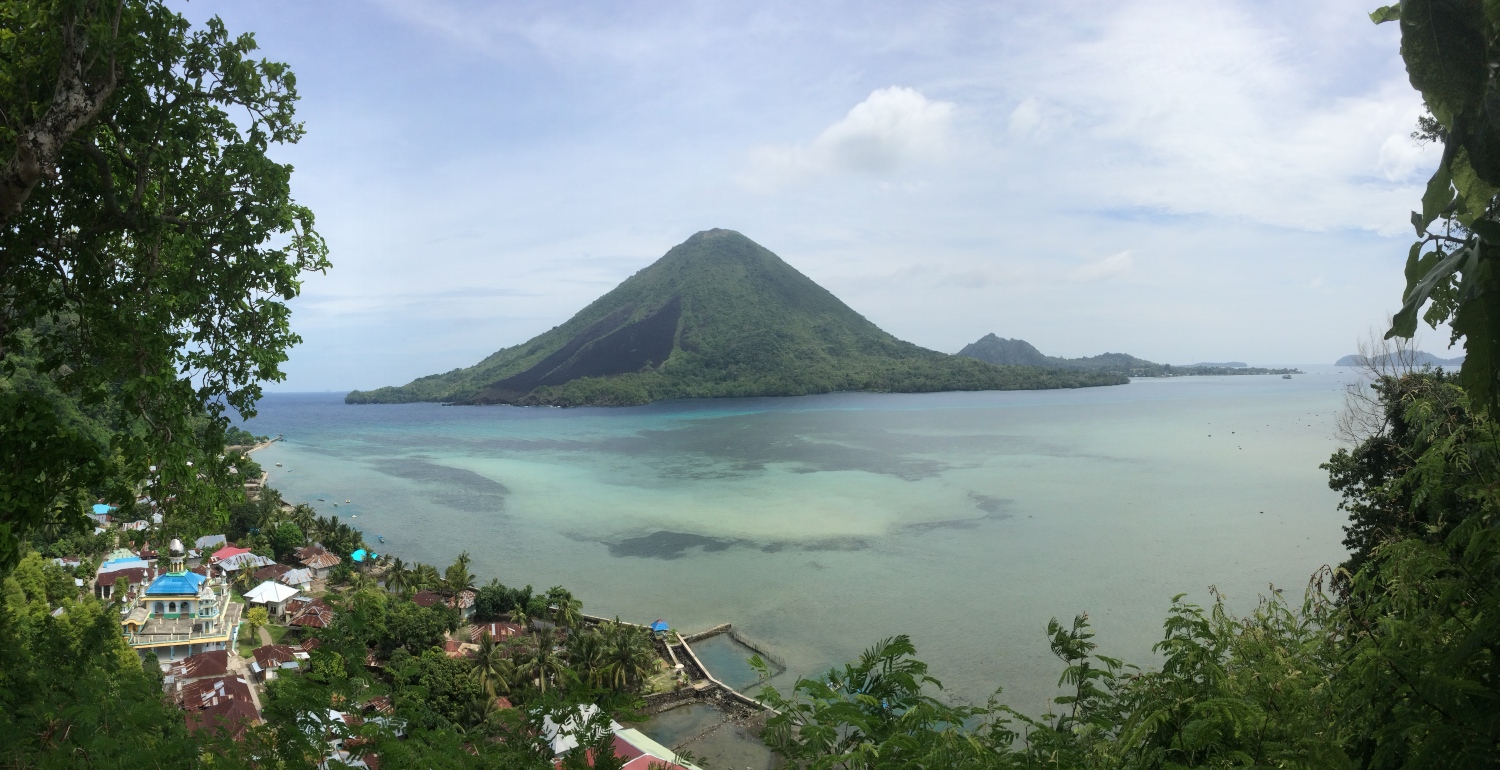 We set our sail at Ternate, the largest city in North Maluku, situated at the foot of the still active Gamalama volcano. Named Ombak Putih, this phinisi stole our hearts as soon as we set foot onboard. Her crew has the most genuine smiles; the happy, singing kitchen crew concocts exquisite, healthy Indonesian dishes throughout the journey. With just fourteen guests on board, the equal number of crew members on the phinisi made certain of our wellbeing throughout the twelve days of sail. The attraction to this SeaTrek cruise instead of its other equally attractive routes is to know more about the Spice Trade. Ternate and the nearby island of Tidore are the early spice sultanates and have long been competitors in trade. The appearance of European explorers further increased this rivalry, building forts in these remote locations to mark their territories. The Spanish (sailing across the Pacific by way of the Philippines) had already reached Tidore ahead of the arrival of the Portuguese, prompting the latecomers to rush into construction of Fort Gamalama, barely a mile away on neighbouring Ternate. 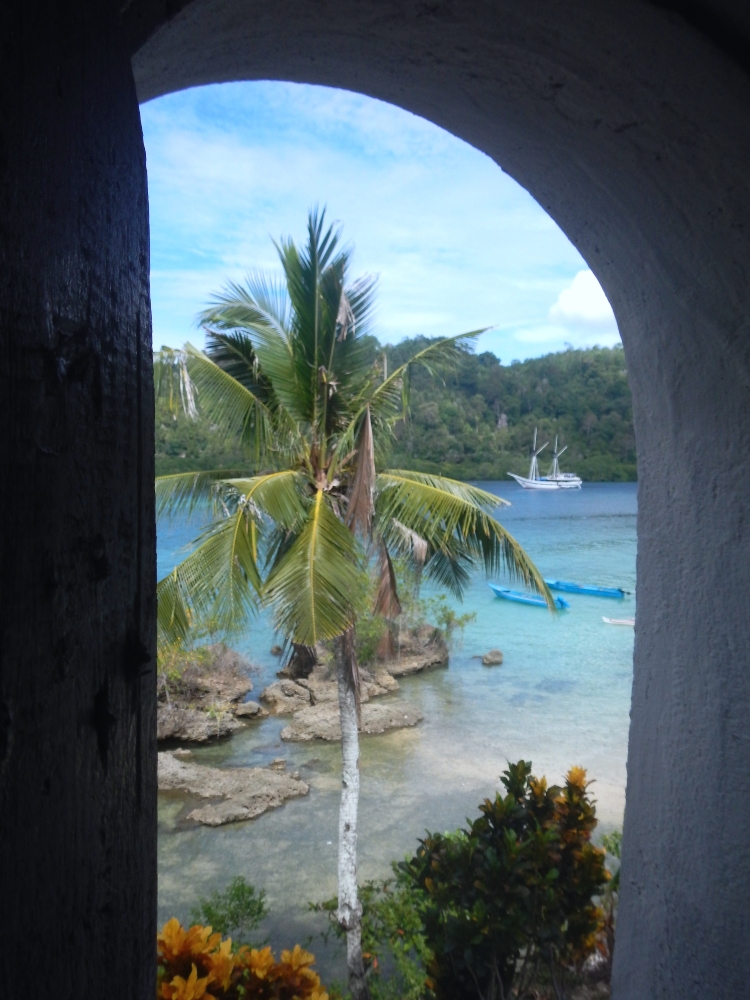 Ternate and Tidore were the source of cloves, and Banda, the origin of mace and nutmeg. Nutmeg was used as a preservative, aphrodisiac and reputed cure for the bubonic plague making it the source of fabulous profits in the markets at each stage of its long journey to Europe. Rich prizes were contested between the European superpowers, the legacy of these commercial wars still evident today. Being on the spice route, this expert-led cruise meant we were guided on every stop by a specialist. Our onboard expert Jeffrey Mellefont, shared his adventures in sailing through the archipelago by yacht with the traditional seafarers of Indonesia decades back. Although in a much more luxurious setting of the Ombak Putih, Mellefont sets the scene for us to experience the historical spice trade route.