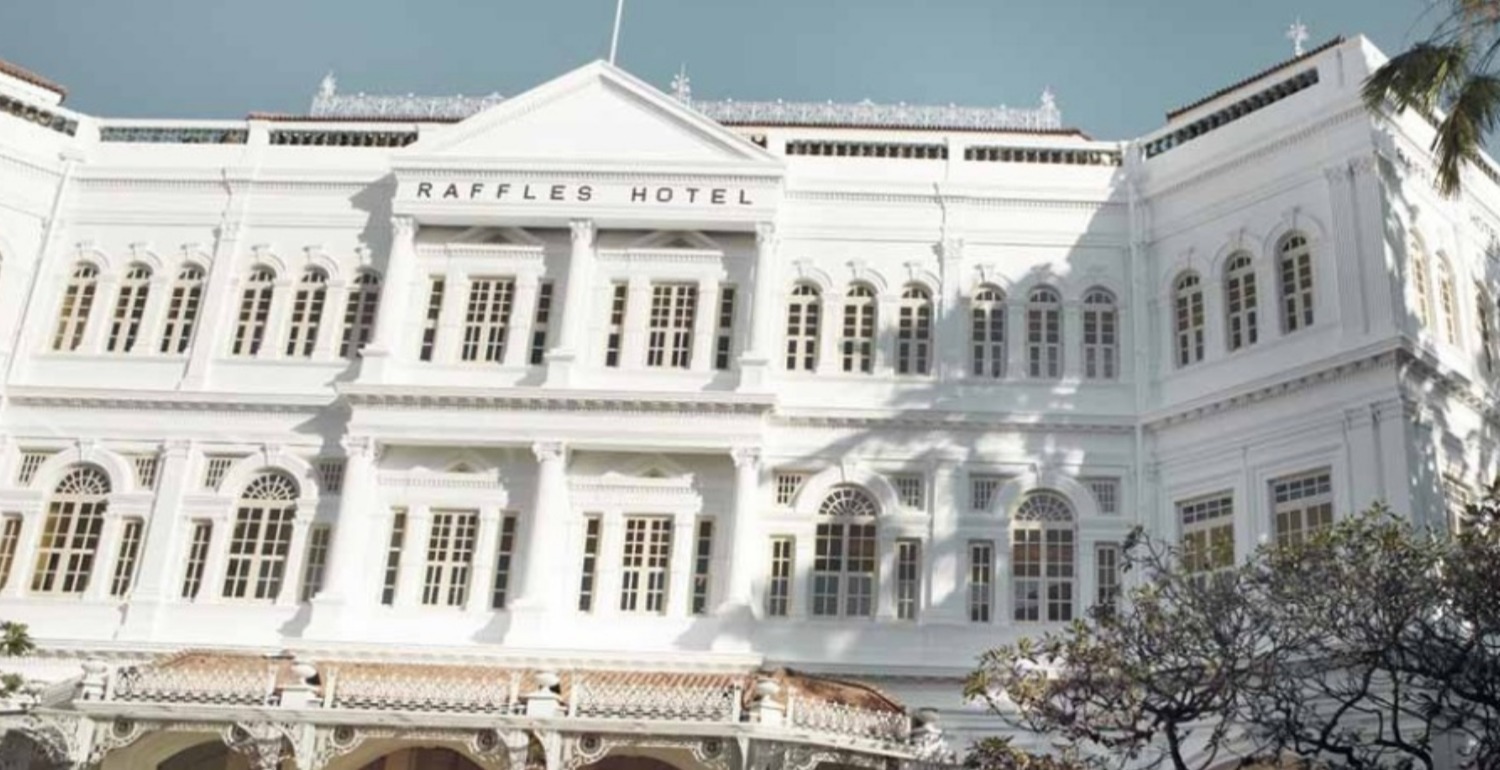 Travel /
Going Out
…and you can watch all the action.
By Emmilyn Yeoh

Go back in time with the remake of Raffles Hotel, a 130-year old timeless icon set in one of the world’s most modern cities, Singapore. To celebrate this momentous multi-million dollar makeover, Channel News Asia has released a two-part series, titled Raffles: Remaking An Icon as an exclusive peek into the hotel’s extensive restoration and renovation. For the first time in 30 years, all suites in the hotel are off limits to regular guests.

With its colonial facade, neo-Renaissance architecture, and luxurious marble floors, it’s easy to see why the hotel was a big draw to illustrious poets like Hermann Hesse and Rudyard Kipling. It was also in 1915 at the Long Bar, where a gin-based cocktail called Singapore Sling was birthed, and is now widely regarded as the national drink of the country.

There is no set date on the big unveil of the all-new Raffles Hotel, but rumours have it that a refreshed and renewed experience awaits in late 2018. In the meantime, why don’t you go behind the scenes and meet the Raffles Hotel team as they take one through the elegance and refinement of creating a 5-star experience?

To watch the first part of the series, visit www.channelnewsasia.com/raffleshotel

Culture News
The 93-year-old monarch has moved to her Berkshire residence amid Covid-19 fears, according to reports
Type keyword(s) and press Enter
WordPress Lightbox Plugin