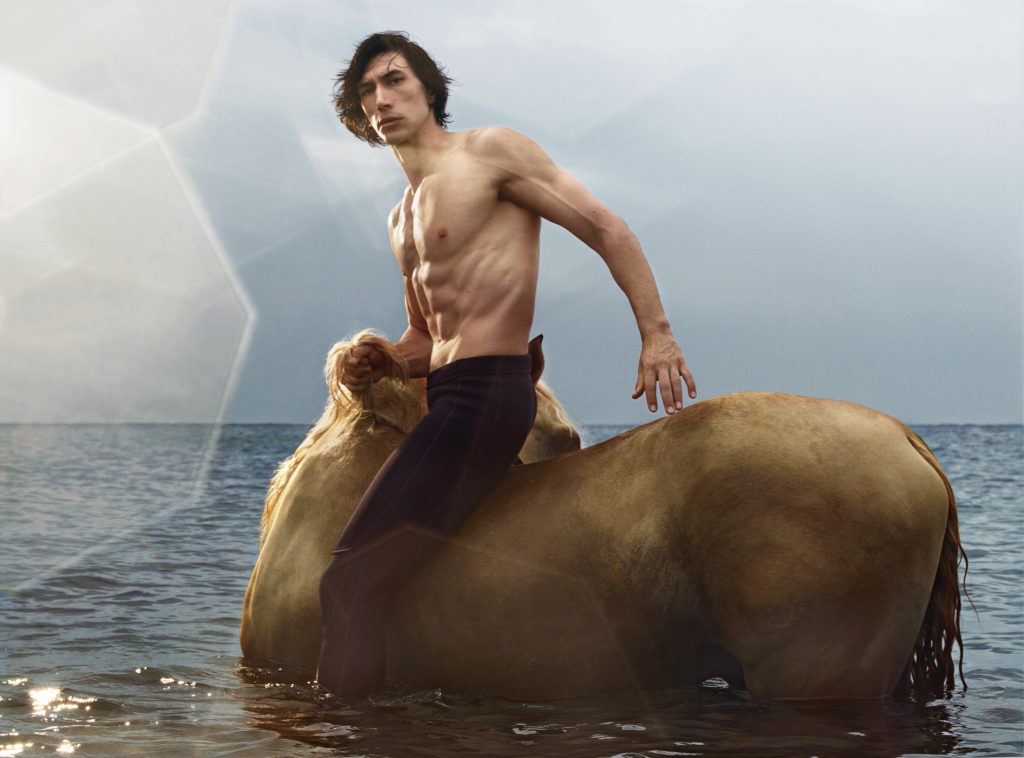 The internet is obsessed with Adam Driver! Don’t believe it? Well, there’s Exhibit A: an Instagram account called ‘Adam Driver Holding Things’ dedicated to, yes, you’ve guessed it, Adam Driver holding a variety of things including an apple, puppies and even his co-star Oscar Isaac. Then, there are also memes of Adam Driver looking like a specific breed of cat, the Oriental Shorthair – as ridiculous as it sounds, we definitely see the resemblance.

There’s an unconventional appeal to Adam that both women and men are attracted to. He may not be traditionally handsome but his intense acting (case in point: his character Kylo Ren in Star Wars and the emotional Charlie Barber in Marriage Story) and masculine 6’2″ frame draws people in and you can’t help but feel some type of way for this guy.

Lucky for his fans, Adam appears in a new campaign for Burberry Hero, the brand’s new fragrance for men. The campaign, featuring a film directed by Jonathan Glazer and images photographed by Mario Sorrenti, captures the enigmatic and adventurous actor in the awe-inspiring beauty of the natural world. The short video shows him shirtless on a secluded beach racing to the ocean, alongside a brown stallion. He dives into the water and emerges as a centaur. See the video for yourself below!

As Burberry explains, the campaign presents a man in search of freedom and personal transformation – no longer held back by preconceptions. 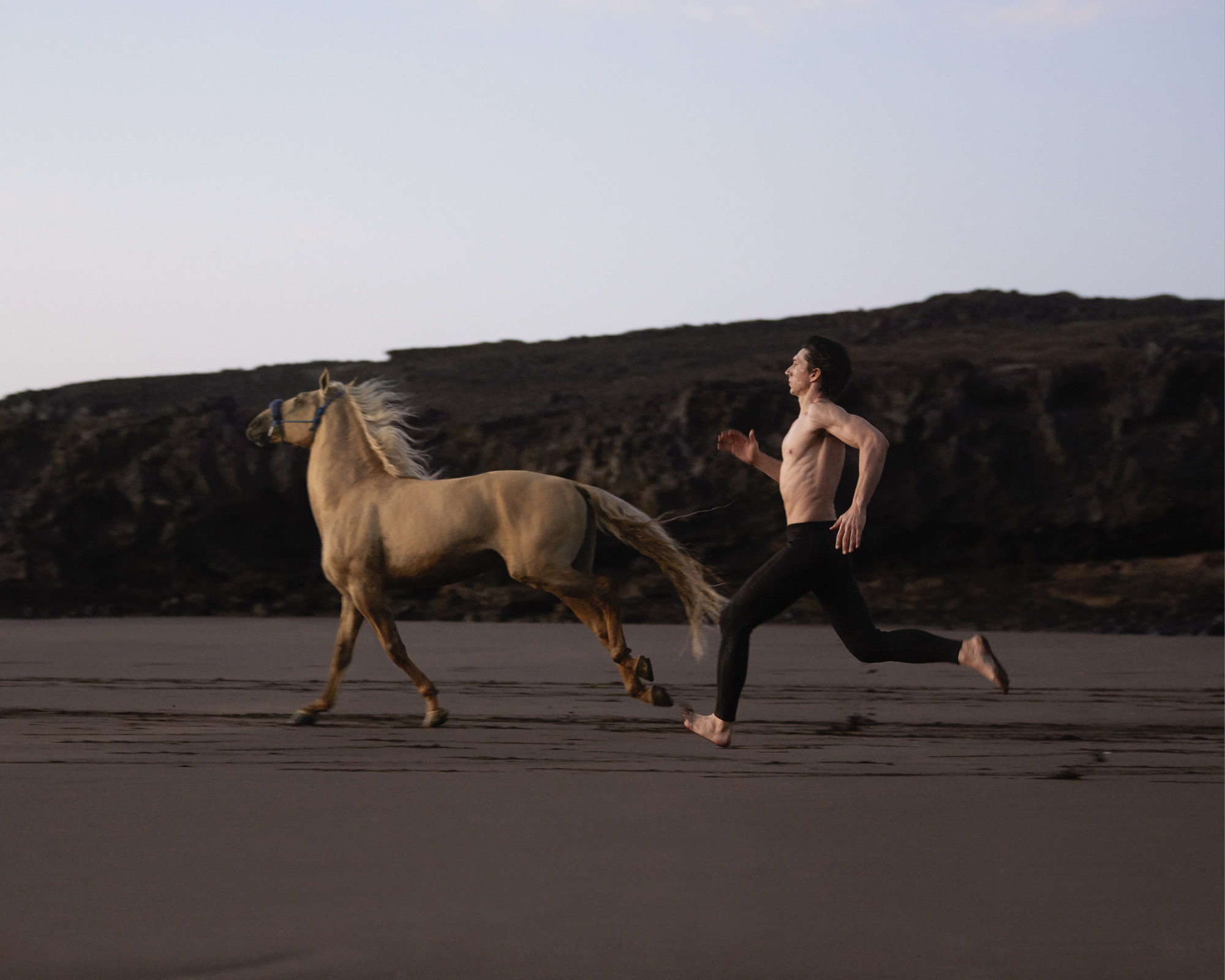 Behind the scenes. © Courtesy of Burberry / Benjamin Pexton 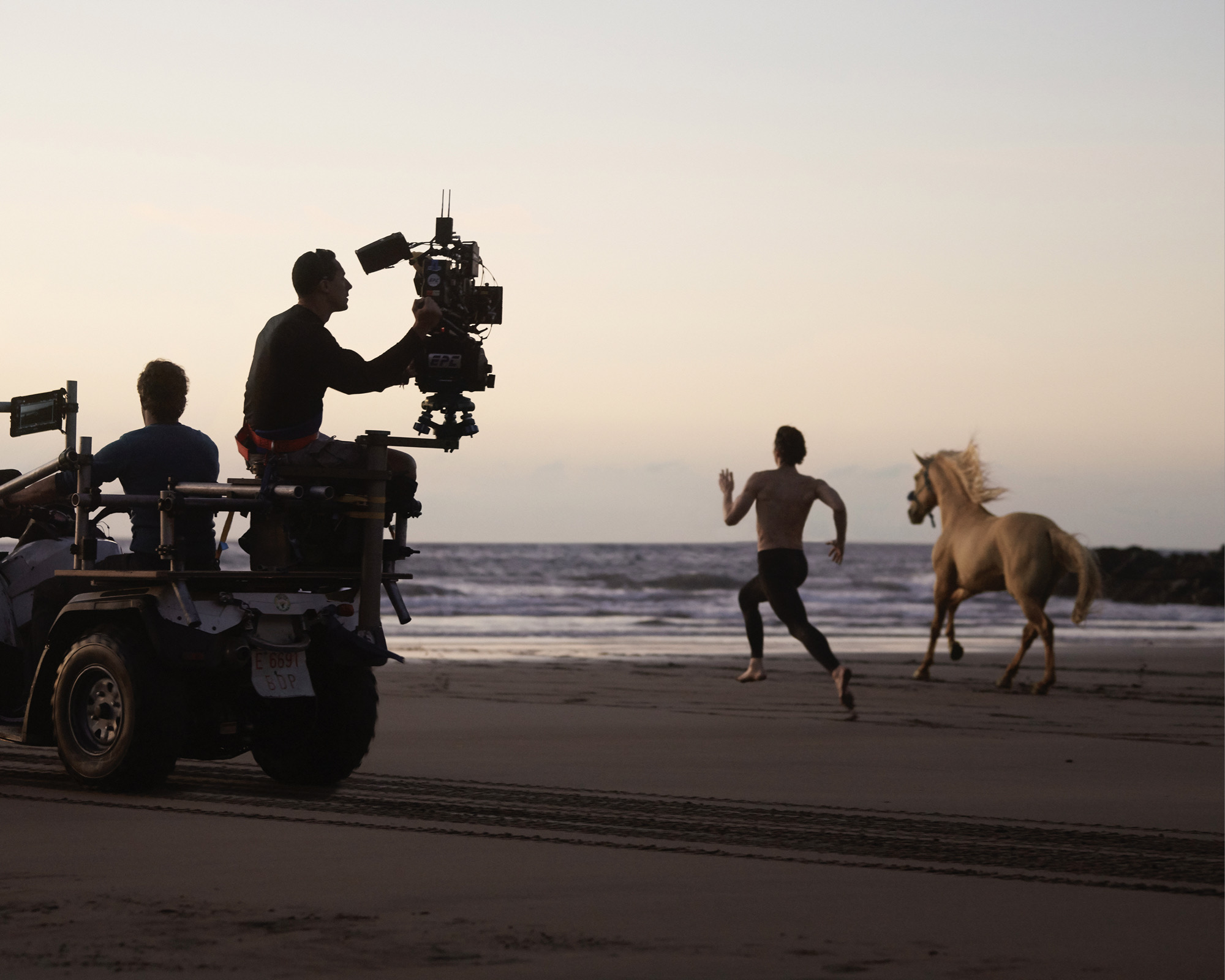 Burberry Chief Creative Officer, Riccardo Tisci says, “Creating a fragrance is such a personal and intimate process, and I especially felt this for Burberry Hero – my first fragrance for the brand. I wanted Burberry Hero to encapsulate modern masculinity, to play on the essence of primal human and animal instincts, channelling the duality between strength and sensitivity. I am so thrilled to have worked with the amazing Adam Driver to embody Burberry Hero for the house. He has this incredible depth in articulating what masculinity means today – how strength can be subtle, and emotions can empower. Our founder Thomas Burberry was a man who also celebrated that balance, using a powerful but romantic horse as the iconic emblem for his brand, inspiring many of the house codes we continue today.” 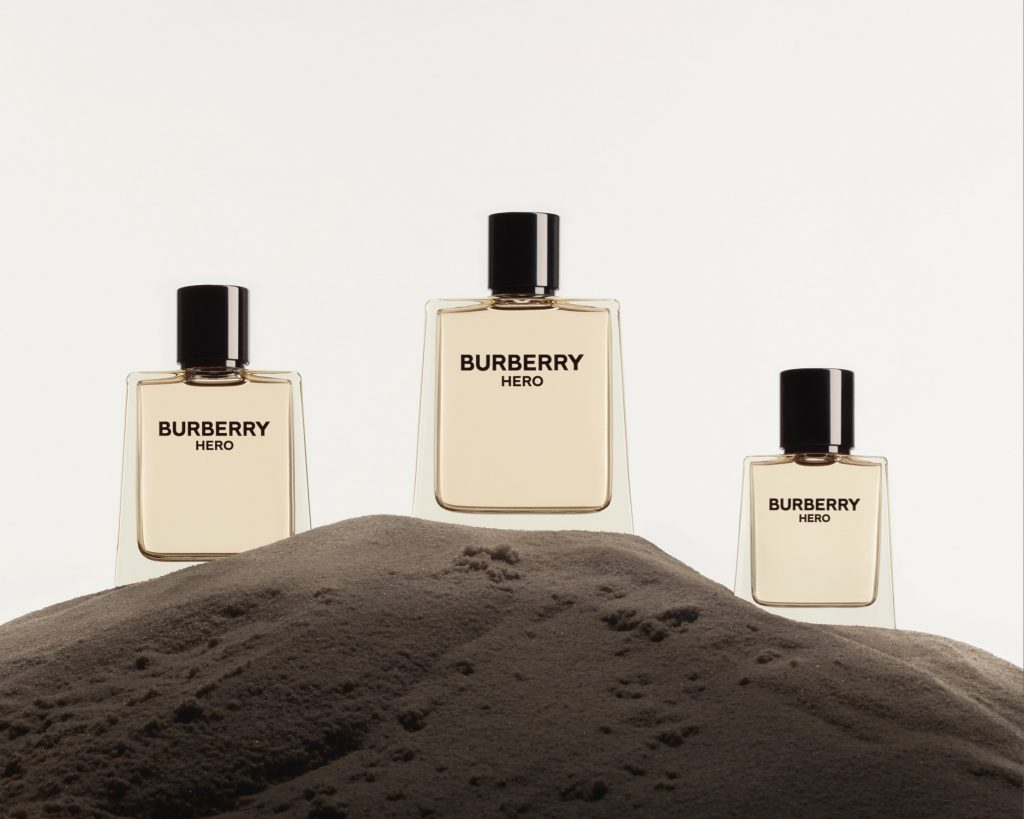 If you’re curious as to what Centaur Adam would smell like, the fragrance opens with sparkling notes of bergamot and invigorated with juniper and black pepper. This vibrant scent is deepened with a heart of warm cedarwood of three distinct origins – Virginia, the Atlas Mountains and the Himalayas – very sexy!