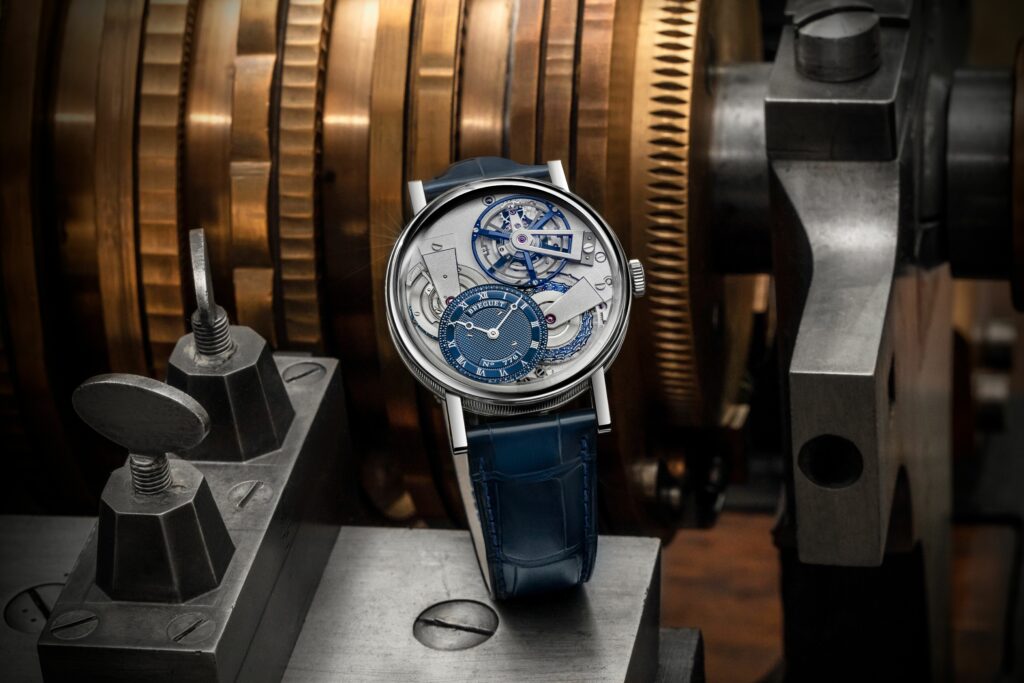 Abraham-Louis Breguet came into prominence in the 18th century when he created the first-ever tourbillon. Its creation stemmed from the lack of accuracy in pocket watches once they were placed vertically into waistcoats or jackets. Inspired by the conflict, Breguet filed a patent on 26 June 1801 to create the first tourbillon. Ever since then, his mechanism has remained one of the greatest brilliance in watchmaking.

For more than 221 years, Bregeut has continued using tourbillons in their timepieces to fight gravity and increase a movement’s accuracy. To pay tribute to the date of the creation, the Swiss watchmaker unveiled its latest addition to the collection, the handsome Tradition 7047 Tourbillon. 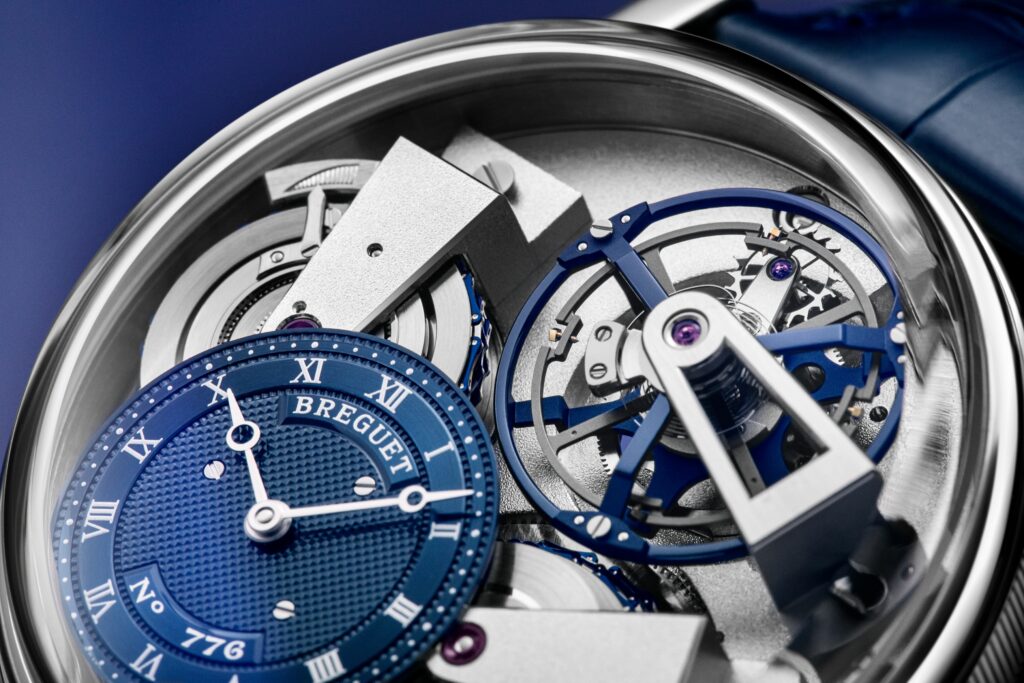 As its name suggests, the Tradition 7047 Tourbillon has a fusée-chain tourbillon mechanism housed in a new wristwatch that oscillates at a frequency of 2.5Hz to maintain the precision and accuracy of the watch’s movement. This exciting timepiece is powered by the Calibre 569, a rhodium-plated hand-wound movement, which comes with a 50-hour power reserve.

In all its glory, the tourbillon’s cage and chain coiling have touches of blue coating to achieve visual uniformity with the rest of the timepiece. This new feature reflects the aesthetics of the Tradition Quantième Rétrograde 7597 launched in May 2022.

For those looking to spruce up their wardrobe with a splash of intense colour, this new timepiece is a strong choice. Sporting an off-centered midnight blue dial in hand-guilloché gold, the wristwatch is elevated with its 41mm platinum case. Complementing the look, the watch comes with a midnight blue alligator leather strap secured by a triple-blade platinum folding clasp making this timepiece as sophisticated as it is stylish. 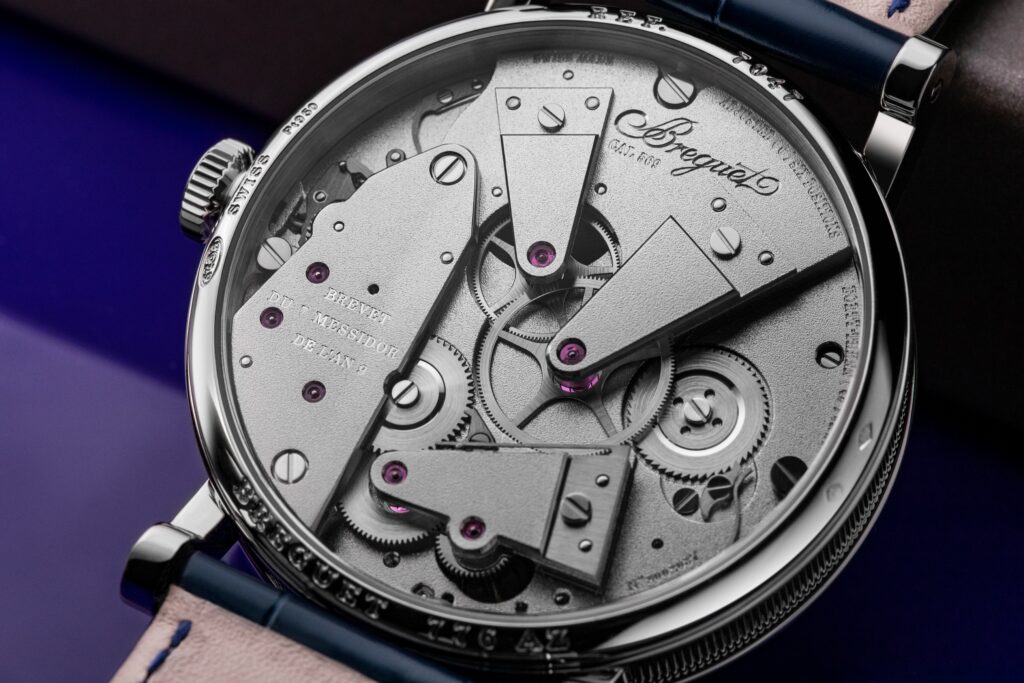 Clocking in an updated aesthetic, the watch has an attractive blend of heritage, playfulness, and modernity. Still, demonstrating Breguet’s codes, the watch is the perfect companion for watch aficionados. The Tradition 7047 Tourbillon thankfully isn’t a limited edition piece, but we don’t recommend that you waste precious time adding this to your collection.