The model stepped out in a sparking look in London. 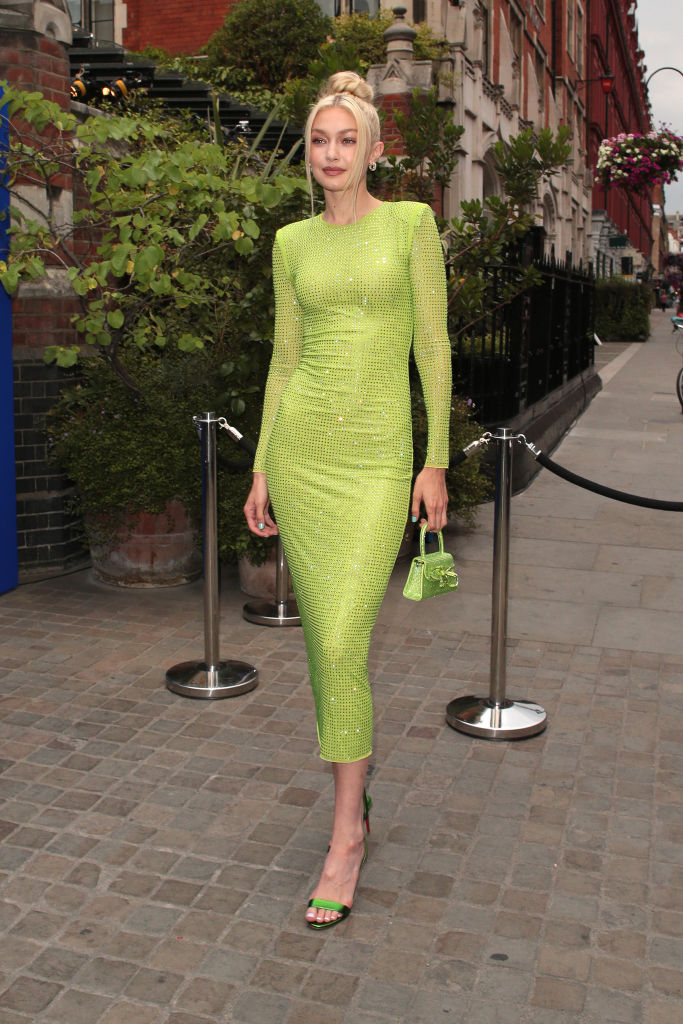 Gigi Hadid looked like a real-life Tinkerbell during an outing earlier this week.

The supermodel attended a party at the Chiltern Firehouse in London, wearing a whimsical outfit from the British brand. The star monochromatic look was comprised of a midi-length, lime green bodycon dress. The gown was covered in sparkling crystals and featured semi-sheer long sleeves and subtle shoulder pads.

She finished the head-to-toe green look with shiny heeled sandals, small gold hoops studded with diamonds, and a matching lime green version of the brand’s top-handle The Bow mini-bag. Her hair and makeup perfectly matched the ethereal theme, as she wore rosy blush and a top knot bun with loose tendrils framing her face. 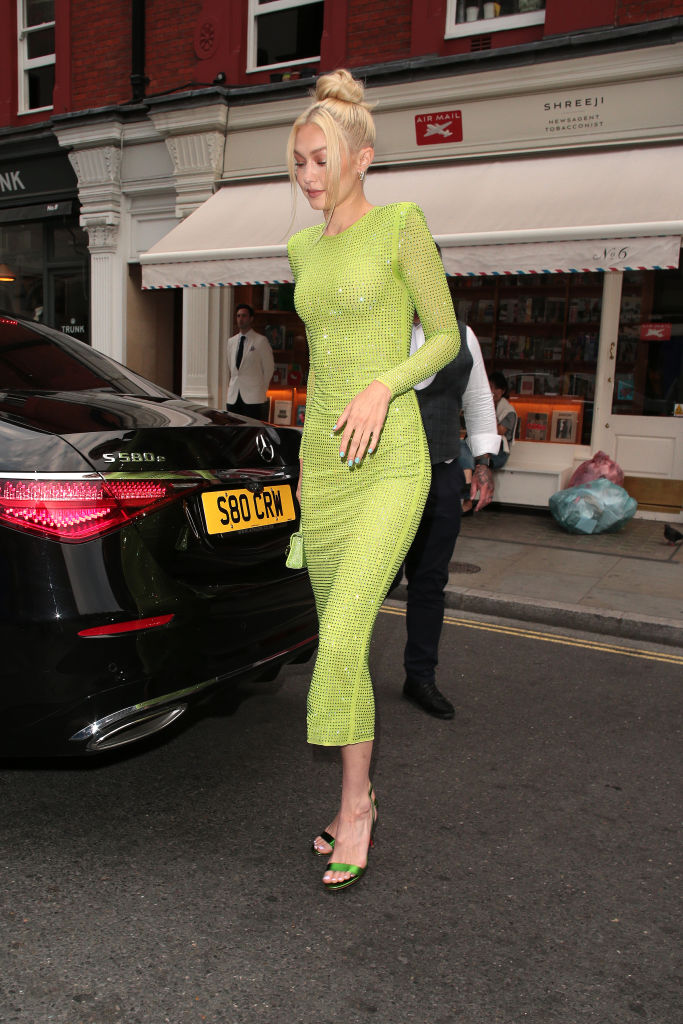 Hadid is the star of Self-Portrait’s Fall 2022 collection, with the London-based brand revealing their latest campaign earlier this month. In the images shot by Zoë Ghertner, the model goes about a day in New York City while clad in several looks, while carrying their debut handbag.

“Gigi was the perfect woman to bring this idea to life — free-spirited, hard-working and a true ray of sunshine — she brought effortless energy to this campaign,” Han Chong, founder of Self-Portrait, said in a statement. “It’s a very special collection for me, one deeply grounded in the core values of the house, so being able to share this story with Gigi is a true dream.”

Hadid talked about her work ethic as a model for Harper’s BAZAAR‘s August 2021 cover story.

“It’s not my job to have an opinion on what I’m wearing [on set]. It’s my job to wear what I wear and have enough of a photographic mind to understand how to make that piece look good, sellable, and give the feeling that is wanted by the creative team,” she said. “It’s about being able to look at the camera, and then, kind of in your out-of-focus vision, is the shape of you. It’s training a model to understand how she fits into the photo, which is why I became a model.”