There is not bad blood between the exes. 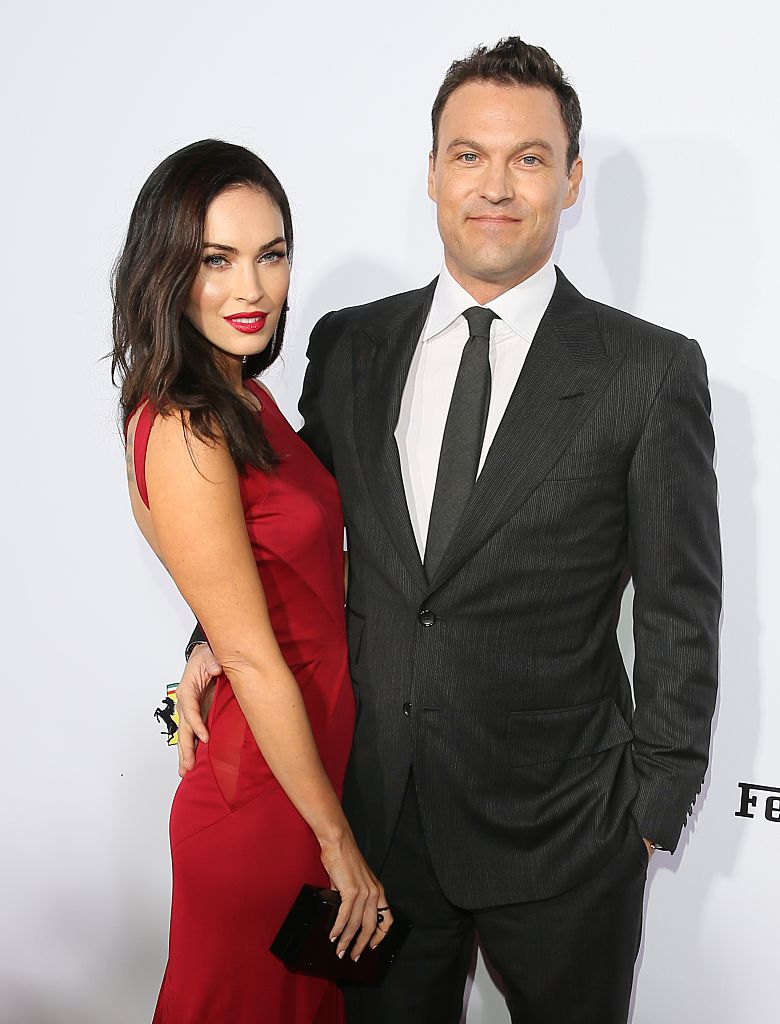 There is no bad blood between Megan Fox and her ex-husband, Brian Austin Green.

Though both have moved on following their split and are in committed relationships with other people, they remain amicable co-parents to their children.

A source told Entertainment Tonight that Fox and her fiancé, Machine Gun Kelly, have “blended together” with Green and his girlfriend, Sharna Burgess.

“Megan, MGK, Brian, and Sharna are all cordial,” the source said, adding that “Megan and Brian have a healthy co-parenting relationship.”

Fox and Green share three sons: Noah, 10, Bodhi, 8, and Journey, 6. The actor is also dad to son Kassius Marcil Green, 20, from his relationship with Vanessa Marcil, and baby boy Zane, whom he welcomed with Burgess in June.

Fox and Green split in May 2020 after 10 years of marriage. Green confirmed the news on his podcast, Context.

“I will always love her. And I know she will always love me and I know as far as a family what we have built is really cool and really special,” he said. “It sucks when life changes and something that you’re used to, that you’ve been doing for 15 years, you try and not get rid of but you change. There’s the unknown aspect … there’s that pit in my stomach … I really don’t want Megan and I to be at odds … she’s been my best friend for 15 years and I don’t want to lose that.”

At the time, he also addressed Fox’s then-rumored relationship with Machine Gun Kelly, noting that Fox had told him about the singer, and nobody was blindsided.