From the triumphant return of glitter at Burberry and Kenzo to the blackcurrant lips at Rodarte, Dior and Bottega Veneta, autumn/winter 2016’s fashion shows offered a welcome beauty refresh for the new season – as well as a renewed celebration of individuality in hair and make-up. Discover Vogue’s edit of the 10 trends you need to know now, here. 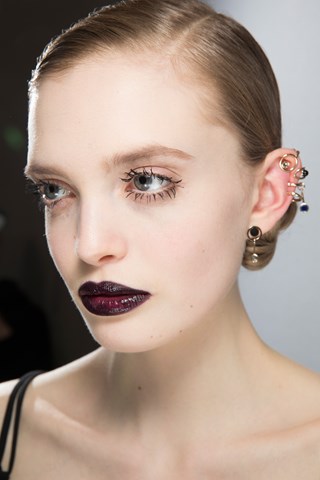 Christian Dior – Deep, dark, dramatic hues were undeniably the biggest trend for lips this season, with berry-like mouths on show at Rodarte, Marni and Erdem. The most striking of all were the lacquered black-cherry pouts at Louis Vuitton and Dior, the latter of which were created with Dior’s Rouge Dior in Poison coated with Dior Addict Ultra Gloss Bulle for a mirror finish. 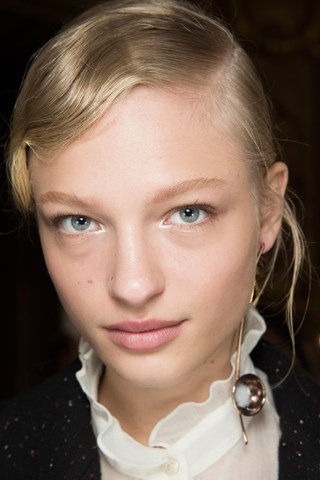 Stella McCartney – From Opening Ceremony and Dries Van Noten to Marc Jacobs and Jenny Packham, finger waves popped up in all four fashion cities and in varying guises – from lacquered curls to gently undulating fringes. For the most wearable version of the trend, try Eugene Souleiman’s softer take at Stella McCartney, paired with a casual ponytail.

The New Skin: Be Illuminated 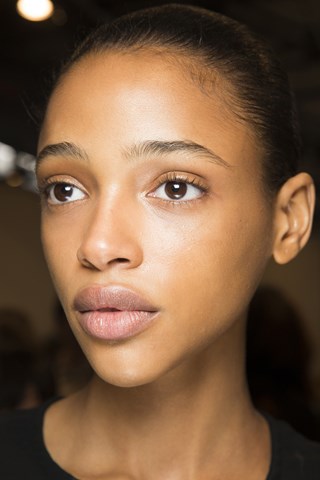 Gucci – Healthy fresh skin has been trending for seasons, but for autumn/winter 2016 it has taken on an almost hyper-real radiance. At Valentino, Pat McGrath used iridescent powder on the cheekbones, eyelids and cupid’s bow, whilst at Gucci and Prabal Gurung, the freshest of skin was finished off with a radiant peachy glow.

The Parting: Masculine Side 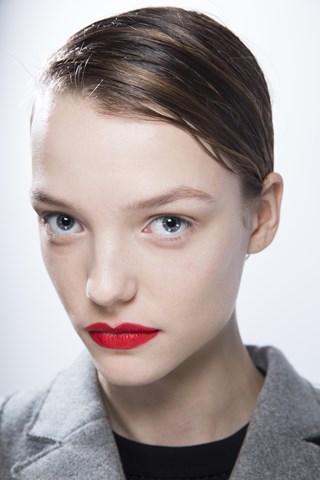 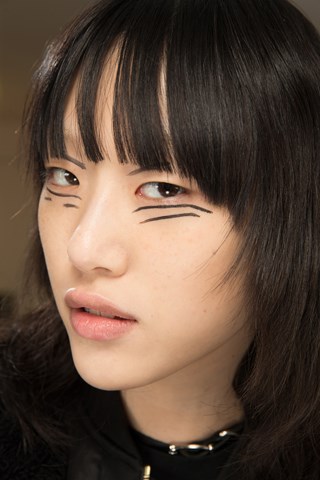 Altuzarra – Make-up artists let their creativity run wild backstage at the autumn/winter 2016 shows, with graphic black liner looks at the likes of Altuzarra, Kenzo, Oscar de la Renta and Giamba. And we’re not just talking feline flicks – this is the season to really get experimental. While black remained the classic choice, a colourful take was on show at Fendi, where Peter Philips used purple, green, yellow, blue and pink for his painterly creations.

The Key Message: You Be You 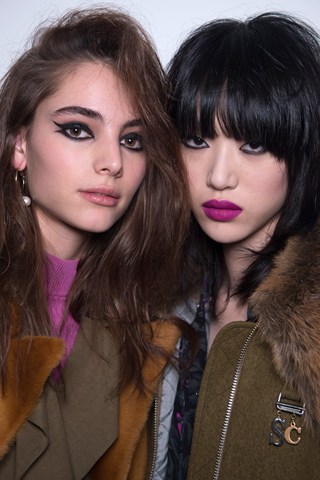 Topshop Unique – Individuality, as much an anti-trend as a trend – first started leading the way at the spring/summer 2016 shows, but this season more fashion houses than ever decided to let models wear their hair their own way, or to offer two or more different beauty looks adapted to suit each model. At Isabel Marant and Celine there were several different hair looks to create a sense of individuality on the catwalk, whilst at Topshop, Victoria Beckham and Gucci there were a variety of statement make-up looks on show backstage. 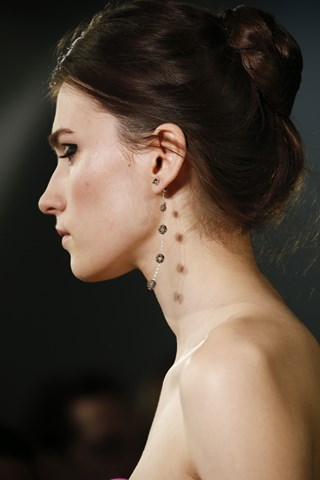 Oscar de la Renta – Looking for a break from the ponytail? Balletic chignons were everywhere this season – from Valentino’s dancer’s buns to Dior’s twin knots and Erdem’s brooch-adorned twists. However it was Redken global creative director Guido Palau’s feminine versions at Oscar de la Renta, with their nod to the “soft 18th century painting” references backstage, that had the most romantic and timeless feel. The key to the soft, wispy chignons was Redken’s Pillow Proof Blow Dry Express Treatment Primer, which Palau dried into models’ hair with a round brush for an “easy texture”. Pulling out soft wisps around the face kept the finished look understated and artistic.

Burberry – Burberry was perhaps the last place we expected to see glitter make-up backstage, but there it was – the brand’s new Shimmer Dust diffused from the outer corners of the eyes across the cheekbones. Sparkle was also on show on the brow bone at Giambattista Valli, right across the face at Opening Ceremony, at the inner corners of the eyes at Kenzo and around the eyes at Jenny Packham. Get ready to glitter.

Fashion
“What is time?” is officially the new “what is camp?”