Aesop, purveyors of luxury skin, body, hair, and personal care products from Australia, has constantly depicted caring for the skin as a poetic, intimate, and beautiful process. Fresh off launching their gift kits last year in collaboration with Dutch couturier and fashion futurist, Iris van Herpen comes another elegant collaboration with an exceptional artist in the form of Epistēmē. This is a term originated from Ancient Greece meaning knowledge and understanding, values that underpin the video installation created by Dutch artist, Bart Hess in collaboration with Aesop. Bart Hess’ work at the exhibition

Bart Hess’ fascination with the body and how it can be used in conjunction with technology is on display through an amazing collection of theatrical scenery in Epistēmē. Carnal materials such as paper structures and foils are the main players of the mise-en-scene — these textiles are digitally manipulated in these video loops that showcase the process of Aesop’s formulations as they reach the skin’s surface. The skin absorbs knowledge through the senses and the skin is the first point of contact to the world’s elements. What better way to protect or hydrate the surface than with Aesop’s beloved formulations? ‘The films talk to the qualities of our products and the transformations which occur as they nourish both the physical and sensual being,’ muses Aesop creative director, Marsha Meredith.

Presented at the ION Gallery in Singapore, Epistēmē featured three Aesop formulas that are the weapons perfect for your nourishing skincare arsenal: the Lucent Facial Concentrate, Parsley Seed Anti-Oxidant Facial Hydrating Cream, and the Blue Chamomile Facial Hydrating Masque. Knowledge and understanding are the foundation of the optimal skincare regimen that will keep you hydrated and protected, which are the elements that are built into Aesop’s formulations — as perfectly shown by Bart Hess. 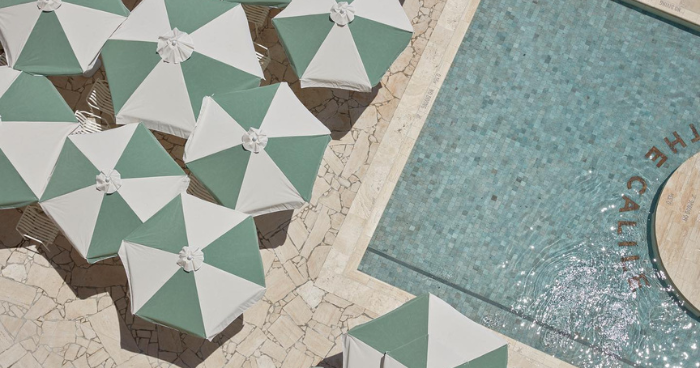 7 Boutique Hotels Around The World To Check Into Before 2023