Loneliness has reached crisis point, but what’s being done to tackle it?

Feeling lonely? Ironically, you’re far from alone. A 2016 study by The Co-op and British Red Cross revealed that over 9 million UK adults are always or often lonely, with a 2018 survey by Radio 4 indicating that 16- to 24-year-olds experience loneliness more often and more intensely than any other age group. Maybe it’s the result of comparing social lives to those of others on Instagram, maybe it’s a symptom of “the death of the nuclear family”, maybe its our increasingly digitalised lives – regardless, there’s no denying that loneliness is reaching epidemic levels.

It’s a problem for both our health and our economy. Shocking research by psychologist Julianne Holt-Lunstad found that loneliness and poor social connections are as bad for you as smoking 15 cigarettes a day, and likely to increase your risk of death by 29 per cent, while a study by The Big Lunch found that disconnected communities could be costing the UK economy £32 billion every year.

The good news is, we’re finally starting to talk about it. The UK government launched its Let’s Talk Loneliness campaign in June 2019, aiming to reduce stigma around the topic, while high-profile celebrities such as Jennifer Lawrence, Brad Pitt and Lady Gaga have all opened up about their personal experiences of loneliness. We’re telling more stories about it too, from the sadness beneath the perky exterior of Phoebe-Waller Bridge’s Fleabag, to the picture of extreme isolation painted by Ottessa Moshfegh in My Year of Rest And Relaxation. The film rights for novel Eleanor Oliphant is Completely Fine – a sweet, sad, and solitary tale that won more awards than can sensibly be listed – have been snapped up by Reese Witherspoon’s production company, Hello Sunshine, with Witherspoon describing the story as an example of how “human connection can so deeply enrich your life”.

But while loneliness may be prevalent, it can be difficult to define, and feels different for each of us. It’s possible to be surrounded by people only to feel entirely alone, just as it’s possible to spend a day in near-silence and consider it bliss. Loneliness is personal, subjective and mercurial, with the ability to creep up on you unexpectedly. The Guardian published a piece in January 2020 on “weekend loneliness”, in which the newspaper spoke to several people who experienced busy, interaction-filled weeks, followed by weekends stretched out by solitude. Many will relate to the experience of realising that a trip to the supermarket is the first time all day in which you have spoken aloud to another person. 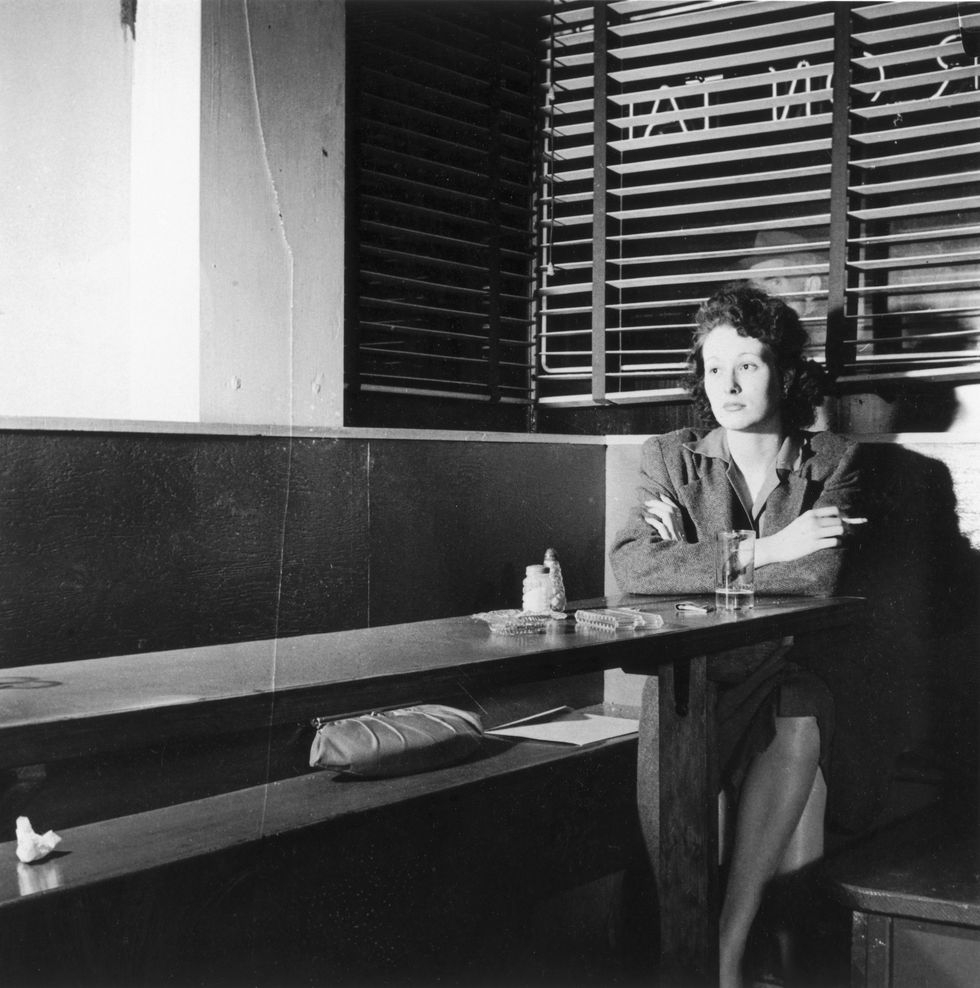 “Loneliness is different for everyone. We describe it as the feeling you experience when there’s a negative gap between the social connections you want, and those that you have,” says Kate Shurety, executive director of Campaign To End Loneliness. “You can feel lonely even in a crowd, if you don’t feel you have connection in the room. Everyone has a story to tell about their own experience of loneliness – it’s a universal experience.”

The causes vary enormously too: Shurety points to big life transitions such as moving from childhood to adulthood, bereavement, changing jobs and becoming a parent. And while loneliness isn’t a mental health condition itself, the two are closely related. “Loneliness can potentially worsen experiences of depression and anxiety, and feeling low or anxious can cause you to withdraw from the friends and family around you, potentially leading to you feeling even lonelier,” says Stephen Buckley, head of information at mental health charity Mind. “It’s not clear whether loneliness is on the rise or, more positively, if people feel more able to talk openly about their experiences. Regardless, it’s really important that anyone struggling is able to access support.”

“Loneliness is the feeling you experience when there’s a negative gap between the social connections you want, and those you have”

So, what are we doing about it? It’s clear that change needs to happen on a government level, from improving public transport links so that it’s easier for people to become part of a community, to funding services that encourage socialisation and connection. Following the death of MP Jo Cox in 2016, the Jo Cox Commission on Loneliness was set up to continue her work, and the subsequent report, “Combatting loneliness one conversation at a time”, was published the following year. The government took note, appointing a minister for loneliness (a position currently held by Baroness Barran, as part of her role as Minister for Civil Society), and launching a cross-government Loneliness Strategy in response. An annual progress report was published this year, announcing an additional £2 million of grant funding to “better support organisations who work tirelessly to help people build stronger connections and develop their sense of belonging,” while statutory guidance now states that primary and secondary school children should be taught about loneliness in subjects such as health and relationships education.

While policy change is crucial, some of the locally-organised projects already underway make for encouraging stories. Age UK arranges events to bring together members of the elderly community, while volunteer car services allow those in areas cut off from public transport to get out and engage. “Happy To Chat” benches have sprung up in small towns across the country, as have Chatty Cafes (another shout-out to Fleabag, in which “Chatty Wednesdays” at the guinea-pig cafe looked like a roaring success). And the 2019 RIBA Stirling Prize for architecture went not to an opera house or skyscraper, but to a Norwich council estate, Goldsmith Street, built with social interaction in mind. Street-level rather than high-rise, it features front doors facing other front doors so that residents frequently encounter one another while going about their days, while shared, outdoor areas foster a sense of community.

One aspect of modern life that has undeniably made meeting people harder is our obsession with digital devices. It might once have been possible to strike up conversation on the 38 bus, but our reliance upon podcasts, Instagram, WhatsApp and more to fill any alone time makes us tricky to approach, while the feeling of having “connected” via social media can prevent us from engaging in face-to-face interactions. Recognising this is part of why Michelle Kennedy created Peanut, an app to connect mothers both around the world and also in their local areas, often with the aim of arranging meet-ups. “As the world is now so digitally connected, people use apps for many aspects of their lives,” says Kennedy, who launched the app after struggling to make friends with other like-minded women following the birth of her own child. “Ultimately, we need tools for good to be where we are most, and if we’re mostly using our phones, let’s bring community to our phones too.”

Peanut added TTC (Trying To Conceive) to its offering in late 2019, in recognition of the often isolating and stigmatised experience of infertility.

“The engagement within the community is astounding – it’s 80 per cent more engaged daily than Peanut Mama, and that was a busy community!” Kennedy says. “I think that’s just testament to how needed it was, and how lonely the women experiencing these issues felt and feel. I definitely think friend-finding apps are becoming increasingly popular, especially for the groups of people who suffer from isolation and loneliness in modern society. There should be no stigma around reaching out to someone through apps to connect, communicate and share.”

That brave first step is a key part of tackling the loneliness epidemic, though it takes effort on everyone’s part. Whether through an app, though a smile, or through an open-ended question, what feels daunting at the time could have lasting benefits.

“There’s lots of really good evidence showing that even a short conversation with someone you don’t know can have a hugely beneficial impact on your own mood and the mood of the person that you’re talking to,” says Shurety. “My challenge to myself this year is to avoid the self-service tills at the supermarket, take off my headphones, and make two minutes to talk to the person on the other side of the till. We really do encourage behaviour change, and challenging yourself to reach out. It’ll give us all more tools to address loneliness together.” 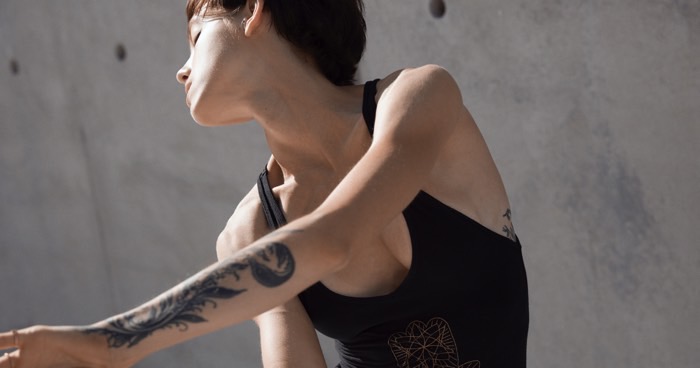 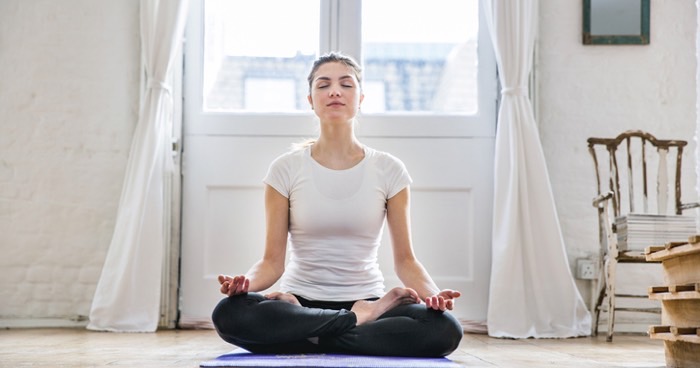 7 Ways to Maximise Your Mental Wellbeing When Stressed 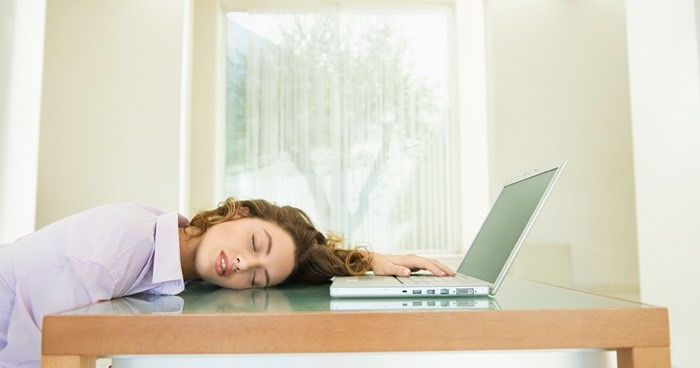