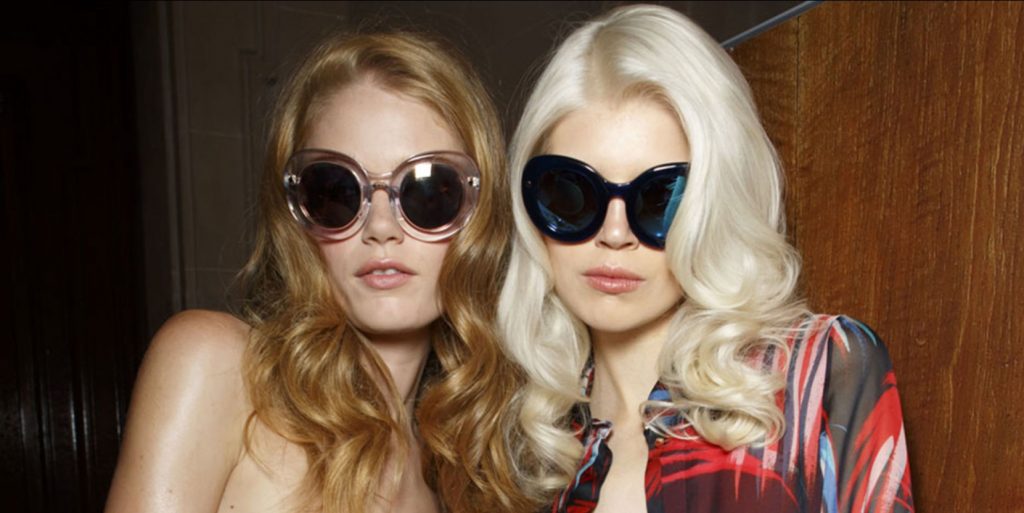 Saying you have naturally great hair, no products or colorist appointments needed, is almost as annoying as saying you’re a Victoria’s Secret model whose favorite food is pizza. But I’m going there: I have really good hair. It’s shiny, it’s healthy, it air dries smoothly and elicits compliments from every stylist. “Virgin hair?!” they exclaim and I turn into the emoji of the girl in pink sassily turning up one hand.

Then I ran into Harry Josh, the man behind Gwyneth and Gisele and the world’s best blowdryer. We exchanged hellos and how-are-yous as I climbed into his chair and then, without missing a beat, he said, “you should color your hair—give it some texture.” Come again?  “But I’ve never and shine and health and—” I protested. “And it doesn’t do anything,” said Josh. He was right. It holds a wave for all of five minutes and has fallen lifeless at the roots by the time I get home every day. “Healthy hair is overrated. If your hair is chemically-treated even a little, it can still be blown into shiny but it can also give bedhead texture and separation and a lived-in look that silky, healthy hair simply cannot,” he says, adding that it’s about “the fine balance, not fried hair. All we’re trying to do is alter virgin hair to a point where it can deliver a different texture, dry differently, have more volume and hold multiple looks stronger and better.”

So what to do? According to Josh, you have two options. The first is dye. Rule #1: Leave it to the pros—even if you’re not trying to change your natural hair color at all. “The biggest problem with at-home color is it usually goes reddish. If that’s not a fear of yours, you’re fine, but it’s always best to see a colorist.” Tell them your goal is to keep your shade the same, but create more texture and body and they should change your color “literally half a level, which is miniscule, but that little bit of peroxide in your hair will help give it a lot more life,” says Josh. Or, do a full head of thin highlights everywhere—Josh calls it “detailing”—then put a rinse over the highlights to bring it close to your natural hue. “Now, instead of solid brown, you’ll see a multidimensional effect on your hair under certain lights that didn’t exist before even though the base is the same.” The second option is a perm. I know what you’re thinking, but they’ve come a long way from Cher’s ’80s perms; now, “a lot of women, especially in Chinatown, who have fine, silky, straight hair perm their hair just to get it blown out because that’s the only way they’re going to achieve a really full blowout.” Tell the stylist to use the biggest roller rod they have and give a soft, permanent wave. “Say you don’t care if it falls down, you don’t care if it’s curly, all you want to do is fry it a little bit with texture,” advises Josh.

But ‘fry,’ even when it’s followed by ‘little bit,’ is a word you don’t expect your hairstylist to say in a positive light. “Isn’t damage always a bad thing no matter what?” I ask. “Damage is the wrong word,” says Josh. “What it’s actually doing is expanding the cortex of the hair strand. You’re piercing the shaft and inserting color, which is expanding the thickness. Processed is a better word because colored or permed doesn’t have to equal damaged.” And no, he says, dashing my hopes, you can’t really get the rough, slept-in, model-off-duty texture we’re talking about with a cut alone: “The ultimate decider is whether or not the hair is processed.” In other words: Maybe it’s time I consider sacrificing my good hair for perfect hair.