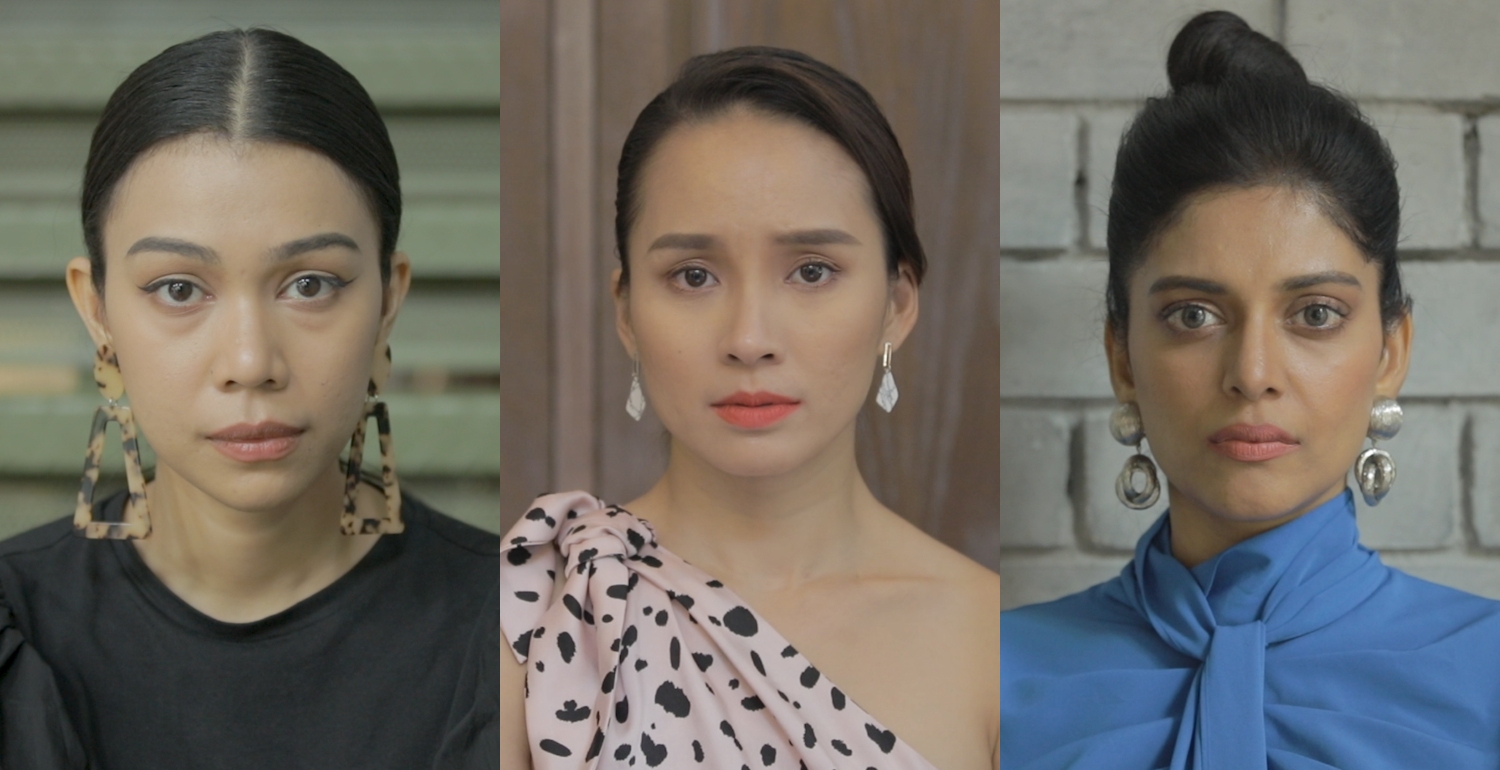 Culture /
This season, we channel efforts towards gender equality by kicking off with the phenomenal short film, ‘Stand Together’.
by Nicole Wang

Previously in the teaser, we have seen how three different women giving a foretaste of what is getting under their skin when a complex array of emotional experiences deliberately unfold. Questions and opinions arise, when we start to imply a meld vision of our own unique perception: “What made her look so upset?”, “Did she just get into a fight with her man?”, “She doesn’t look good that way”, “Women shouldn’t be displaying perplexed emotions publicly, it’s not graceful” … For the longest time that we can remember, the difference that exists between the standards for both genders in film have always been a tremendous gap in the outcome—from women being manipulated into sexualised portrayals on-screen, to the “body-shaming” issue that prevails on a worldwide scale regardless of the medium—digital space or in real life.

Through the lens of director Nisa’ Halid, three witty and enchanting actresses—Sangeeta Krishnasamy as Geetha, Jasmine Suraya Chin as Soo, and Sharifah Sakinah as Mia, express the gamut of emotions that accompanies the noxious ties that exist in work culture, the relationships that are physically abusive and emotionally distressing, all in the short film ‘Stand Together’ that clinches the storyline within the truncated narration. With absolutely no dialogue vocalised and contextual music juxtaposed to set the tone for the story, what starts off seemingly as an ebullient “girls’ day out” leaves the audience stumped with its climax—when the story puts together the pieces of partially led lives, derived from the inferior outlooks.

Soon after that, Soo appears in a decent café with her boyfriend, but only to realise at the end of the day, that her existence serves nothing but a frivolous purpose to him. On the other hand, it is another usual day at the office for Geetha, and the unthinkable happens: a colleague claims credit for her work after she poured her effort into a project. Perhaps it’s because almost everyone has worked with someone who overdid it and was always bragging about their achievements. In response to this, a lot would say to themselves “I never want to be that person” and cease claiming credit for their work, even in situations where it is appropriate and necessary. It turns out Geetha is just one of the many people who choose to stay silent under such infuriating circumstances. As if it were not enough, the unscrupulous colleague goes on and repeats the same actions. While Geetha is emotionally ripped off, how will she react this time? Meanwhile, Mia who has been putting up with her violent partner comes across yet another moment of fear and anxiety from her boyfriend that leads her to the detriment of mental health.

Within five minutes, ‘Stand Together’ invites us into the sleuthing process covered in camera movements that engage us instantly as well as editing that intensifies the pacing. The depiction of ‘Stand Together’ depended simply on each of the actress’s impressive acting skills. No dialogue is necessary to communicate what she’s feeling. The visuals, together with the women’s expressive movements, do so on their own.

Today, with International Women’s Day approaching for the 109th time in history, and in a reinvigorated form of the decade, we take a bolder step into a more conscious world by way of breaking entrenching toxic patterns that occur in all forms, and at times, wanton meanness comes directly from the same gender. From the words we use at work or with our loved ones, to the assumptions we make about strangers, we can all be better at combating out-dated stereotypes, and pay attention to attitudes and actions that boost inequality.

Jibby By The Park Common Ground