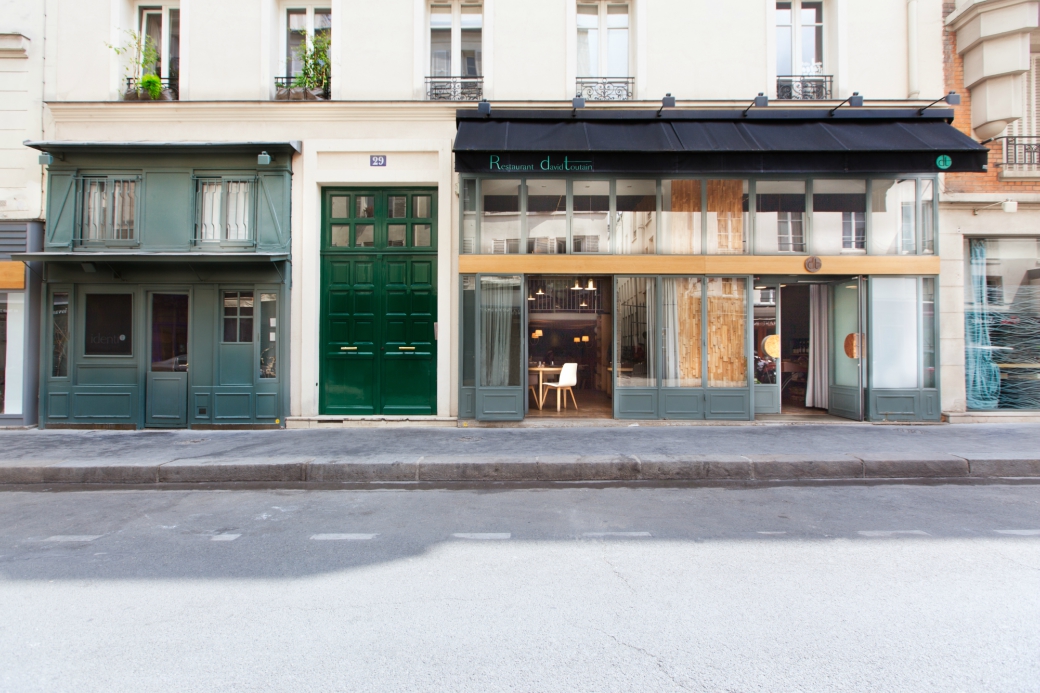 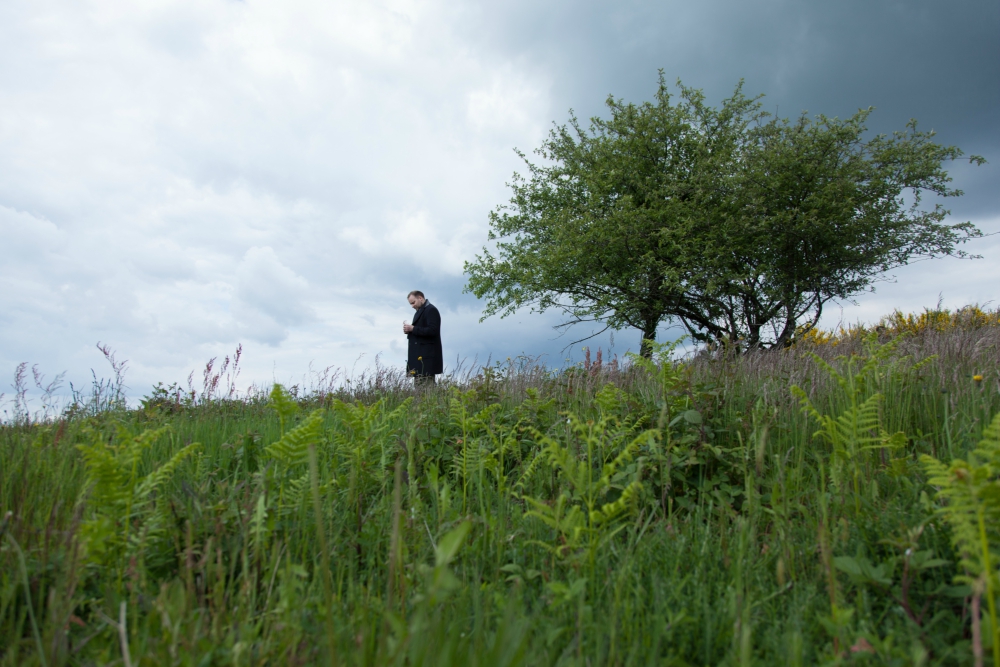 “I work with French products and their purveyors, especially vegetables and herbs, to support and sustain our traditions.” – David Toutain

“Tous les gouts sont dans la nature” – all tastes are in nature – set the tone for our mid-winter experience at Restaurant David Toutain in Paris. The young, dynamic chef was in situ at his 22-seater on the charming Left Bank, close to the Eiffel Tower, which he opened at the end of 2013, and by 2015 received his first Michelin star. He was the sous chef at Alain Passard during his famous revolution towards vegetables, trained at Pierre Gagnaire, Marc Veyrat and Bernard Pacaud, then widened his scope at Corton in New York and Mugaritz in Spain, before gaining great acclaim at the progressive L’Agape Substance – he was called a genius. New French is his style, but being a self-proclaimed “son of the earth” leans his inclination towards the sensual textures and flavours of nature, inspired by his childhood in Normandy.

“I have created my restaurant to be a place of wellbeing and sharing with each others,” says Toutain of his philosophical value he articulates beautifully in his cuisine. “I wanted to recover the conviviality of my childhood’s souvenirs with my family during the meals. I worked with creators and architects to design unique pieces of furniture and decoration to make the place as genuine and harmonious as possible.” 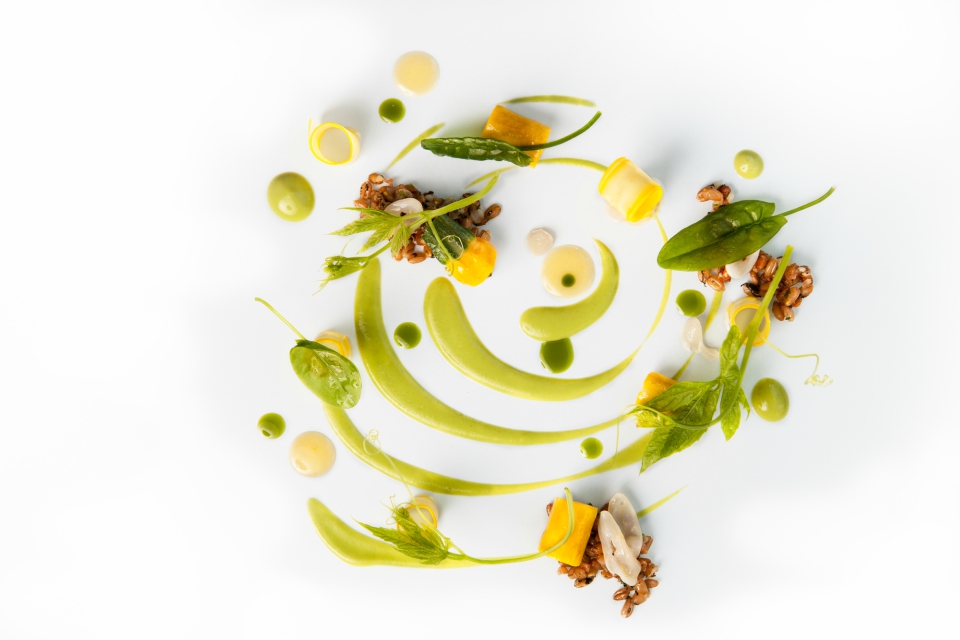 In this unpretentious yet sophisticated restaurant of light oak, dark concrete and vibrant flowers, we imbibed in his new comfort food. Stylistic digressions between salsify on smoked wood served with a white chocolate dip, lime-squeezed carabinero tartare on Asian crackers, and creamed raw oysters and fresh raspberry rolled up into something fabulously molecular kept our appetite piques, and then came Toutain’s famous egg:  rich yolk deepening into corn cream and squiggled with cumin caramel. “The egg is a product that matches perfectly with all the seasons,” he says of his signature entrée that warmed us up together with the buttery brioche “eggs” served in a nest. “You can associate it to many seasonal products such as asparagus, peas, celeriac, truffle…. you can prepare it in many ways, it talks to everyone. It also reminds me of memories of the farm of my grandparents when I was a child.”

Toutain’s wide travels were infused in his fine French repertoire. His signature, and our favourite, the smoked eel on thick black sesame cream was deliciously unusual, especially with the added surprise of green apple at the bottom. “It is a combination of texture, flavour and temperature that is precisely at 61° to keep the black sesame cream’s particular texture,” he shares of this creation. “My cuisine is very technical but I have tried to erase most of these aspects to make it legible. Indeed, I select the best products and combine them in a marriage of flavours, textures and colors that respond to each other.” 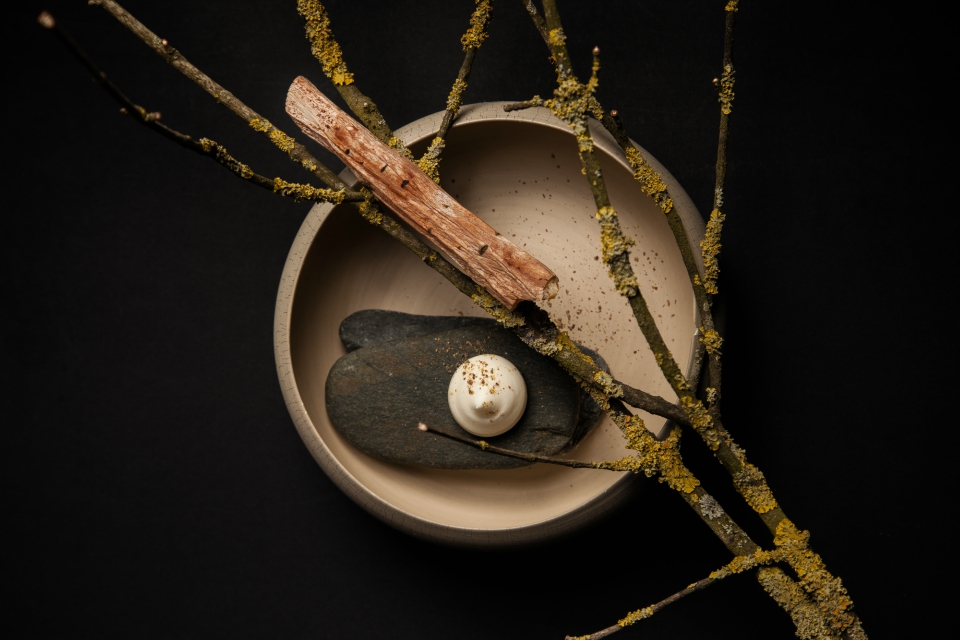 How is your food “very French” and how is it not, I ask him. “My influences are numerous fed by my experience aside great masters of French gastronomy as well as my trips around the world in Asia, in the USA and in Northern Europe,” he explains. “In some way, it is mostly French by the products and their purveyors, especially vegetables and herbs, whose work and traditions I try to support and sustain.”

All the textures came out to play in his celery and chestnut white truffle risotto, topped with puffed spelt – carbs at their best, but another creamed dish – this time, a delicious cocotte of duck parmentier of duck ragu topped with light potato cream garnished with toasted quinoa and crispy duck skin–and I was ready to pop. We were quickly saved by a perfect sliver of seared duck, dark pink contrasted with a bright green herb puree, juniper gnocchi, and a single fresh Nasturtium leaf.  Twelve dishes later, we’re ready for dessert.

The cauliflower with white chocolate and coconut opened the four-course dessert menu, also Toutain’s favourite, and into my highlight, a medley of citrus fruits in different textures — creamed tangerine, poached orange slice, lemon sponge, orange puree — with the surprise taste of coriander granite. And what’s dinner in Paris without an incredible chocolate truffle, followed whole plate of finely sliced Comte?  Not entirely classic, in the hands of chef who loves exploring wonderment and the discovery of new tastes. “I would like to offer a real experience where all the senses will be awakened,” he says.