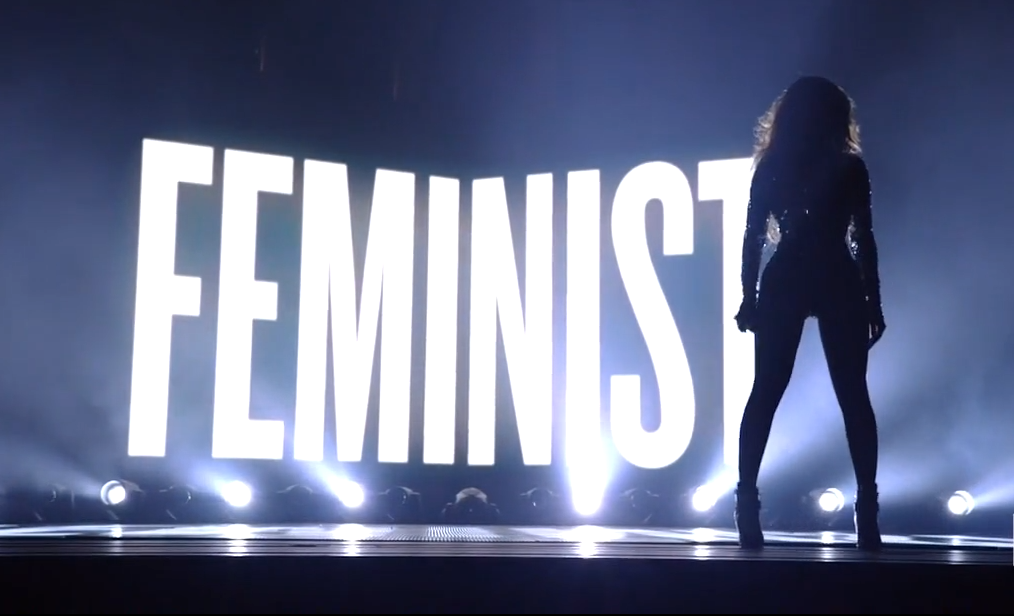 Culture is a feminist issue. On the red carpet, on stage, in our National Theatre and our Houses of Parliament, at the UN, on our bookshelves, Twitter feeds and on talk shows, prominent actresses, singers and writers proclaimed the importance of gender equality. As a 90s child born and raised in the era of MTV amidst ‘TRL’ (Total Request Live) at Times Square New York to Top of the Pops magazine, too young to be watching Beverly Hills 90210 yet old enough to understand the gist of it. What did feminism mean to me growing up?

Spice Girls and ‘Girl Power’ permeated the living rooms of every family home from across the opposite spectrums of the world. With a determined sentiment that ‘if you wannabe my lover, you got to get with my friends’ – Scary, Baby, Posh, Ginger and Sporty conquered the world. 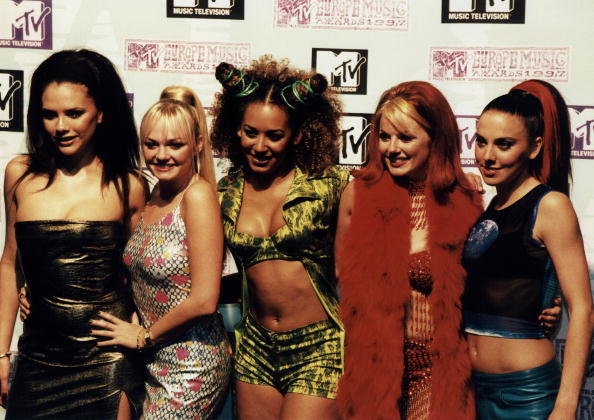 They celebrated diversity by dancing on tables and swinging on chandeliers with fever pitch temperatures and a flame so passionate it inspired a community of girls to become a legion of women who celebrated female empowerment by difference. With wild abandon, the glass ceiling was rattled within an exceptional time frame of two albums by 1998. Ten years later, the power of five reinstated their relevance with audiences near and far. Global demand was in full flourish as they announced a reunion tour. In 2008, they embarked on an internationally acclaimed tour which took them, and their children, from London to New York (and everywhere in between). They showed the world not to underestimate the power of ‘Girl Power’. 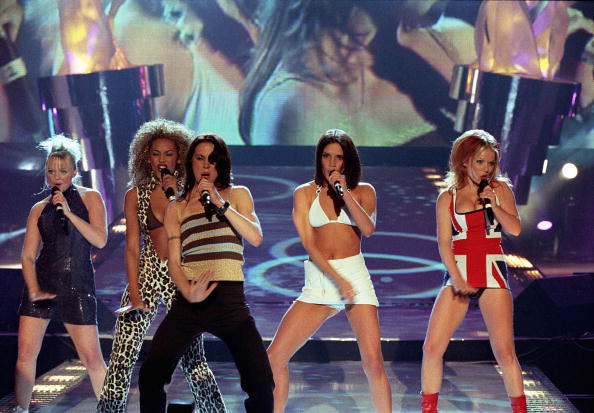 The story of ‘Sex and the City’ transpired from a series of columns in The New York Observer written by American novelist, Candace Bushnell. Her tales from across 1994 to 1996 was compiled into an anthology, titled ‘Sex and the City’ and later, adapted into an original HBO series with the same name. Candace Bushnell’s words were brought to life by sex columnist Carrie Bradshaw, and her three friends – Samantha, Charlotte and Miranda – who explored Manhattan’s dating scene, chronicling the mating habits of single New Yorkers. ‘Sex and the City’ has ever since changed the way women perceived each other. 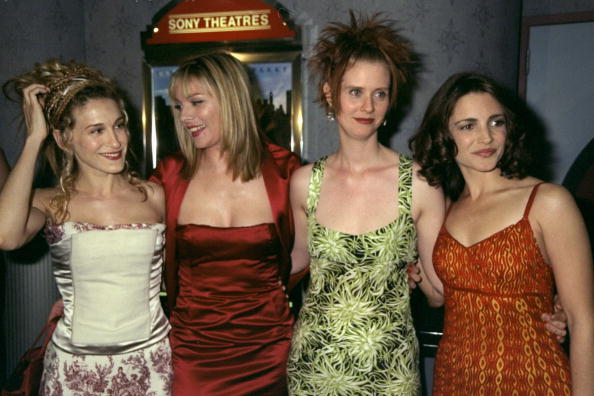 I recall being on a ‘Sex and the City’ Tour in New York, we boarded a bus in Fifth Avenue amidst a herd of women – all of different ethnicities, some who didn’t speak English, yet screamed in unison when the tour guide pulled a quiz on Charlotte’s dirty little “addiction” (think Roger Rabbit). ‘Sex and the City’ has undoubtedly left its footprint as a cultural landmark of the 21st century. A true televisual phenomenon trademarked with Carrie Bradshaw’s punchy rhetoric questions on love and life echoing in our minds as we come to dilemmas alike.  The show was academically applauded for shedding light on era of post-feminism where the power of choice was prevalent, often steering further away from the normal roles of women. While it was also critiqued in many other ways, most commonly for a perpetuating a false portrayal of the heterosexual, white protagonist – it kickstarted conversation about women, with other women. It shared comedic relief on the romantic (and turbulent) quest of finding Mr. Right, elevating a new meaning to post-feminism by narrating humanity as equality between both men and women. 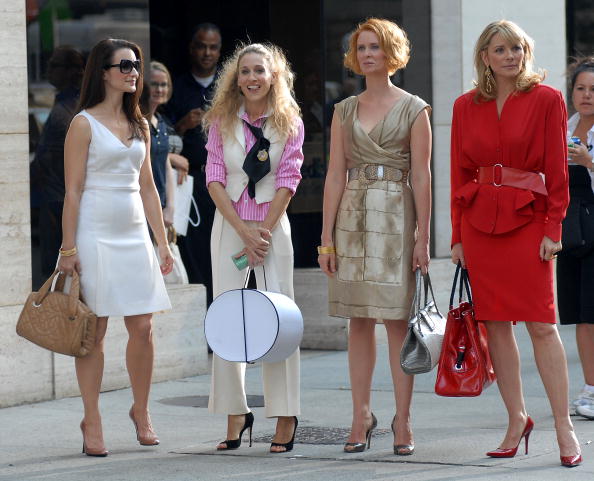 I “got” the characters—four friends, adrift in a modern New York of unpaid internships and bad sex on dirty sofas. The first season of ‘Girls’ showcased a part of women’s lives that wasn’t seen in ‘Sex and the City’ – the struggle of not having it together in the big city of New York is addressed through its characters. Being financially crippled and unemployed, living in a dingy Manhattan apartment without the dream job (or wardrobe) and addressing societal issues in every day life that may have been too confronting for primetime hour.  It premiered amidst the high tide of social media via Twitter with millions of reader reviews flooding in tweets on their response to each episode on a weekly basis. ‘Girls’ was a breakthrough, seamlessly embraced by critics for its unorthodox humour. 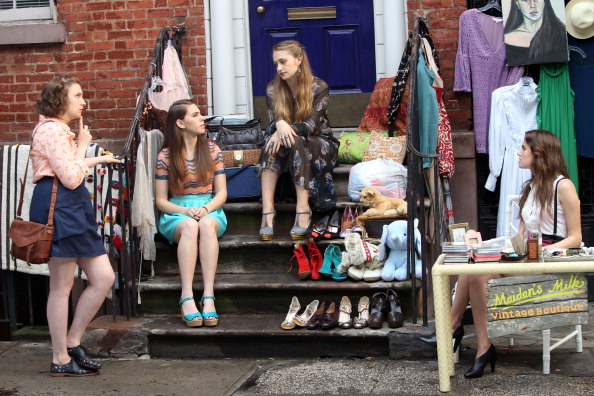 Hannah, the show’s protagonist (Lena Dunham’s character) wasn’t the archetype beauty usually the case in Lower East Side Manhattan. She dated a man equally as unconventional and terribly as awkward in life and other disasters. ‘Girls’ challenged every gender stereotype aired on HBO with an attitude completely unapologetic. It tackled subjects like STDs and abortion with a radical savoir-faire and a visual grubbiness that made many uncomfortable, a statement in itself.  ‘Girls’ is now in it’s fifth series. 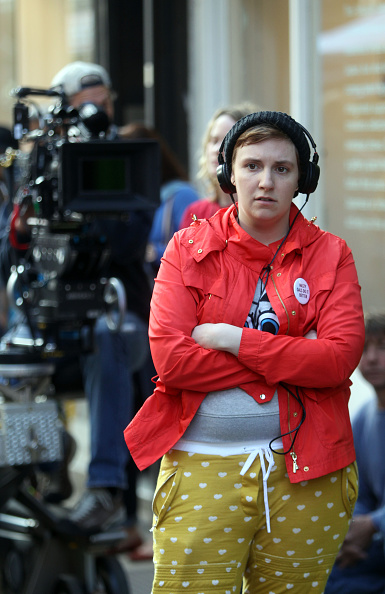 Lena Dunham creator of ‘Girls’ plays Hannah, a struggling writer who fails to support herself in the big city of New York. Quite the opposite from Carrie Bradshaw | Image: Getty

Taylor Swift’s ‘Blank Space’ music video directed by Joseph Khan proved that video really did kill the radio star. The video starts as a perfect picture, Taylor and her model co-star fall in love. Its a fairytale setting. There are romantic dates as the pair romp within and around a palatial mansion. But then things go horribly wrong, and Taylor begins destroying everything. 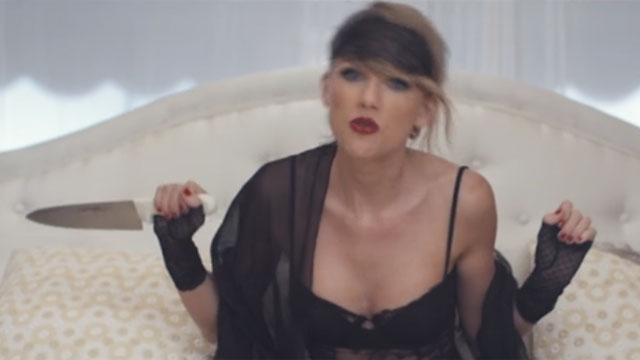 ‘I’m a nightmare, dressed like a daydream’ | Image: ET Online

The true message of the video is that yes, while she is crazy – she is also in control. Taylor’s character is rich, beautiful, and commanding. Her mansion is arranged according to her eccentric tastes and ornate lifestyle. She’s perfectly coiffed, savvy, intimidating. Her lyrics are half promises, half threats, ‘I’m a nightmare, dressed like a daydream’/ ‘I can make the bad boys, good for a weekend’ – full of juxtaposition that is punctuated with certainty and eerie manipulation. It shattered new-age stereotypes with a self-aware satirisation of the star’s own image, capitalising on her reputation as a sappy, hung-up country music star with a legacy of failed relationships expressed in a series of cheesy love songs. What started as a joke, only ends in burning success as she ironically chastises critics with a taste of their own medicine. Her reverse female opinion has manifested and flourished, continuing its stride without any inclination of stopping. 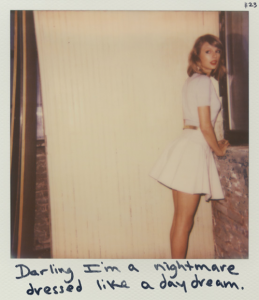 Fashion News
Prepare to truly stand out on the dance floor.