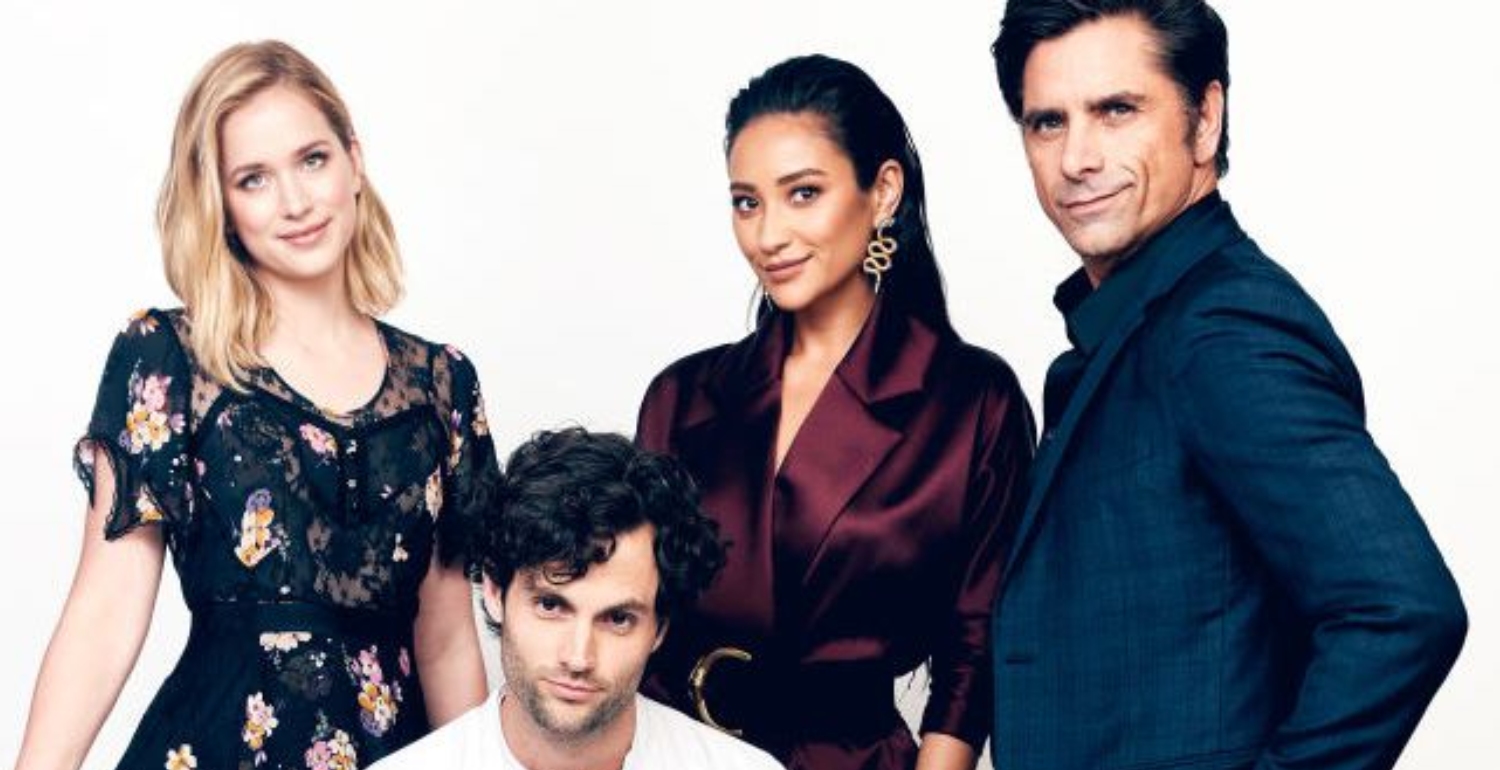 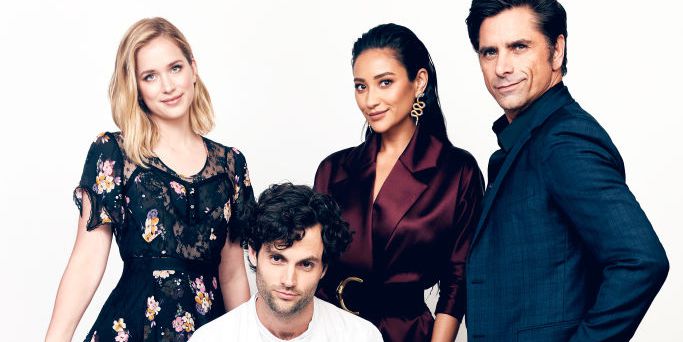 Netflix’s You has been a major topic of conversation since it aired, and it’s easy to see why. But beware, because there are major spoilers ahead as we examine what’s going to happen in Season 2.

Featuring Gossip Girl‘s Penn Badgley in the lead role as stalker-turned-murderer, bookstore manager, and seemingly perfect boyfriend Joe Goldberg, You treads the fine line between rom-com and horror with aplomb, proving that not all romantic prospects are what they seem. To recap: throughout Season 1, Joe pursues, and eventually wins, promising writer Beck, but only by gradually eliminating several people from her life first—including Shay Mitchell‘s Peach Salinger. And when the truth catches up to him, there are some pretty violent consequences.

Since You has already been renewed, here’s everything we know about Season 2 so far:

Season 2 is set in Los Angeles.

Anyone who’s read the books on which You is based will already know that the second part of Joe Goldberg’s story moves from New York to Los Angeles.

Speaking to the Radio Times, Elizabeth Lail, who portrayed Beck in Season 1, revealed, “I think they’re shooting it in LA, and so nothing will be the same. Hardly anything. It’ll be a whole other story.” Writer Sera Gamble also told Metro.co.uk, “We are prepping to shoot Season 2 now, in Los Angeles. Which is also where the second book of the series takes place.”

Beck probably won’t be back.

At the end of Season 1 of You, we found out that Joe murdered his girlfriend, Beck, after she found out that he’d killed several people in her life during his pursuit of her. In an interview with Radio Times, Elizabeth Lail explained, “I am sad to not continue that journey with him.” She also lamented the fact that women so often die onscreen at the hands of men: “The unfortunate thing is, the woman doesn’t win in the end. And I’m so sick and tired of that.”

However, as fans of the first season already know, Joe Goldberg’s ex-girlfriend Candace (played by Ambyr Childers) appeared in flashbacks and premonitions throughout the show. And despite the fact that it looked like Joe had killed Candace when their relationship ended, she appeared in the finale, as if back from the dead. And by that rationale, Beck could also be back in one form or another. 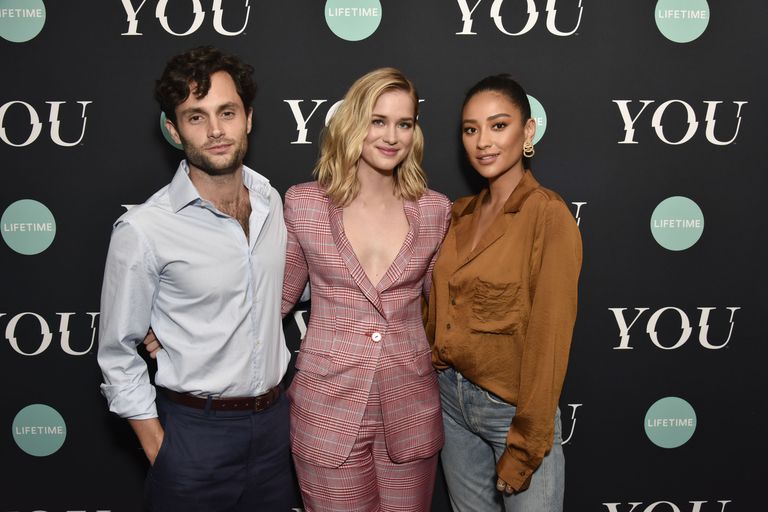 Joe will wrestle with his past in Season 2.

The show’s writer Sera Gamble recently told Metro.co.uk that Season 2 of You won’t follow the second book in the series—Hidden Bodies by Caroline Kepnes—exactly. Gamble explained, “We’ve got lots of great stuff from the books, and also some new things that have come about as a result of changing the story for TV, like that (spoiler alert) Candace is alive and kicking and not pleased with Joe.”

It’s also worth noting that several characters were still alive at the end of Season 1 of You, despite Joe’s best efforts to finish everyone off. As pointed out by Narcity, “Paco, Dr. Nicky, Beck’s BFFs, all of Peach’s family, and obviously, Candace,” are all alive and kicking, and could cause trouble for Joe.

Also, as Paco—Joe’s young neighbor, whose mother was trapped in an abusive relationship until Joe helped out—moved to Los Angeles at the end of the first season, it’s very possible that he’ll reappear in Season 2. After all, Joe is probably in need of a young protégé, the very same way that bookstore owner Mr. Mooney taught Joe everything he knows when he was a wayward teen. Plus, as writer Gamble told The Hollywood Reporter, “Joe was already a teenager by the time he even met Mr. Mooney. There’s a lot more to explore about Joe from earlier in his life.”

Gamble also explained to The Hollywood Reporter, “Part of the fun of continuing the story is that the loose ends from Joe’s past are still dangling and could come back to him at anytime. He is very worried about the fact that Peach Salinger’s family has hired people to investigate her alleged suicide, and there is evidence potentially still at her house.”

But as for whether John Stamos, Beck’s cheating therapist who was framed for her murder, will be back, Gamble said, “It’s too soon to say definitely whether John Stamos will return in Season 2 but we have been talking a lot about the character and we’re excited to keep telling that story.”

Grab the sequel to You now: 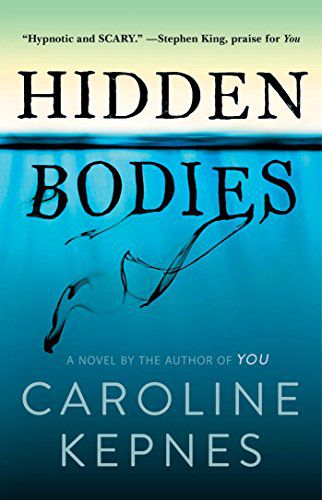