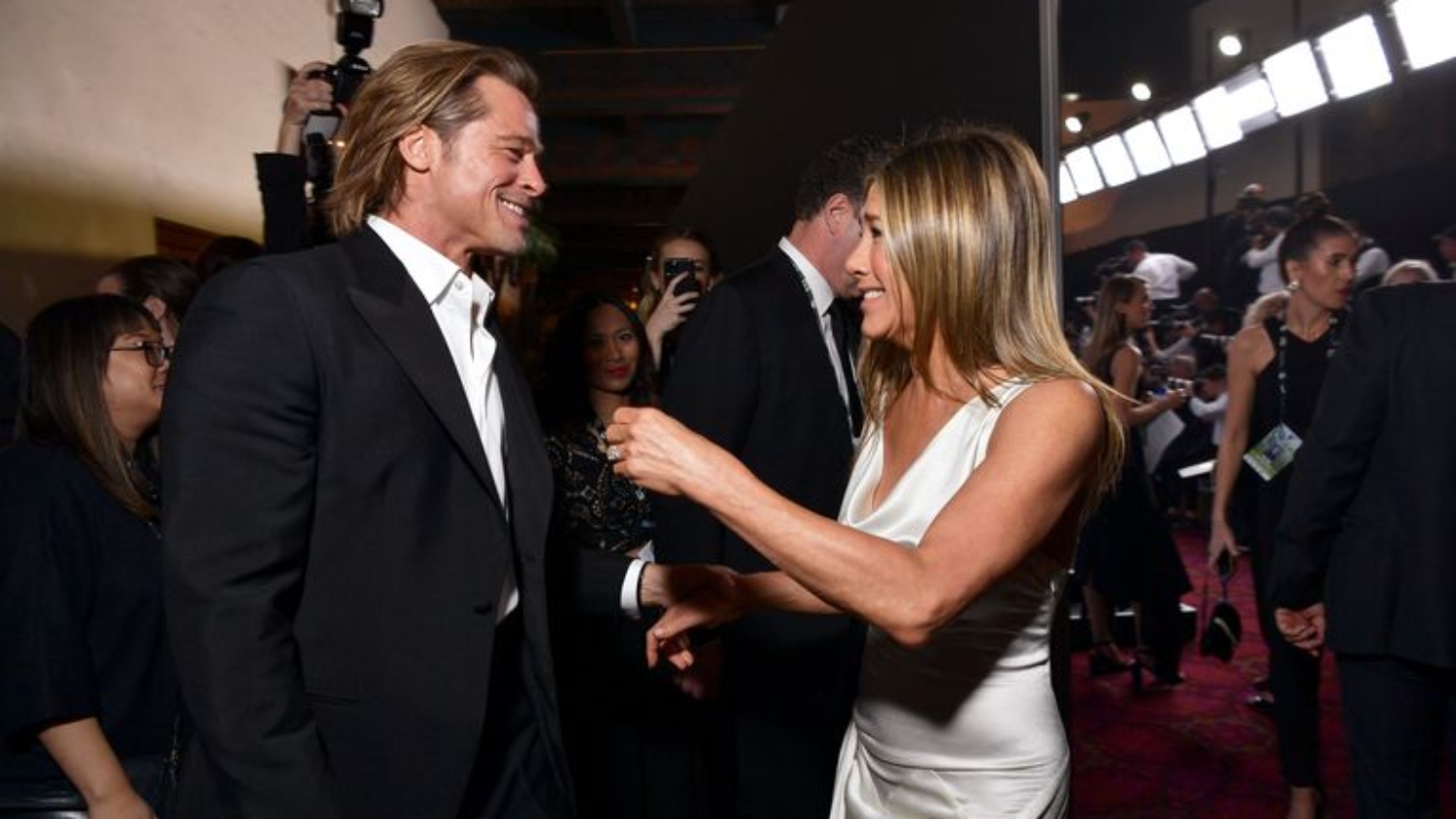 Culture /
Culture News
The actress laughed off rumors of rekindling a romance with her ex-husband, Brad Pitt.
by Bianca Betancourt

While the rest of the world eagerly awaits daily updates on the state of Brad Pitt and Jennifer Aniston’s “friendship”—Aniston continues to laugh along.

The actress—who is nominated for Best Female Actor in a Drama Series at this year’s SAG Awards—commented to Entertainment Tonight on how she views the passionate public obsession over her and ex-husband Brad Pitt’s suspiciously casual friendship.

“It’s hysterical,” Aniston told Entertainment Tonight on the SAG Awards red carpet. “But what else are they going to talk about?” Though Aniston denied the romance rumors, the pair have remained friendly recently having attended the same Golden Globes after party earlier this month and an appearance from Pitt at Aniston’s annual Christmas party. 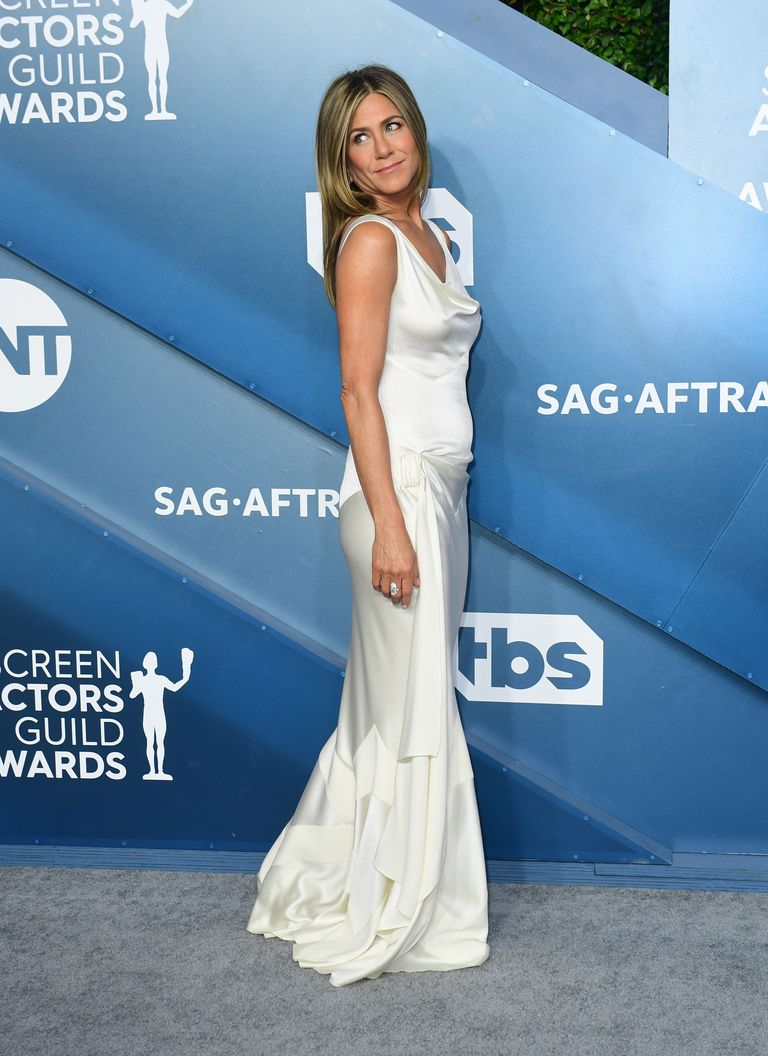 Aniston’s sentiments surrounding the “are-they-or-aren’t-they” rumors that follow her and her ex-husband’s every move are similar to Pitt’s. The actor—who won the award for Best Male Actor in a Supporting Role for his work in Once Upon a Time … in Hollywood—expressed during his recent Golden Globes acceptance speech the frivolous nature of recent romance rumors.

“I wanted to bring my mom but I couldn’t, because anyone I stand next to, they say I’m dating,” joked Pitt during his speech. “And that would just be awkward.”

Regardless of Aniston and Pitt’s staunch denials of any sort of romantic rekindling, photographers did spot the two sharing a celebratory moment after Aniston’s SAG Award win for Best Female Actor in a Drama Series. 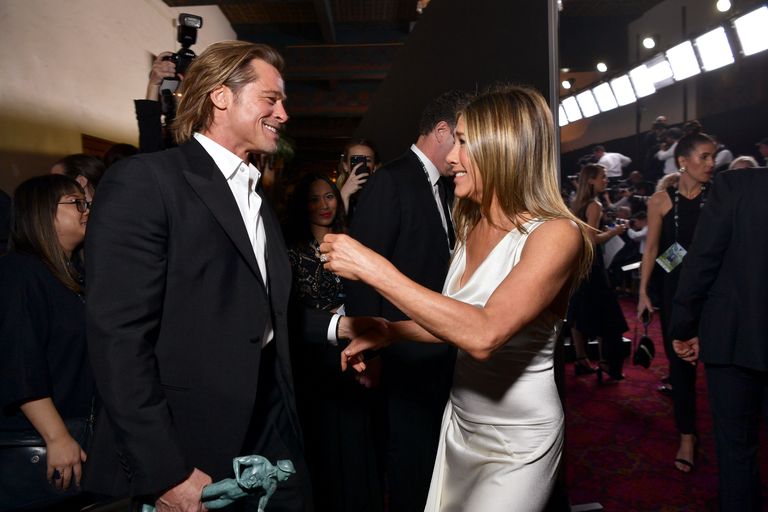 Pitt was also spotted watching Aniston’s acceptance speech from backstage shortly after his own SAG win. Constant denials or not—these two can’t seem to stay away from each other—but we’re not mad about it either.

Shows & Trends
The show was due to take place today in front of a packed theatre of guests.