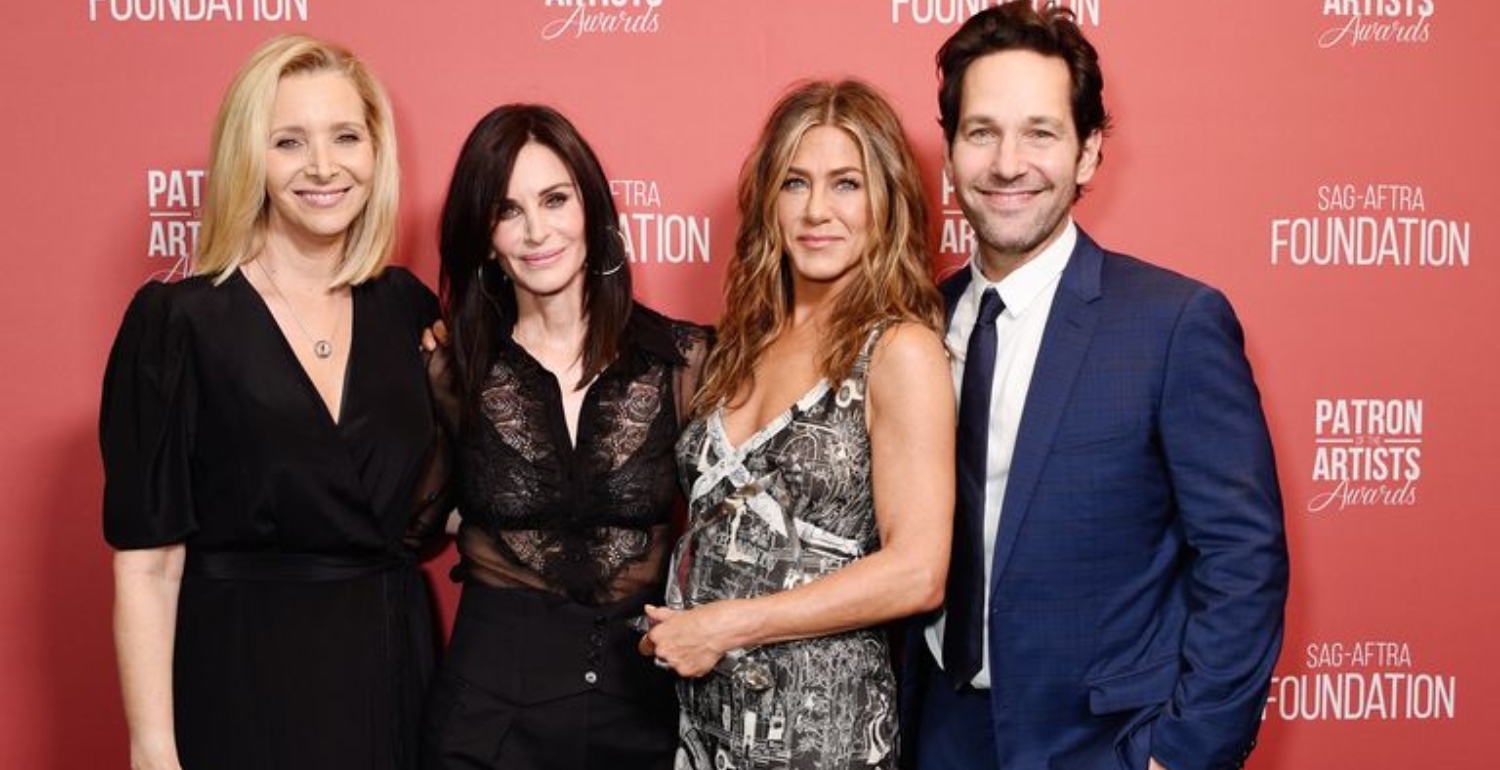 Culture /
Celebrity Watch
Meanwhile, Courteney shared a selfie taken with Matthew Perry, and the internet lost it.
By Amy Mackelden

It’s been a busy week for Friends fans.

Having previously teased a reunion of the classic TV show, Jennifer Aniston decided to hit the red carpet at the 2019 SAG-AFTRA Foundation’s Patron of the Artists Awards this week with three of her former co-stars. Courteney Cox, Lisa Kudrow, and Paul Rudd all accompanied Aniston to help celebrate her achievements, which led to the cutest photo op.

According to Variety, Aniston “was honored with the artists inspiration award for her charitable efforts with St. Jude Children’s Research Hospital, the American Red Cross, Stand Up to Cancer and more.” 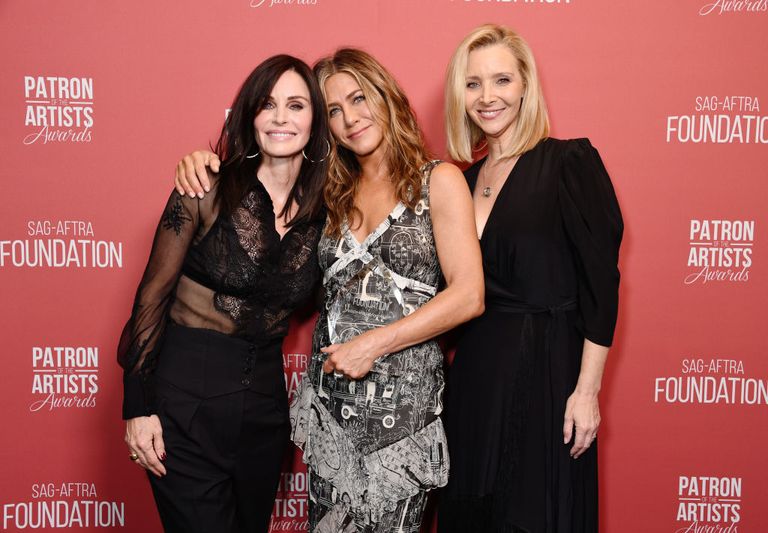 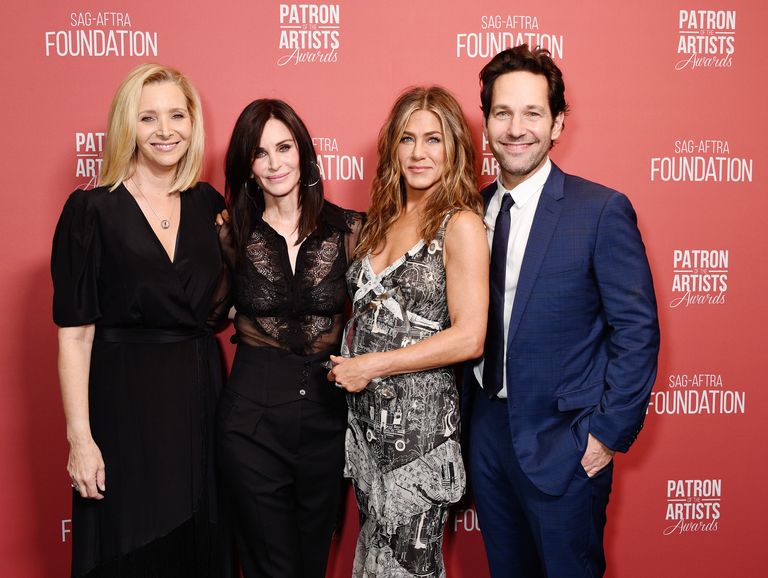 In her acceptance speech, Aniston said (via Variety), “We were just six relatively unknown actors learning on the job together and thanking our lucky stars to be part of this rocket ship of a show. And we didn’t care who got the best line. Although, Matthew Perry usually did steal all the good ones.”

And earlier in the week, Cox teased Friends fans by sharing a selfie taken with her onscreen husband, Matthew Perry. Cox captioned the snap, “Guess who I had lunch with today….I KNOW!! Could I BE any happier? #realfriends.”

Guess who I had lunch with today….I KNOW!! Could I BE any happier? #realfriends

Culture|People
We were given 3 minutes to take some informal pictures of the happy couple.”
Type keyword(s) and press Enter
WordPress Lightbox Plugin