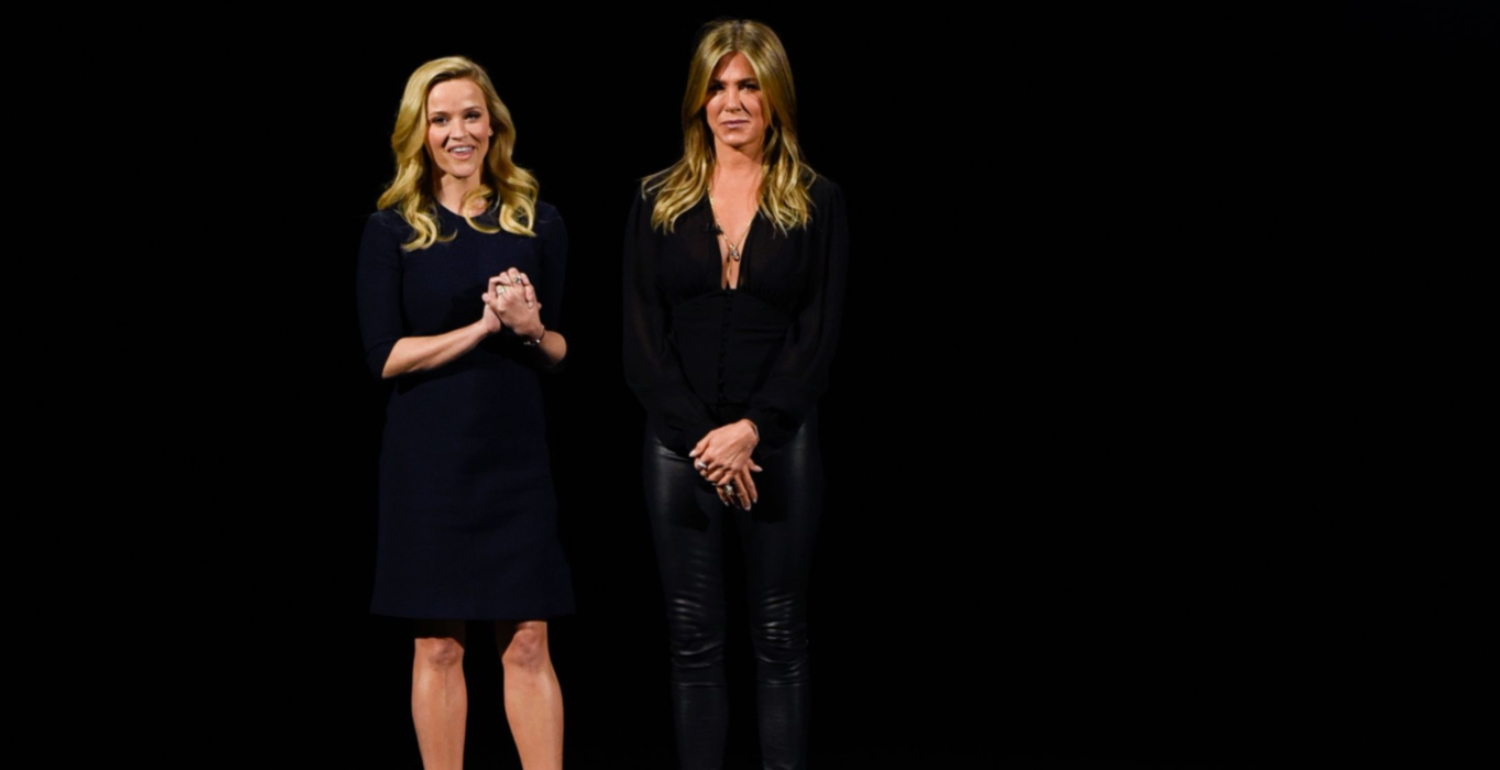 Culture /
Culture News
Reese Witherspoon and Jennifer Aniston will star in the show, but what else do we know about it?
By Ella Alexander 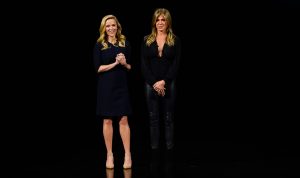 When news arrived in 2017 that Jennifer Aniston and Reese Witherspoon were working on an untitled television project, we were excited. Not only was the pairing a good match, but the series also marks Aniston’s return to the small screen for a regular role since the end of Friends in 2004. In fact, as fans will recall, Friends is where the two actresses first worked together back in 2000, when Witherspoon played Rachel Green’s spoilt younger sister, Jill.

The Morning Show, which will air on Apple’s new subscription-based streaming service, has already attracted a lot of buzz. This is what do we know so far:

So what’s it about?

The Morning Show will be based around a daily news programme, inspired by Brian Stelter’s book Top of the Morning about The Today Show. The series will explore the power dynamics between the men and women who work on the fictional programme and was described by Witherspoon as “a high-velocity thrill ride in which we pose questions without easy answers”. Aniston said the series, which has already been commissioned for two seasons, will include conversations people would normally only have “behind closed doors. Through the prism of those under-slept and over-adrenalined people behind and in front of the camera, we take an honest look at relationships between women and men in the workplace.”

What roles will Aniston and Witherspoon have?

Witherspoon promised that she and Aniston will play “aspirational female characters”, but little more is known that that. The role was enticing enough to lure Aniston back to TV though. “I’m really excited by it,” she said at the show’s official launch on 25 March. Both women will also executive produce the show. 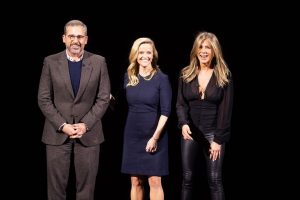 Who else is in it?

Steve Carrell will play a news anchor struggling with his own relevancy in a changing media landscape. Both Aniston and Witherspoon said it would be difficult to explore male/female workplace dynamics without featuring men in the show. “I am happy to provide the manliness,” Carrell joked. The cast will also include Gugu Mbatha-Raw, Billy Crudup, Nestor Carbonell, and Mark Duplass, while Mimi Leder – known for On the Basis of Sex – will direct.

When will it air?

Filming started in October 2018, and the first season is expected to be released in autumn 2019. No specific date has been shared yet.

Shows & Trends
From Victoria Beckham’s powder box to Chanel’s side pack, these are the styles to invest in this year.