10 Of The Most Memorable Moments In Couture History 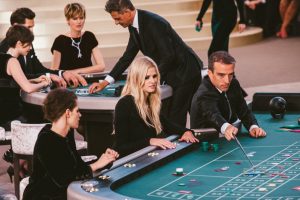 For Chanel’s autumn/winer 2015 couture collection, Karl Lagerfeld created one of the most memorable sets in fashion-show history. The likes of Kristen Stewart, Julianne Moore and Lara Stone sat and played poker in a casino as models strutted passed them wearing the new collection.

Lagerfeld later said that the metaphor of the casino was relevant to his role in fashion as he always takes a gamble with his designs. 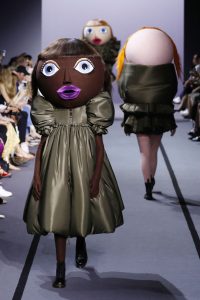 Autumn/winter 2017 was the season that french fashion house, Viktor & Rolf sent giant doll heads down the catwalk. Although it was seen as quite a peculiar move, the house was praised for including such a diverse variety of dolls within the collection. 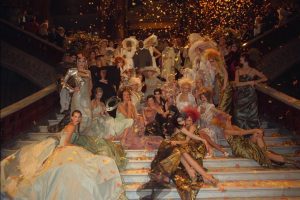 For the spring/summer 1998 collection, John Galliano staged one of the most spectacular fashion shows of all time, which ended on the marble steps of Paris’ Opera Garnier, with tissue paper butterflies falling over the models. Although this show wasn’t long after his arrival to Dior, it always remained one of the most memorable sets he ever created. 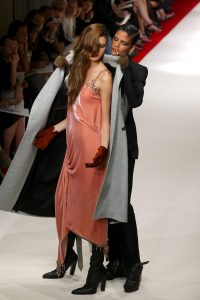 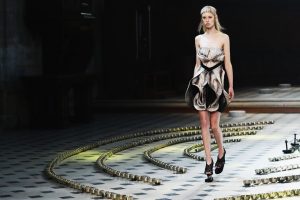 The dutch designer never shies away from taking fashion to the next level, by combining couture with technology, as was demonstrated in the autumn/winter 2016 collection. She presented a collection inspired by cymatics – the visual representation of sound waves. It’ should come as no surprise that she interned at Alexander McQueen – her collections are always so daring and innovative. 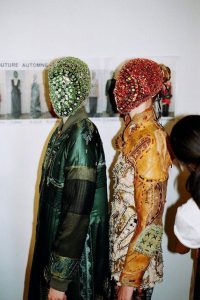 Couture collections are renowned for being extravagant and no more so than Maison Martin Margiela’s autumn/winter 2012 collection, which was filled with incredibly detailed bejewelled masks. The collection showed off couture at its finest, pushing limits and going the extra mile in terms of intricacy and detail. 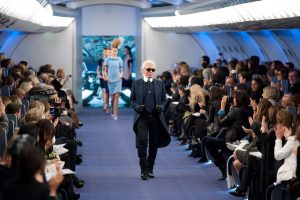 For Karl Lagerfeld’s spring/summer 2012 catwalk, he sent models down the aisle of a Chanel jumbo jet. The audience sat in their plane seats whilst the models’ hair defied gravity. 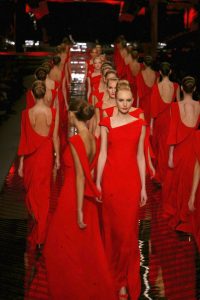 Valentino’s spring/summer 2008 collection was as beautiful as it was iconic, marking the final curtain call for not only couture week that year, but also signalling an end to Valentino Garavani’s 45 years in fashion. At the end of the show, all models wore identical red dresses, so that as he gave his final bow, the room was filled with his favourite colour. 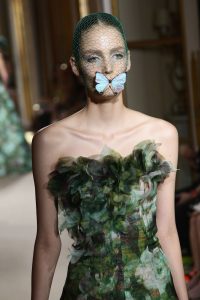 For autumn/winter 2012, Giambattista Valli’s collection was all about fairytales and was filled with mythical references. The intricate detail was something to be marvelled at, particularly on the models who sported the most unusual of accessories, delicate butterflies. 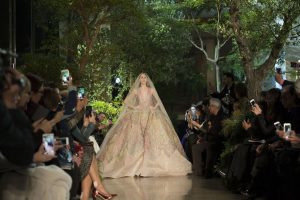 Onlookers were transported to the forest with a modern touch as Elie Saab showed its spring/summer 2015 couture collection. While it might be the house’s most memorable, it’s no different to any other Saab collections, as each one fills us with wedding dress envy.