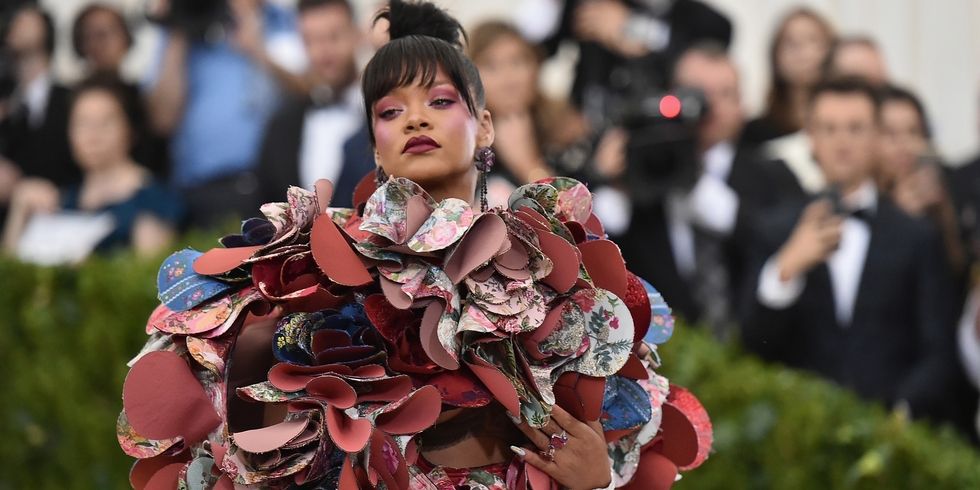 Next year’s Met Gala is going to be a religious event—literally. The Metropolitan Museum of Art’s next big Costume Institute exhibit is titled, “Heavenly Bodies: Fashion and the Catholic Imagination.”

The collection, opening in 2018, will display about 50 garments and accessories loaned from the Vatican, works of religious art from the Met’s own collection and 150 designer pieces “inspired by Catholic iconography or style,” The New York Timesreports.

Featured brands will include no-brainers like Versace (a sponsor of the exhibit) and Dolce & Gabbana, who have famously included religious symbolism in their designs, and some surprising picks, like a Chanel wedding dress inspired by a communion gown and Valentino couture gowns inspired by monks’ robes, according to NYT. 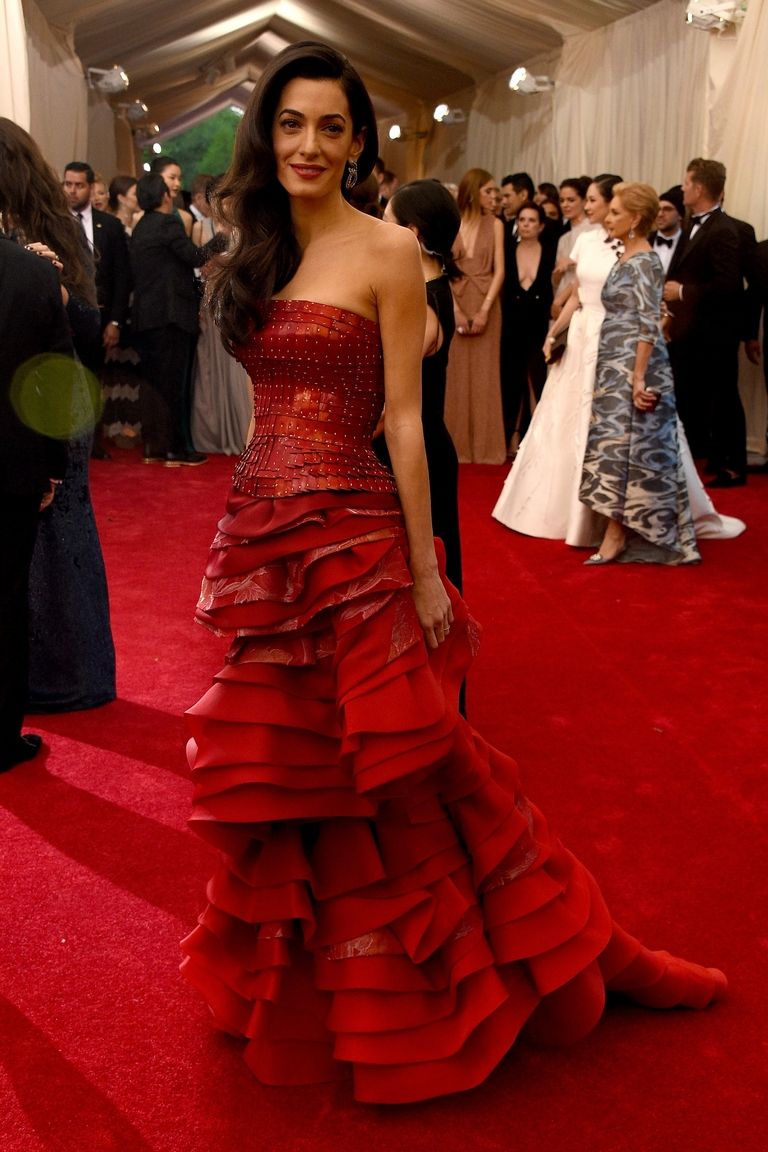 Clooney at the 2015 Met Gala
Getty

Rihanna and Amal Clooney are two of the honorary chairs hosting next year’s Met Gala. Although they’re not specifically known for Catholic-inspired fashion, both are touted as modern fashion icons—the singer for her shameless, boundary-pushing wardrobe (and consistent winning Met looks) and the human rights attorney for her elegant, classic style, both in the workplace and on the red carpet.

Donatella Versace, Anna Wintour and Stephen A. Schwarzman and his wife, who are big donors to the Catholic Archdiocese of New York, are also honorary chairs.

“Heavenly Bodies” follows “Rei Kawakubo/Comme des Garçons: Art of the In-Between” in 2017, “Manus x Machina: Fashion in an Age of Technology” in 2016, and “China: Through the Looking Glass” in 2015. Next year’s exhibit is expected to be the Costume Institute’s biggest one yet, stretching 58,600 square feet in three galleries, including the Cloisters in upper Manhattan.

The theme will also likely be provocative. “We know it could be controversial for right wing or conservative Catholics and for liberal Catholics,” head curator Andrew Bolton told NYT. However, he clarified that the exhibit focuses “on a shared hypothesis about what we call the Catholic imagination and the way it has engaged artists and designers and shaped their approach to creativity, as opposed to any kind of theology or sociology. Beauty has often been a bridge between believers and unbelievers.”

Bolton even got the OK from the Vatican (but he doesn’t know whether the Pope Francis is aware of the exhibit). The director of the Holy See press office told NYT, “The Roman Catholic Church has been producing and promoting beautiful works of art for centuries. Most people have experienced that through religious paintings and architecture. This is another way of sharing some of that beauty that rarely gets seen.”

Bolton started discussing loaning items from the Vatican in 2015 and had to make eight trips to Rome to bring the show to life. Ultimately, the Vatican pieces will be displayed separately from the rest of the fashion exhibit in the Met out of respect, since these are still “working garments.” The last time papal garments made their way across the Atlantic was in 1983, for “The Vatican Collections” exhibit at the museum, which saw over 855,000 guests.

Of course, New York’s archbishop Cardinal Dolan was invited to the Met Gala, the Times reports. The paper writes, “Everyone is hoping he will attend.”

Fashion|Fashion News
The annual event has been cancelled due to the Covid-19 pandemic.
Type keyword(s) and press Enter
WordPress Lightbox Plugin