As a new year begins, Alicia Amin readies herself for the release of her theatrical debut as a leading actress in the thriller The Disappearance Of Irdina Adhwa, out this February. Abdul Aziz Draim catches up with Malaysia’s top model as they talk about her film role, her volunteerism and her outlook for 2022. 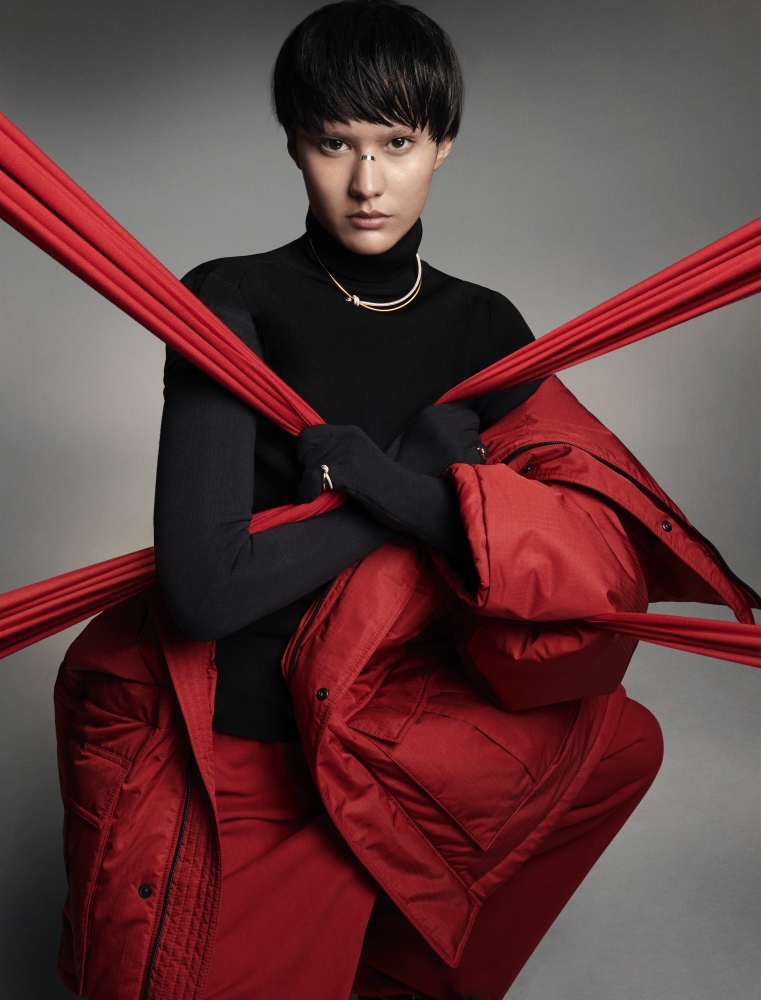 When asked to describe what 2021 was like for her, Alicia Amin replies, “To me, it was a recovery phase. It was also hopeful, like a nod to a better future that is to come.”

As a nation, 2021 was—to put it kindly—a challenge for most of us. We started the year having to undergo the MCO (Movement Control Order) lockdown and its various reworkings months thereafter, to eventually transition to some measure of normality by October as we entered Phase 4 of the National Recovery Plan, only then to be hit by what the government categorised as a “once in a century” natural disaster as we suffered four days of non-stop rain, resulting in one of the worst floods Malaysia has faced since 2015. Overnight, families lost their homes, possessions, and sadly, even loved ones as water turned streets into rivers, simultaneously cutting off supply lines and mobility. All that just a week shy of Christmas. 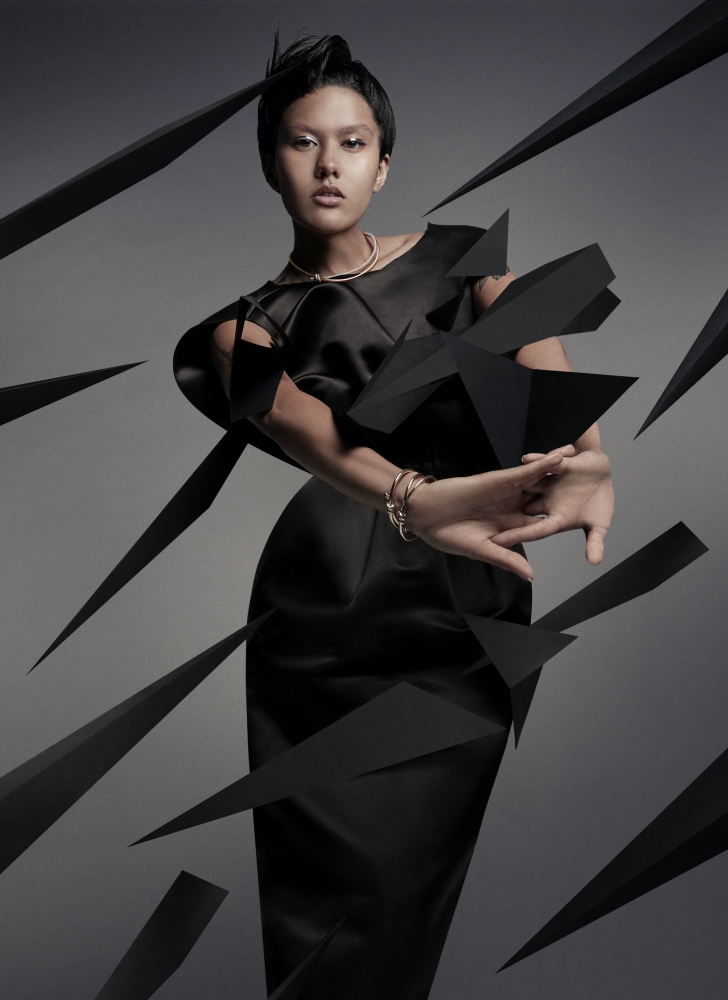 But recover we did, and hopeful we still are, thanks to Malaysians who went out of their way to help their fellow countrymen and women in their time of need. Alicia Amin played a small yet no less vital role in those recovery efforts as she spent her days off from work to volunteer in Taman Sri Muda, Selangor and Pekan, Pahang, among the places worst-hit by the floods.

“I have always been vocal with my opinions,” says Alicia, commenting on how social media has helped to mobilise rescue efforts. “I’ve actually quit Twitter and have slowed down (sharing my opinions) on social media, but I do feel that speaking out and donating to the flood relief is important because it creates awareness to encourage more people to help. That said, the older I get, the less I want to speak. And seeing as I have resources that enables me to go out and help, why not? I’m not saying that just talking about it is not enough anymore, but on a personal level, I feel I’ve done all that already and now, I’m starting to feel like I can do more.” 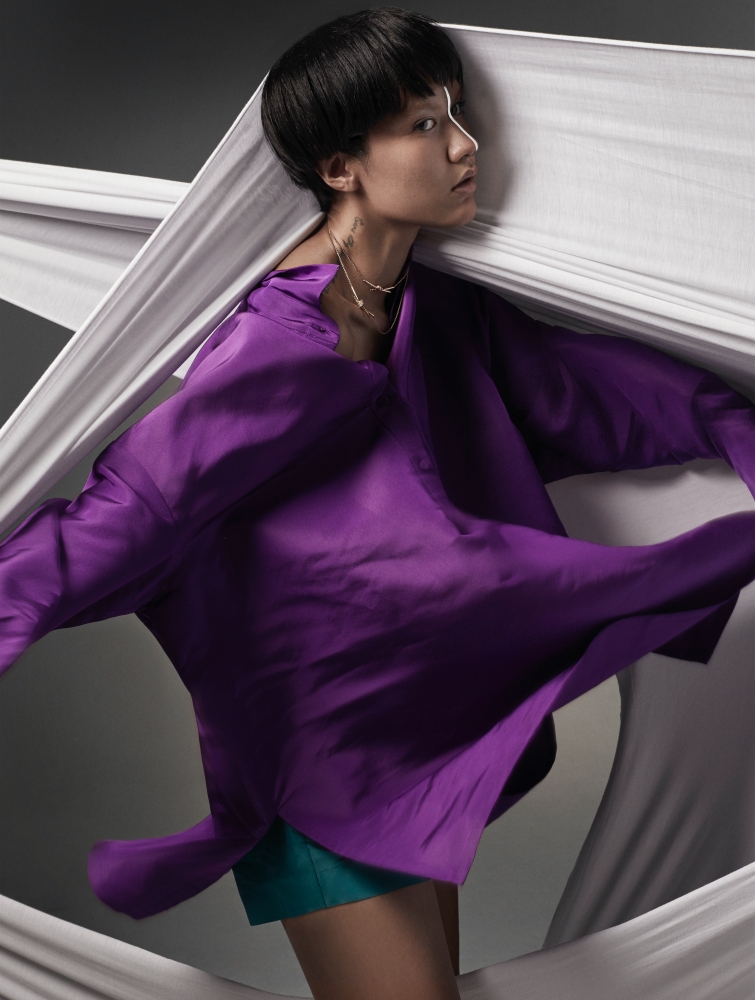 Seeing as the majority of aid in Sri Muda was offered to its human residents, Alicia threw her focus on animal rescue. “People will help people, but animals aren’t able help their on kind. Also, some people are sensitive about allowing dogs into boats and cars. So I borrowed a four-wheel drive from a friend to help transport affected animals to safety,” Alicia shares matter-of-factly. “Obviously I wish I had tens of thousands of dollars to help out (with rescue efforts), but I don’t. So I do what I’m able.”

When a group of friends made their way to Pahang to assist in distributing food and supplies to families stranded by the overflowing Sungai Pahang, Alicia knew her specific skill-set might come in handy there. “I asked a friend if they needed an extra boat driver. The thing is, we can contribute funds and items as much as we want, but if we can’t even deliver those goods to the intended people … ? I just happen to know how to drive a boat so I volunteered. “ 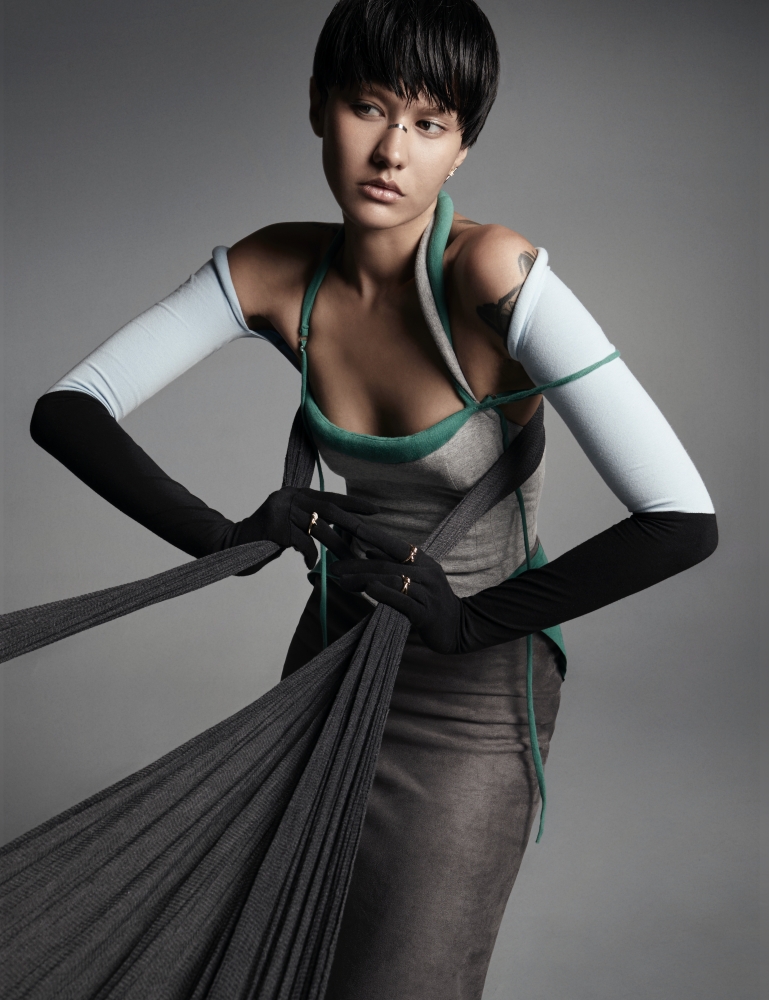 Though she could only be in Pahang for two days, Alicia soon realised that her brief stint made a big difference.  “I was told we managed to distribute 200 more boxes from just having an extra pair of hands. As insignificant as I felt in that moment because it was only for two days, we managed to deliver goods to five different Orang Asli villages that were completely cut out from supplies for the past seven to eight days before our arrival.”

In spite of the dire predicament, Alicia felt a sense of hope and community. “The experience in a way reminds me that our country is truly a democracy of the people. If people can come together, even without waiting for government funds or aid, you just get up and do your part—regardless of whether you’re simply sharing information, or donating, or showing up to volunteer—when you do something, and we collectively do the same, it then becomes a bigger something. It’s a reminder that if we all band together as a nation, we can really make things happen. it’s heartening to know that the people of Malaysia have their hearts and minds in the right place.” 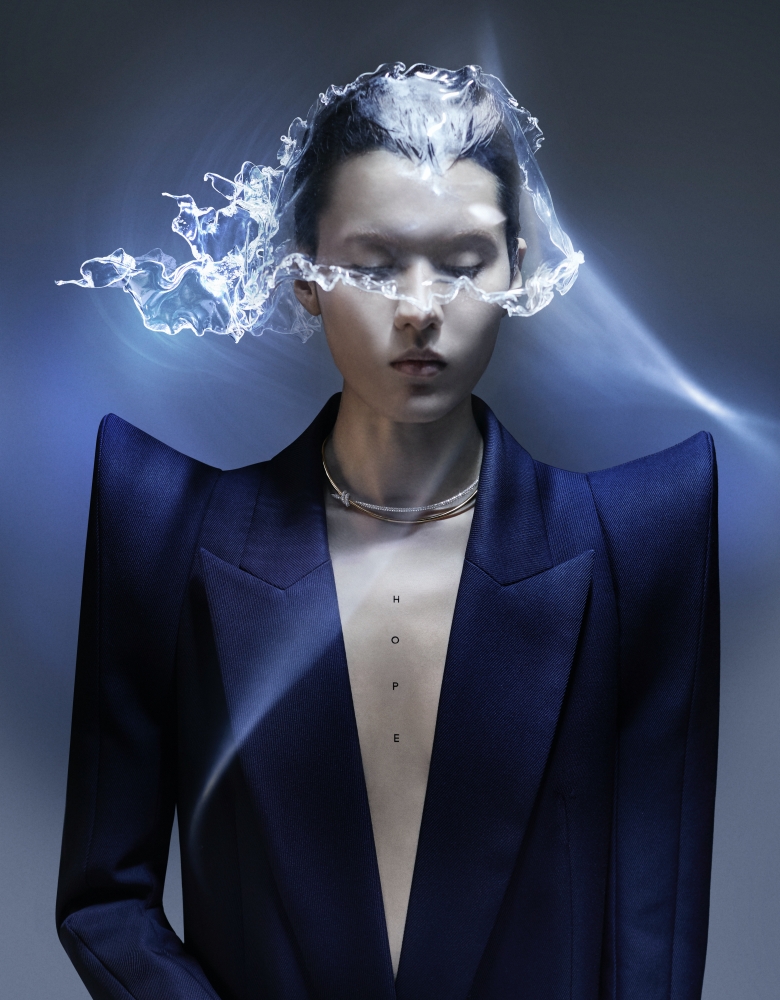 How is she feeling about 2022? “Hopefully it’s going to be my year of exploring and trying new things. And getting better at the things I started all the way back in 2020—not even 2021, haha.”

So far the first couple of months of 2022 is already indicative of greater things on the horizon: scoring her first BAZAAR cover (ahem), followed by next month’s release of The Disappearance Of Irdina Adhwa, featuring her first leading role in a theatrical release. The film is directed by young Sabahan filmmaker, Kyle Halim. “It is an action thriller,” says Alicia Amin. “It’s about this girl who discovers a dark secret after she reconnects with a group of friends that she has not hung out with for a while. It’s directed by first-time director, a young Sabahan named Kyle Halim.” 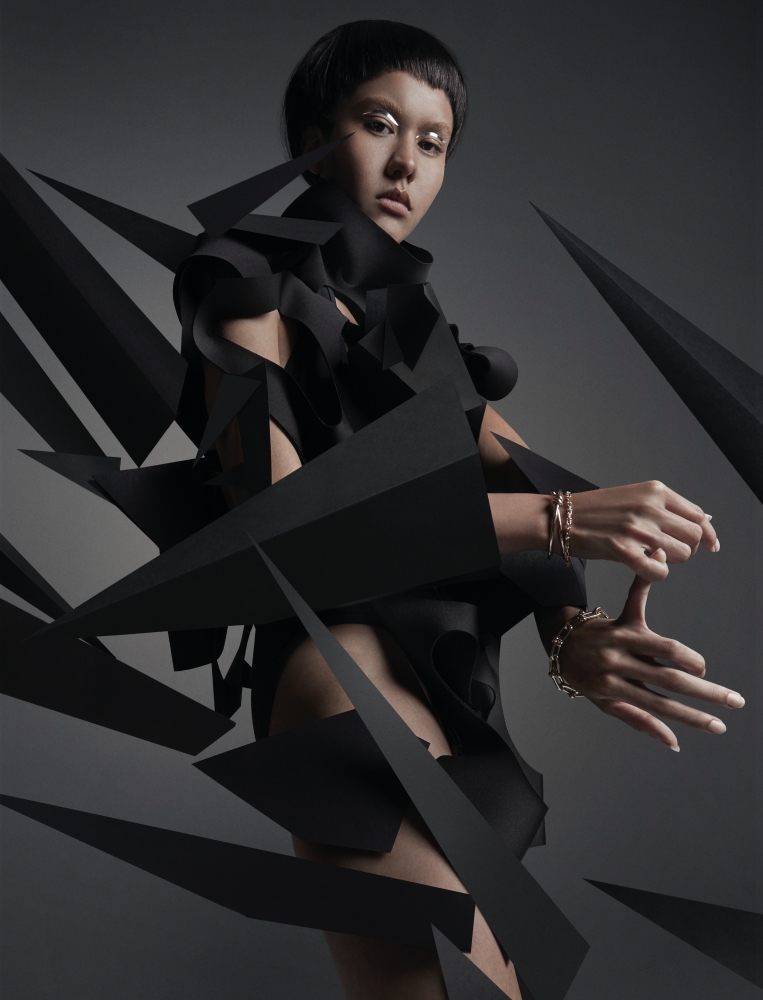 Alicia plays a Sabahan in the movie, and the filming itself took place in the East Malaysian state with additional shots filmed in Peninsular Malaysia. What was her reaction when she was offered the lead? “The cast and I were in the office the first time we got the script, and as I was reading it I realise that I was to play the lead. I actually asked the director, ‘You’re giving me the lead? Are you sure?’,” Alicia recalls with a laugh. “I’m the kind of person who likes to lay all my cards on the table.  And for this character, I’d be required to pick up archery—and I’ve never touched a bow in my life! I told him I won’t be able to pull the string, and that I might suck at it. And I did suck, haha.”

Alicia’s first experience with the bow confirmed her fears. “It was terrible. It was a compound bow and I couldn’t even draw the string. I was sure Kyle was about to fire me there and then.” Archery is integral not just to the character, but to the entire plot. “What’s important for the character is her form. She has to look like a professional archer, because of the technicalities of certain scenes. She can’t look like a noob.” 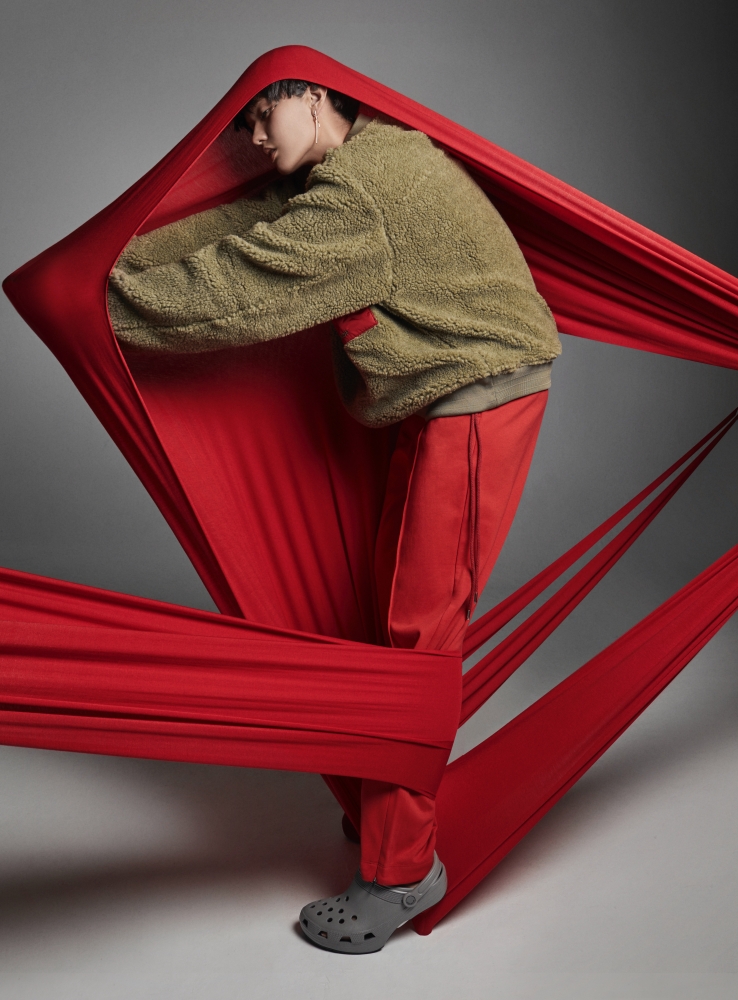 To do justice to her character, Alicia attended classes and rigorous self-training. “The trainer gave me a PVC pipe with an elastic string for me to train with—I had to do 200 free draws a day, for one month.” Did it work? “I can do archery now,” she beams. “I won’t say effortlessly, but I can score yellows and tens at about 20 metres.”

The 26-year-old model made the conscious decision to seriously pursue acting back in 2019— pre-pandemic—following her turns in satirical comedy series Ren & Bo and HBO Asia’s crime drama The Bridge. Her latest TV series Ex Aku Pontianak is already airing on Astro beginning January, with another drama series, Kuasa, scheduled for a March release. “2021 was me gearing up, getting ready to go. So 2022 it’s pedal to the metal,” she exclaims. 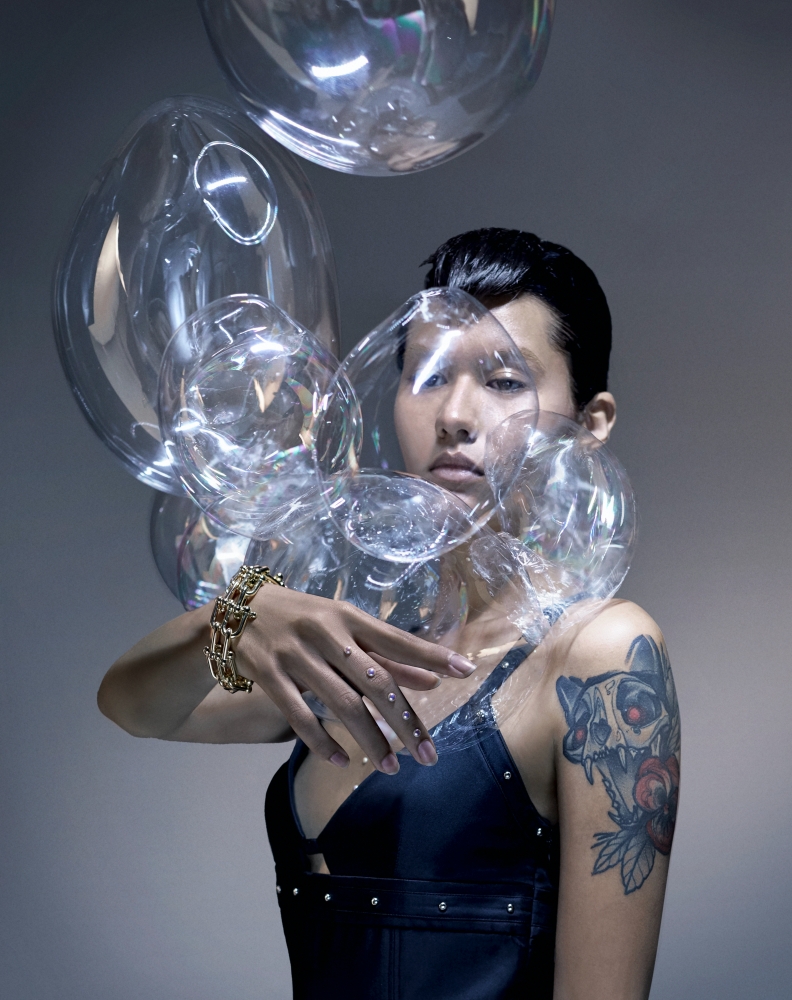 She adds, “I do want to break into the international market eventually but maybe not as a model—I haven’t been a young model for a very long time now, haha. To be honest, I am ready to say ‘goodnight’ to my modelling dreams soI can focus more on my acting aspirations.”

Speaking of aspirations, is there any actor she’d like to work with? “I’ve already acted with Bront Palarae (in The Bridge), so I think I’m good, haha,” she laughs again. “But if you’re asking me about international stars, I’d want to work with Timothée Chalamet lah, but kita rileks dulu. (translation: no rush).”