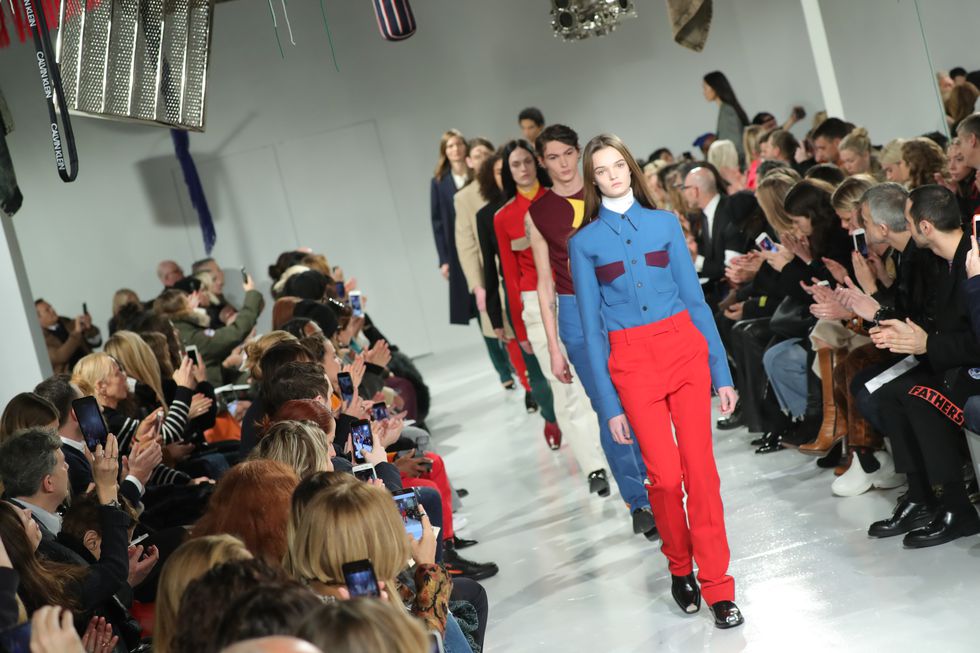 Calvin Klein has outlined its new strategy, following the departure of its former creative director, Raf Simons, last year. The brand has told Business of Fashion that it has initiated a “new playbook” which aims to create a “halo effect” around the label’s key products, without hiring a high-profile creative director.

Speaking about how Calvin Klein is hoping to react to the changes in the industry, chief marketing officer Marie Gulin-Merle, explained that the brand has created a new series of marketing initiatives entitled ‘InCKubator’, which will create four to six campaigns a year, which are tailored to different customers.

Calvin Klein’s hope is that this strategy will be a better match for the now very fast-paced nature of the fashion industry, where there is a desire for non-stop content, rather than the traditional catwalk calendar. In working alongside other brands and creatives, the label will have the chance to interact with more potential consumers and the nature of capsule collections means that the label can take more risks with its designs, while not having to reinvent the brand vision.

Although Simons brought plenty of critical acclaim to his high-profile catwalk shows, the buzz did not translate into sales. The company is therefore attempting to create bigger, more frequent brand moments, which they hope will create a “halo effect” around the key products (namely underwear and denim) and result in more consistent high sales.

“There used to be a series of tactics that had become the thing: a show, a collection, some must-have items,” Gulin-Merle said. “I’m not saying all this is going away, I’m saying that the new world we live in has offered brands a whole new palette.”

The label released a video campaign last week, which certainly created plenty of buzz, although not all of it was positive. It saw supermodel Bella Hadid kissing computer-generated Instagram influencer Lil Miquela and was accused of queerbaiting – a term which refers to when companies hint at same-sex relationships, without actually depicting one, in order to attract gay customers and not alienate straight customers. The brand quickly apologised for the offence it had caused.

Here at CALVIN KLEIN, we welcome all types of constructive feedback from our community. We see your comments and we appreciate them. We'd like to offer our thoughts in response to comments on our campaign video featuring Bella Hadid and Lil Miquela. pic.twitter.com/OIcIekyR9K