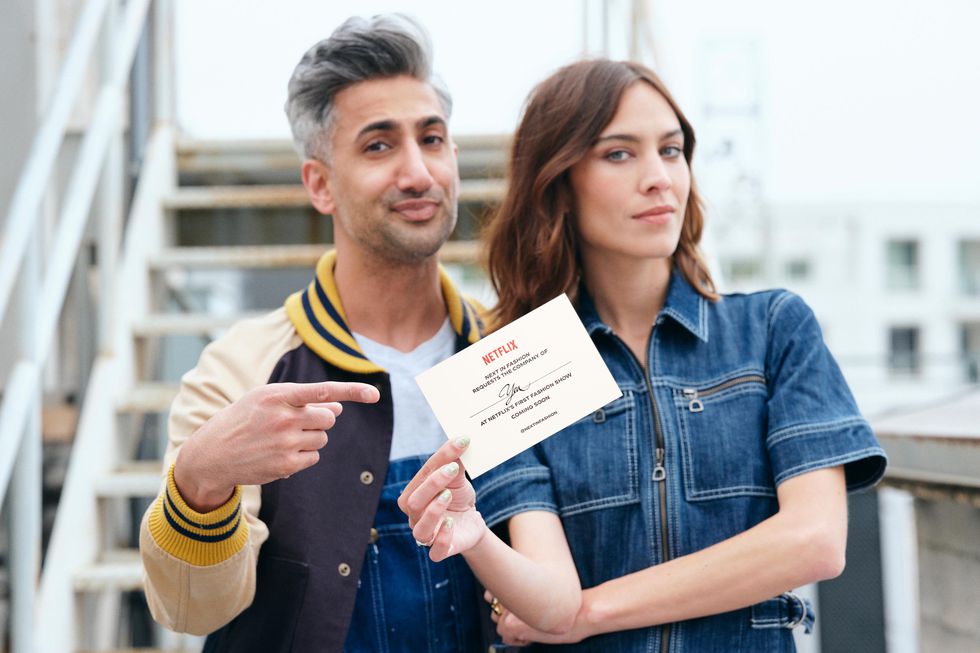 Alexa Chung and Tan France will co-host a brand new fashion series coming to Netflix. The fashionable duo are on the hunt to find the next big name in fashion with our next binge-worthy series, Next In Fashion.

It’s a high-stakes competition series, in which 18 designers will face challenges focusing on a different trend or design style that has influenced the way we dress.

The talented contestants, who have worked for major brands and celebrities, will compete head-to-head to see who has the most skill, originality and determination to win the prize. The lucky winner will receive $250,000 (around £196,000) and the opportunity to debut their collection with the luxury retailer Net-a-Porter.

Queer Eye‘s France and designer, model and presenter Chung will host the 10-episode long series. Elizabeth Stewart and Eva Chen will be recurring guest judges with additional guest judges to be announced at a later date.

Chung and France – who became friends prior to the show – will no doubt prove a charismatic double act. France is also soon to launch his memoir, Naturally Tan, while Chung has been busy working on her eponymous fashion brand.