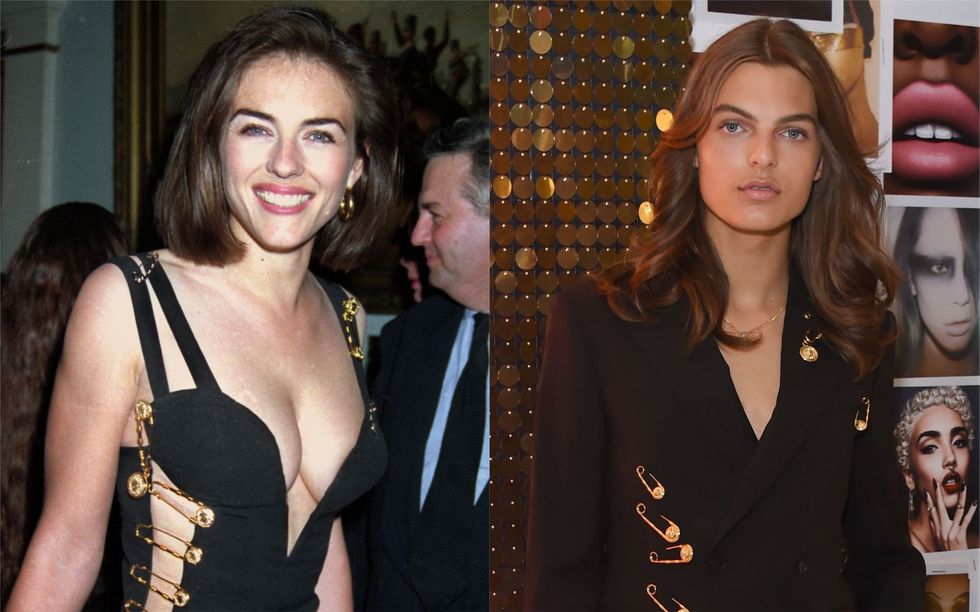 Last week, the fashion world marvelled at how much Damian Hurley looks like his mother, Elizabeth, in his debut campaign for make-up extraordinaire Pat McGrath.

Reminding us once again that he successfully bagged the former model’s world-famous genes, the 17-year-old paid sartorial tribute to Hurley in her most famous look of all time – that Versace safety pin dress.

The up-and-coming star attended the Sublime Perfection party at Selfridges on Thursday in a bespoke suit by the Italian label emblazoned with all-too-familiar giant gold pins. 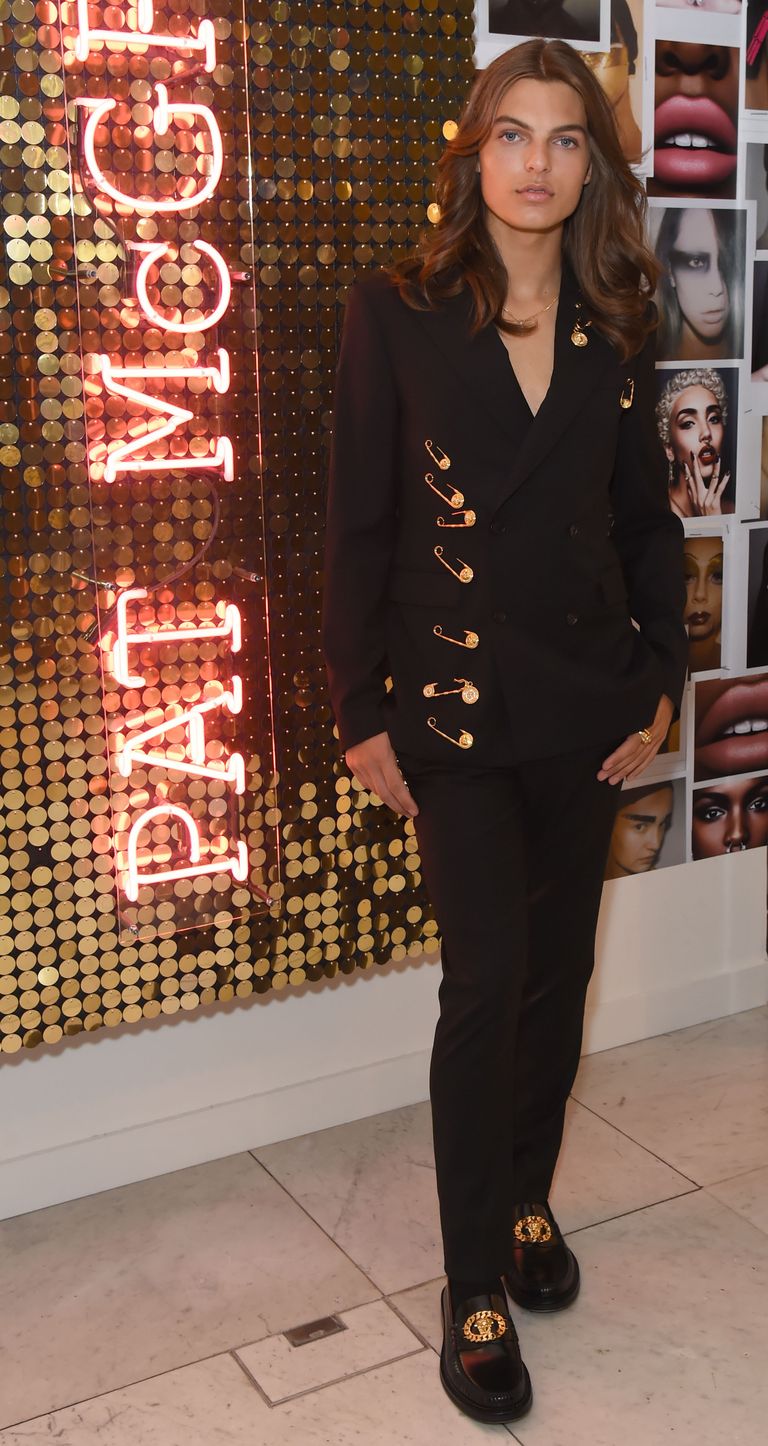 A pair of logo-embellished loafers and a bouncy blow dry finished the touching tribute.

It was an ensemble reminiscent of the now-iconic dress his mother wore to the 1994 premiere of Four Weddings and a Funeral while dating actor Hugh Grant.

Over 25 years after first wearing the dress, the Versace number has garnered a spot in fashion history earning its own Wikipedia page and a place in a 2002 exhibition at the Victoria and Albert Museum.

But Hurley had no idea at the time that the look would grace the history books, as she simply “fished a dress out of a white plastic bag” ahead of the star-studded premiere.

“A few years ago, I got a lot of calls wondering what I thought of the dress’ 20th birthday. I have to say, I hadn’t known it was the dress’ 20th birthday – that was news to me,” the 54-year-old admitted. “I’m delighted a dress I wore might be something someone would think about, but it wasn’t really that big a deal to me at the time.”

Sharing a sneak preview of the campaign on Instagram, the starlet wrote: “So excited to show you guys something secret I’ve been working on with the divine @PatMcGrathReal !! Shot by #StevenMeisel , here’s #SublimePerfection ; available in stores 7.26.19 🖤”.