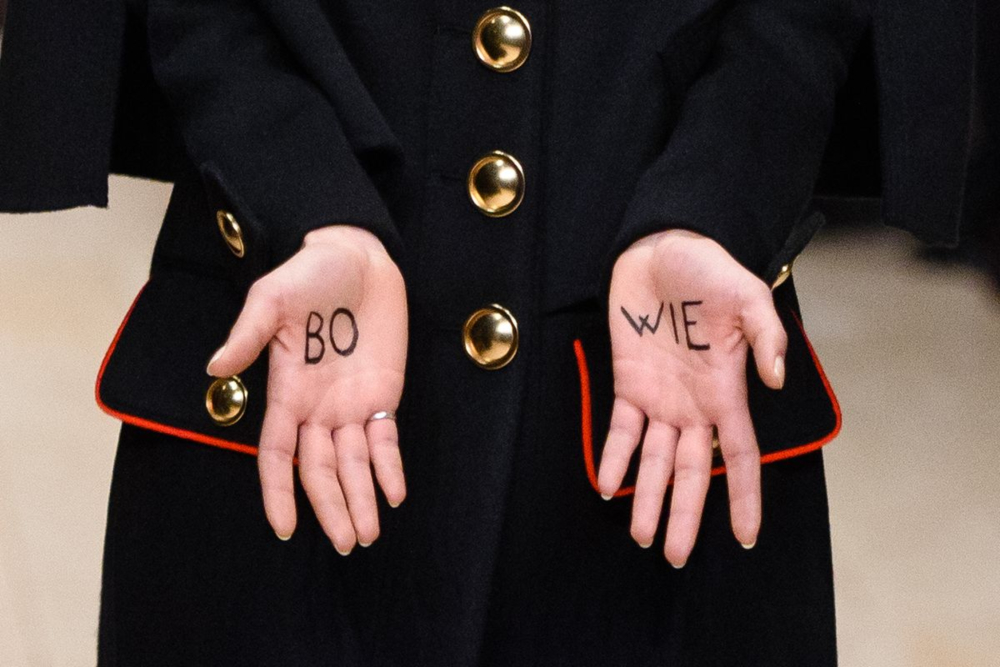 Today is the 72nd birthday of one of the world’s greatest rock stars, David Bowie who passed away in early 2016. The musician was a barrier-breaking style icon, pushing gender boundaries through his rouged cheeks, love for velvet blouses and strapped platforms.

In recent years, we’ve witnessed some of fashion’s best gender-fluid moments: Jaden Smith in a skirt for Louis Vuitton, Ezra Miller in a Montcler Pierpaolo Piccioli puffer gown at the movie premiere of ‘Fantastic Beasts’ and just a few months ago, A$AP Rocky in a silk babushka headscarf by Gucci. In 2019, androgyny has become the mode but it was Bowie and his constant reinventions throughout his long illustrious career that had proved that style has no gender. 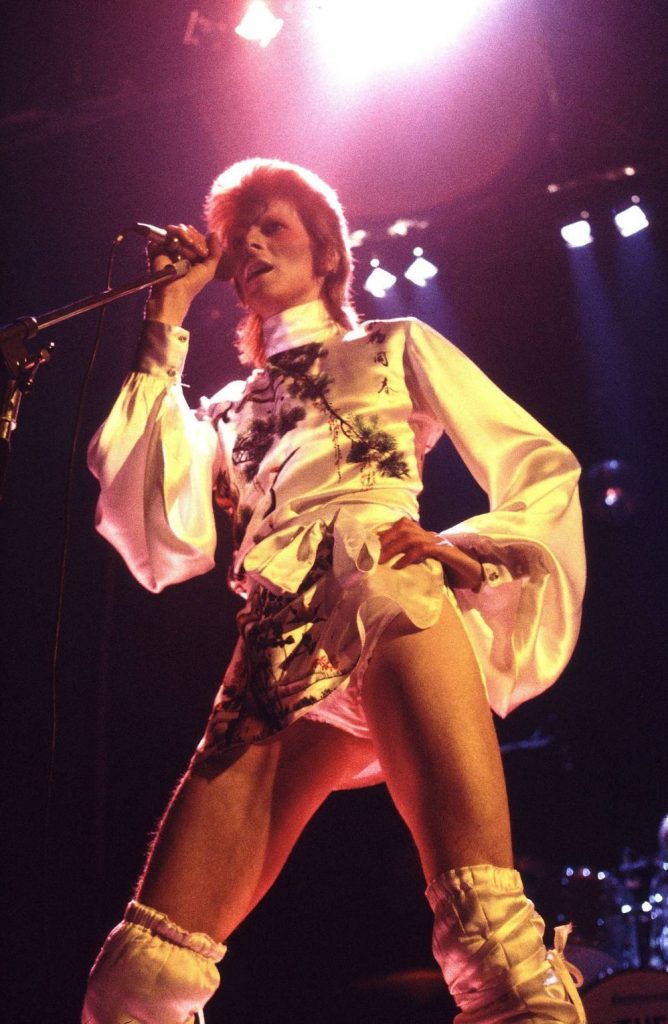 Bowie’s most popular alter ego, Ziggy Stardust is a vision of glam rock. The lightning bolt and bright-red mullet along with multicolored ensembles and lycra jumpsuits has become synonymous with the Ziggy persona.

Bright silk blouses, metallic lycra leggings and an elegant twill scarf – check out below on how to inject a bit of Ziggy Stardust into your wardrobe. 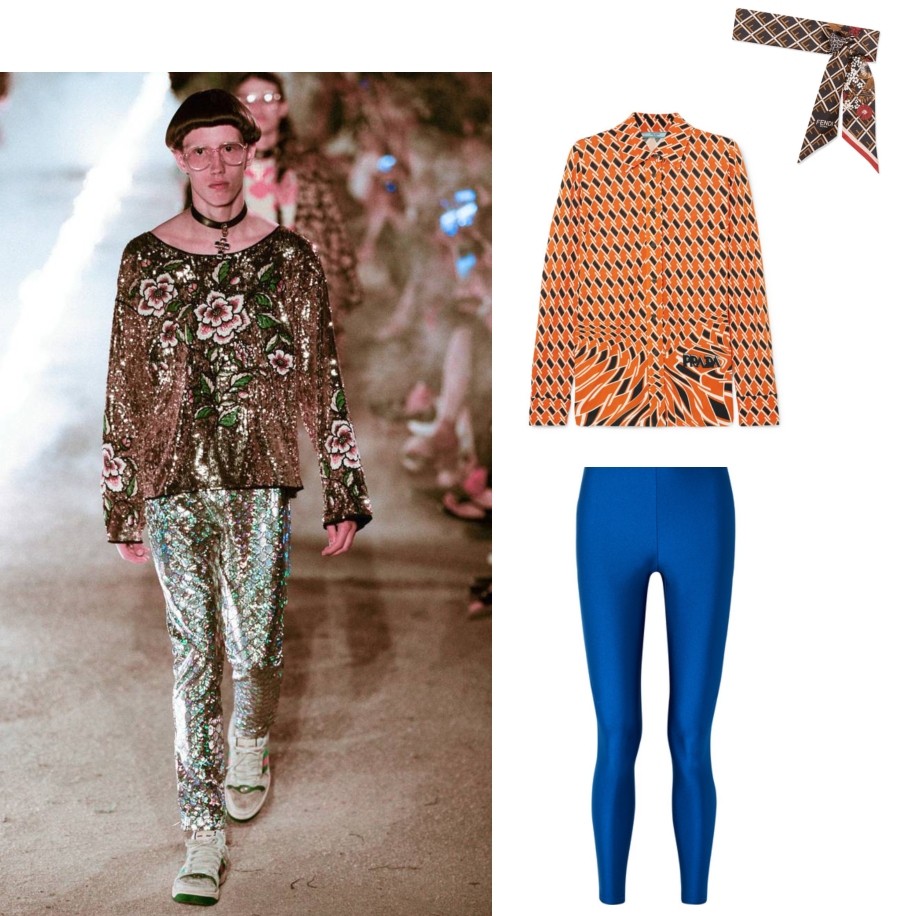 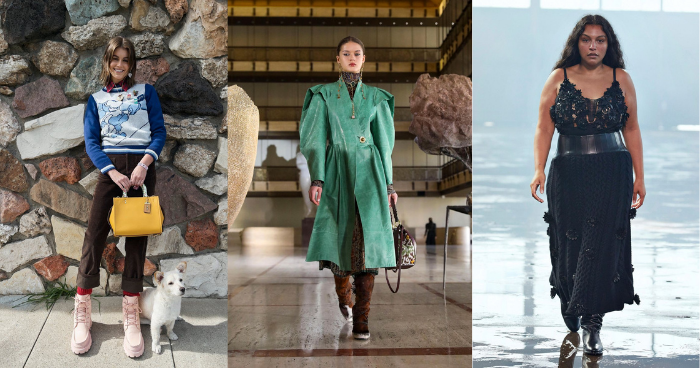