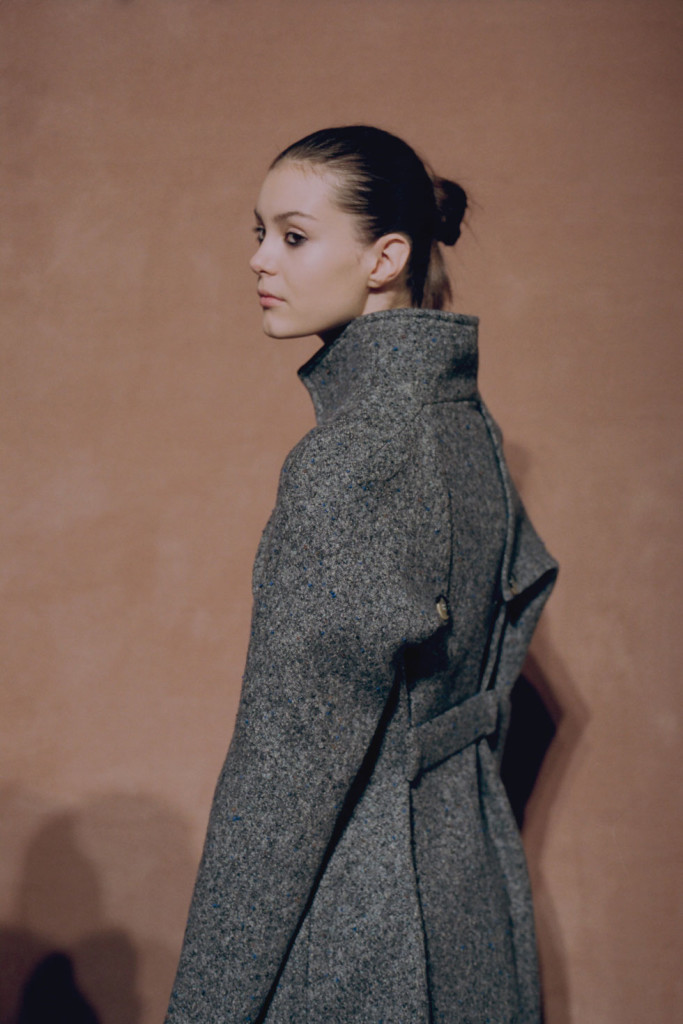 Backstage during fashion shows can be a whirlwind—a chic chaos of hair, makeup, clothing, stylists, accessories and press. You would never know it from the serene backstage images captured at Victoria Beckham’s fall presentation. “It is not about one theme,” the designer says of the season, “but instead thinking about what women really want to wear and how they want their clothes to make them feel. For me it is a collection full of possibilities.” As the wares hit victoriabeckham.com, see the black and white dresses, mod-influenced outerwear and Beckham’s latest foray into footwear—from behind the scenes.