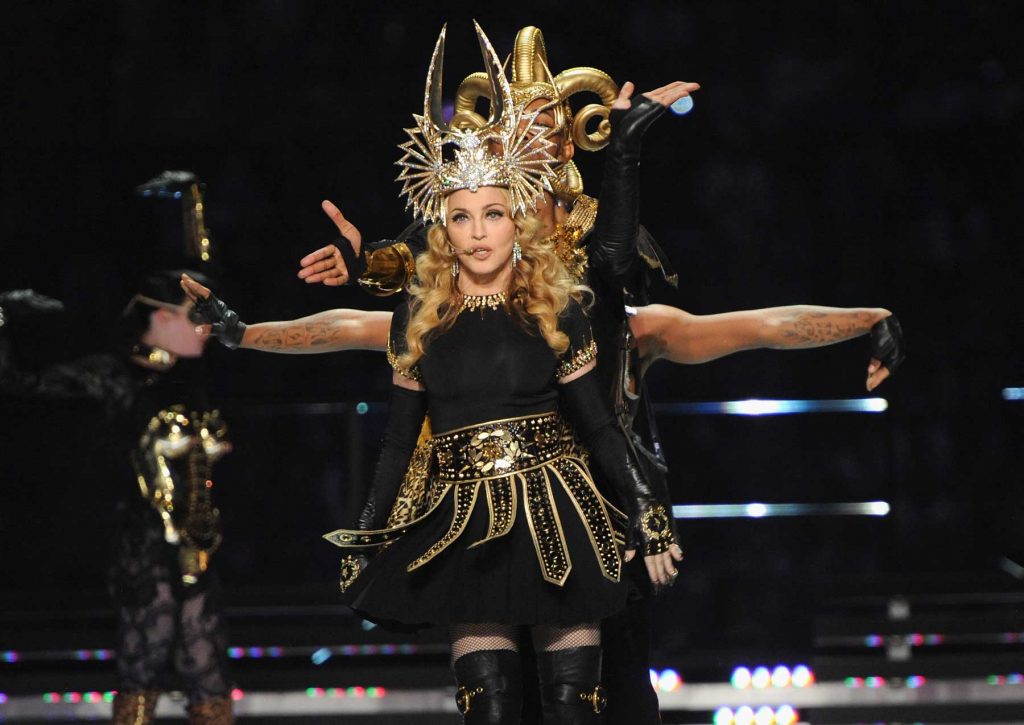 Never one to disappoint when it comes to on-stage fashion, Madonna is lining up a designer-filled wardrobe for her upcoming Rebel Heart world tour. ​Ahead of the September 9 kickoff in Canada, the Queen of Pop revealed the designers behind her costumes: Jeremy Scott for Moschino, Alexander Wang, Gucci’snew creative director, Alessandro Michele, Fausto Puglisi, Prada, Swarovski and Lebanese designer Nicolas Jebran​.

Final sketches for the designs have not yet been revealed, but the singer took to Instagram to share a sneak-peek at some of the looks, including a pair of lace-up Gucci boots and a colorful gown. In the past, Madonna has famously collaborated with Jean Paul Gaultier, Karl Lagerfeld at Chanel, Christian Lacroix and Dolce & Gabbana for tour wardrobes that birthed some of her most iconic looks, including Gaultier’s cone bra, which debuted at her 1990 Blonde Ambition tour. With a multi-faceted designer lineup this time around, the on-stage looks for Madonna’s 10th worldwide tour may just be some of her best yet.

Nothing Glamorous about this bathroom but these Gucci Boots are Eeeeevrythang! ❤️#rebelhearttour