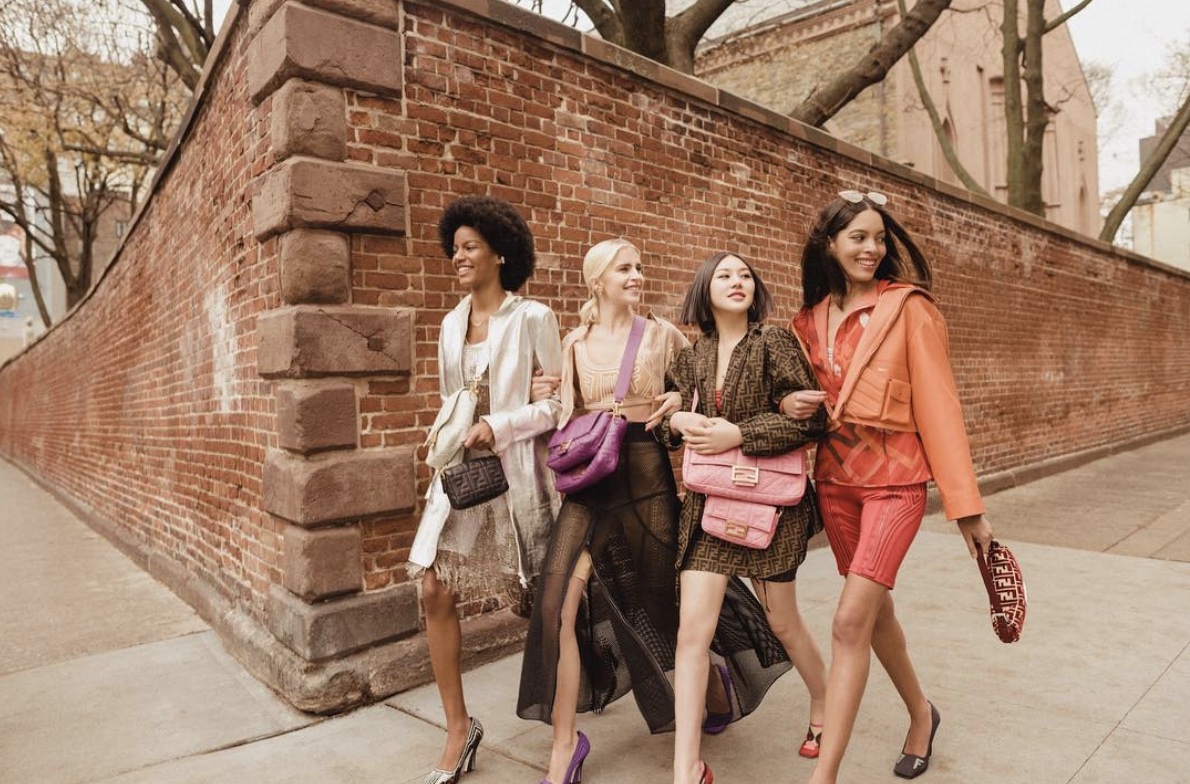 Although Sex and the City was last seen on our screens 15 years ago, the wardrobe of Carrie Bradshaw remains just as iconic today as it was back then.

“This is not a bag, it’s a Baguette!” Fashion, friends and Fendi — here’s an exclusive first look into the last episode of the @fendi #BaguetteFriendsForever series ⁣in the Big Apple.⁣ ⁣⁣ Starring influencers and models @carodaur, @natashaxlau, @eboneedavis and @melissamartinez14 ⁣with a special guest star at the end.⁣ ⁣⁣ The #FendiBaguette is back.

So, it’s no surprise that that Italian fashion house enlisted Sarah Jessica Parker to help give the bag a 2019 revival through its #BaguetteFriendsForever ad campaign.

The advert stars German influencer Caroline Daur alongside models Natasha Lau, Ebonee Davis and Melissa Martinez. It tells the story of how Daur has fallen in love with a purple sequinned Fendi bag in the shop window and can’t stop thinking about it (we’ve all been there). But when she finally goes to buy it, she finds out someone got there before her.

Daur rushes to catch up with the customer and cries out “Ma’am, I need that bag!” As that customer is revealed to be Parker (or Bradshaw), she turns and replies “Oh, this isn’t a bag. It’s a Baguette.”

More than one million versions have been sold of the original Baguette, which first launched in 1997, not including the thousands of style variations over the years, according to the Financial Times.

Fendi follows in the footsteps of Dior, who bought back one of its cult “it” bags, the Saddle Bag, last year.

Silvia Venturini Fendi, the brand’s famed creative director of accessories, spoke about what inspired the bag’s return. “We like change, but there’s also a bit of nostalgia,” she said, reports Paper Magazine.

“It’s nice to see things come back, but in a different way.”

For Fendi, the 2019 revamp will see the Baguette silhouette released in a variety of different sizes, with detachable shoulder straps, and a cross-body iteration also available.

Culture News
From a biopic on Elton John to a zombie horror film starring Bill Murray and Tilda Swinton.

Beauty Buzz
Why it happens and what to do about it.

Culture News
And the resemblance is uncanny.