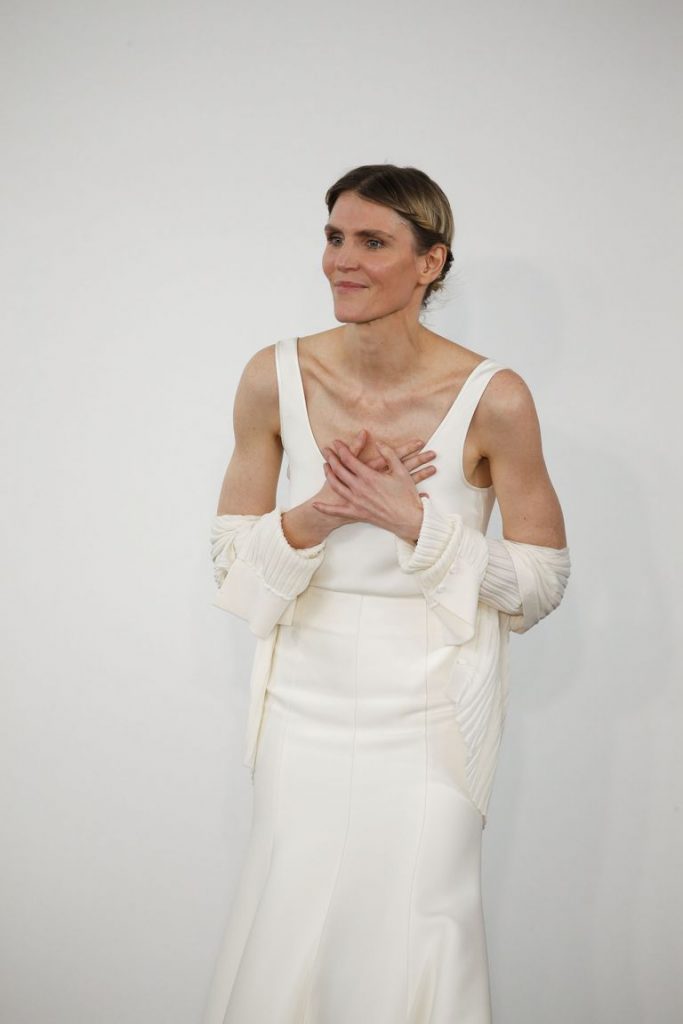 If ever an example was needed of the type of woman who shops at Gabriela Hearst, or just proof of how much women love her clothes, it’s the shopper who enthusiastically accosts the designer prior to our interview – the wife of a former White House high-flier.

It doesn’t feel very Gabriela Hearst to name-drop so I won’t, but she’s the type of woman with real cause to buy elegant, timeless clothes with an air of artful cerebralism.

She tells Hearst that she bought one of her dresses to wear to a White House function and that its Morse code detailing spelling ‘love’ along the sleeve impressed officials. She says that the dress, bought four years ago, hasn’t aged or lost its appeal. In fact, she says it’s “perfect”. 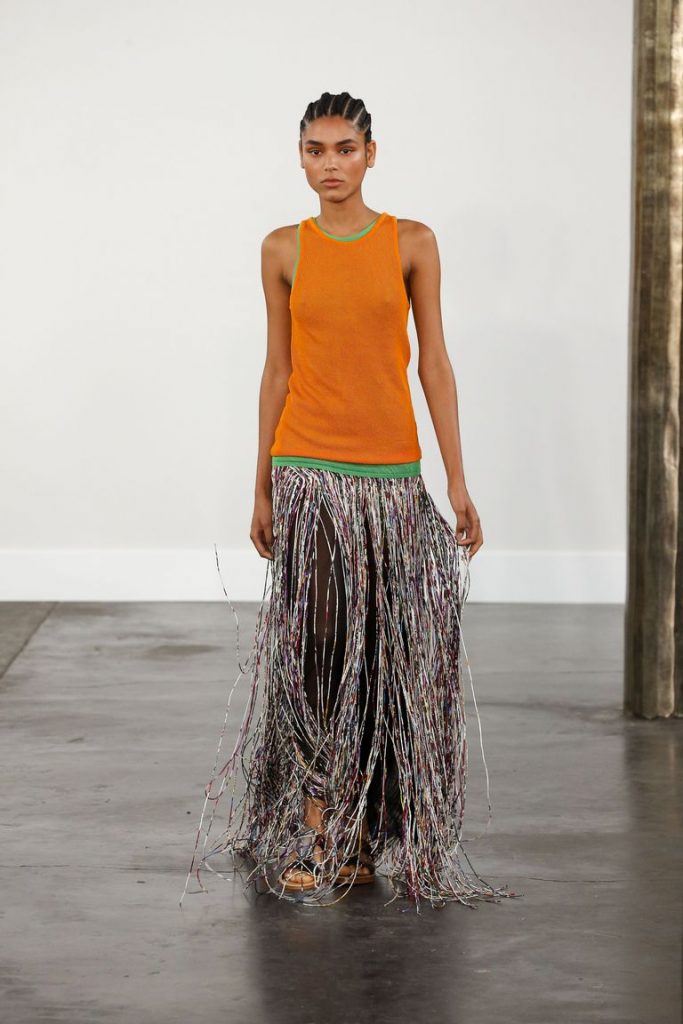 “That is the best compliment you can give me,” Hearst tells me after her fan has left the store, her first boutique in London. “My design effort is to build something beautiful that is well-crafted using the right materials that you’re excited about from a design point of view, but that you’ll also have your whole life. That woman upstairs doesn’t want to ever give that dress away; she wants to keep it for ever, and that’s my goal.”

Hearst is one of New York’s most influential designers, famed for her quietly elegant collections that focus on sustainability. Since first launching in 2014, her luxury label been compared to The Row and to an American version of Hermès thanks to her refined, elevated aesthetic and emphasis on craftsmanship. Tailoring is her signature, and her bags – particularly the Nina – have become among the industry’s most-wanted. Far from meeting demand by selling her bags to every big stockist, she keeps distribution limited, which naturally adds to their allure.

“I don’t want to be hot, or cold. I’d rather be lukewarm”

“People associate timelessness with being boring, but it’s so far from that,” she says. “If people are going to invest in beautiful clothes, they need to last. I don’t want to over-design and I don’t follow trends. I felt there was a place in the market for someone who gives more and I’ve been proved right – we keep growing. I don’t want to be hot, or cold. I’d rather be lukewarm and slowly growing.”

Sustainability is at the core of the brand, and with the credentials to back it up. Earlier this month, she staged the first carbon-neutral fashion show during New York Fashion Week, minimising carbon footprint through working with EcoAct and making a sizeable equivalent donation to the Hifadhi-Livelihoods Project in Kenya. Hearst says around 25 per cent of her collections are made from dead stock – materials that would have previously ended up in landfill – and she works with 600 women across Uruguay who handmake her designs.

“Oscar Wilde said ‘a small act of kindness is more important than any great intentions’ and I believe in that,” she says. “It’s about the actual stuff. With sustainability, it’s not about talking; it’s about the doing. I also think if you put restrictions on someone’s creativity, it gives them more focus.” 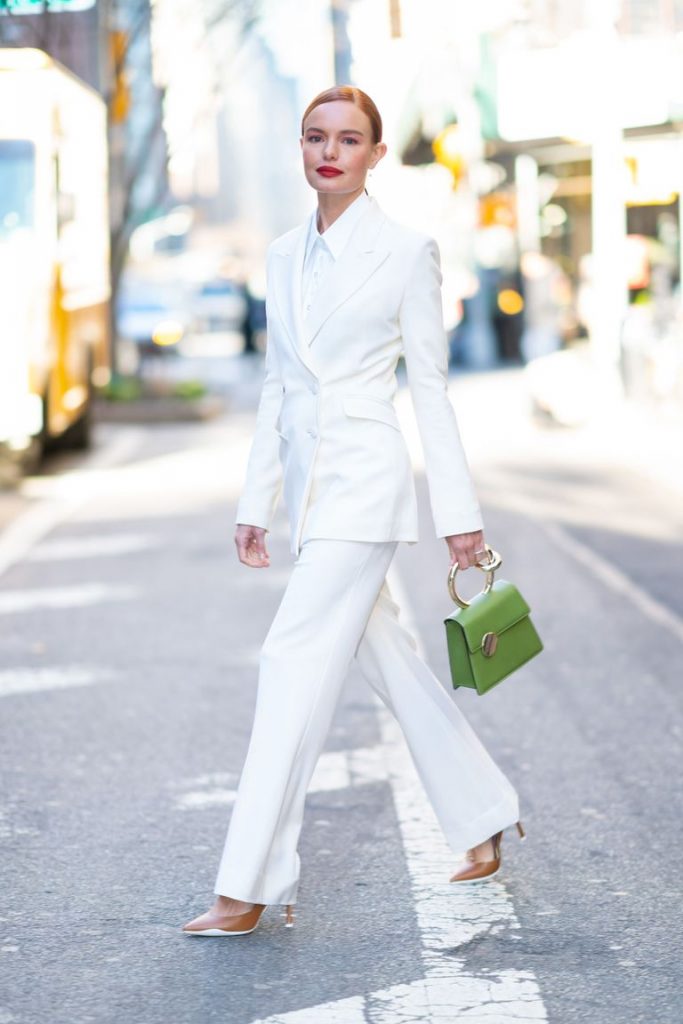 Her environmental focus comes from being raised on a remote ranch in Uruguay, where the nearest supermarket was more than two hours away. Vegetables were homegrown, soaps were handmade and lights went out after the generator had run out of steam.

“I grew up sustainably out of utilitarianism and if we don’t take care we’re going to have to live sustainably out of utilitarianism too,” she says. “Once or twice a month you’d go and do a big shop. It would get dark at 6.30 in the winter, then you’d have one hour with the generator, then it’d be pitch-black. We got solar panels when they came out. My mum is still off the grid.”

Hearst’s life is very different now – she lives in Manhattan with the US businessman and philanthropist John Augustine Chilton Hearst of the Hearst publishing dynasty. Yet, her commitment to sustainability hasn’t waned – soon, the brand will start sourcing information that goes back to the very fibres of her woven pieces. Knowing the smallest details of the provenance of a material is, she says, the very definition of modern luxury.

“For me, a true luxury brand knows where each individual material comes from,” she says. “A luxury designer needs to know what’s in the mill, where it came from and who made what; you need to know how things are built. That’s luxury.”

She has, perhaps unsurprisingly, zero interest in trends. “Our path is the path of quality and there will always be people who are drawn to that,” she says. “It’s ingrained in the human spirit to be drawn to beauty. We wouldn’t have all these incredible cultures and art expressions if that weren’t the case.”

Even Hearst’s London store – an airy, bright space on a corner opposite Claridge’s – honours her sustainable credentials. Designed by Norman Foster, it features parquet wood floors recycled from the remains of a military barracks, curved display cases made from trees that had fallen in a storm and biodegradable packaging in which clothes are stored. Noticeably, there are no mannequins or window displays because, as Hearst says, “there is no mannequin that’s inspiring”. The shop has been open only a few weeks and is already proving popular, with sales in its first week exceeding projections four times over. 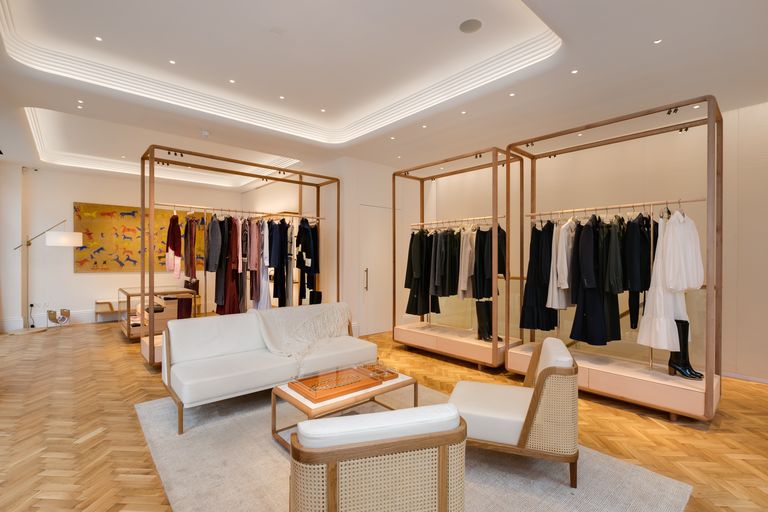 Inside the Brook Street store
COURTESY

“At the end of the day, I’m a seamstress and seamstresses are like cooks,” she says. “Cooks work in kitchens and come out into big restaurants and seamstresses come out of studios to some recognition. We’re both providing a service. That’s why we’re in front of a hotel, to remind people that we’re here to provide a service.”