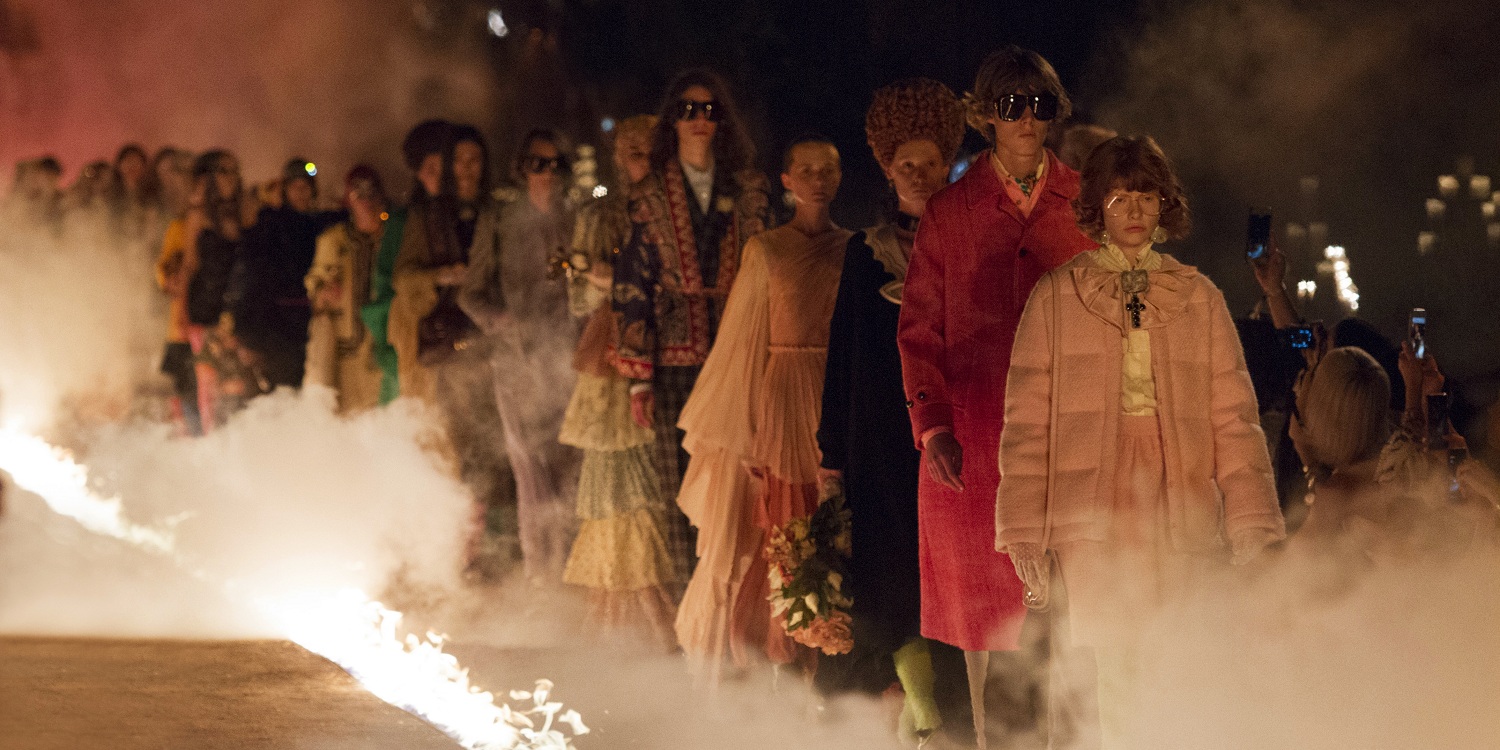 Alessandro Michele was greatly inspired by the idea of death and his fascination was apparent in the ghostly motifs and dark feel of the show, all to the haunting soundtrack of Claudio Monteverdi’s “Vespers of the Blessed Virgin”. Here and there were pieces adorned with symbols from ancient graves as well as models wearing death masks and the black veils of widows.

On a lighter note, the afterparty was a lively celebration of the house’s brilliance and splendour, with guests like A$AP Rocky, Saoirse Ronan, Petra Collins and Salma Hayek Pinault. Entertaining the crowd was Sir Elton John, who performed some of his greatest hits including “Your Song,” “Rocket Man” and “I Guess That’s Why They Call It the Blues”. Incidentally, the British singer will be wearing Gucci for his three-year “Farewell Yellow Brick Road” tour.

Check out the show in pictures here: 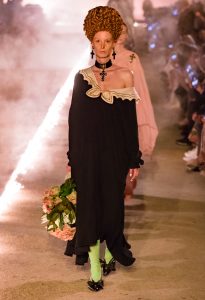 Courtesy of Gucci by Dan Lecca