The show was a star-studded affair ... 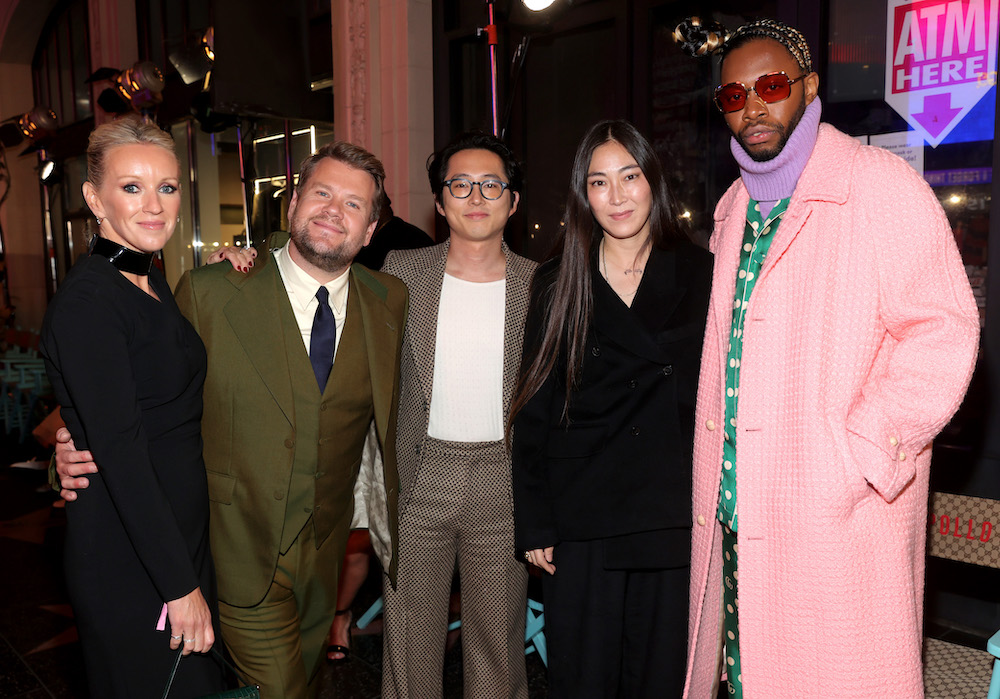 "Nine letters dripping with desire." The statement stuck like glue on the mind. It's significance heavy and meaningful. For who can deny the allure of Hollywood? In a move that was quintessentially Gucci, the Italian House took over Hollywood Boulevard to present a monumental show—aptly coined "Gucci Love Parade"—befitting the inspiration.

"Mum worked in the film industry as an assistant in a production company. I remember all the stories she told me, and the details and the sparkles, about that dream factory," said Alessandro Michele about the spark that ignited his source of inspiration. It's unsurprising that like many, Michele was drawn to the magnetic spell casted by the divinity and hypnotic aura of cinema; his attraction towards the fairy-tale world magnified thanks to his mother's personal experience and vivid memories. "Those subversive tales helped me in piercing the grayness. That was my escape, my desertion. Down in that tiny speck in the world, HOLLYWOOD seemed a bright and shiny star," Michele continued. 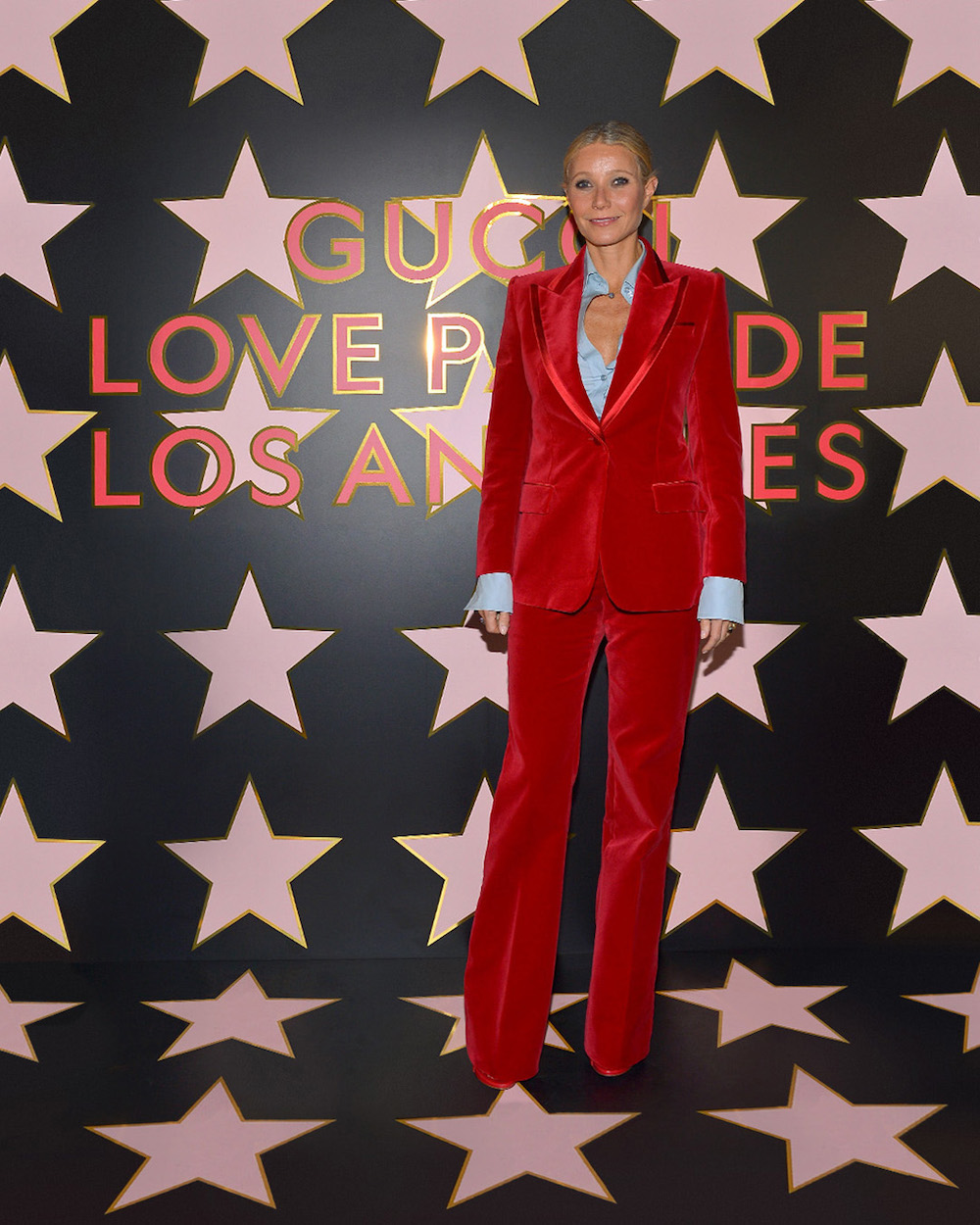 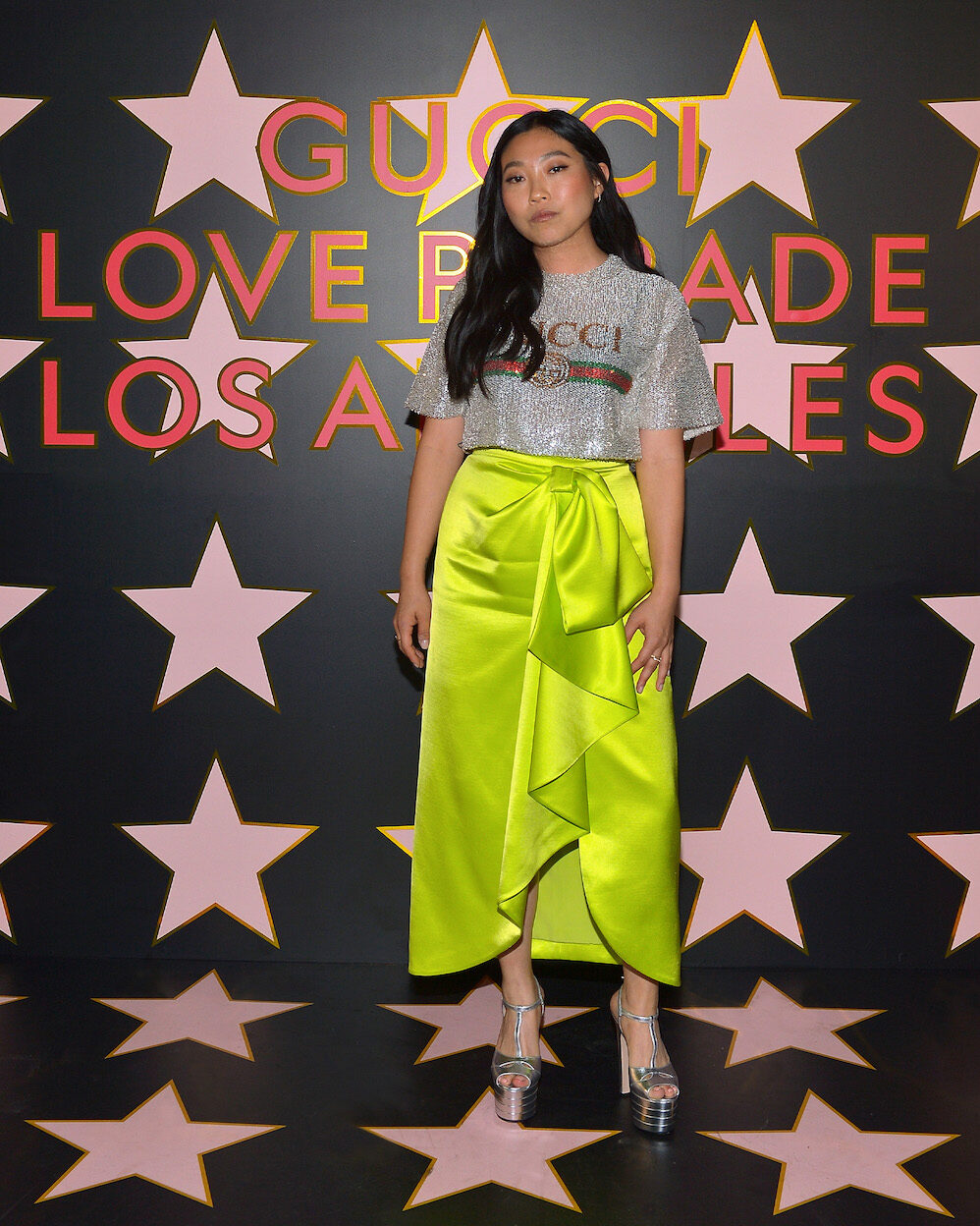 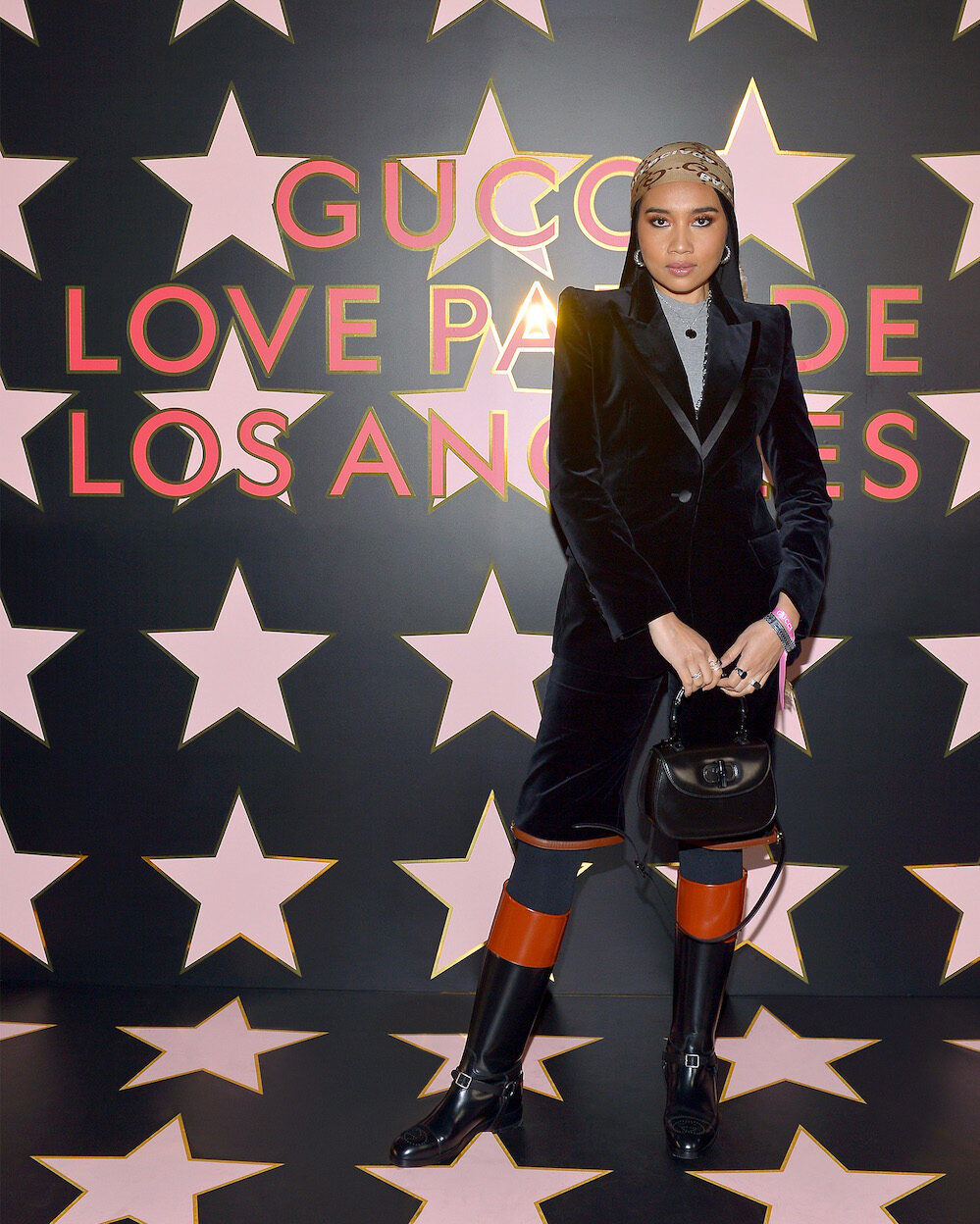 To say "Gucci Love Parade" was a star-studded affair is an understatement. An ode to Hollywood, the presentation was a celebrity-fuelled extravaganza that saw Jared Leto, Jodie Turner-Smith and Macaulay Culkin walk the runway to a distinguished guest list that included House ambassadors and other major celebrities such as Lizzo Beating and Billie Eilish to name a few. Note Gwyneth Paltrow who reprised her iconic 1996 red velvet suit ensemble with a look from Aria.

Honing in on the inspiration, the collection was saturated with the glitz and glamour associated with Hollywood, complete with gowns dripping in embellishments, and maximalist suits and tuxedos. The pure decadence of old Hollywood glamour—literally—was on full display for the world to see, topped off with a serving of confidence and an unrelenting sexiness that spoke to the spirit and charm of Hollywood. Amidst the lace, feathers and tailored pieces, sporty elements peeked through in neon brights, teamed effortlessly with sneakers and heels. It was a refreshing development that grounded the dreamy tropes of Hollywood with reality.

In the press statement, Michele likened Hollywood to a "Greek temple populated by pagan divinities" with actors and actresses worshipped as transcended beings that shifted between the realities of our world and our imagination. The presentation in its entirety embodied the notion seamlessly.

Scroll below for our favourite looks from the show. 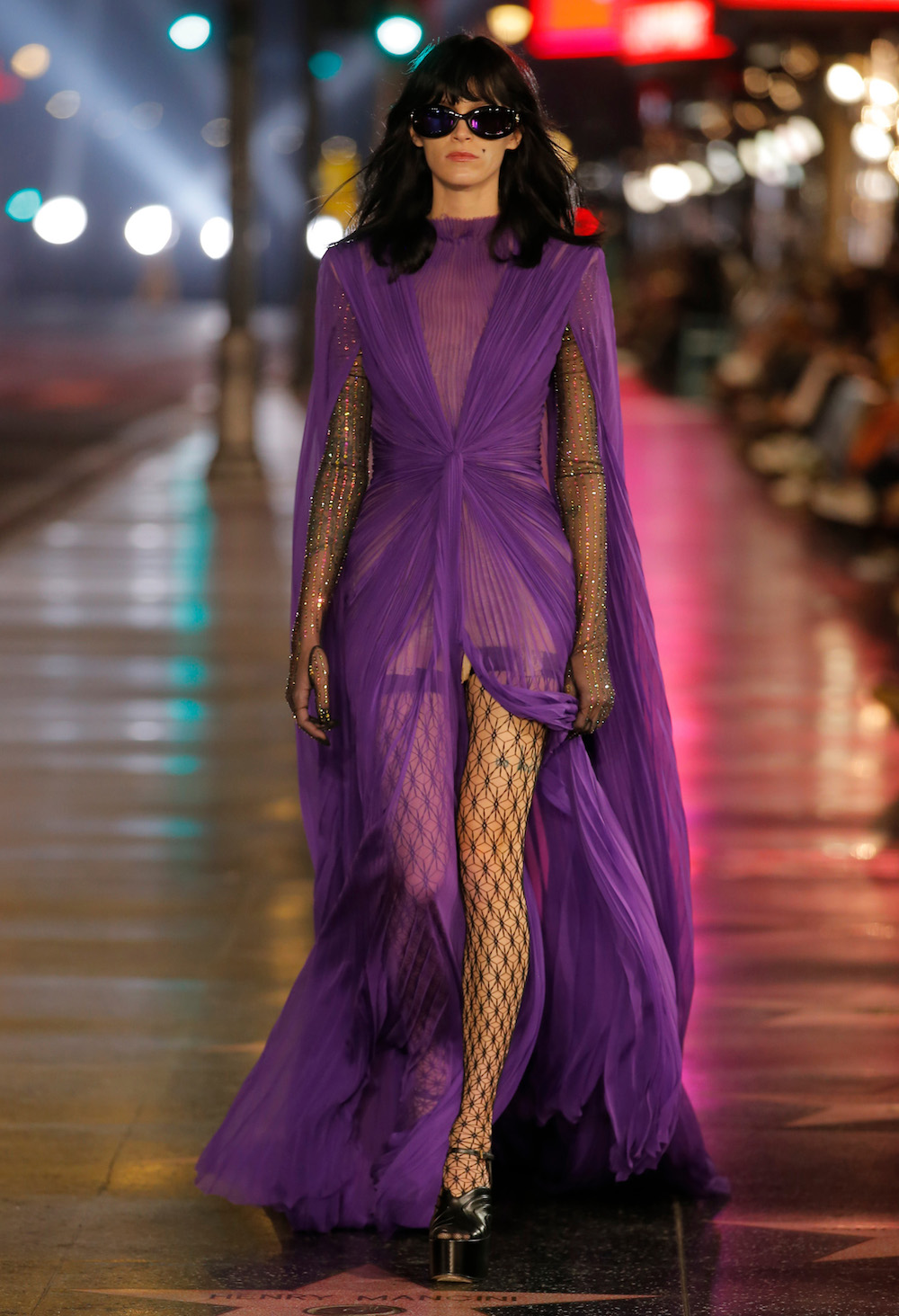 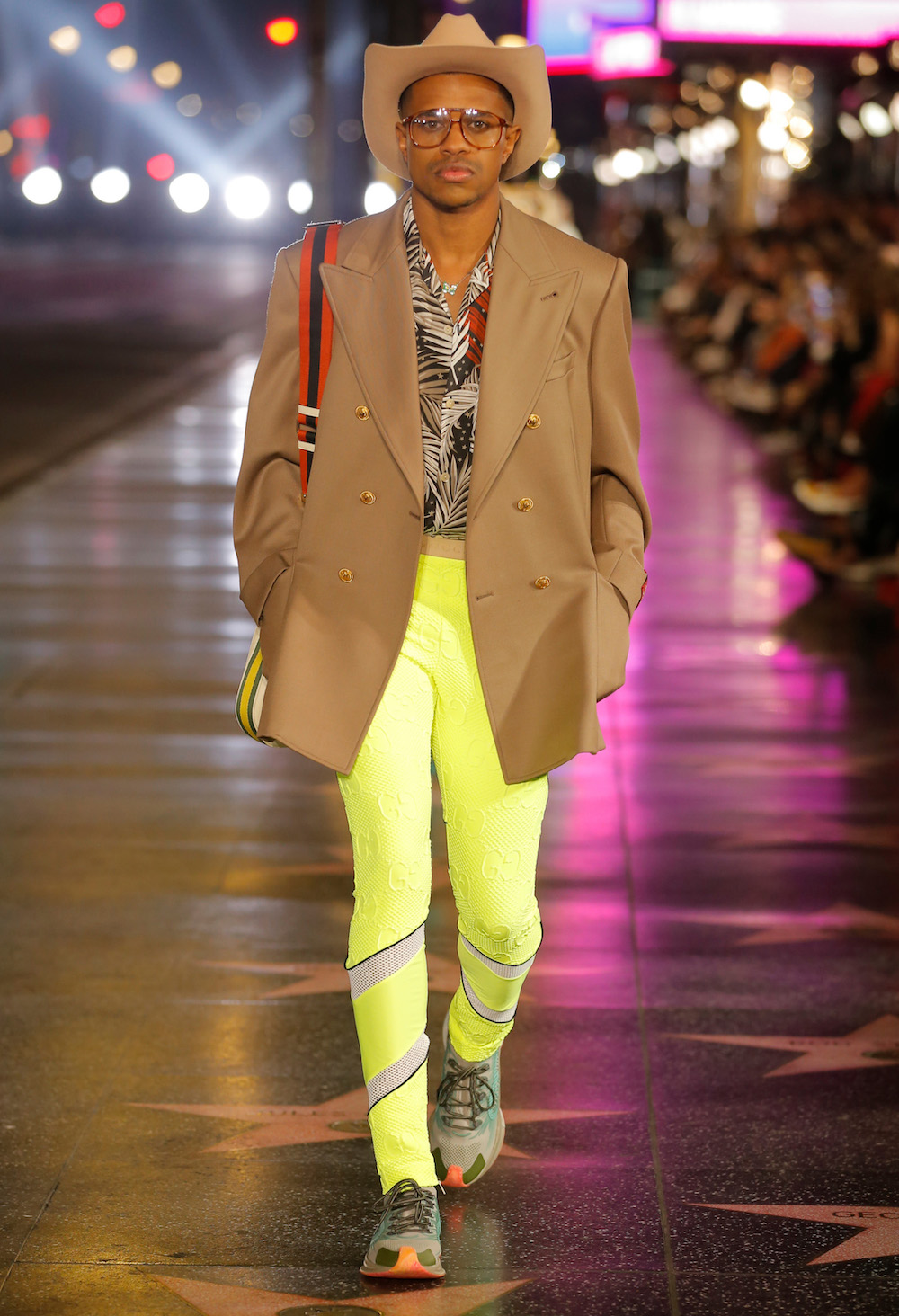 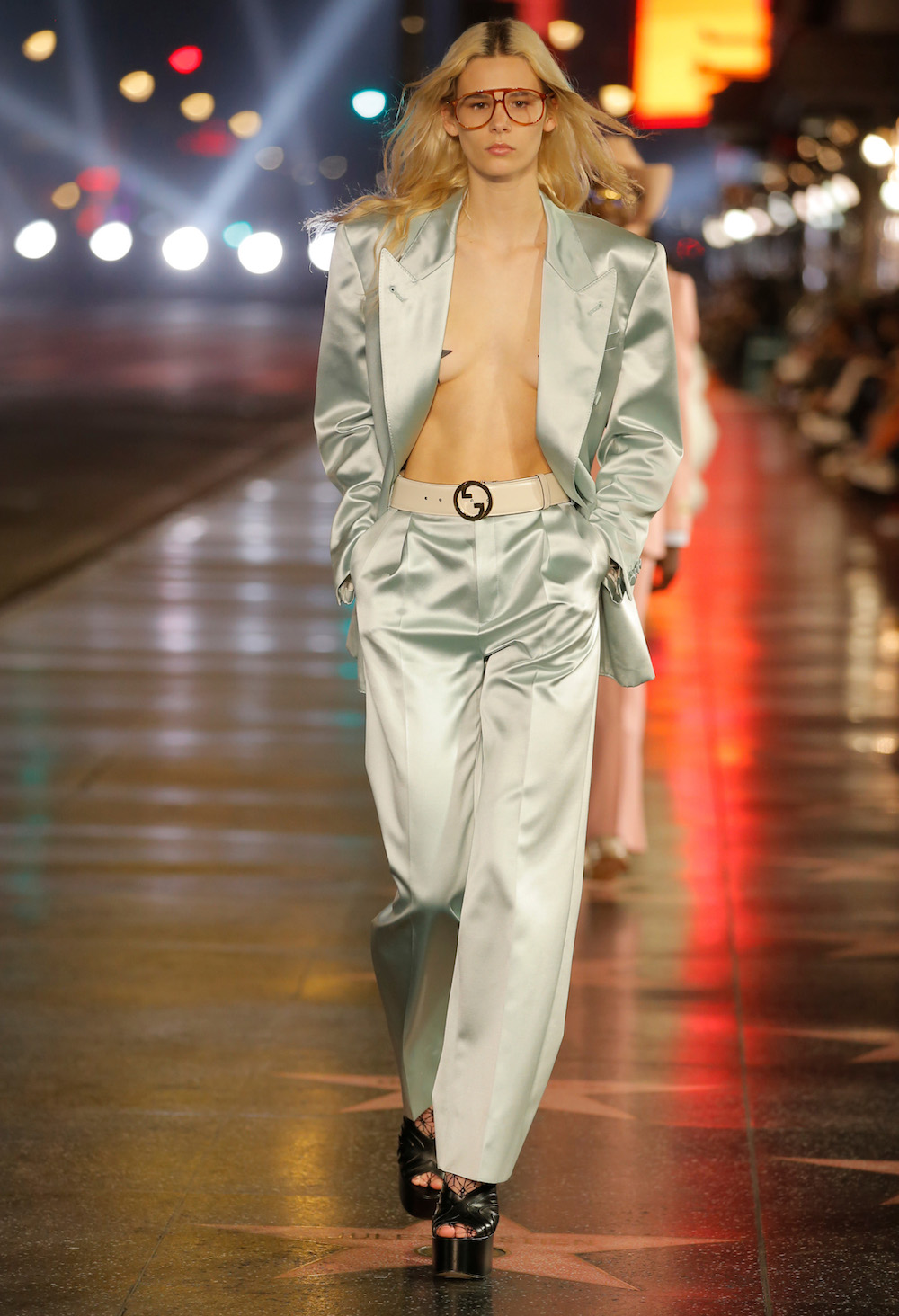 All images and video courtesy of Gucci.