From Christian Dior, Schiaparelli, and Chanel to Valentino, Givenchy, and more, haute couture is the Olympics of fashion. It’s where the best handiwork, techniques, embroidery, and construction come to a head on the runways in Paris in the form of veritable confections and perfectly tailored suiting. Here, the best looks from this week’s array of collections à Paris.

In a nod to Coco Chanel’s roots in Aubazine, a commune in central France where the designer spent some years in the area’s orphanage, Virginie Viard tapped into the young allure of schoolgirls, sending her girls down the runway in a garden surrounded by linens hanging out to dry and tomatoes on vines. The designer is continuing the trend we’re seeing most frequently at haute couture—that high fashion isn’t just for gala circuit clientele—and Viard tapping into the roots that led Chanel to become a suit-wearing renegade embraces that same sentiment.

The show’s opening tweed suits featured proper knee-lengths and school matron ankle-grazers, many of which were cloaked in embroidered tulle. The coolest schoolgirls break rules, so some suits were styled with an edge, like the open-jacketed version pictured here. Country girl laces, blouses, and voluminous skirts followed, and the eveningwear’s floral motifs, cropped lengths, and laces felt casual in their formality, especially when styled with the show’s practical shoes paired with prim socks.

To drive home the anti-fuss that was Viard’s latest showing for Chanel? The show’s not-so-grand finale: a bridal look of a simple silk pleated skirt and blouse, accented with a Peter Pan collar and knee-length veil, a far cry from the likes of Karl’s bodacious bridal swimwear finale, encrusted with jewels. —Carrie Goldberg 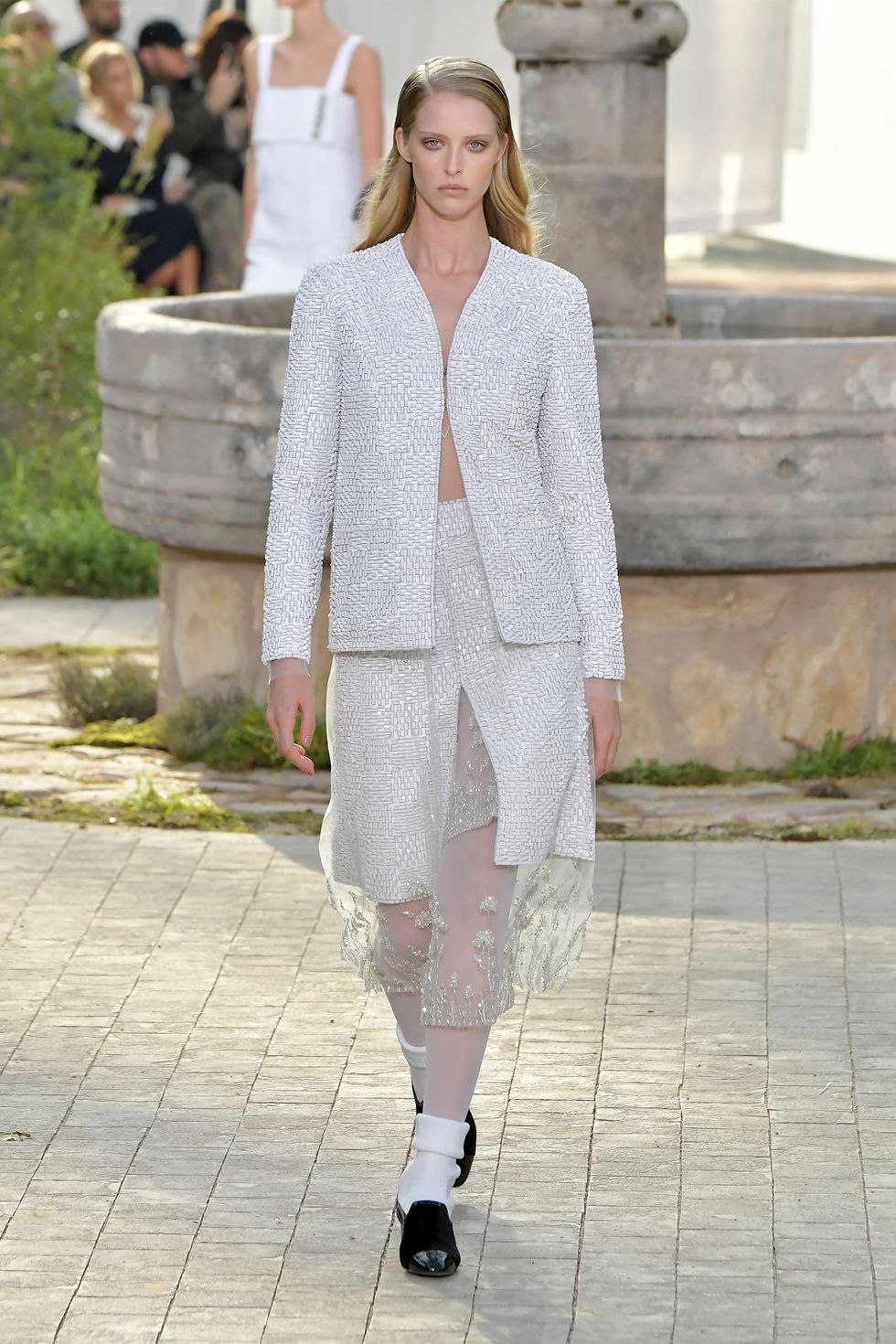 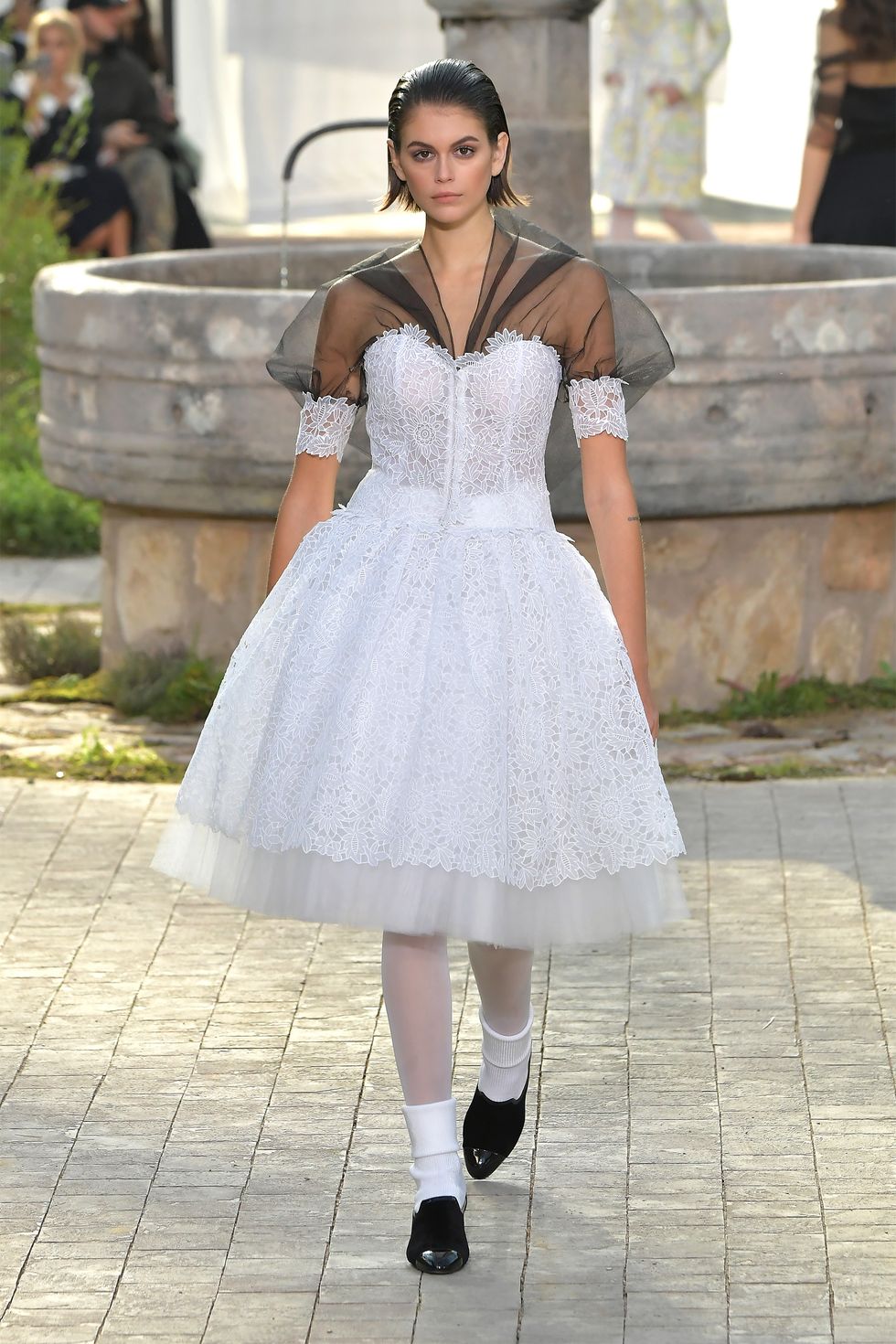 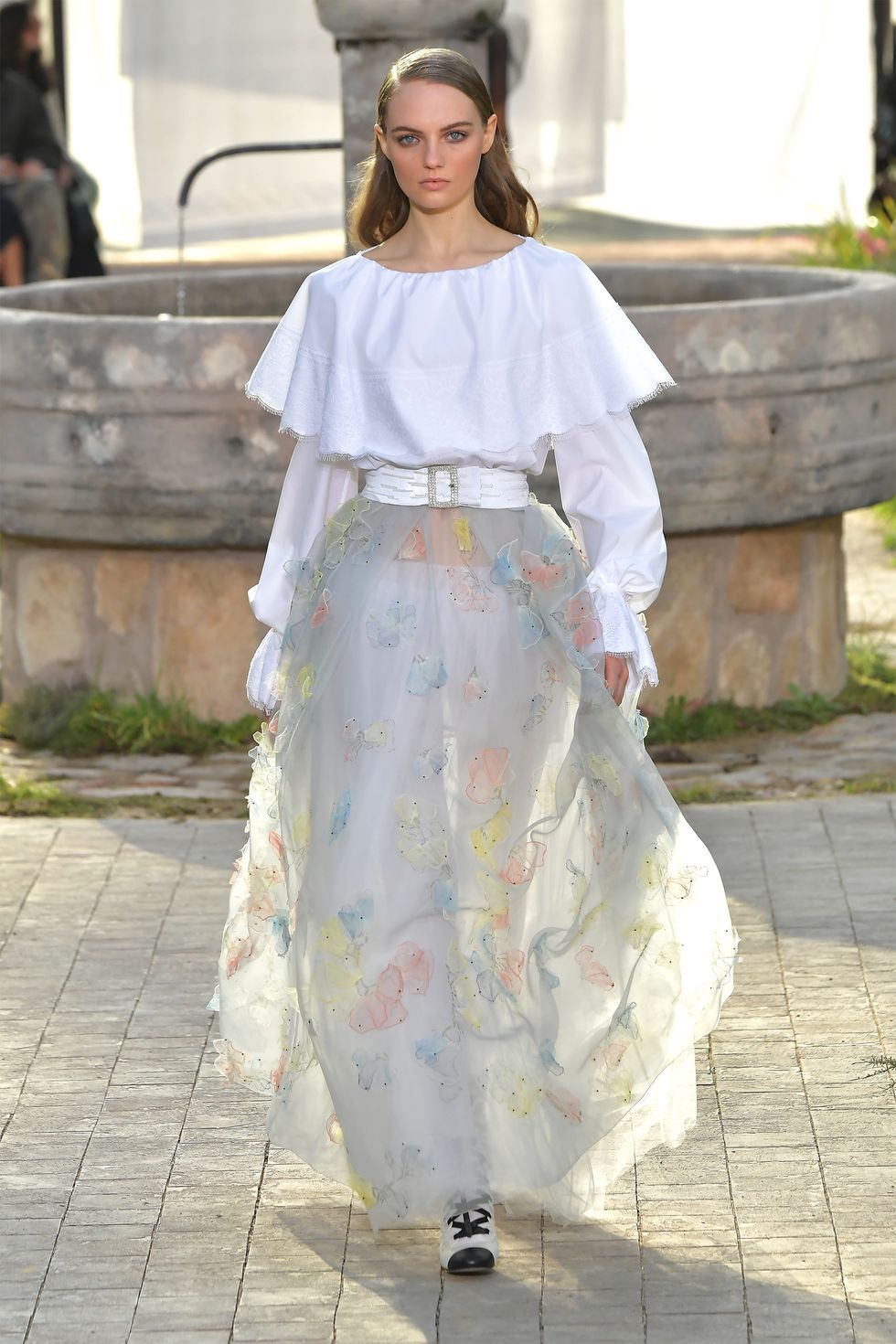 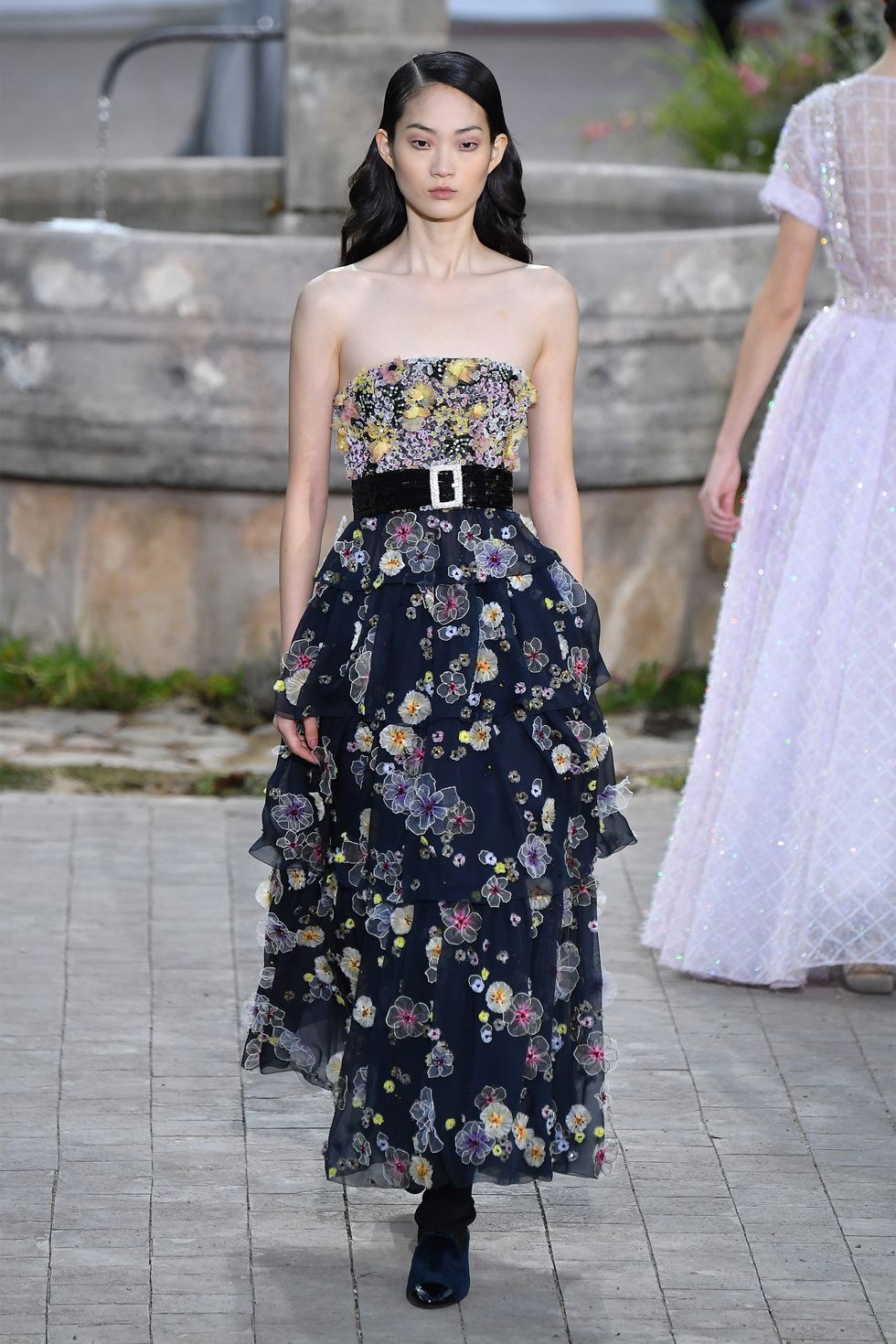 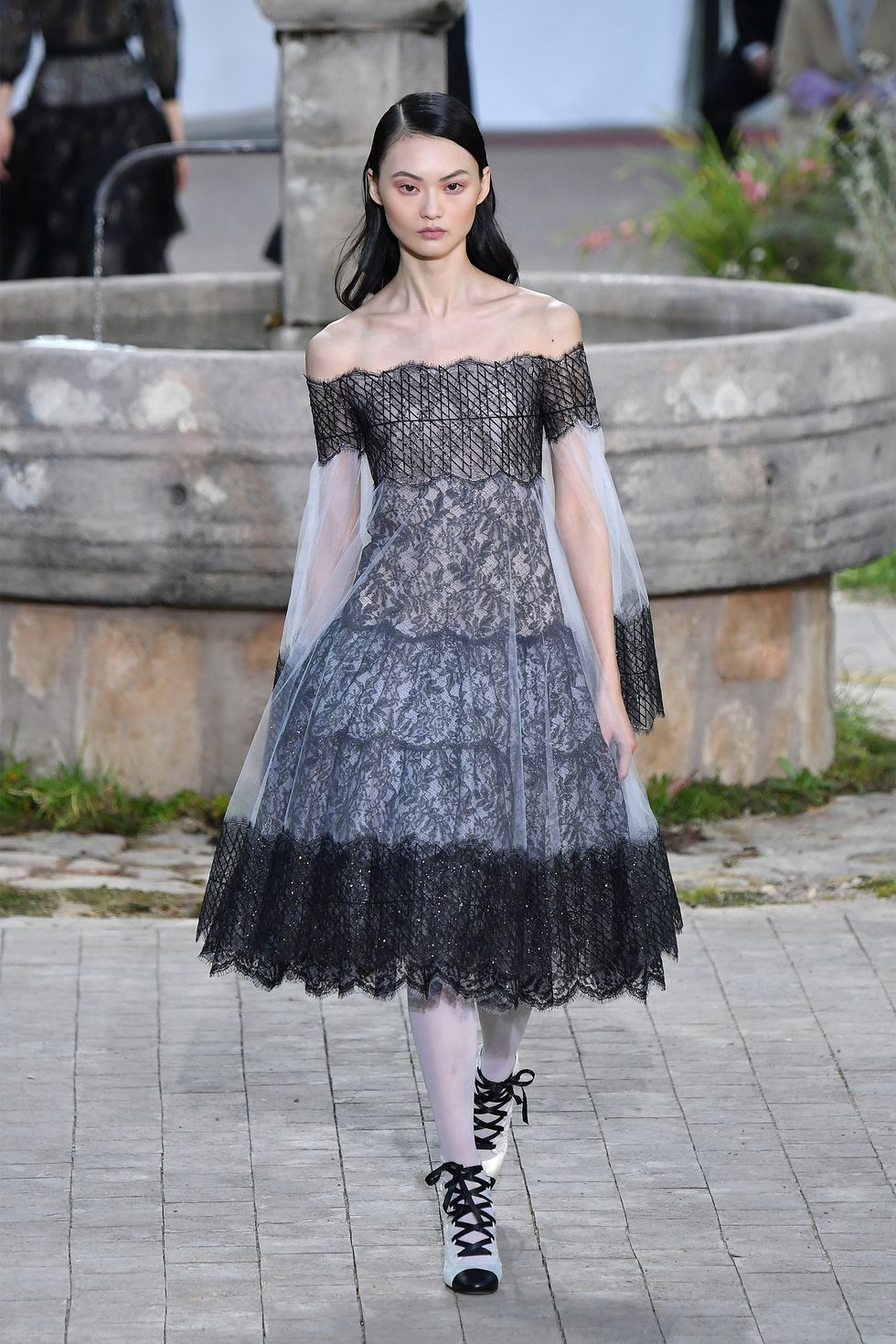